By on Annual Recap Life

When I look back at 2014, I think: Man, I worked hard and accomplished a lot.

I’ve long been a preacher in support of living a balanced life. It’s why you’ll never find me staying late at the office or bragging about how I went to the gym 6 out of 7 days last week. Honestly – I’ve got too much going on in my life to afford to spend that much time on any one endeavor. It’s a very delicate balancing act that often requires me to sacrifice my social time – but I love being alone, so this probably doesn’t bother me as much as it should.

Here’s what I worked hard on accomplishing and balancing in 2014: 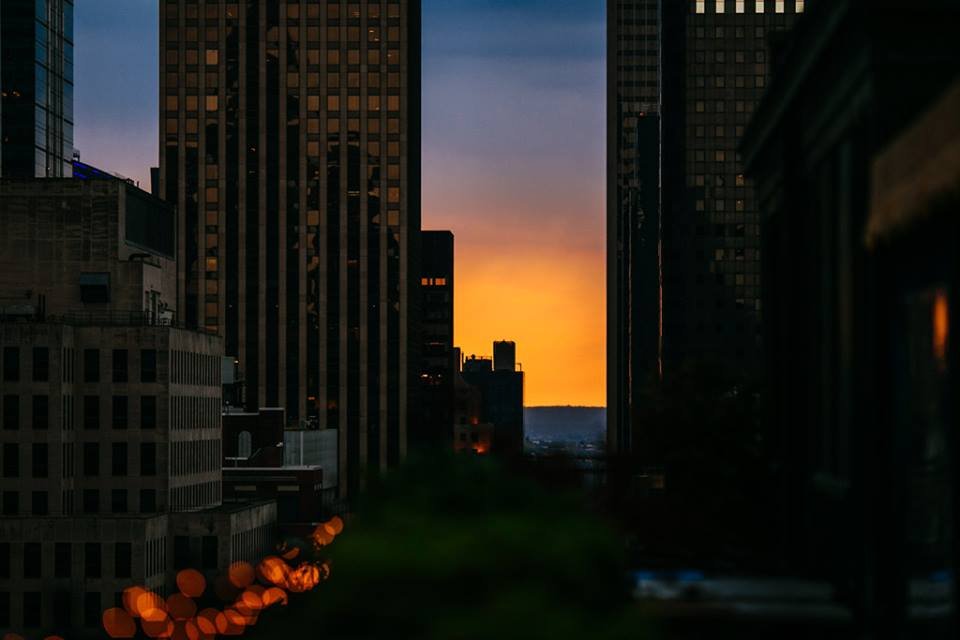 For the first time in my life, I had an office job that I enjoyed and felt like I made a huge impact. For awhile I wondered if this was it – if this was what I’m meant to pursue as a career. Am I a Sales Operations professional? Could I identify with that title? I think the answer to that is clear now, as I draft this post in a little moleskine notebook whilst laying in a beachside hammock in Queensland.

3 nights a week, I’d leave work on time and head straight to crossfit for an hour of serious ass kicking. Crossfit gets a fair amount of bad rap from haters, but it’s an excellent fit for me. And it WORKS. I’ve never felt or looked more fit in my life, even back when I used to devote twice as much time each week to the gym. I may still be rubbish at jerks and snatches, but I can deadlift 185 pounds (and brag about it ;).

Once work, crossfit, and dinner were done for the day, I’d turn my attention to this blog. It’s a neverending labor of love and passion that sees me doing any of the following on a given day: writing posts, editing photos, growing my social media accounts, sharing my own and others’ content on social media, writing and responding to blog comments and emails, networking with other travel bloggers, working on my website, promoting myself and my content, pitching vendors about potential projects and partnerships, and researching and planning travel. My head rarely hit the pillow before midnight.

It’s funny, I completely forgot I had written a 2014 Goals post last year – but I guess my intentions were engrained in my mind because I accomplished most of what I set out to do. In a year, Frugal Frolicker went from 1000 to 2500+ unique site visitors and now averages 11k+ page views per month. I also learned an insane amount about travel writing and blogging: I attended BlogHouse earlier this year, and I recently graduated from my MatadorU travel writing course! 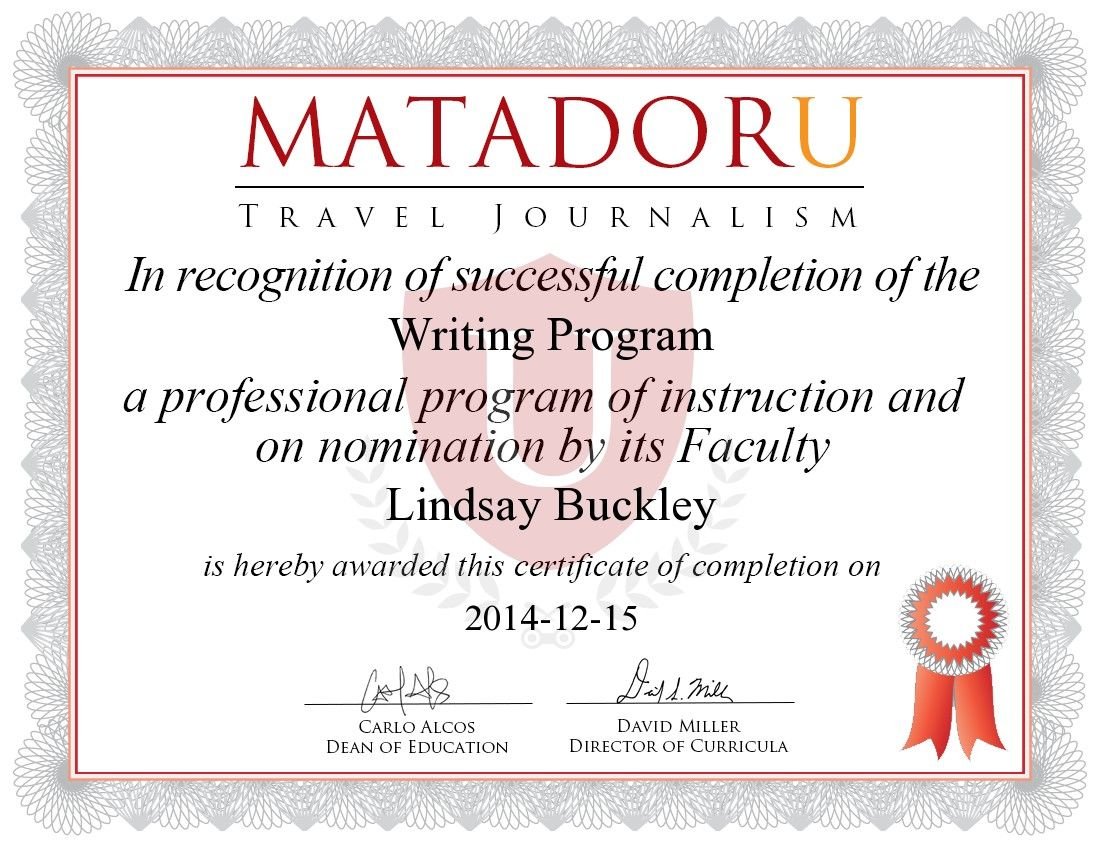 My weekends were generally reserved for frolicking, blogging, and, on occasion,

Though most of my time was spent in New York, I hit 4 continents in 2014 – that’s a new record! I also managed to squeeze in a fair amount of domestic travel, which I’m usually not so great about. (Oh hey, another 2014 goal achieved!)

Here’s a look at where I frolicked in each month this year:

Ah, winter in New York. I typically hibernate around this time of year because I abhor the cold, but I did do a bit of frolicking in the snow: most notably, when I took a day trip out of NYC to go snowshoeing at Fahnestock Winter Park. By the end of January, I had also booked two big trips with the promise of warmer weather: Colombia in February, and Iceland in late summer! 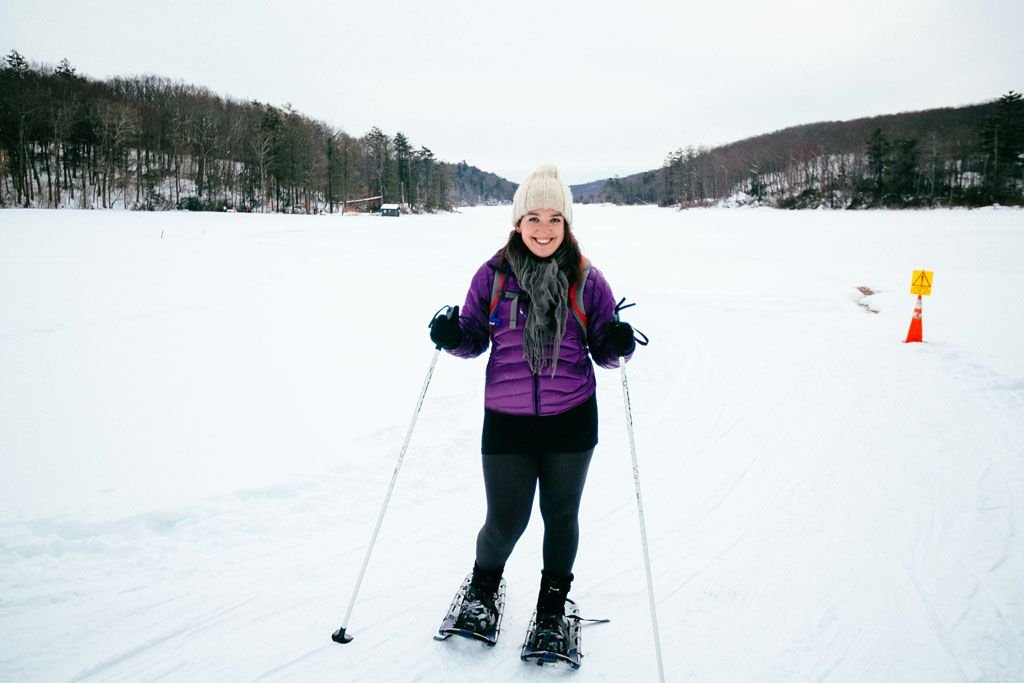 My friend Nicki and I booked a winter escape to Colombia simply because we’d found a cheap flight. It was totally worth it – though if I’m honest, I didn’t love Colombia like I’d hoped to. South America just doesn’t speak to me the way Europe, Southeast Asia, and Australia do.

We hit Cartagena and Parque Tayrona, the latter being absolutely phenomenal and exactly what the anti-winter doctor ordered. I definitely could have done without the insane amount of bug bites below my knees from a jungle adventure in Minca (which actually caused my feet to swell!), the horrific sunburn I got at Tayrona (I have never peeled so badly before), and an extra day stuck in Cartagena due to our first flight being cancelled – but ah well, still worth it! 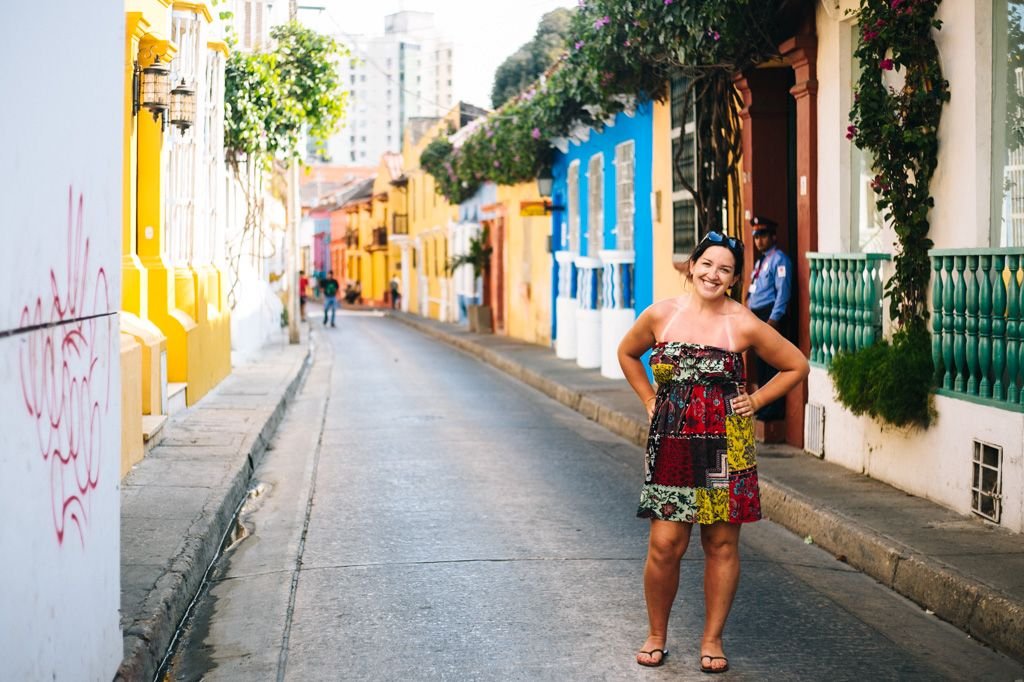 I don’t think anything notable happened in March. It was cold, I was in-between trips getting my winter hibernation on. My instagram tells me I went bowling, rode the Staten Island ferry, and cuddled with my cat a whole lot.

Earlier in the year, I’d snagged a $0 Bolt Bus ticket from NYC to DC for around the time the cherry blossoms would be blooming. Though they hadn’t quite peaked by the time I arrived, I had a great time seeing the DC cherry blossoms and exploring the city by bike on a beautiful spring weekend.

Then I spent a long Easter weekend out in Utah, which ended up being one of the most enjoyable trips I’ve EVER taken despite breaking my toe on Day 1. I flew into Salt Lake City, rented a car, and headed south to Moab where I camped for 3 nights and explored Arches National Park, Canyonlands National Park, and Sand Flats Rec Area. I also tried canyoneering for the first time and LOVED it! I adore the western US and its incredible landscapes, and I must say – Utah is definitely a stunner.

Two things stand out from May: 1). Heading up to Connecticut for my sister’s graduation for Quinnipiac, which we ended up not even staying for due to a bomb threat and a severely-delayed ceremony; and 2). My Aussie friend Teresa stopping by NYC on her way from South America to Canada!

The timing worked out so that I could combine my trip to Chicago with a semi-last minute work trip to San Francisco, putting me on the road for nearly 2 weeks. In SF I attended a conference during the week and spent nights and a weekend frolicking around the city, sampling the best coffee in San Francisco, and biking across the Golden Gate Bridge. Mark my words – someday I will live here!

From SF, I flew to Chicago for BlogHouse, a 3-day workshop for travel bloggers. I had a couple days in the city to myself before it began, which I spent biking along the waterfront, checking out street art in Pilsen, and trying deep dish pizza for the first time. Gosh, Chicago during summer is absolutely glorious. I don’t know why it took me so long to pay it a visit! 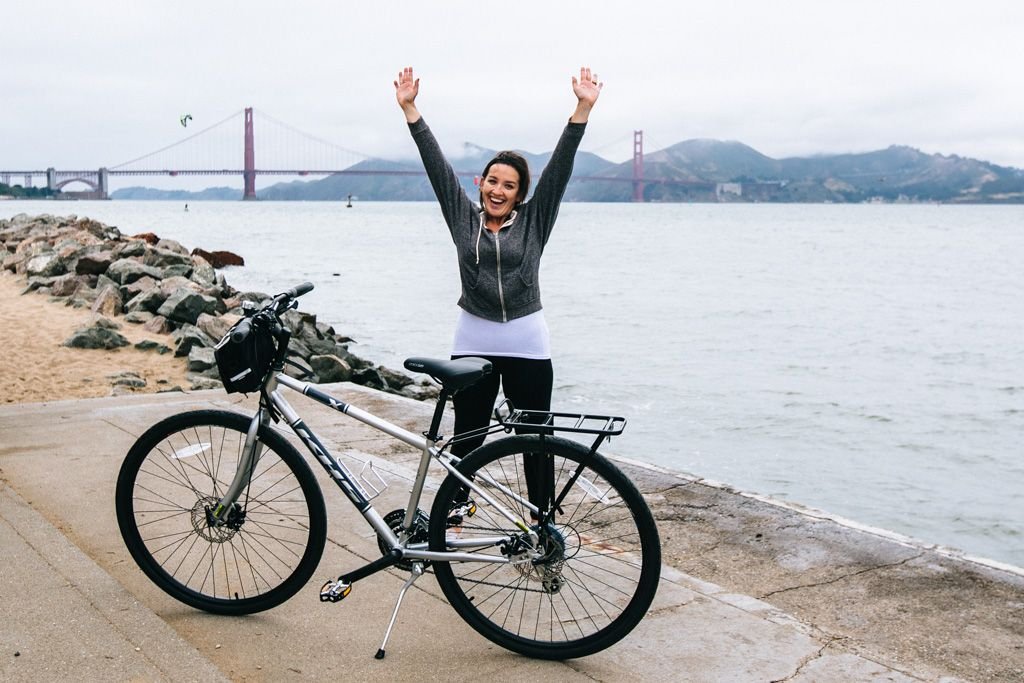 By July, I was in full *must take fun summer trips outside of NYC* mode. I spent 4th of July weekend camping in Cape Cod, where we endured a hurricane in my trusty little tent. Once the weather cleared, we biked the Cape Cod Rail Trail and popped up to Provincetown to see the fireworks.

Two weeks later, I was back in Massachusetts visiting my sister in Boston. We took a sailing trip on the Boston Harbor, frolicked around our usual haunts (the Public Garden, the river), and hit the SoWa market on Sunday morning. 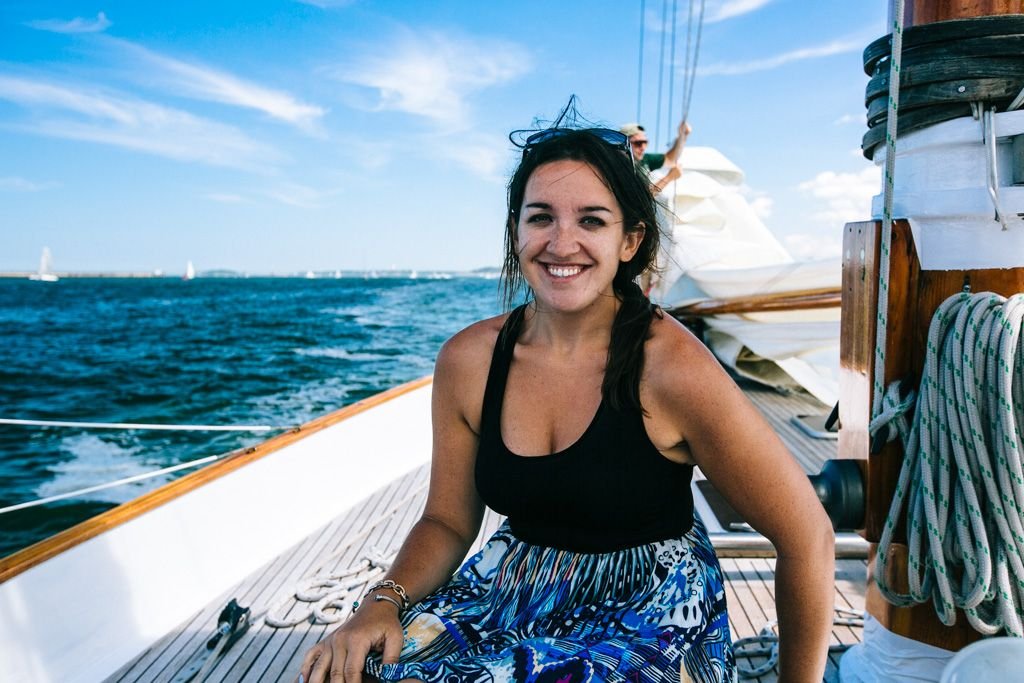 August turned out to be my *OMG summer’s going to be over once I’m back from Iceland, so let’s do ALL THE SUMMER THINGS* month. There were day trips to Fire Island and Breezy Point, a visit from my other sister, and plenty of biking. 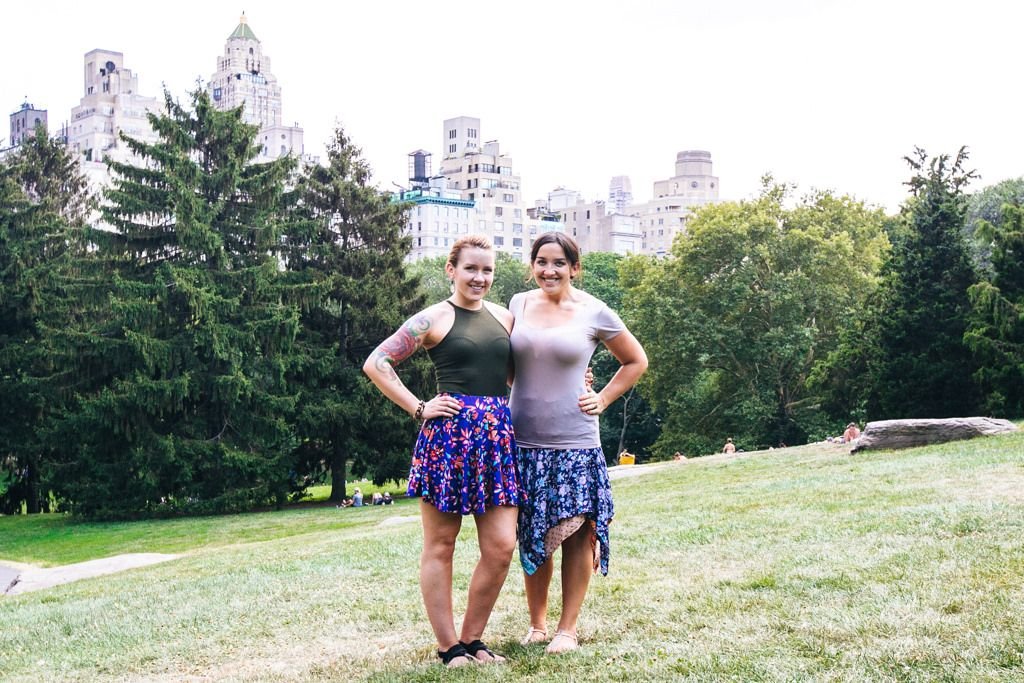 OHMYGOD Iceland. I knew it would be good, but I didn’t know this place would inspire me to quit my job and move to Australia ASAP. I roadtripped and hiked with Nicki and Becca and two others over the course of 2 weeks. My favorite bits of our trip were soaking in all the hot pools, hiking the green hills at Hjörleifshöfði, the Blue Lagoon, the Northern Lights, and the whole damn Laugavegur Trek. 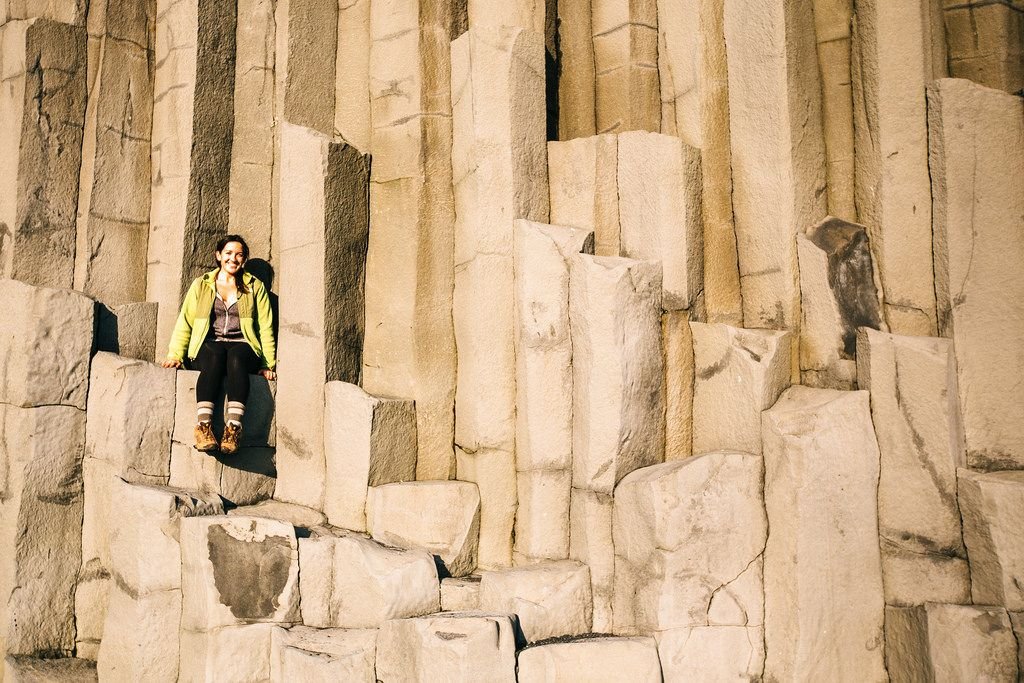 Having just booked my one-way ticket to Sydney and obtained my one year Work & Holiday visa, October was an interesting month because I hadn’t told a lot of people I was leaving (especially work!) and still had until December to get everything in order. So let’s say I was mentally preparing for the move in October and detaching myself from NYC. It hadn’t quite become real yet.

I had one awesome fall escape from the city when some friends and I went upstate to Storm King Arts Center to do some leaf peeping and art admiring. 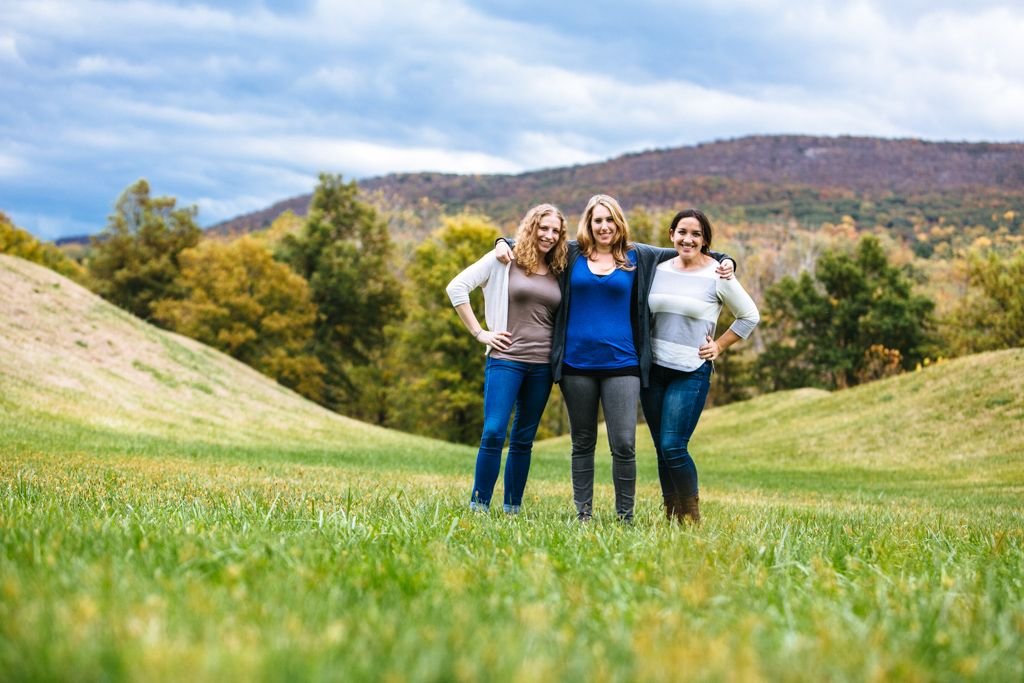 November was a *Holy $^%! I’m moving to Australia soon!* month. I went through the tedious process of sorting out bills, selling and donating items I didn’t want to keep, and consolidating all my belongings into exactly 12 boxes and 3 suitcases. I had pretty much mentally checked out of my New York life by this point. BUT, I fit in a couple visits to Central Park to see the foliage, which I usually don’t get to see much of due to timing and only being able to make the trek uptown on weekends. 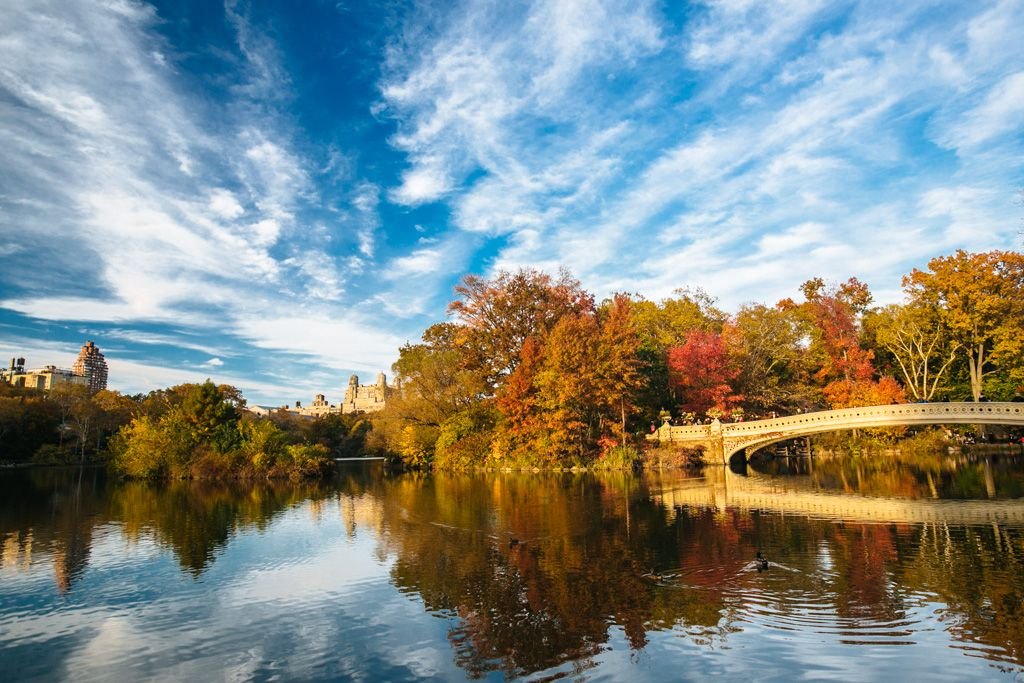 The first week of December saw me crashing on the couch in my (old) apartment, wrapping up things at work, and saying a slew of goodbyes to friends, family, and coworkers before heading Down Under on the 10th. It was harder than I expected, and I cried while parting with my cat on the last day.

But then – Australia!! A week in Sydney and two weeks in Queensland to start my year in Aussie off right. I fell back in love with my old city and got more than my fair share of beach and island time. It was definitely weird being alone and in a tropical climate for Christmas, but it was lovely. I can’t wait to see what Aussie adventures 2015 brings!

Happy New Year, friends! Thanks for supporting Frugal Frolicker in 2014!

Check out my other Year in Review posts: 2013 in Review

Tags: AustraliaColombiahighlightsIcelandlifereviewsolo travelUSAwork
Previous ArticleWhy You Should Use Tinder To Tame Your Wanderlust
Next Article Highlights From A Great Barrier Reef Scenic Flight