“Is that a cloud? Or is that the Northern Lights?”, Johna wondered aloud with controlled enthusiasm. I quickly swiveled my bar stool to face the window behind us and squinted to see outside from Kex Hostel.

“Huh… mayyyyybe…?” I said, hopping down to get a closer look. We saw what looked to be a light green cloud in the sky just over Reykjavik Harbor, which vanished within seconds. Wait, did we both just imagine it?

Not more than 30 seconds later, the green cloud reappeared in the sky just to the left of where we’d seen it. Then it grew darker. “THIS IS IT! THIS IS IT!” I shrieked with more excitement than I’ve ever felt on a Christmas morning. Nevermind that we’d just been served our order of delicious herbed potato wedges and fancy cheese, or that the dapperest of Nordic male specimen had insisted we wouldn’t be able to see it from here, or that I’d just smacked a metaphorical *HEY EVERYONE I’M AN AMERICAN TOURIST* sign on my forehead.

I bolted upstairs to our room, grabbed my camera and tripod, and hustled to the waterfront to witness the most colorful of Mother Nature’s performances from the front row. 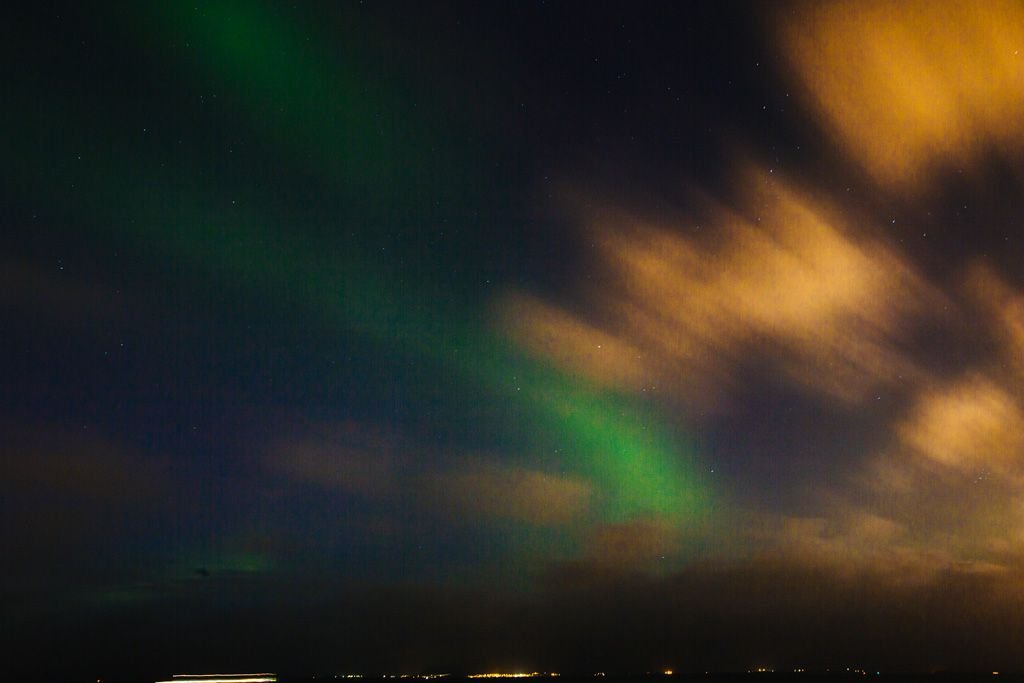 Nothing about this Northern Lights experience made any sense. Most sources insist that you’re most likely to catch them from October through April, somewhere in the 10pm-2am range, in a clear sky in the middle of nowhere. Yet here we were after 2 weeks of camping in the wilderness and being on constant lookout for them, randomly witnessing the Northern Lights at 9:45pm on September 12 in Reykjavik.

It was crazy. It was perfect. 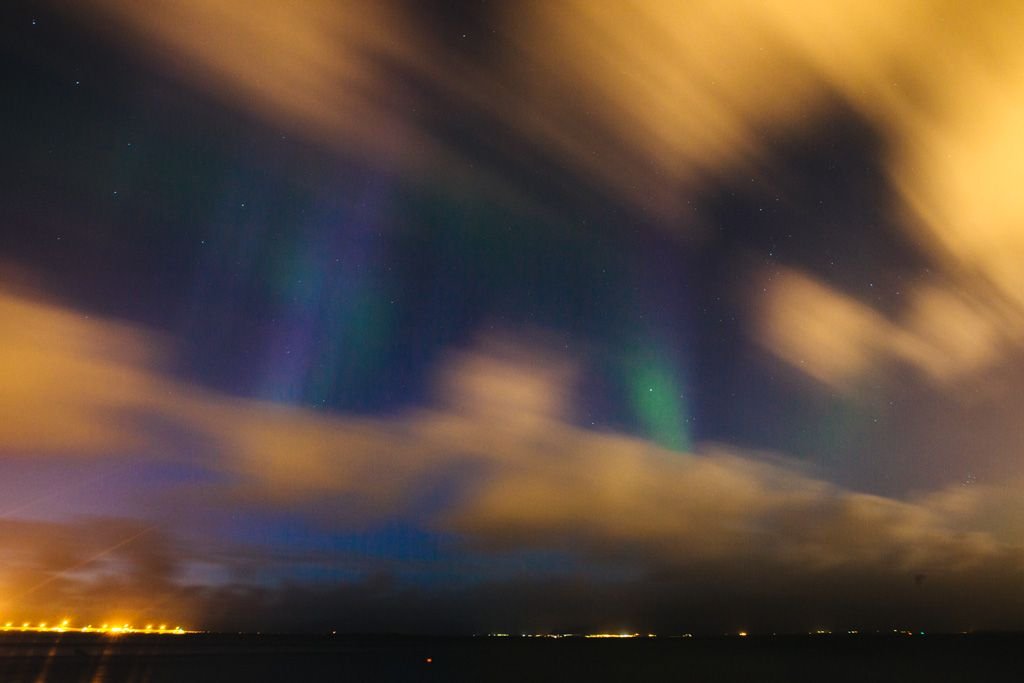 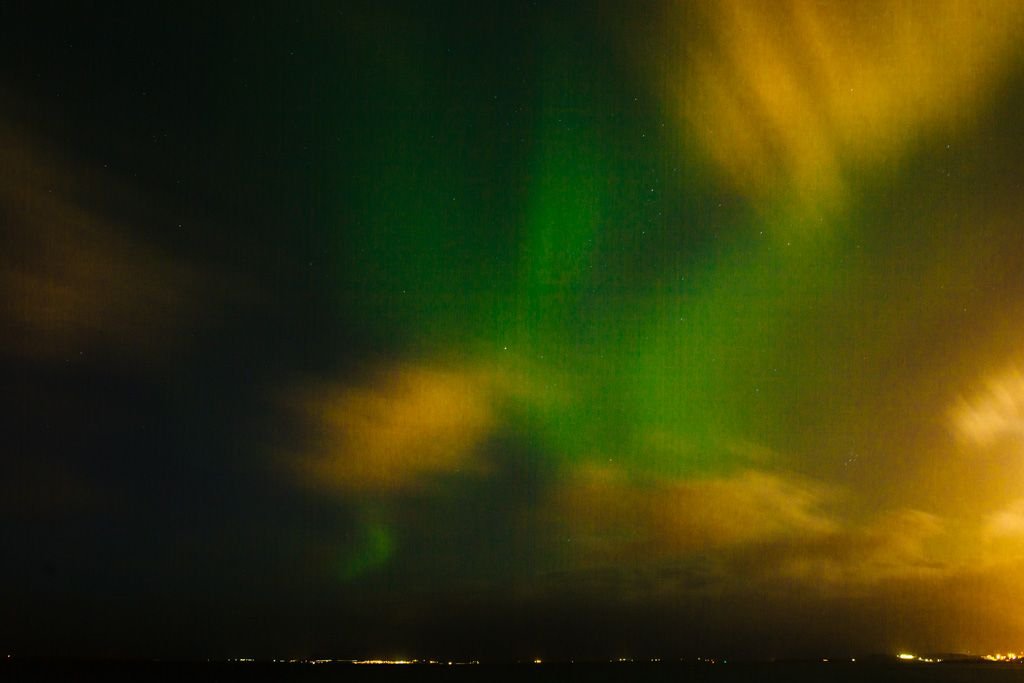 I watched with my mouth agape as small splotches of green appeared throughout the sky, one or two at a time. They slowly grew in size and intensity, then disappeared within minutes.

No, it wasn’t the dramatic multi-colored display I’ve seen on countless postcards or even on Instagram the week before our trip. But it was my first time seeing the Northern Lights. You always remember your first time; and if you’re lucky, it’s with someone special – somewhere special.

I couldn’t have asked for a better first time seeing the Northern Lights: with some great friends on our last night in Iceland.

Have you ever seen the Northern Lights? When and where?