I recently spent 2 weeks drooling all over the scenery traveling in Iceland. In a span of 15 days, we roadtripped around the Ring Road (and beyond!), hung out in Reykjavik, and hiked through the highlands. And for the first time ever in my international travels, I bucked up and bought a local SIM card – yup, I threw $12 at the privilege of having social media access while on the road. YOU’RE WELCOME.

In the end I think I instagrammed something like 45 shots from Iceland, which is just a tad too much for one blog post. So to narrow it down a bit, I decided to post my Top 10 most-liked #iceventure14 instagram photos. Thanks to all who followed along on my Iceland adventure and engaged with my instagram feed!

Here are your favorite Iceland instagrams (in chronological order, rather than by most-liked) — 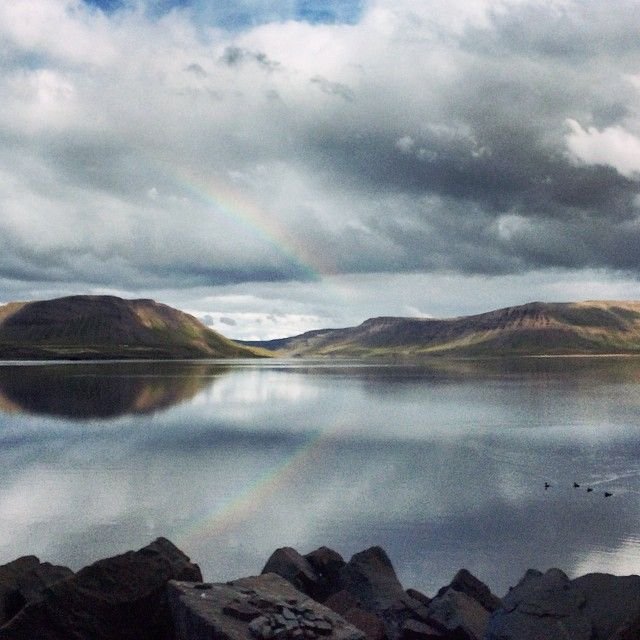 The rain wasted no time in greeting us on Day 1, but then WE SAW A RAINBOW! Cue rapid-fire shutter clicking through the car window. 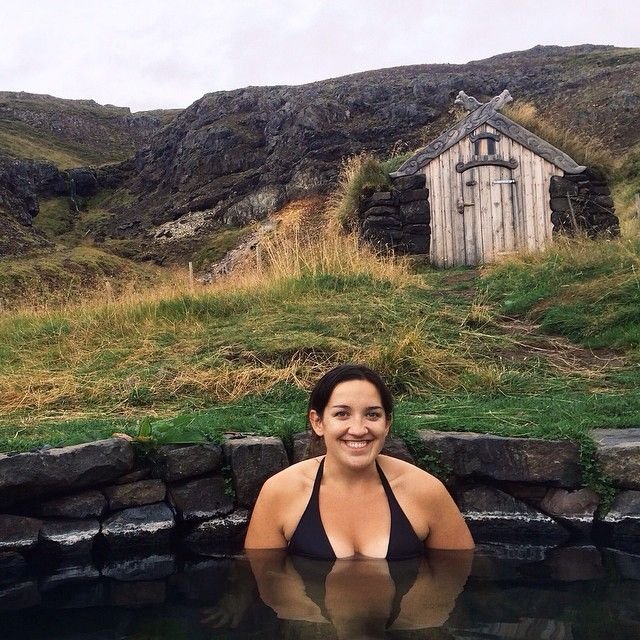 After a long, exhausting, stressful, borderline perilous drive through the Westfjords and back, all we really wanted was to relax in a hot pool. Good thing hot pools are about as ubiquitous in Iceland as Starbucks are in any major American city. This one was in quite an idyllic setting: on a hill, nestled just south of a sauna hut and a waterfall. 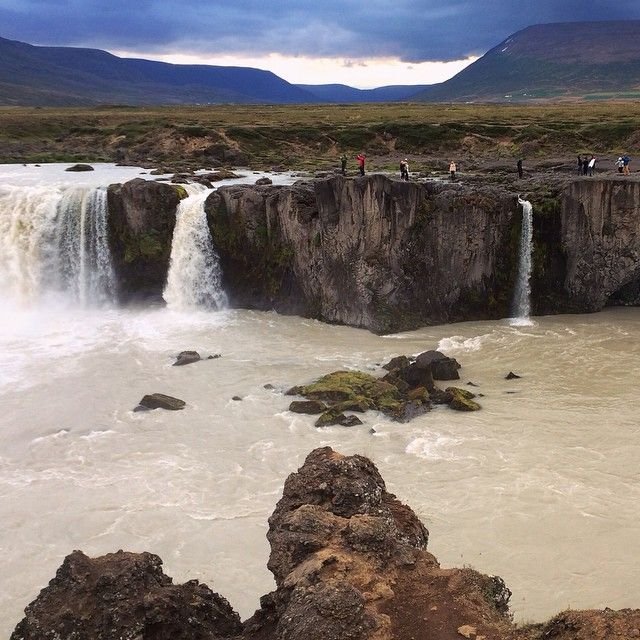 Tempting as it was to instagram the bejesus out of Godafoss’ main falls, I was even more captivated by the smaller falls and the rock walls to the side of it. Evidently the powers at Matador Network felt similarly, because they decided to feature this photo on their brand’s instagram feed! I may have had a minor freakout in a gas station parking lot when I saw it. 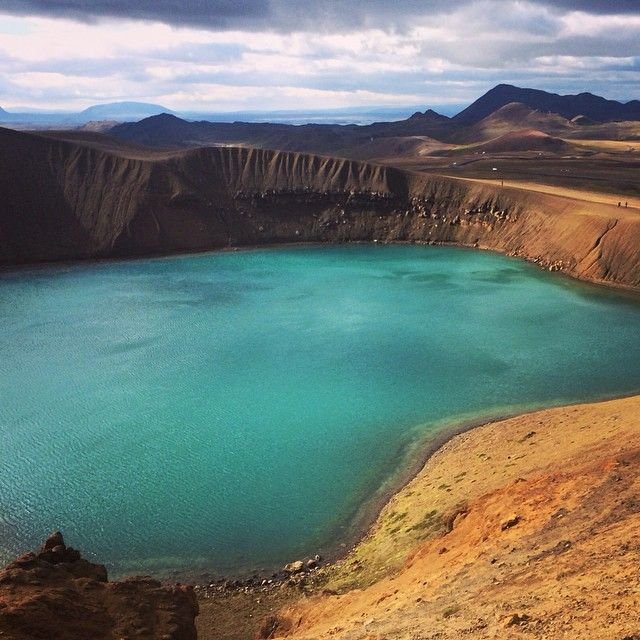 I knew northern Iceland had plenty of volcanic landscapes to ogle. I didn’t know said landscapes included bright blue pools, but I was pretty ok with it. 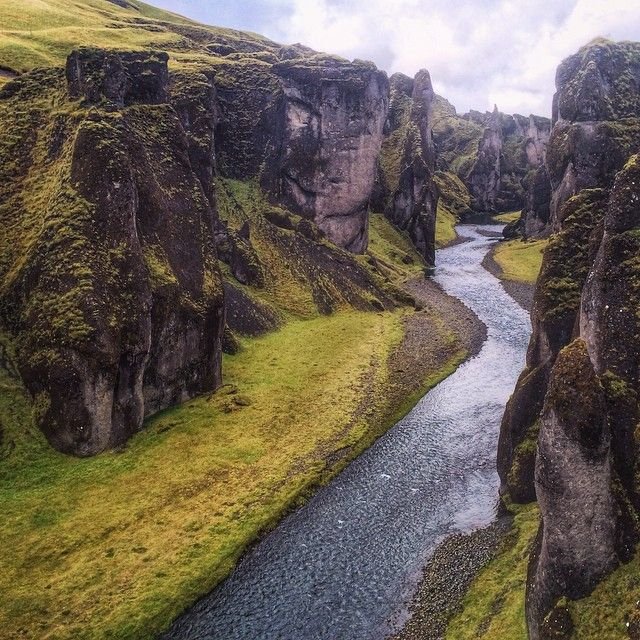 You want to feel alive? Stand alone on the edge of a 100m-deep canyon. Fjaðrárgljúfur was one of my favorite spots in the entire country.

Ugh another waterfall, I may have secretly thought to myself upon pulling up to Skógafoss. You’ve seen five, you’ve seen them all, right? Well, Iceland said FALSE and threw in a double rainbow for good measure. I have never seen a rainbow this bright and this close in all my (nearly 30) years – and you guys? I really love rainbows. Becca jokes that I have a bit of “gay man” in me for it, but I say ANYONE can have love for these polychromatic displays. 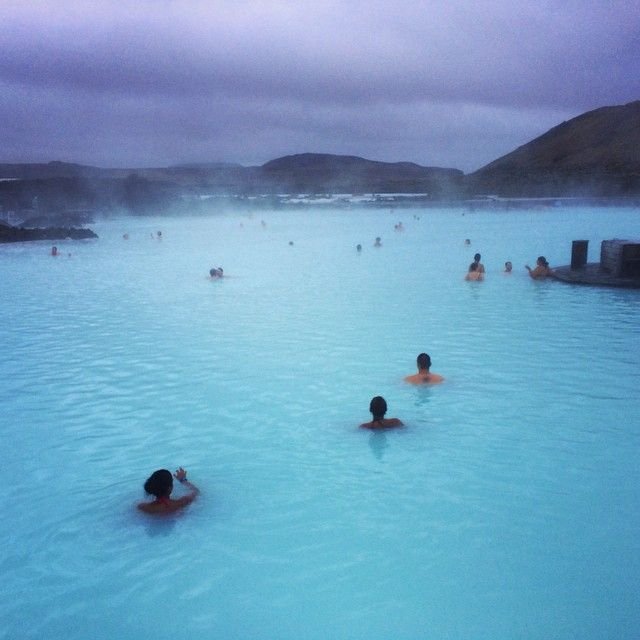 Nicki and I had clocked at least three hours of lounging, sauna-ing, and pruning in the Blue Lagoon before we finally got around to taking a few photos of it. Possibly not the brightest idea to wait until just before dark, BUT HEY. We were having way too much fun to worry about instagramming it. 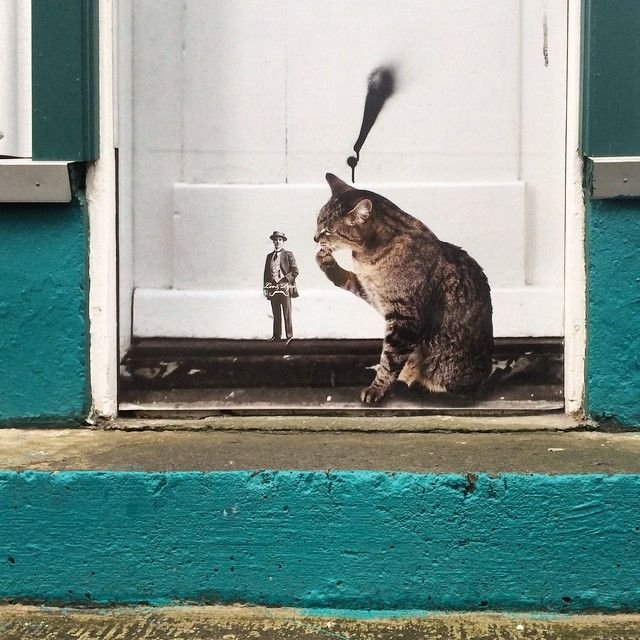 Whoa, this is like all my favorite things in one frame: cats, street art, an exclamation point, and a pretty shade of blue/green. Oh, and a little hatted man, which I guess is cool too. 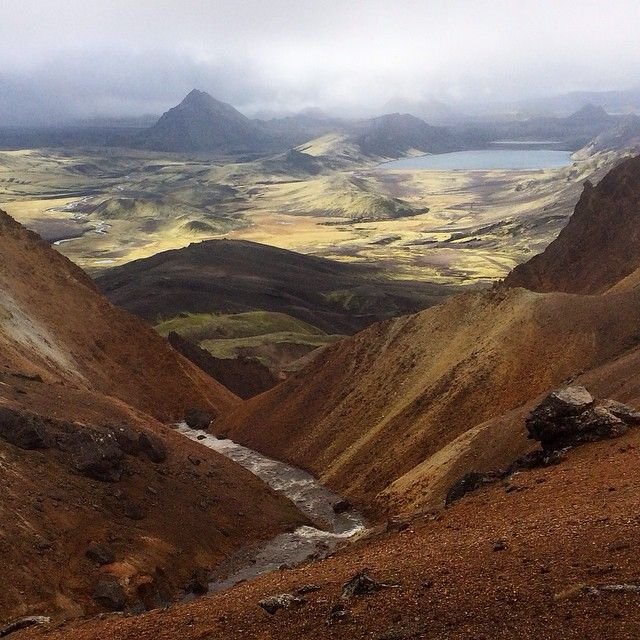 Ahh, the Laugavegur Trek. I can’t even begin to describe the sheer amazingness we encountered along this trail, but I promise I will try to in a future post! Consider this shot a sneak peek: volcanic mountain meets lush green valley. 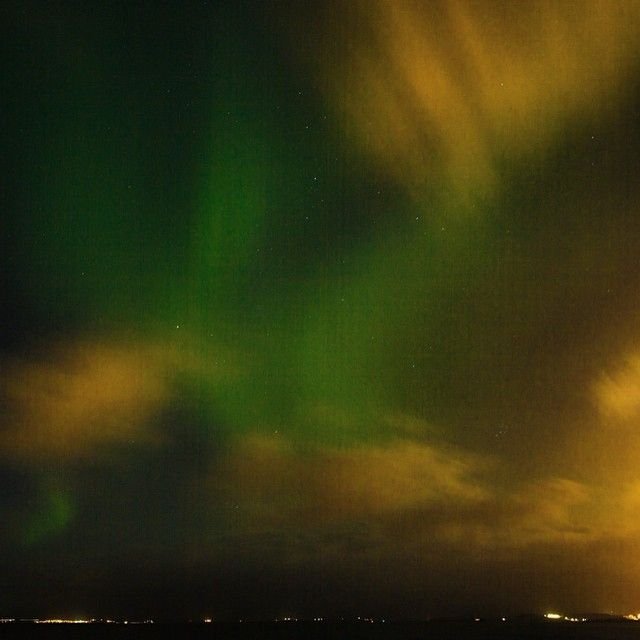 Admittedly I did not capture this shot with my iPhone, but how could I NOT instagram the Northern Lights?! They were magical and much better captured with my SLR on a tripod.