I had one full day to explore Chicago before BlogHouse began, and how did I spend it? About as predictably as possible: biking around the waterfront and scoping out the street art in Pilsen, a Mexican neighborhood in the Lower West Side.

Thanks to an initiative with the Chicago Urban Art Society, murals have been constructed all over Pilsen to jazz up the hood and drive out the gang graffiti. Bordered by 16th Street, Western Ave, and the Chicago River, the streets of Pilsen are rife with brick walls covered in predominantly Catholic-themed murals. 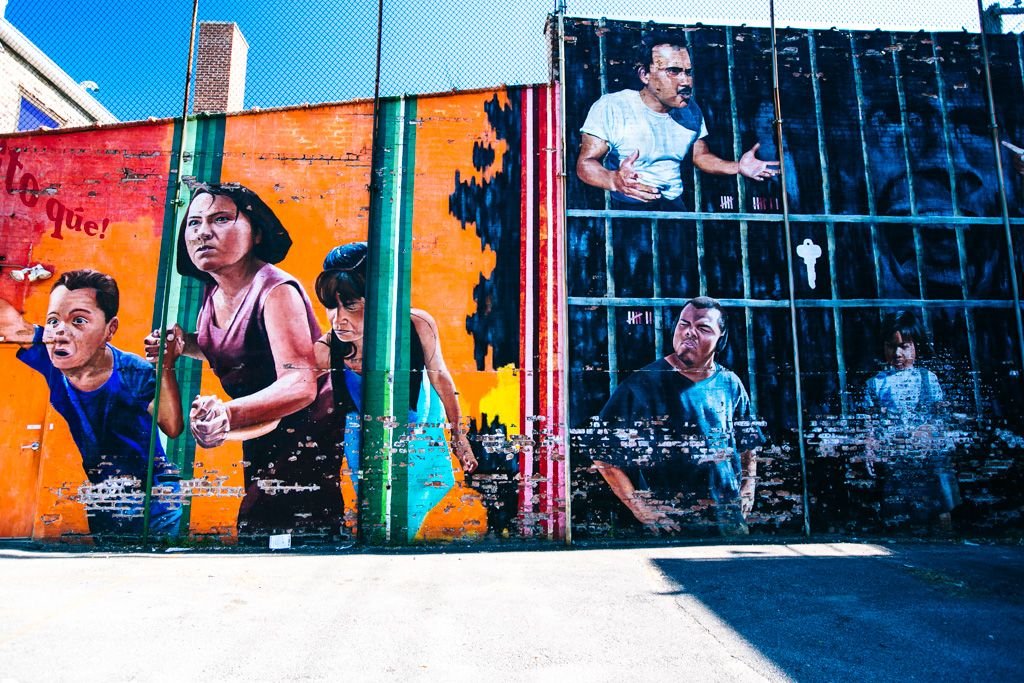 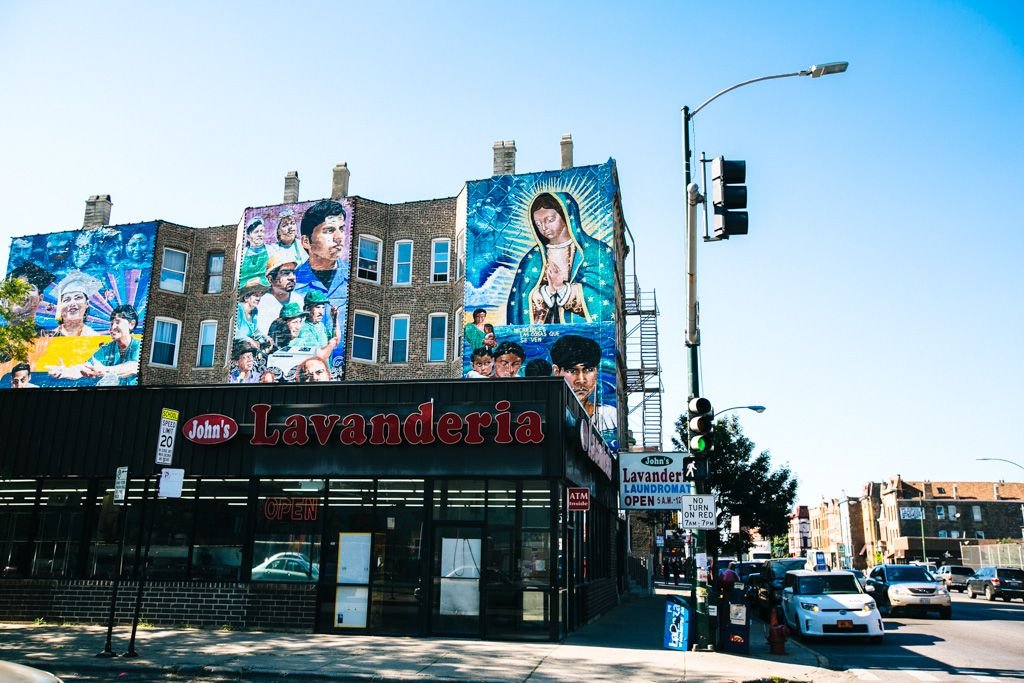 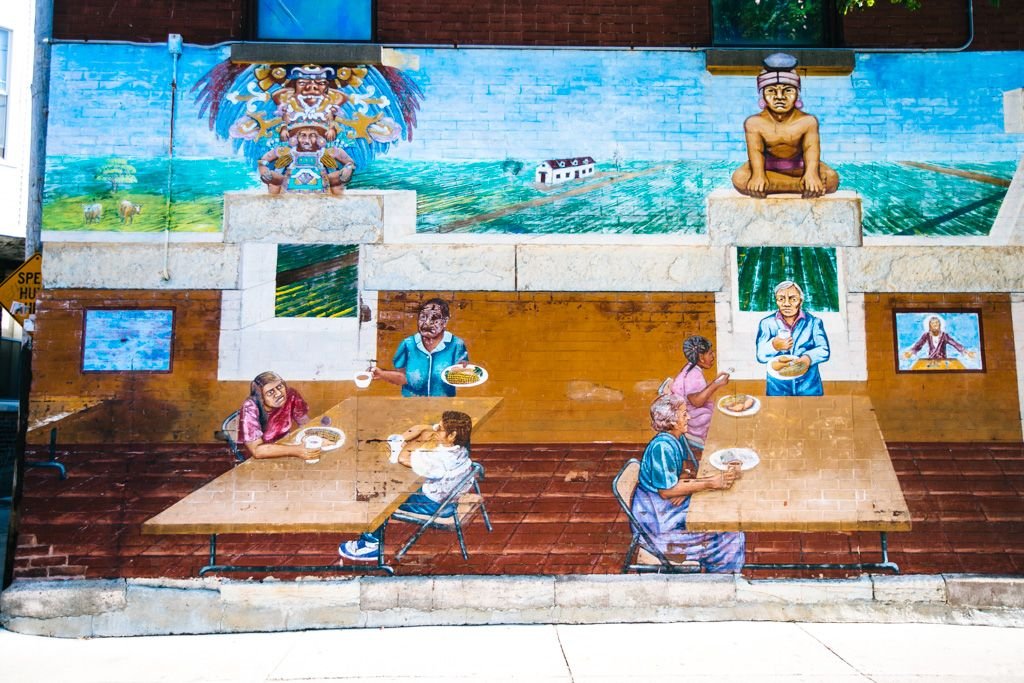 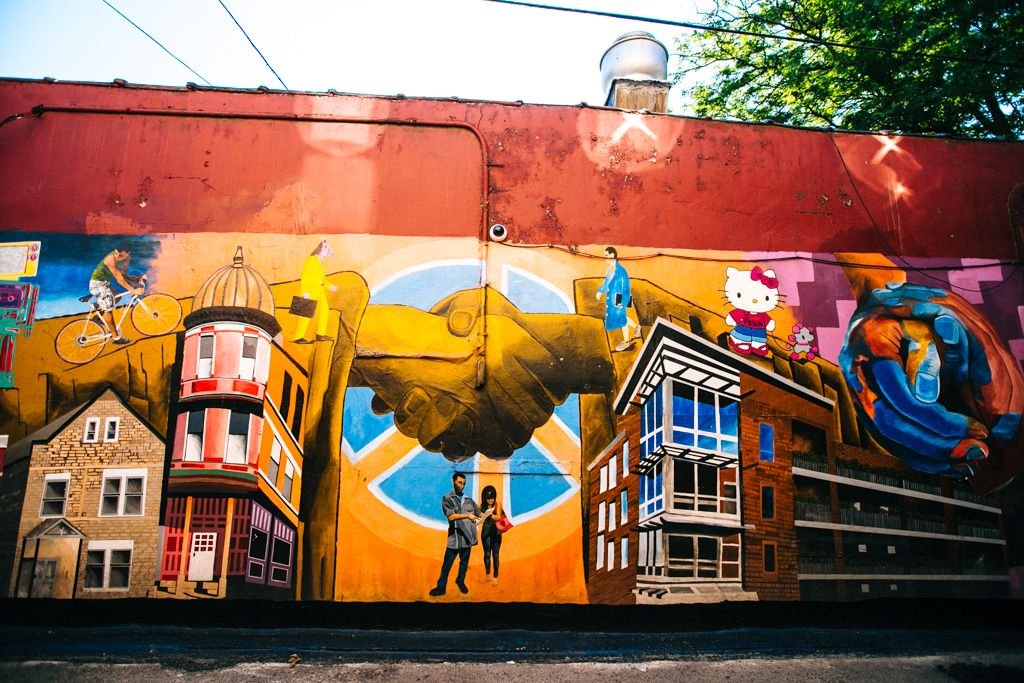 Then there are also non-brick walls covered in more “conventional” street art. Parking lot graffiti? I’m into it. 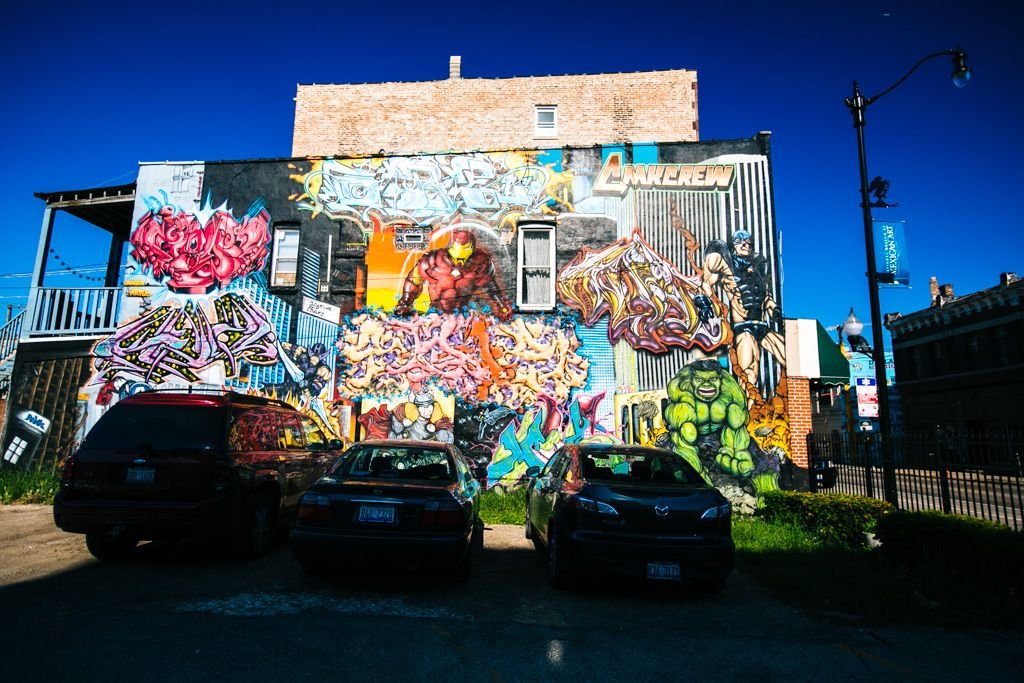 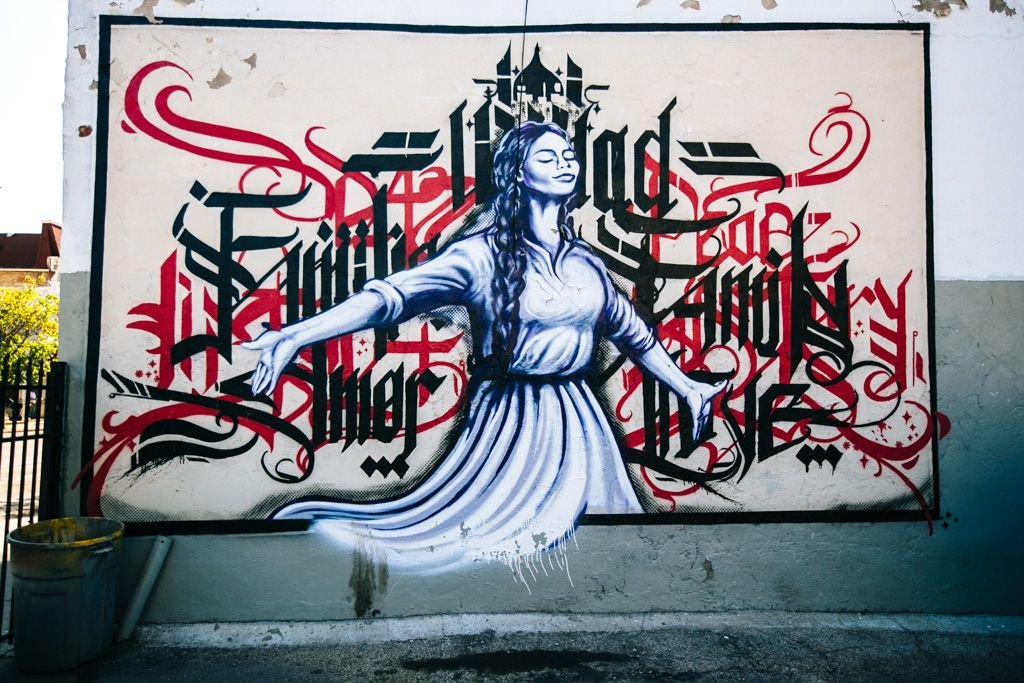 But the best and most highly concentrated street art in Pilsen is on 16th Street, along the train tracks. The variety of the murals here is IN. SANE. Portraits, geometrical patterns, elaborate scenes – in black and white, in rainbow colors, block after block after block. In case I haven’t made it overly clear, if you’re chasing street art in Chicago, this is THE place you want to be! 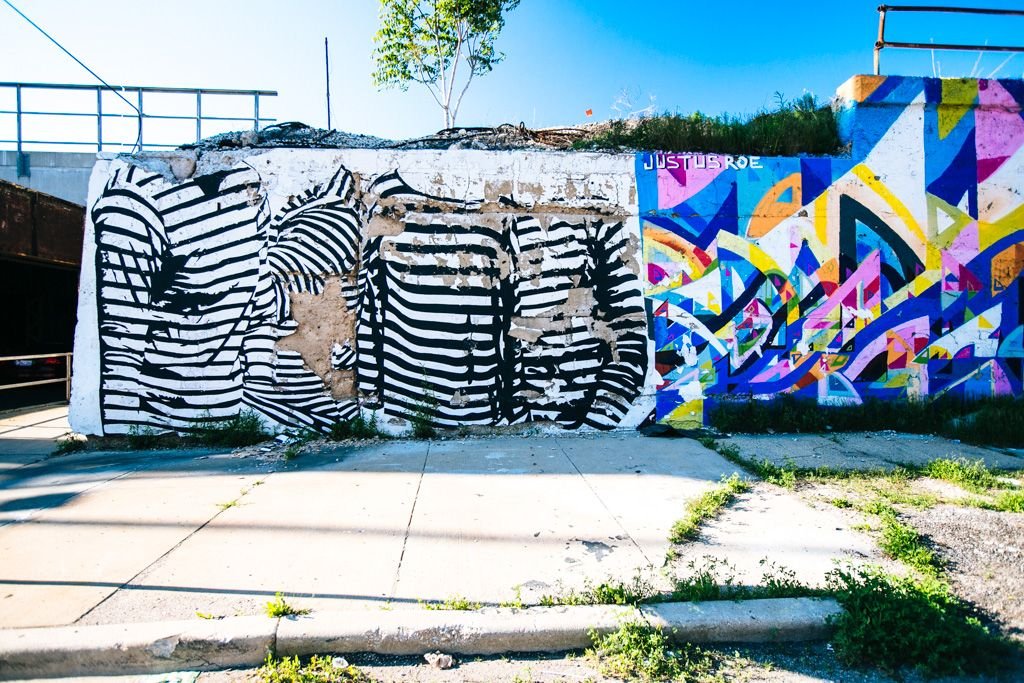 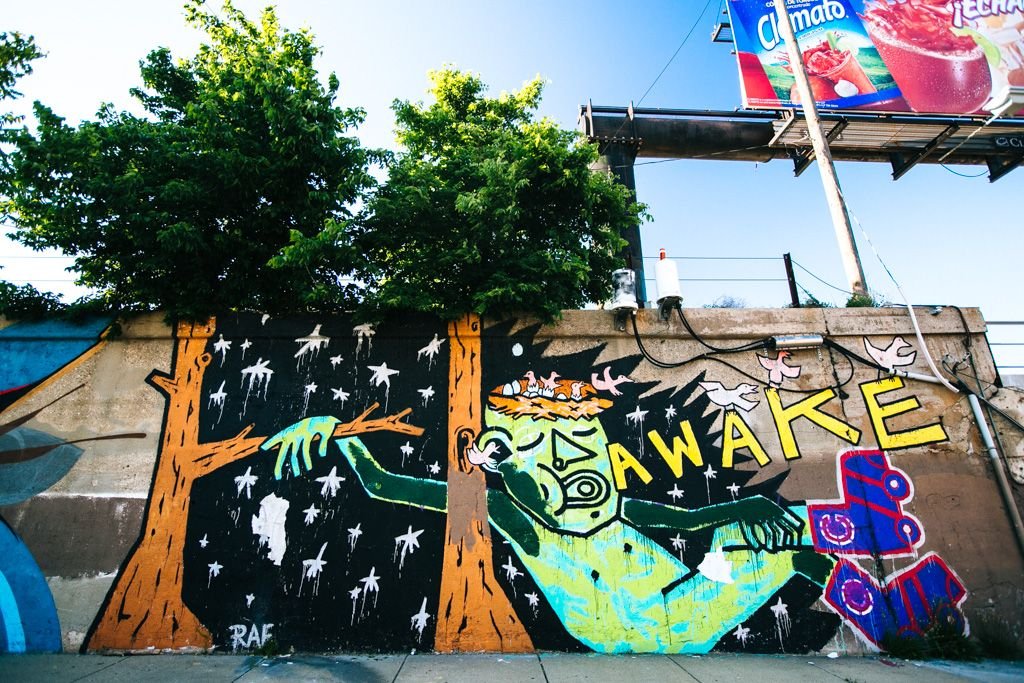 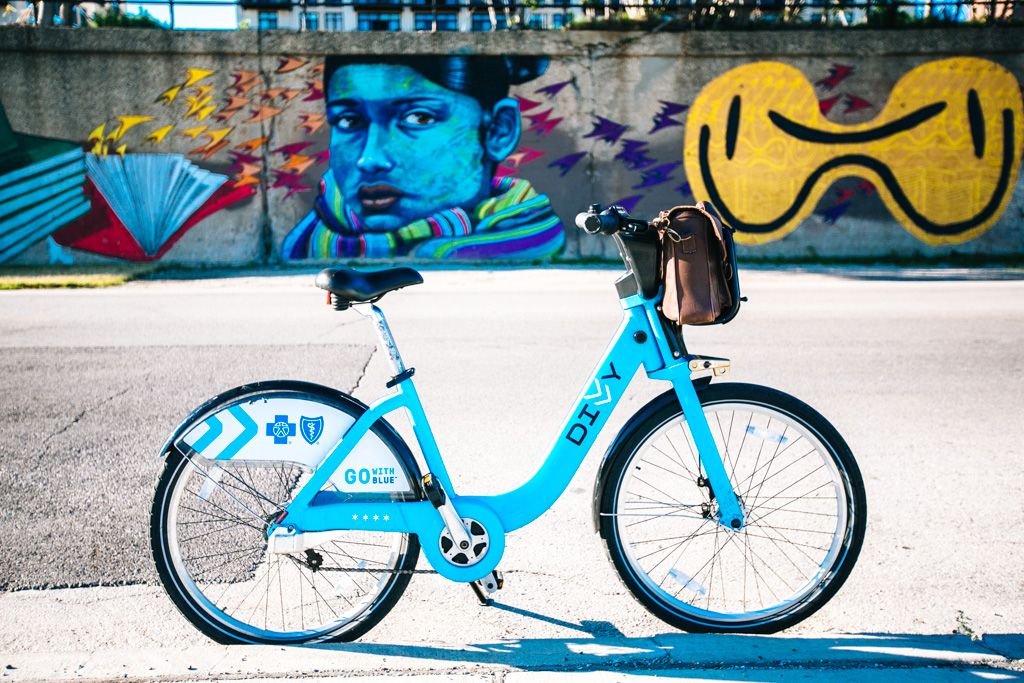 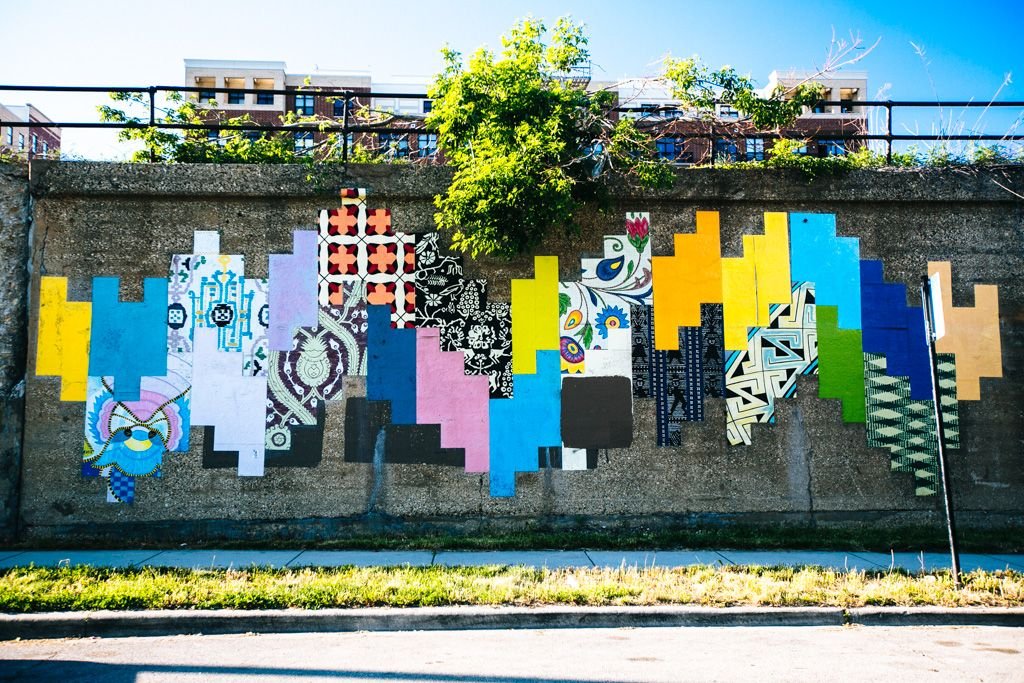 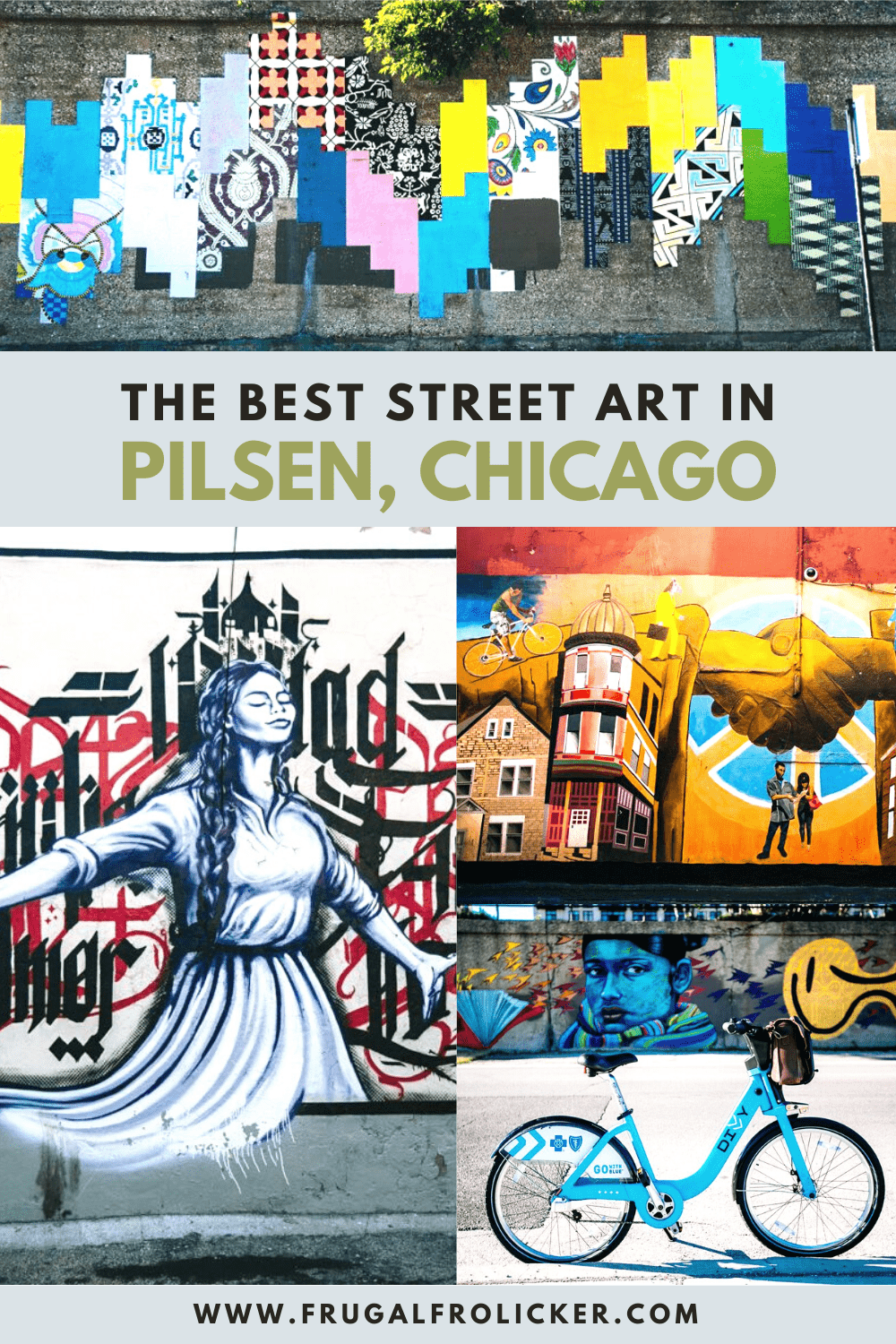