A few weeks ago, a friend and I drove from Sydney to the Blue Mountains for a little day trip adventure. As is the norm for me these days, I felt a little woozy and motion sick from the drive out of the city (all that stopping and starting with traffic always does me in).

So as soon as we made it out to the mountains, we parked on Waratah Street in Katoomba and set off to revive ourselves with lunch in town. I noticed this fantastic mural right across the street from our car and made a mental note to ogle it more thoroughly after eating. 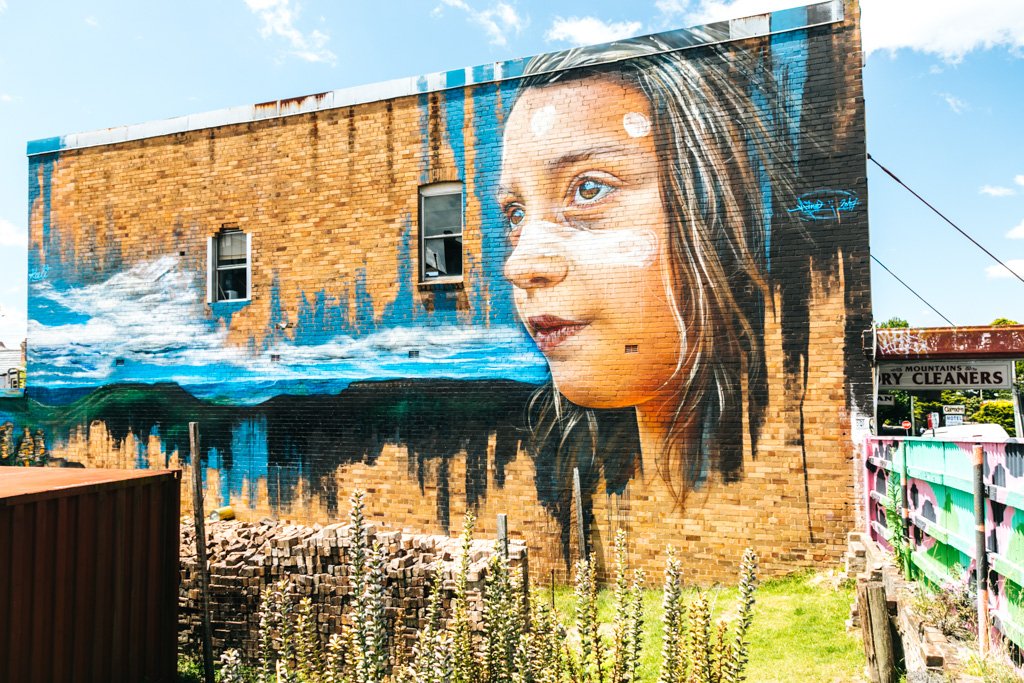 Then I checked Google Maps and saw that there was a Street Art Walk right around this mural. Say whaaaaaaat?!

Like a moth to a flame, I returned to this spot and ventured down Beverly Place for some street art frolicking. Suffice it to say that the Street Art Walk did not disappoint this street art monger! 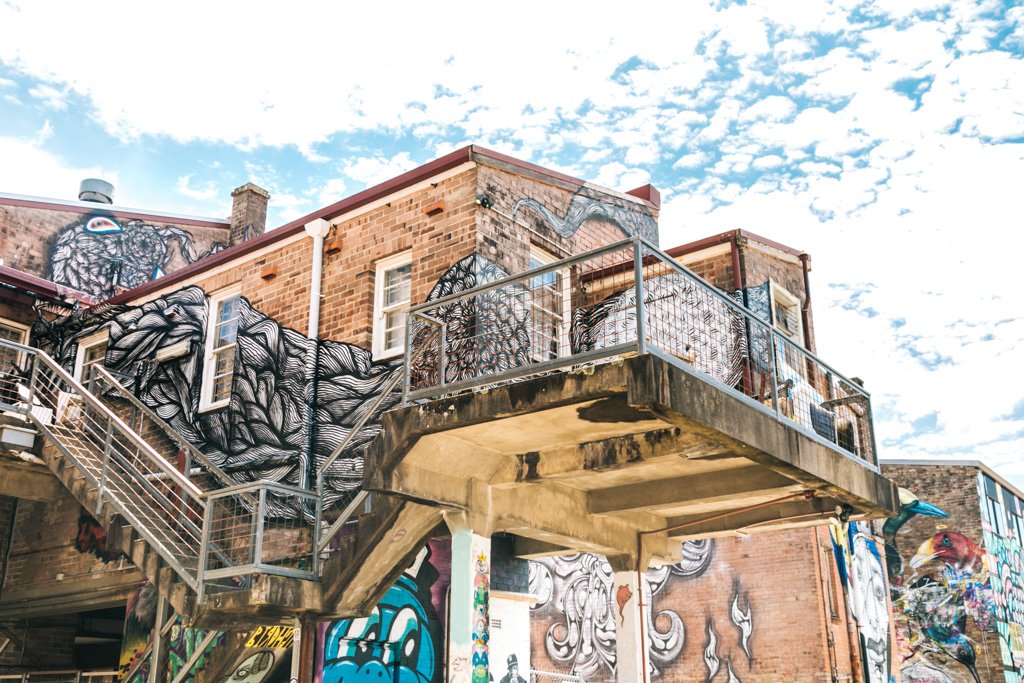 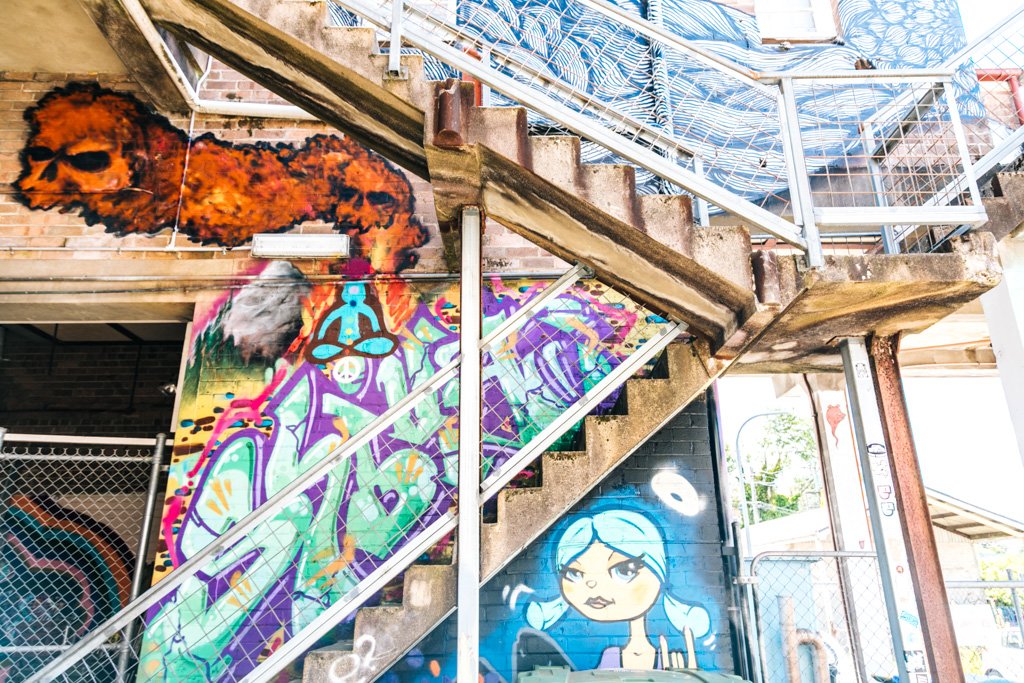 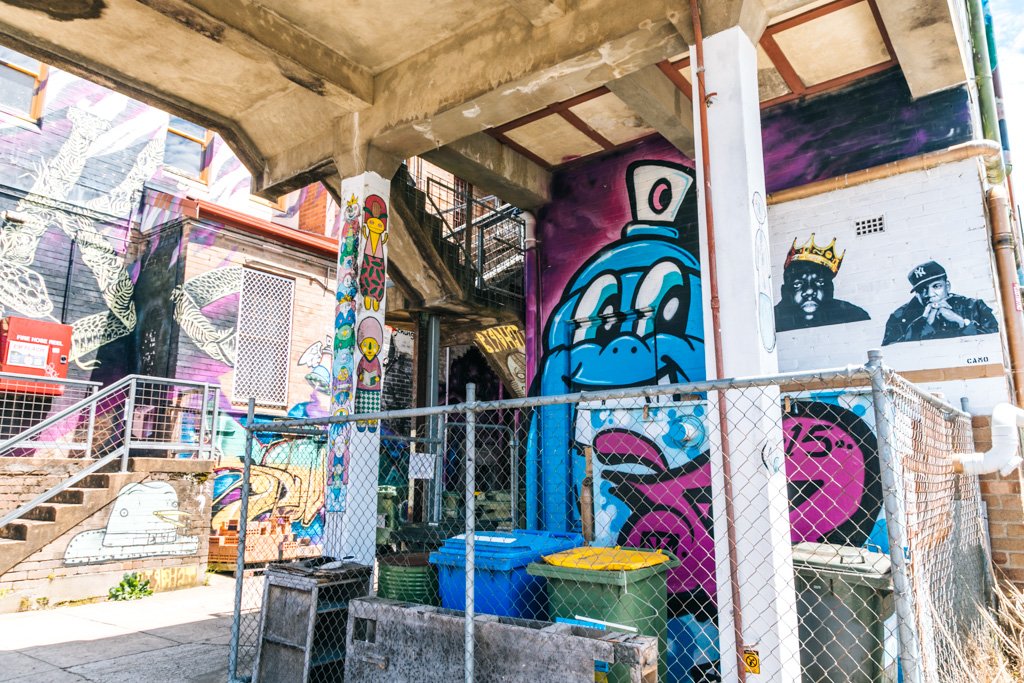 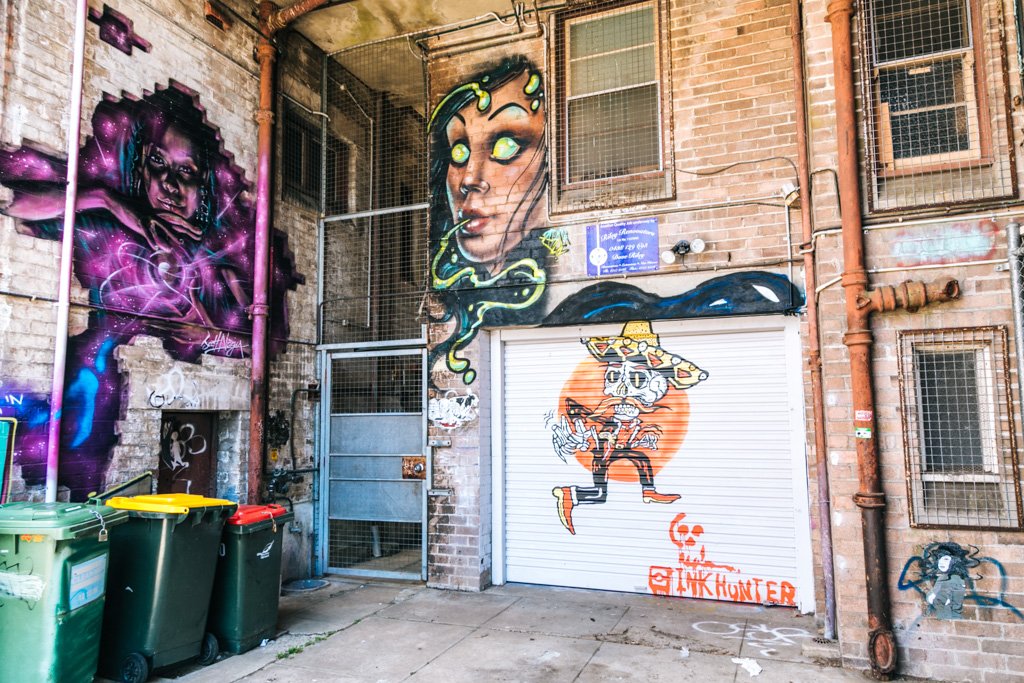 In the words written on a little plaque by the street entrance:

The Street Art Walk is a dynamic, community-driven outdoor gallery, created by Street Art Murals Australia (SAMA) in partnership with the Blue Mountains Cultural Centre, University of Western Sydney, and relevant stakeholders in the Beverly Place precinct. The Street Art Walk displays world standard street art from all aerosol disciplines. International, national, and local artists of varying experience paint large-scale artworks in this precinct through a curated process of proposal and selection. Stylistically the murals cover all street art artistic disciplines and are temporary by nature.

The Street Art Walk was conceived in 2013 when local resident Dave Riley suggested painting murals in this laneway to SAMA’s founder, Jarrod Wheatley. At once the sites’ urban aesthetics and potential to make a positive contribution to street artists, the town, and its creative economies were recognized. SAMA worked for 18 months meeting legal, heritage, planning, and stakeholder requirements. The space was launched in June 2015 after being initially resourced through a highly successful crowd funding campaign, to which 135 individuals contributed. 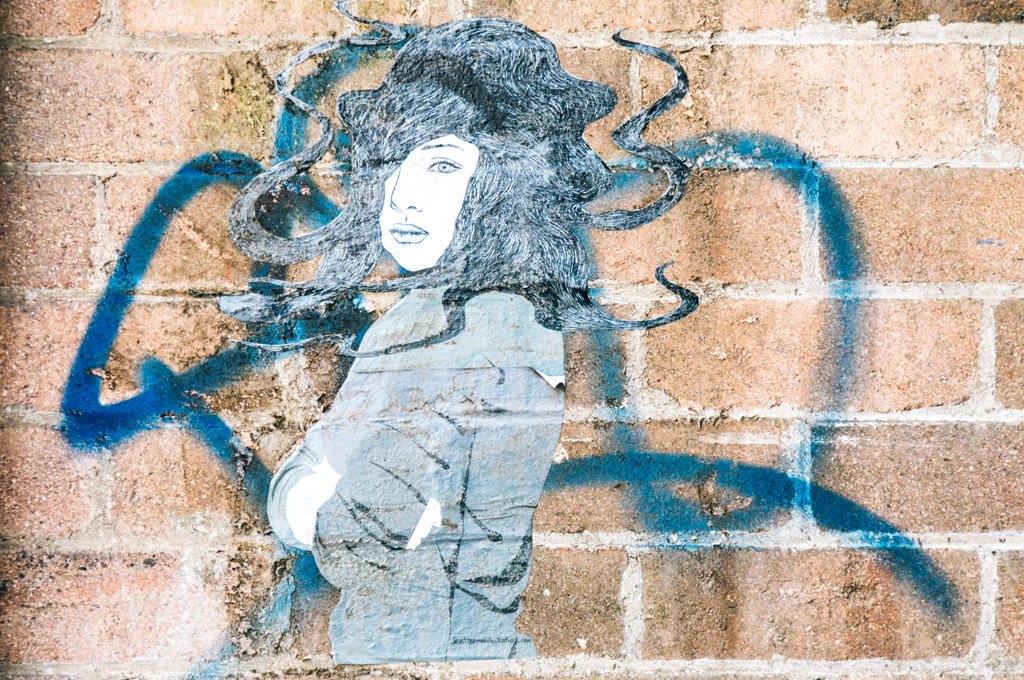 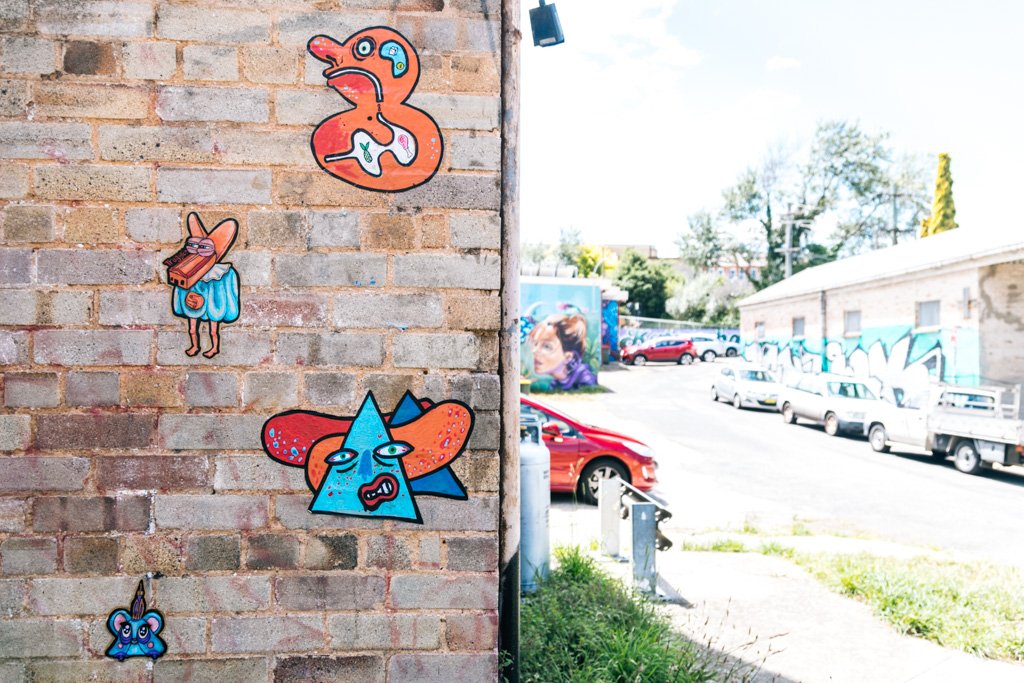 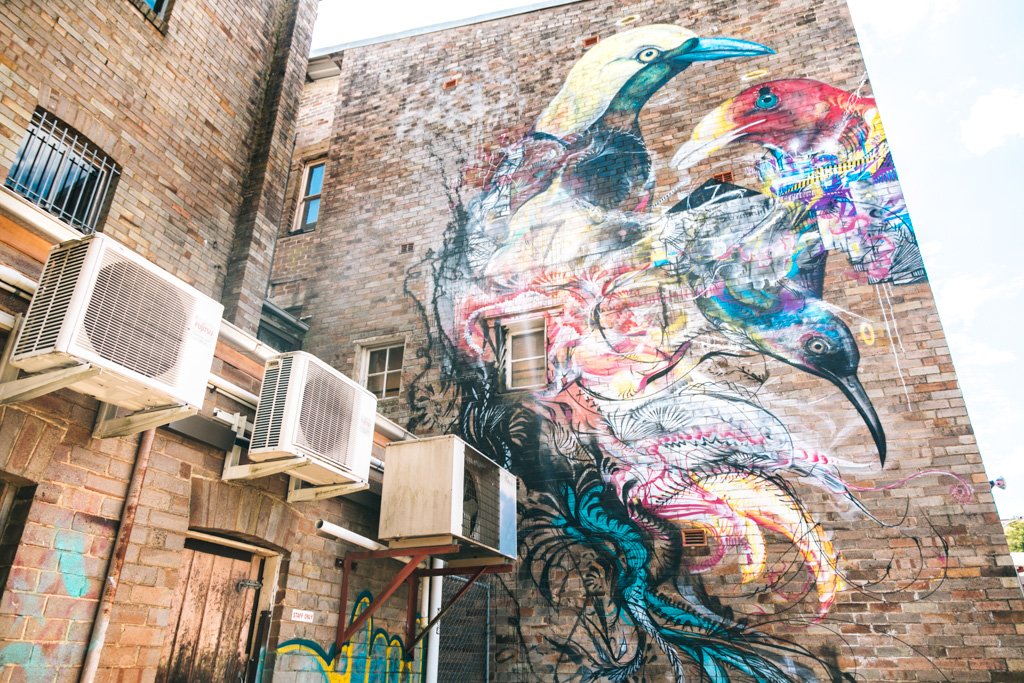 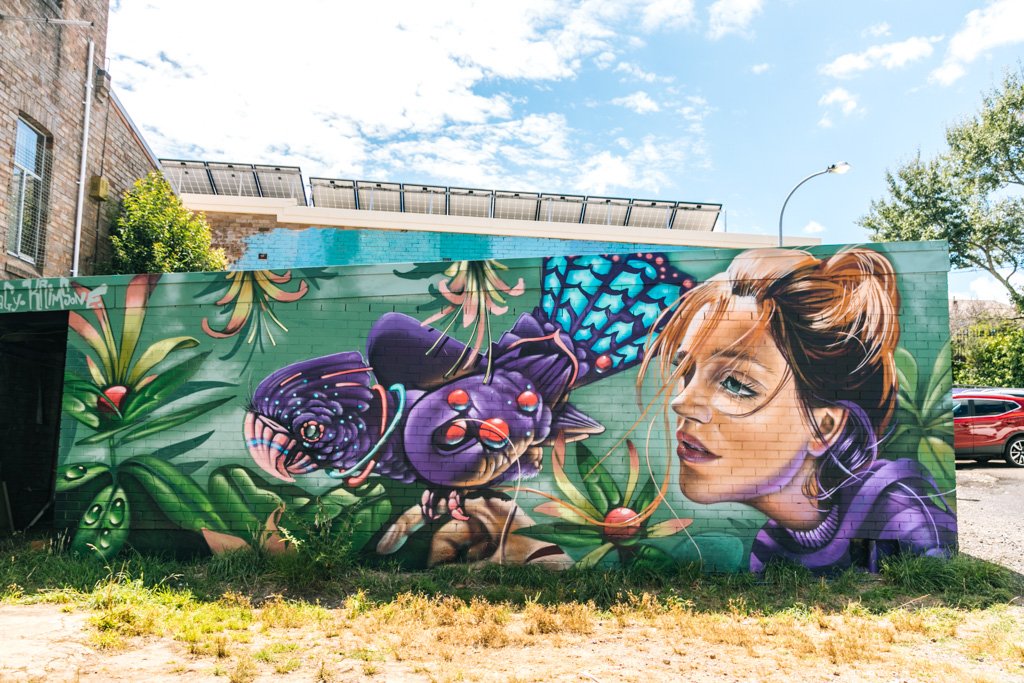 You guys, I LOVE living in Sydney and it’s absolutely where I’m meant to be right now. But I must admit, I do sometimes long for the superior coffee and street art scene in Melbourne, where I used to live. There’s a bit of cool street art in Newtown, an inner-west suburb of Sydney, which gives me my street art fix when I need it. But it’s no Melbourne street art.

The street art in Katoomba, though? It looked like it could have been plucked from the laneways of Melbourne and dropped into this little mountain village. THIS is the stuff I’ve been missing. I cant believe it’s just a two-hour drive from Sydney! 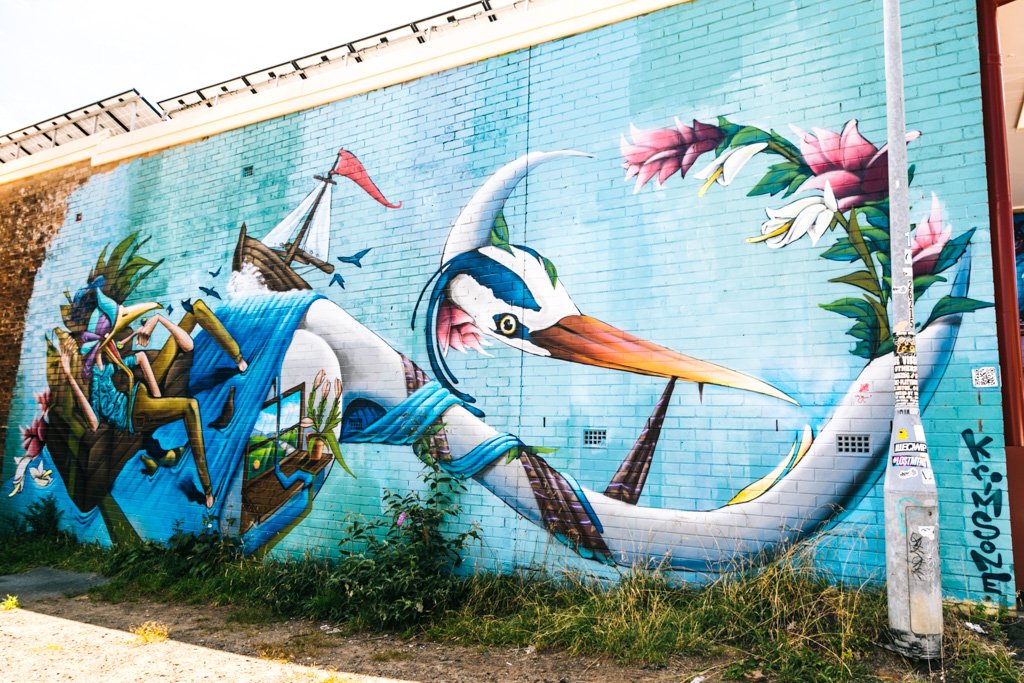 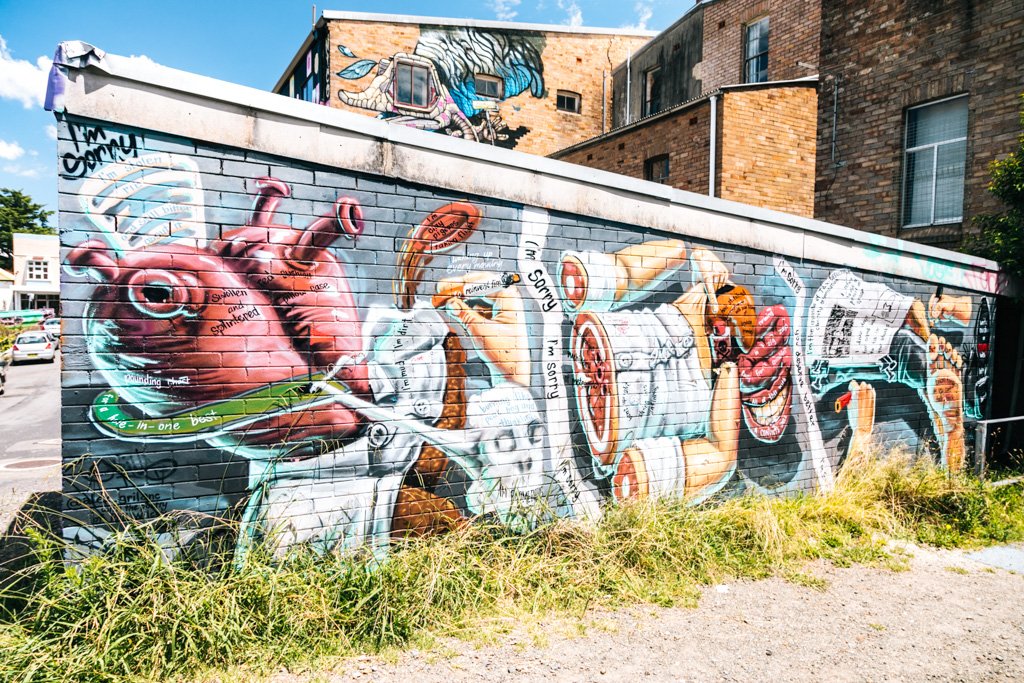 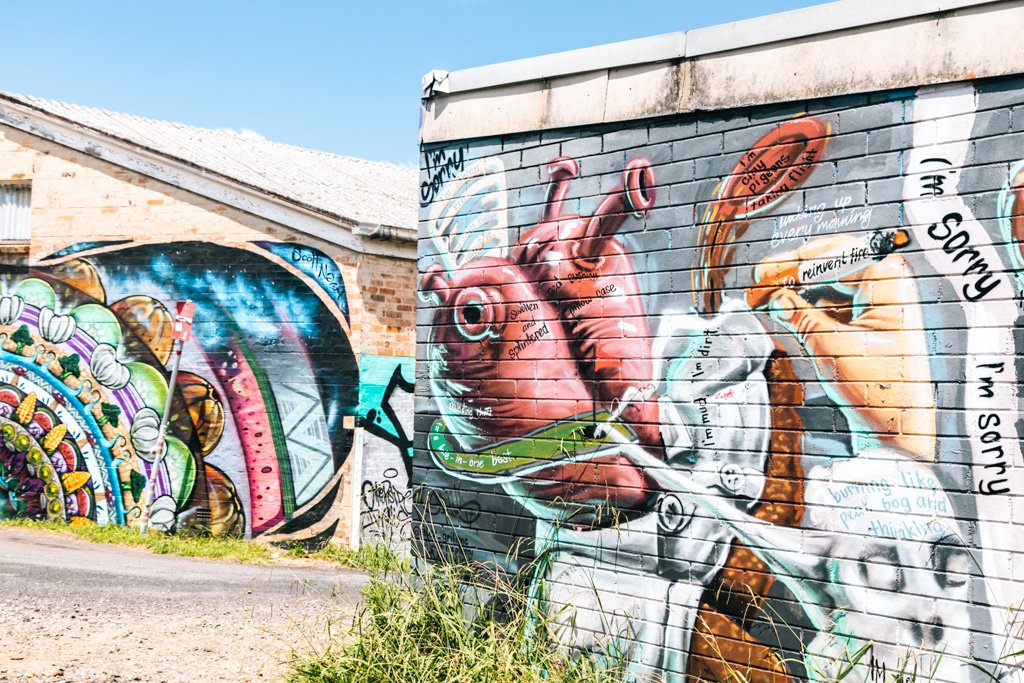 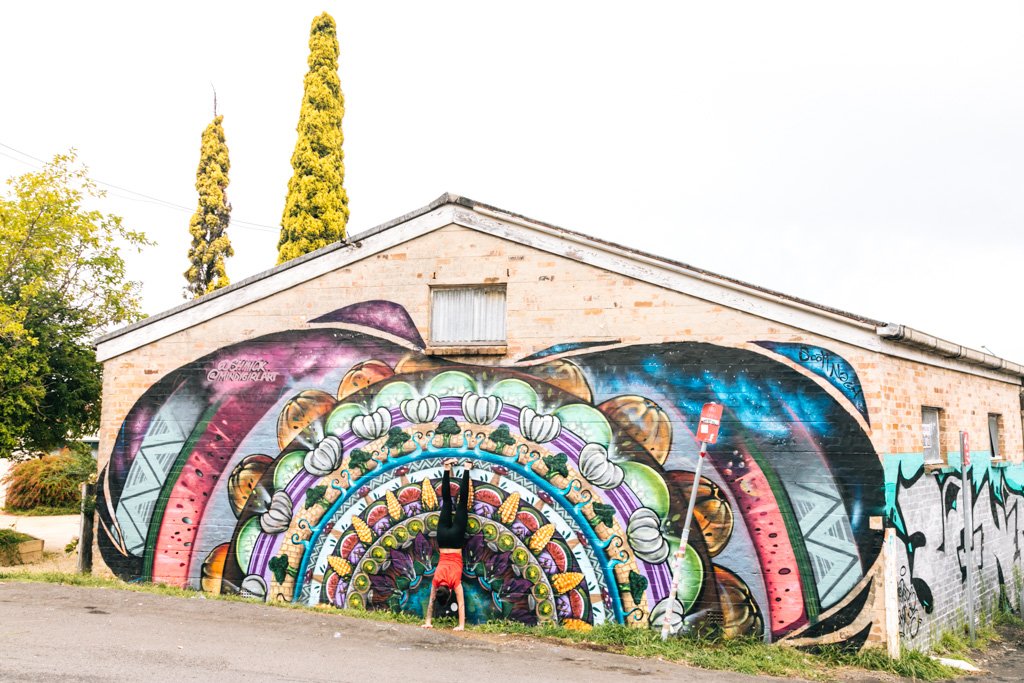 I adored the Katoomba Street Art Walk so much that I made a point to stop by again when my sister and I were in the Blue Mountains last week. I was pretty happy to have a clear view of this awesome mural this time – last time a truck had been parked right in front of it. 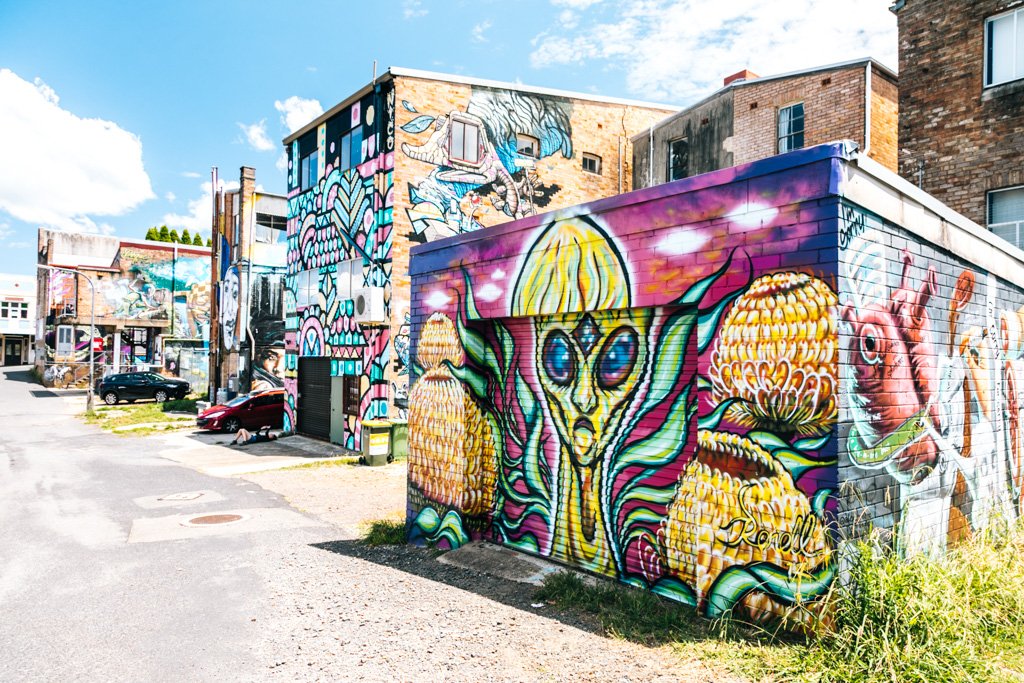 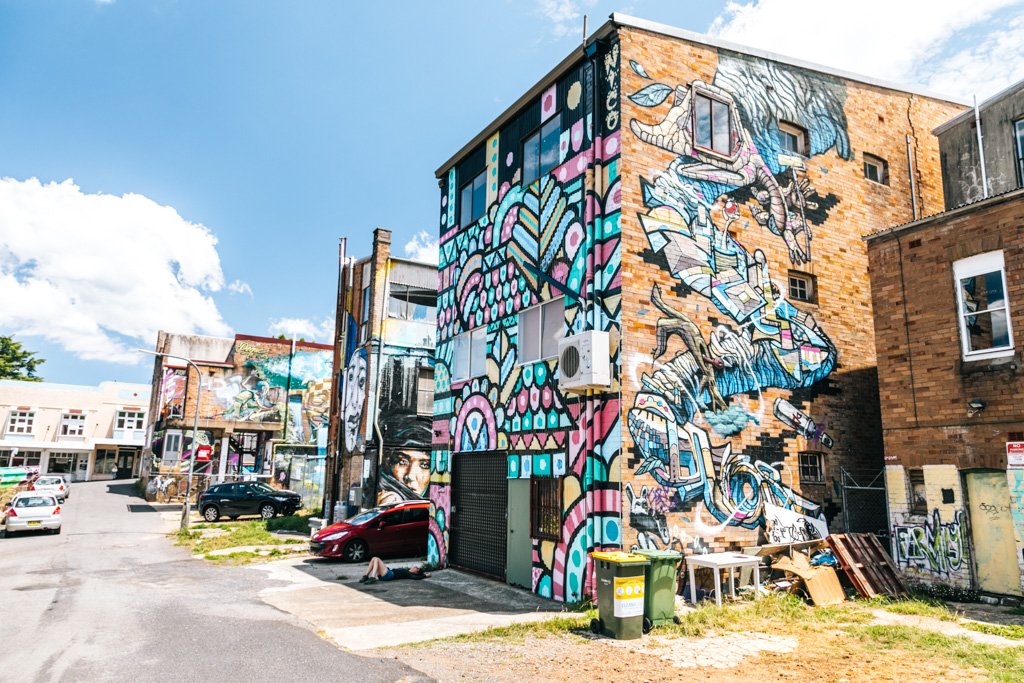 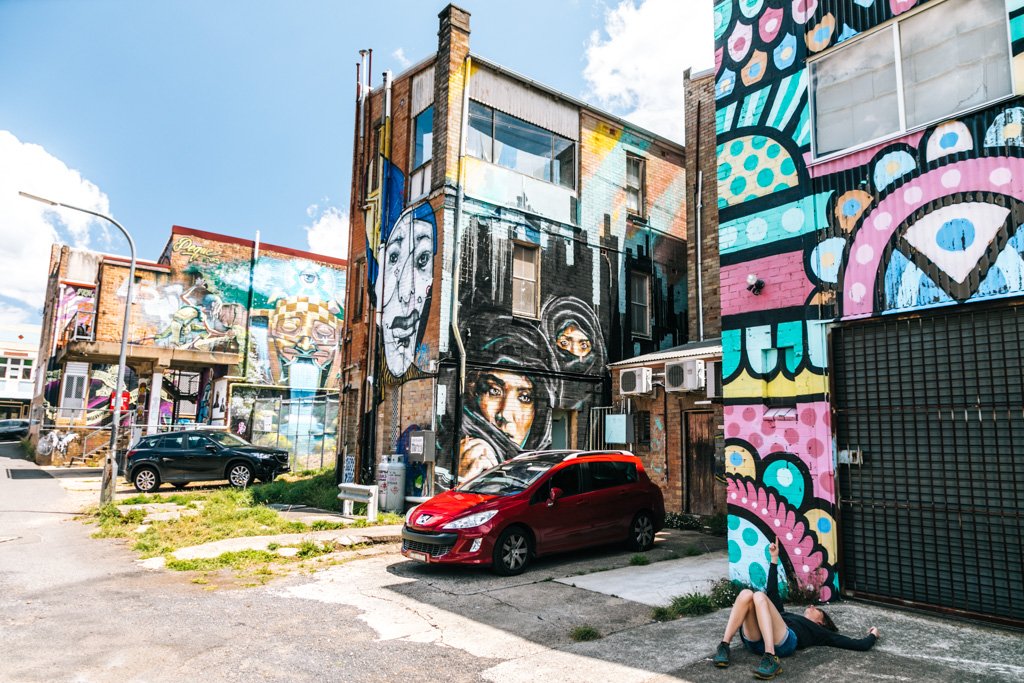 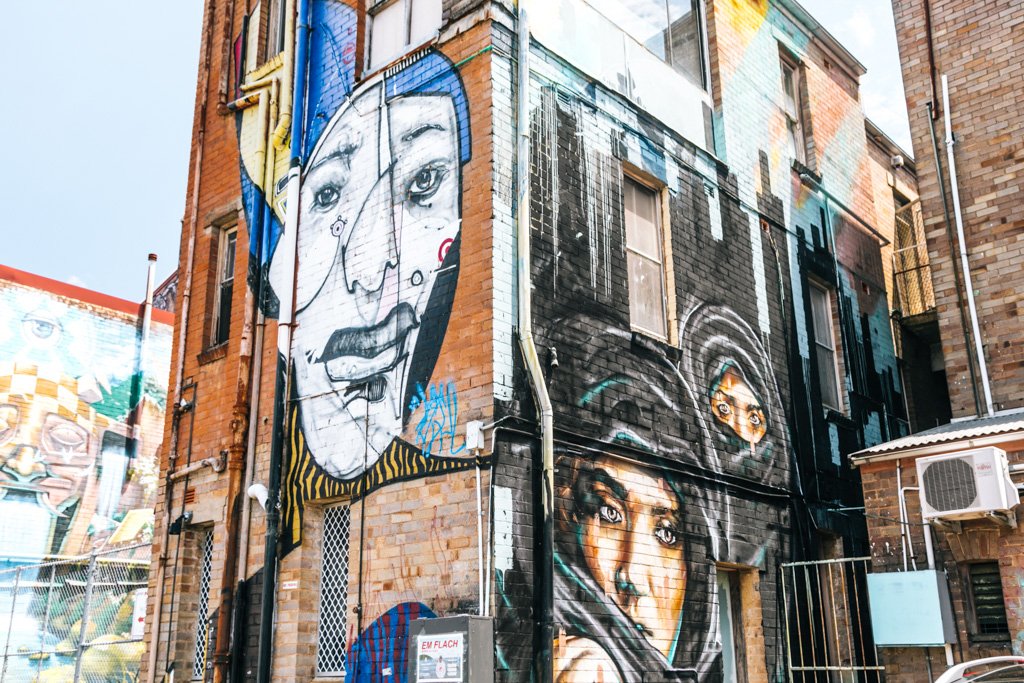 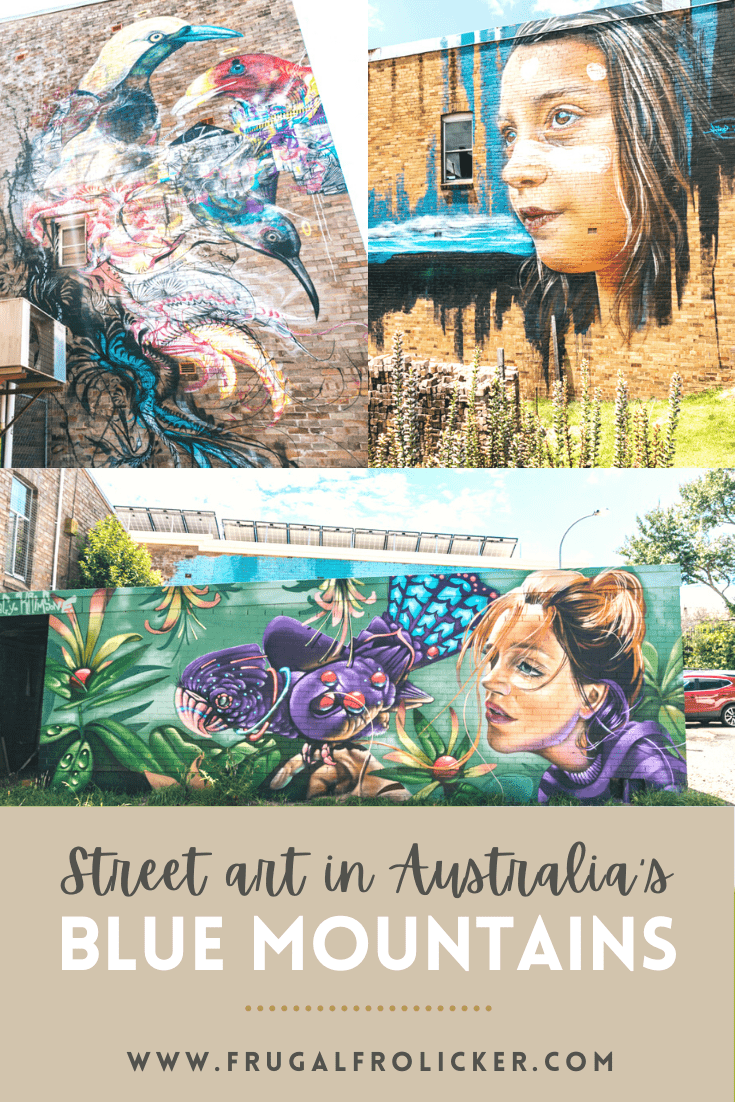