I’m 29 years old now. Aside from having to manually change my age on the sidebar of this website and my social media platforms, I don’t feel any older. I’m pretty ok with that!

I don’t usually make a big deal of my birthday, but I had a birthday/going away party last year and it was so fun that I thought I’d do it again this year. I didn’t plan anything else, yet somehow my whole weekend ended up being filled with all the things that make me happiest: coffee, chocolate, drinks, frolicking, singing, city views, bridges, street art, cats, and Latin food. I guess I unintentionally used my birthday as an excuse to binge on all my favorite things!

Here’s what I got up to during my birthday weekend!

Friday night after work, I headed to Cobble Hill to kick off my birthday weekend. It’s not exactly a neighborhood I frequent often, but it does have a few establishments worth checking out —

Some claim it to be the best mixology bar in Brooklyn, but I think I’ll have to go back to Clover Club and verify that for myself! They have an extensive cocktail menu that I didn’t even look at because I was so overwhelmed by their Happy Hour list. Even after sampling just the one cocktail, it was clear to me that this place takes their drink making very seriously. I’d love to return to this classy bar sometime! 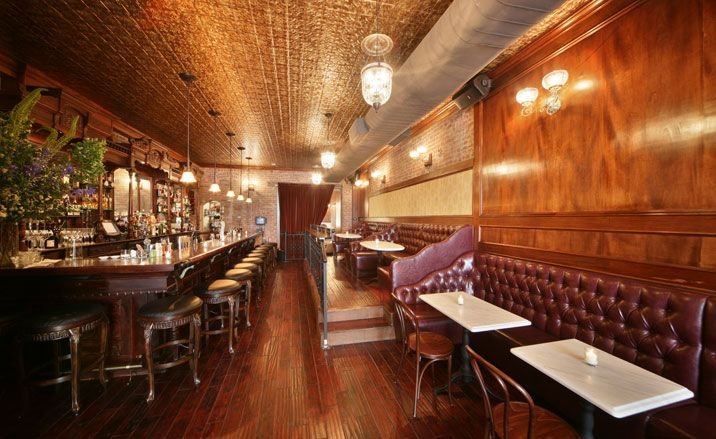 Dessert at The Chocolate Room

In my mind, most sweets aren’t worth it unless they’re chocolate. Sipping on the richest dark chocolate imaginable and nibbling on a piece of flourless chocolate cake at The Chocolate Room was about the closest to heaven a restaurant has ever taken me. I pretty much want to go back and try all their other chocolate offerings. In fact, if I could just redo this Friday night sometime and consume nothing but artisanal cocktails and dark chocolate, I’d be ridiculously content. 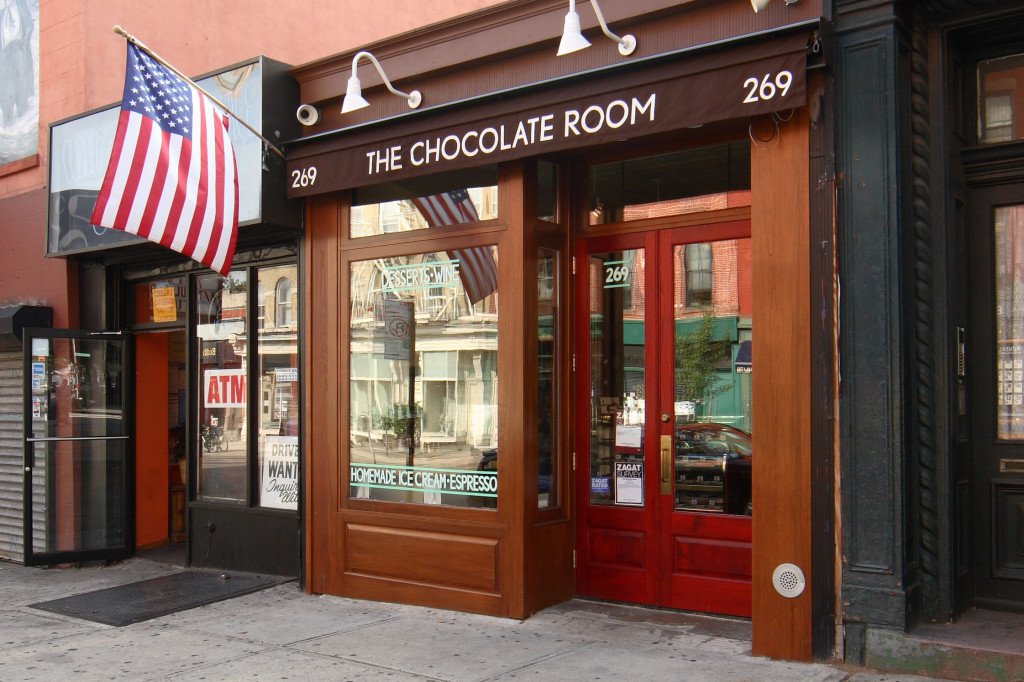 On Saturday night, I ventured into Manhattan for a modest birthday celebration with some of my favorite people. This was the only part of my birthday weekend in NYC that I actually planned!

In my 6 years of living in NYC, I’ve somehow managed to avoid Manhattan tourist hotspot, 230 Fifth. I’m not too into the bar or club scene regardless, but you know what I AM a fan of? Rooftops, in particular ones that yield fetching city views. Nestled between 26th and 27th street, 230 Fifth provides a birds eye view of the Empire State Building from its rooftop patio. During winter, they have heat lamps on the perimeter, big red robes for you to wear, and spiked cider and hot chocolate at the bar. Even better: you can avoid the crowds by going before 10pm and/or during the winter. It felt more like a casual yet festive gathering of friends than a night out at a lounge, which is EXACTLY my style. 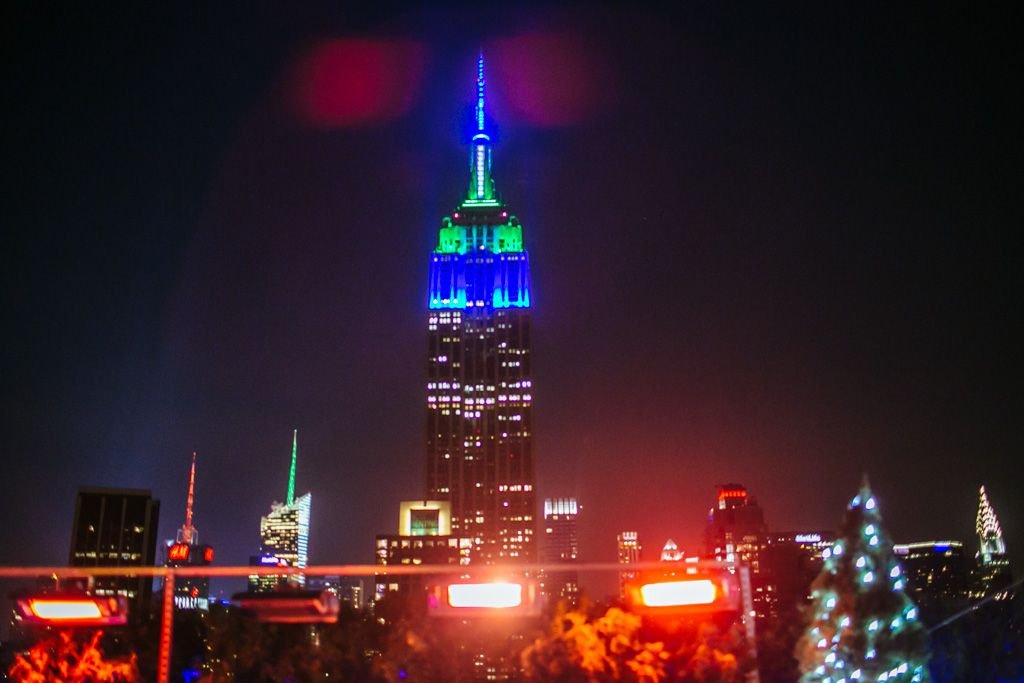 Let’s be clear: the main reason I even decided to have a birthday gathering was so I’d have an excuse to karaoke. I take my karaoke very seriously, so a casual song or two at a noisy bar just won’t do. It’s not unheard of for me to grab a friend or two and coax them into renting out a private room and having a 3-hour marathon karaoke session – but it’s also not every day. With thousands of song options, cozy private rooms, and room service for food and drink, Duet is my favorite karaoke spot in the city.

I finally debuted my long-time shower jam “Speechless” by Lady Gaga and of course nobody even knew the song, but I killed it (*ahem* #humblebrag). I also got roped into dueting to some old school Britney Spears, “I’m Not A Girl, Not Yet A Woman” (was this ever even considered one of her hits?), which quickly turned into an unexpected and slightly embarrassing solo. But SO MUCH FUN!

My actual birthday was on Sunday, February 2. Every so often, I have the unfortunate honor of sharing my day with Superbowl Sunday – as was the case this year. Like every other Superbowl Sunday, I spent the day avoiding the spectacle – a slightly more challenging task since NYC was hosting the 2014 Superbowl. I stuck to my Brooklyn neighborhood of Williamsburg and kept the football madness to a minimum.

I don’t visit Blue Bottle as often as I should, but as a coffee snob I must say that their New Orleans iced coffee is THE BEST. It’s slightly sweet with hints of chickory, capped off with a generous dollop of milk. Adding sugar would be blasphemous. I took my happy hit of caffeine and went on my frolicking way. 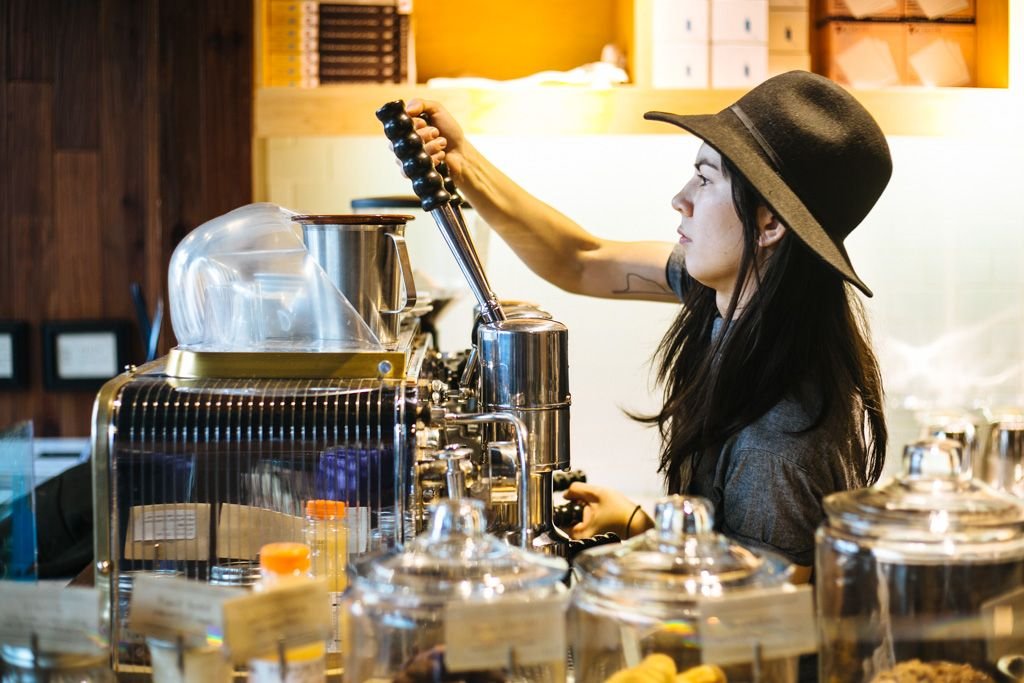 It was 50 degrees on my birthday – I don’t know if that’s ever happened to me! I had to take advantage of the unseasonably balmy weather by being outside as much as possible. (Spoiler alert, we got a snowstorm late that night – the warmth was short-lived!) 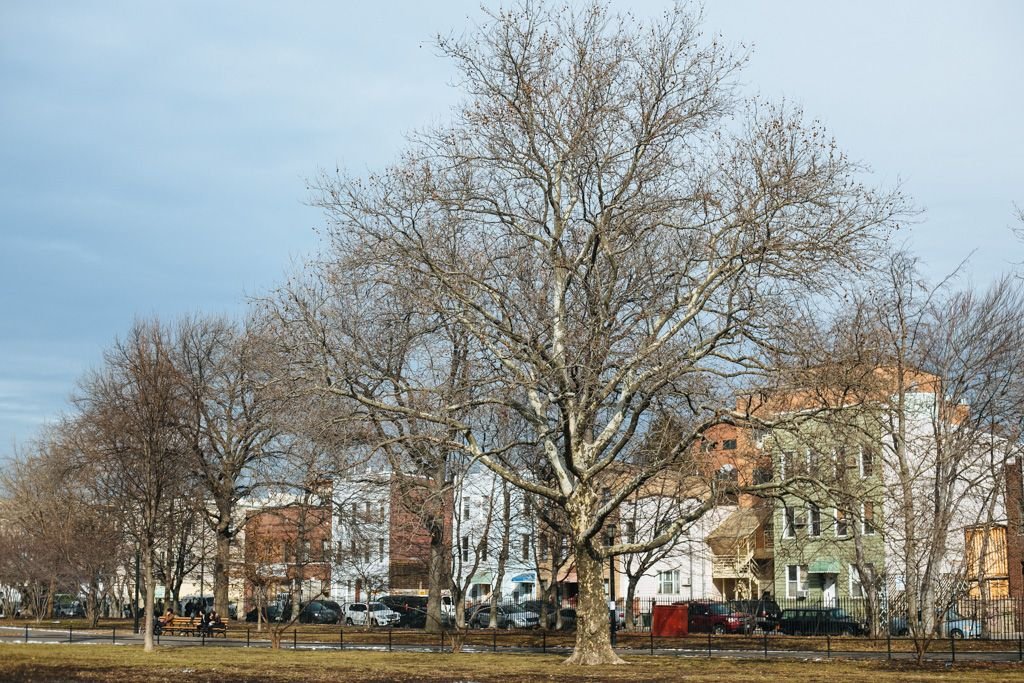 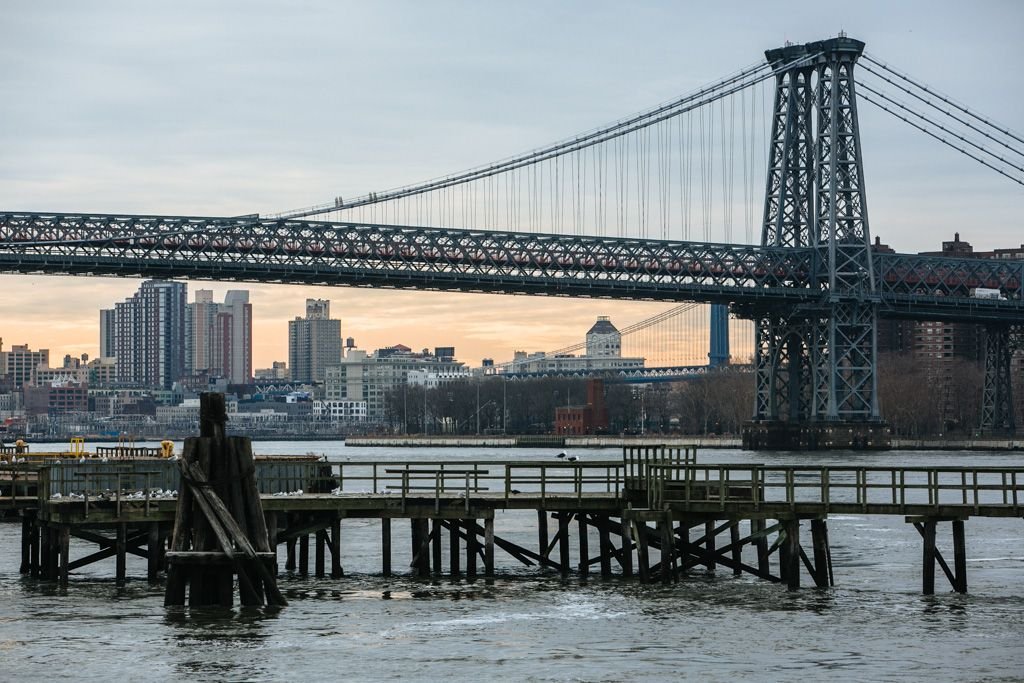 My frolic took me along the cloudy Williamsburg waterfront, then all over the neighborhood ogling new street art. We all know I’m a sucker for grit and street art! I made another frivolous coffee purchase, snacked on a ‘buttery garlic bagel’ from The Bagel Store, and wound up meeting my roommate Lauren for dinner at our favorite restaurant! 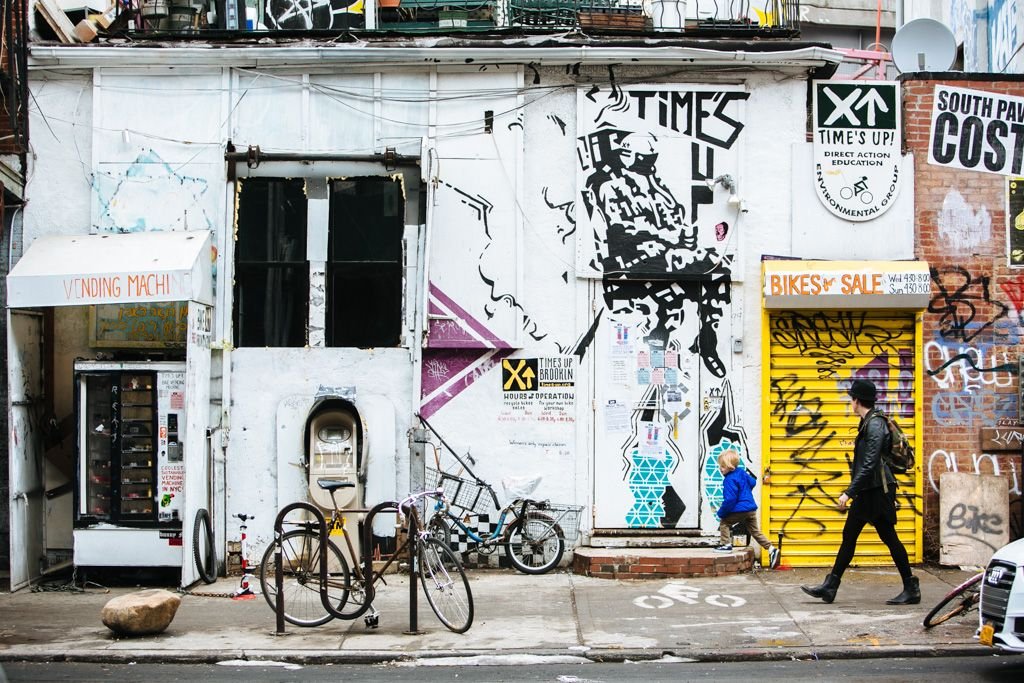 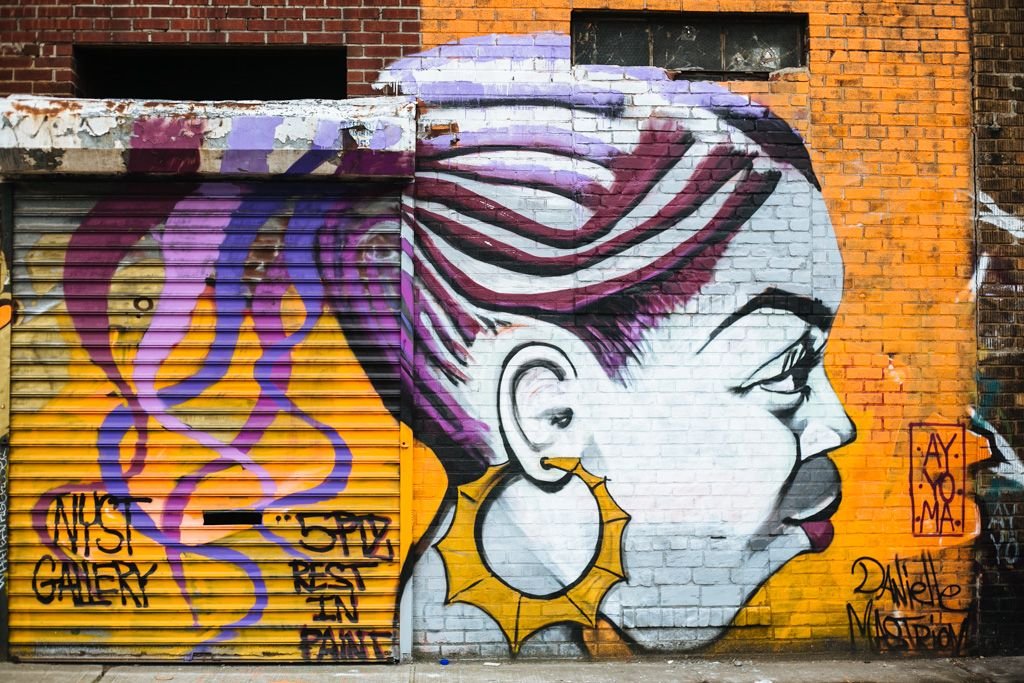 I fight the perpetual internal battle of sticking to my favorites vs. trying something new. Y’know, the whole comfort vs adventure balance. When it comes to eating out in the neighborhood, Lauren and I usually have the intention of trying a new spot (lord knows Williamsburg’s got plenty of fantastic restaurants) – but at least 90% of the time, we call on our long-time favorite: Caracas Arepa Bar.  And you know what? I’M NOT SORRY. Especially not on my birthday! Why WOULDN’T I want to have my favorite meal in the history of meals on what’s supposed to be my special day? 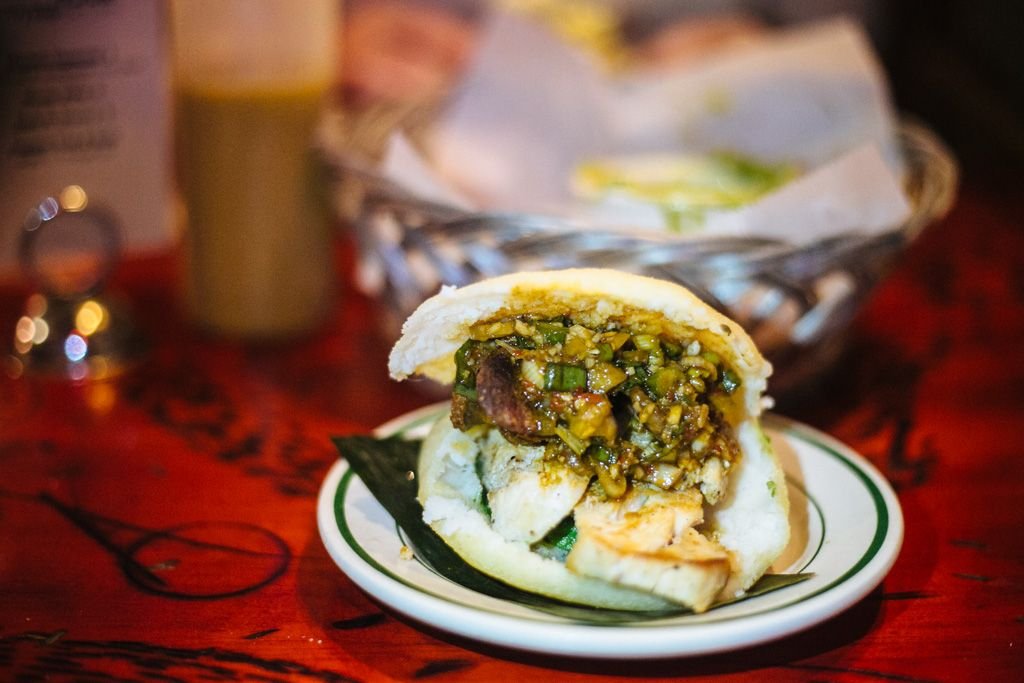 Here’s how I do Caracas:

An instant hit of happiness right there. Until we have to waddle our way home afterwards.

This will likely out me as a crazy cat lady, but instead of watching the Superbowl, I watched my cat get a professional bath in my kitchen sink. After weeks of her curling up in oily frying pans, she’d become quite the dirty little hamster – well beyond saving with my feeble attempts at body soap baths. You might be thinking, Lindsay why did you let your cat lay in a dirty skillet every day? And to that I would reply: because THIS! 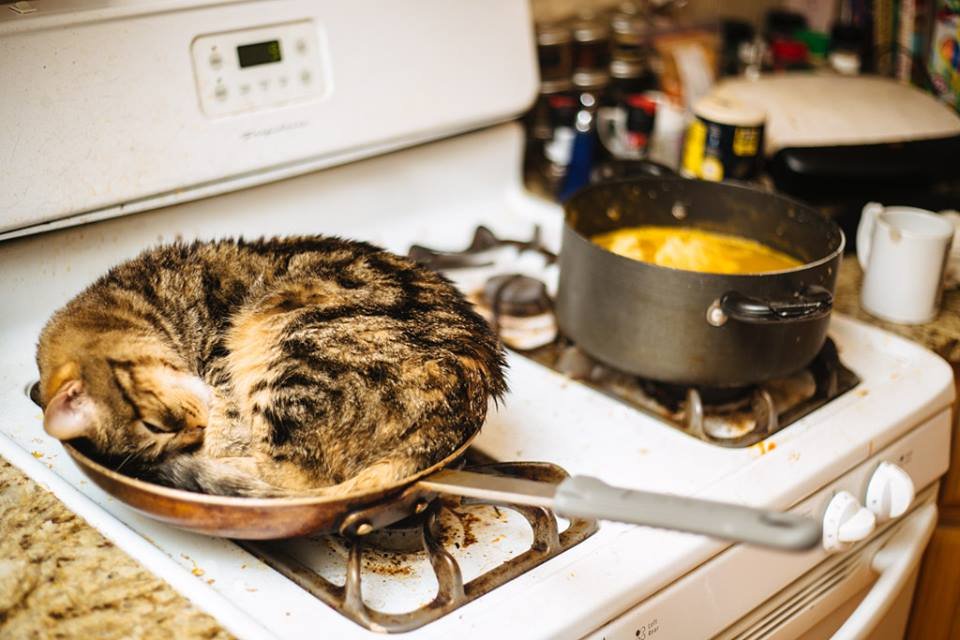 But soon she got too gross for me to let this kind of behavior to continue. I thought about bringing her to a nearby pet groomer, but google revealed the existence of Kitty Pride Inc – a local business that makes house calls to groom cats in Williamsburg and Greenpoint. Thankfully they were free with a day’s notice and were happy to stop by our apartment on Sunday night to clean up our cats. The whole process was wildly entertaining – I had to stifle my impulse to guffaw nonstop as I watched my kitty being soaped up, then relieving herself in the middle of it because she was scared, then looking a lot like ET as they dried her off. After a thorough degreasing, drying, and brushing, Chibbers looked noticeably fluffier and softer. Who knew kitty grooming was a thing?! I’m so happy we did this – both for the entertainment and the well being of our cats. 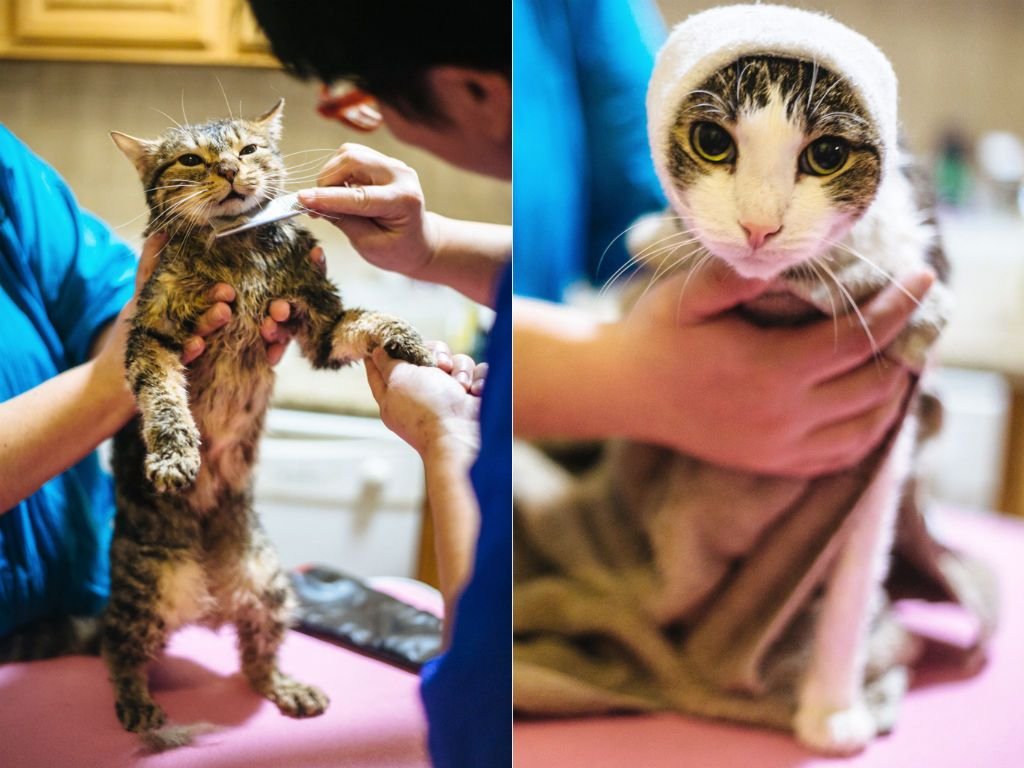 How would you spend a birthday weekend in NYC?