By on Europe Flashback Friday Sweden

I made the long trek from Stockholm to the island of Gotland partially as a pilgrimage to one Pippi Longstocking, but mostly because I wanted to cycle through some Swedish countryside. And, as always, I like to get off the beaten path whenever possible.

Getting to Gotland involved a 3.5 hour ride on the largest, most comfortable ferry I’ve ever been on: think movie theater, lounges, and private rooms. My accommodation once on the island? A bunk bed in an old jail cell at the Visby Prison Hostel. 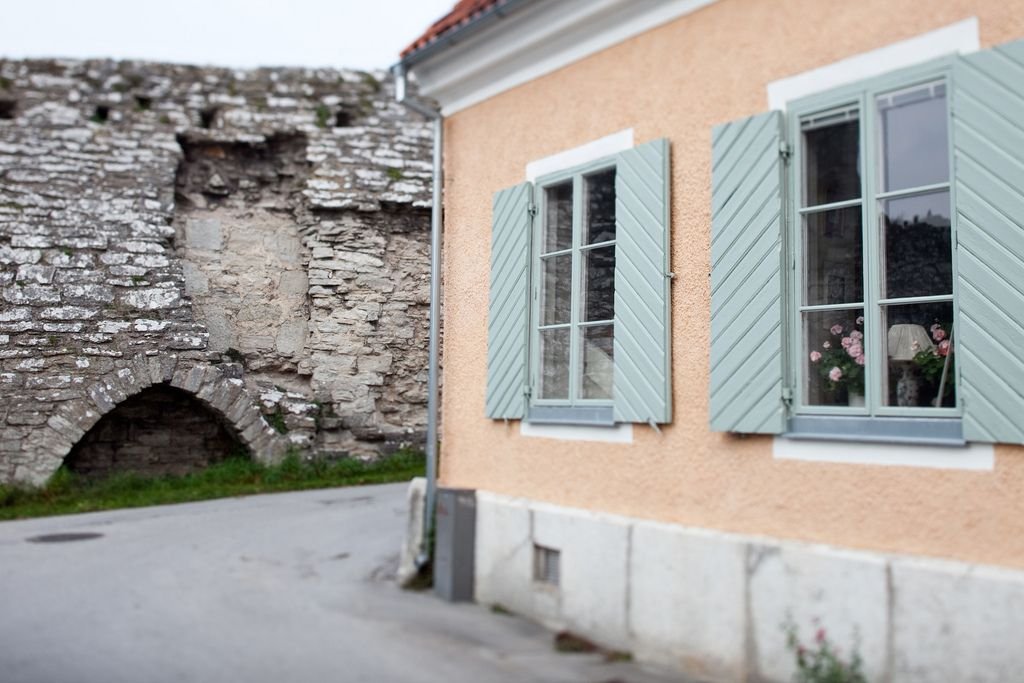 I did get some serious cycling in during my few days on Gotland. Someday I’ll write about that fiasco, which involved getting caught in a massive storm and having to knock on a stranger’s door for an entirely unrelated reason. But I also spent time frolicking around Visby, the town in which I was based. During summer, it’s a poppin’ vacation spot for Stockholmers and other Scandinavians – but as soon as summer’s over Visby is all but dead, as it was when I was there in mid-September 2010. Pastel-colored buildings line Visby’s streets, while a stone wall surrounds the city center. This medieval town makes for a great side trip from Stockholm, I only wish I’d had more time to spend exploring the rest of Gotland!