Headout: Where To Find & Book The Best Experiences In A City

Ever wondered how some people seem to find the coolest things to do on their travels?

Most likely, they either did extensive research on Google, or they saw it on Instagram – both of which call for hours of research and scrolling. I can hardly believe that after 3 blissful years as a leaseholder in Bondi Beach, I’ve thrown in the towel and hit reset on my Australian life.

Yep that’s right – I’m officially back to being a nomad! It’s that time of year again! You know, the one where it stops being beach weather in Sydney and I bugger off to warmer climes for awhile :)

In 2018, I returned to the US for about a month for some family time, NYC catch ups, and adventures in my favorite state, California. Oh man, it’s been an awfully long time since I crafted one of these posts highlighting my upcoming travel plans. The truth is, I’ve been TERRIBLE about planning my travels these past couple years. My Next 3 Months Of Travel Plans

It’s been awhile since I did one of these travel planning posts, namely because I’ve taken an anti-planning approach to my recent travels. But with so many events coming up and opportunities arising, I suddenly find myself with a very structured 3 months of travel adventures coming up. 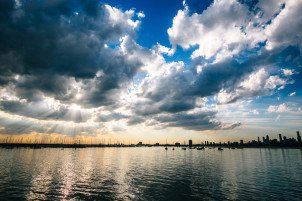 Life After Oz: Where To Next?

Welp, the moment I’ve been dreading is finally upon me: my year on the Australian Work & Holiday Visa is almost over.

I knew before I even stepped foot on the Canberra Airport tarmac on Day 1 that I wouldn’t want to leave this country. All The Things I’m Excited For In Melbourne

As lovely as the past 11 weeks have been living in the remote Kimberley and working in the Outback, I’m very ready to return to civilization. These 3 months have allowed me to immerse myself in nature, catch up on writing and editing, and save up money so I can continue to pay for student loans while traveling. On Being Homeless and Planless

The latest chapter of my wacky Australian adventure saw me driving from Melbourne to Perth (4000km in 9 days), then flying across the continent the next morning from Perth to Townsville (4700km in 1 day). 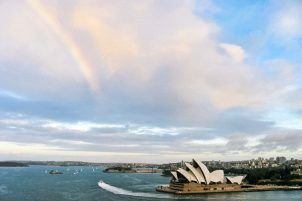 I can barely wrap my head around that fact. It seems so natural, but with these last few weeks just flying by it’s become REAL. 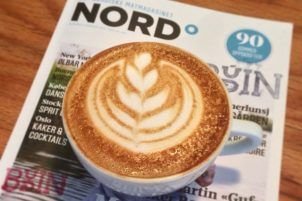 Sometimes, You Just Gotta Roll With The Punches

“THERE’S A VOLCANO ALERT FOR ICELAND!”, Becca texted me last week, just 11 days before we were due to fly to Reykjavik.

I immediately took to The Google, which confirmed that an orange alert had been issued due to “intense seismic activity at the Bardarbunga volcano [which]indicates the potential for a disruptive ash event similar to 2010”.