They say Sydney is the city with the best walking tracks. And after tackling most of those along Sydney Harbour myself, I have absolutely zero objections to that claim.

Since I live in Bondi, I’m obviously partial to the famous Bondi to Coogee coastal walk. I think my favorite Sydney Harbour walk, though, is the one that wraps around Watsons Bay from South Head. It’s the best of Sydney condensed into one glorious walking track: from the rugged ocean cliffs of Gap Bluff to the secluded harbour beaches and the magnificently framed views of the Sydney Harbour Bridge and Sydney Opera House along the way. Best of all, it’s not at all crowded!

If you’re an avid walker and have a full sunny day at your disposal, I can think of few better outdoor adventures in Sydney than walking this Watsons Bay/South Head trail, then continuing on through ritzy Vaucluse and ambling along the Hermitage Foreshore Walk towards Rose Bay. It’s totally worth the inevitable sunburn and sore feet! 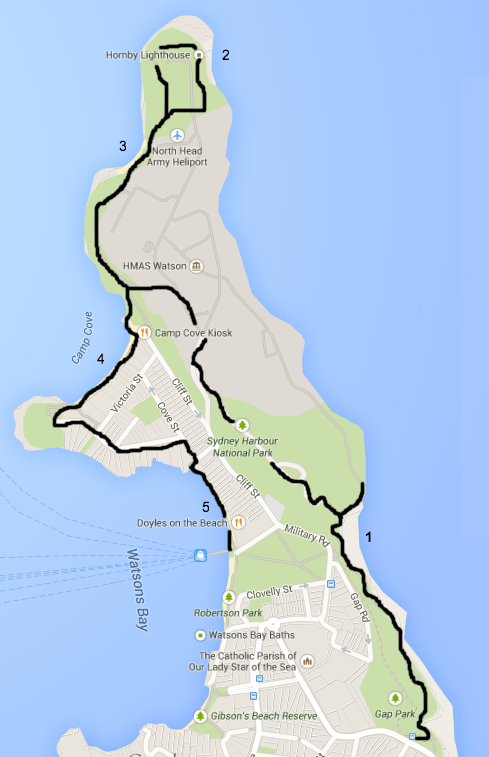 In a counter-clockwise direction, here’s how the walk unfolds —

Jump off the bus at Gap Park and begin the walk along the cliff edge toward the tip of South Head. I love this part of the walk because on one side you’ve got the rugged coast, then when you turn your head and look the other way you see some of the best views of Sydney. I mean HOW AMAZING IS THIS?!! 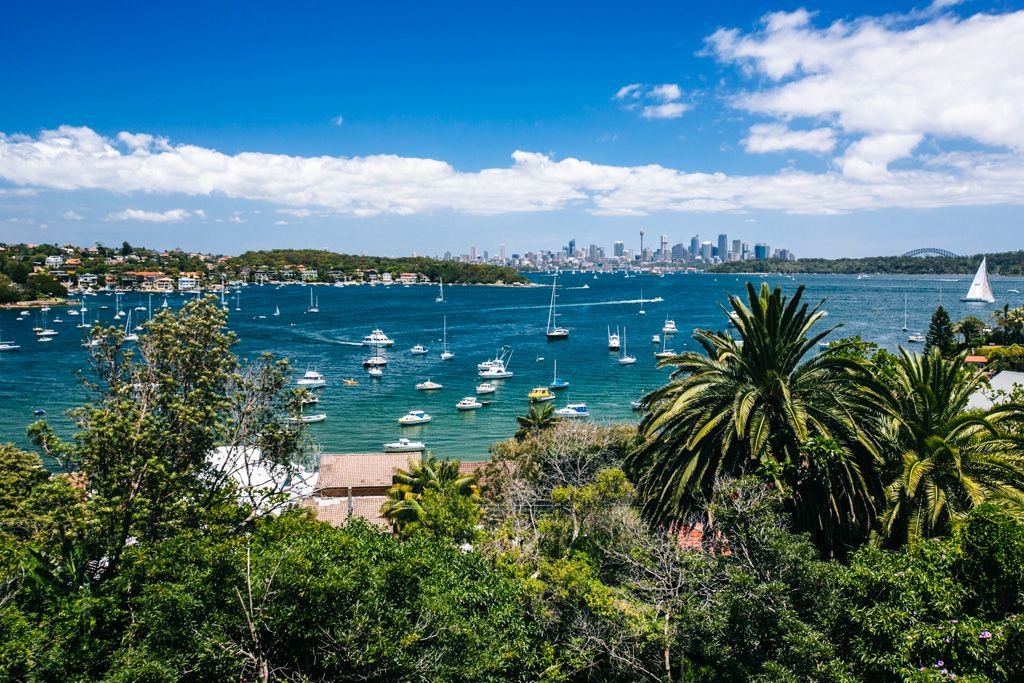 Not too far down the path you’ll reach another park entrance, which happens to be stationed near an exceptional view of The Gap. It’s hard not to stand here for awhile captivated by the crashing waves just below. 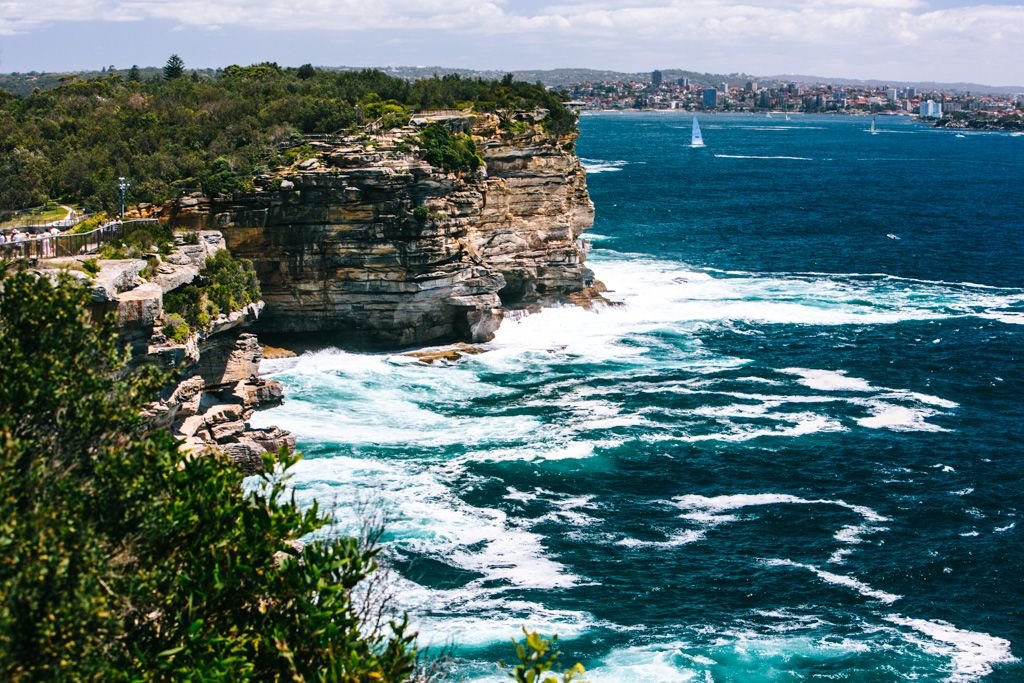 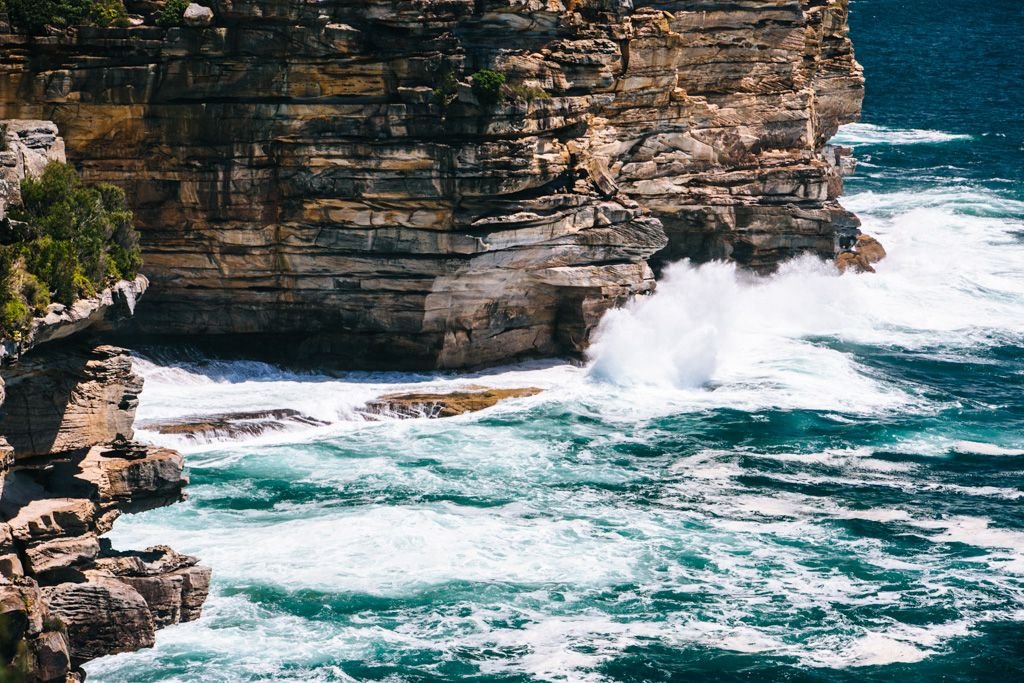 From The Gap, the path continues uphill into Sydney Harbour National Park. The views up here are just magnificent! 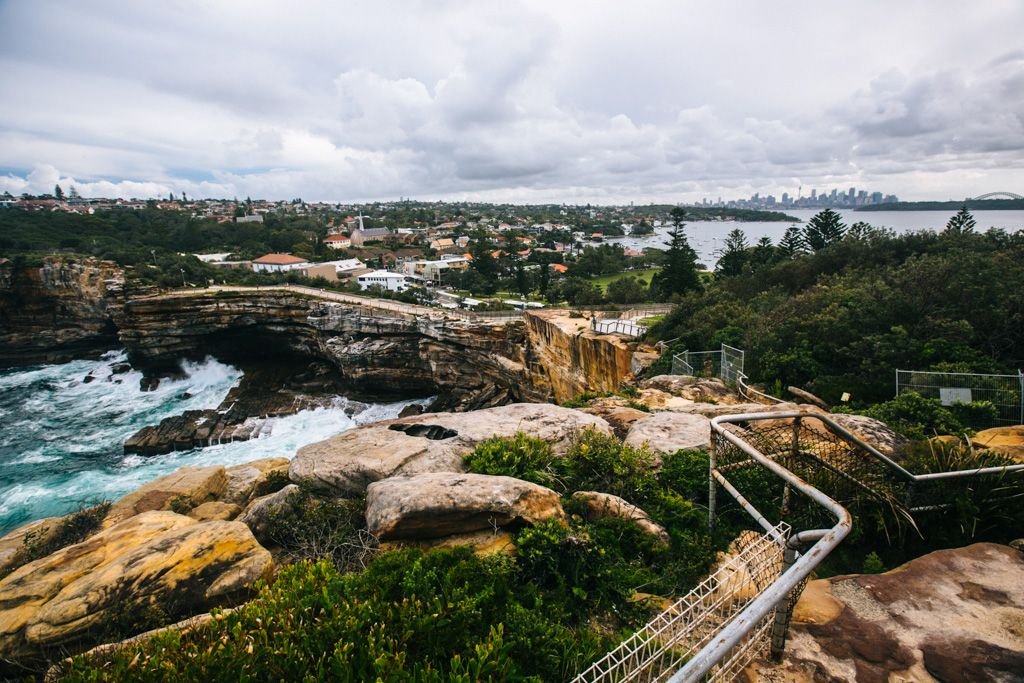 If you can pry yourself away from The Gap, the second part of this walk beckons. Getting to the start of South Head Heritage Trail can be a little tricky if the path onwards is closed off (as it was the last time I was there). In that case, you can just head back to the main road and enter Gap Bluff Centre, walk through the parking lot, and join the path from there. Either way, you’ll hit the South Head Heritage Trail smack in the middle, right around the navy base.

If in doubt, this map should set you straight. 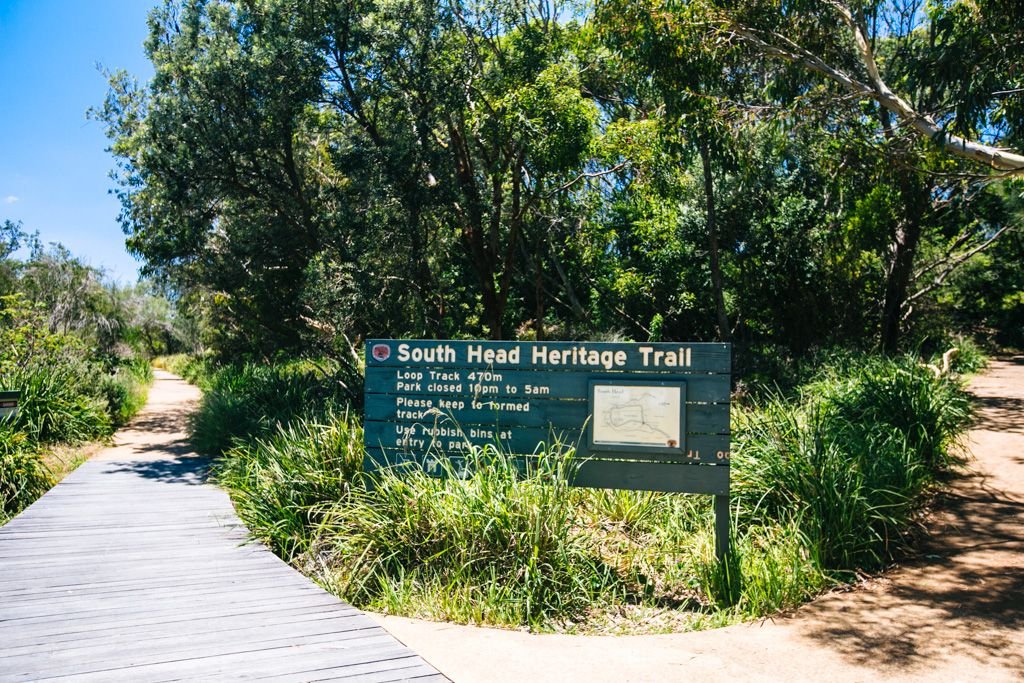 At the north end of the trail is the lighthouse loop, which takes you on a tour past the Hornby Lighthouse and some historic remnants (i.e. old forts). Definitely check out the old hut right by the lighthouse – it’s more or less the foundation for a tiny building, and it looks straight out at North Head and the deep blue sea. It’s a great spot to relax in the shade of the house while having a snack or lunch. 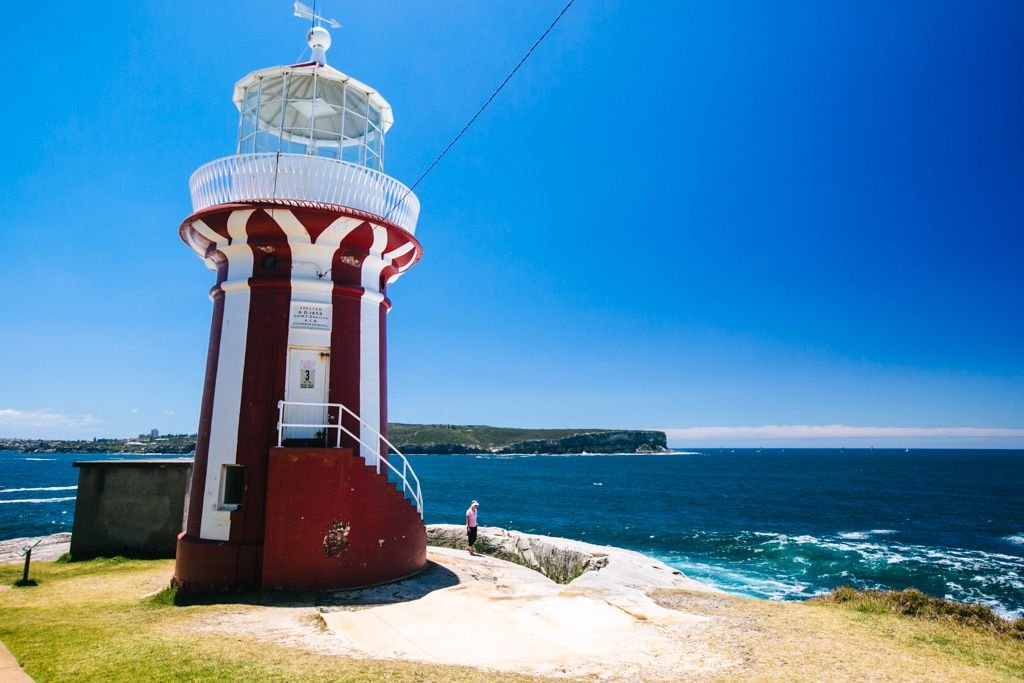 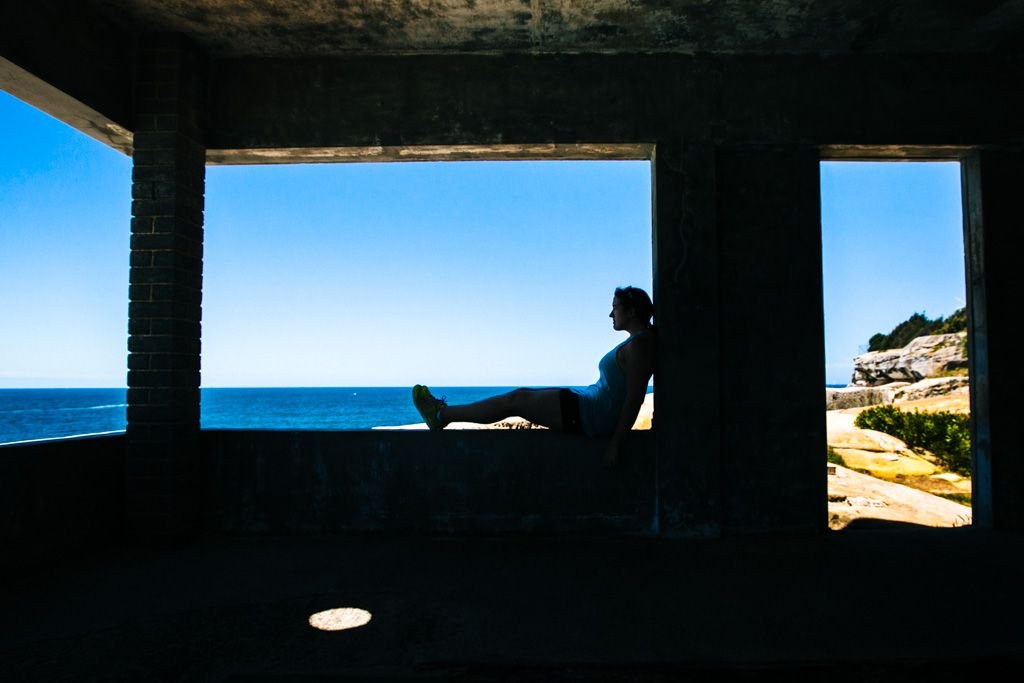 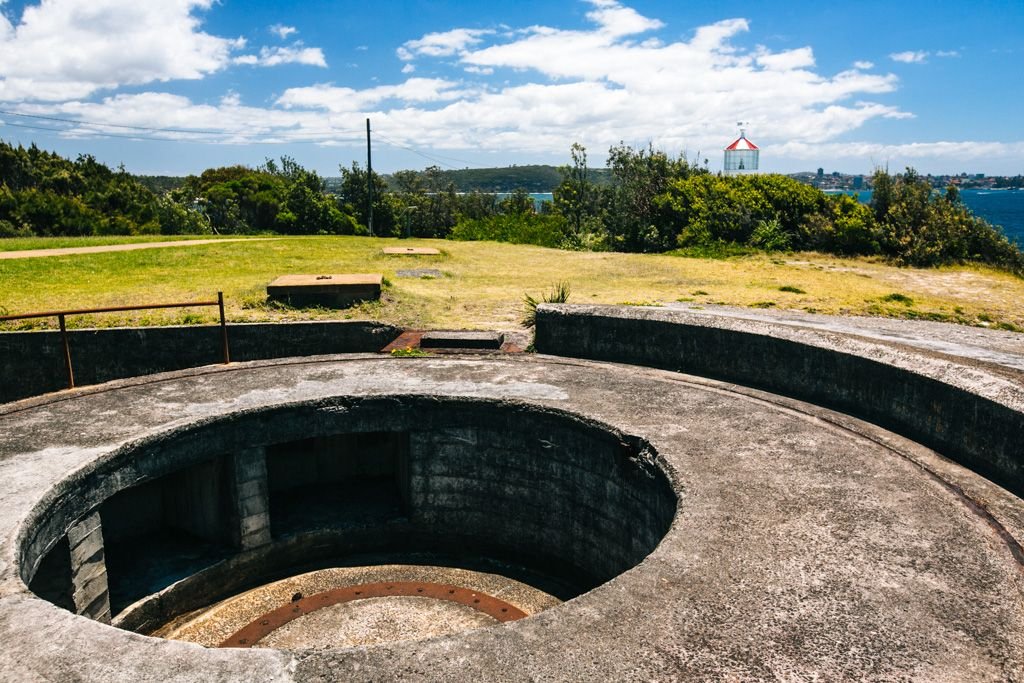 Lady Bay is Sydney’s best nude beach. And by best, I mean most beautiful and most popular. If you approach the stairway leading down to the beach, you can catch a glimpse of the folks who frequent this beach (almost all of which are creepy middle-aged men). But know that they can see from below when you gawk at them and then run away giggling (as basically all tourists do). 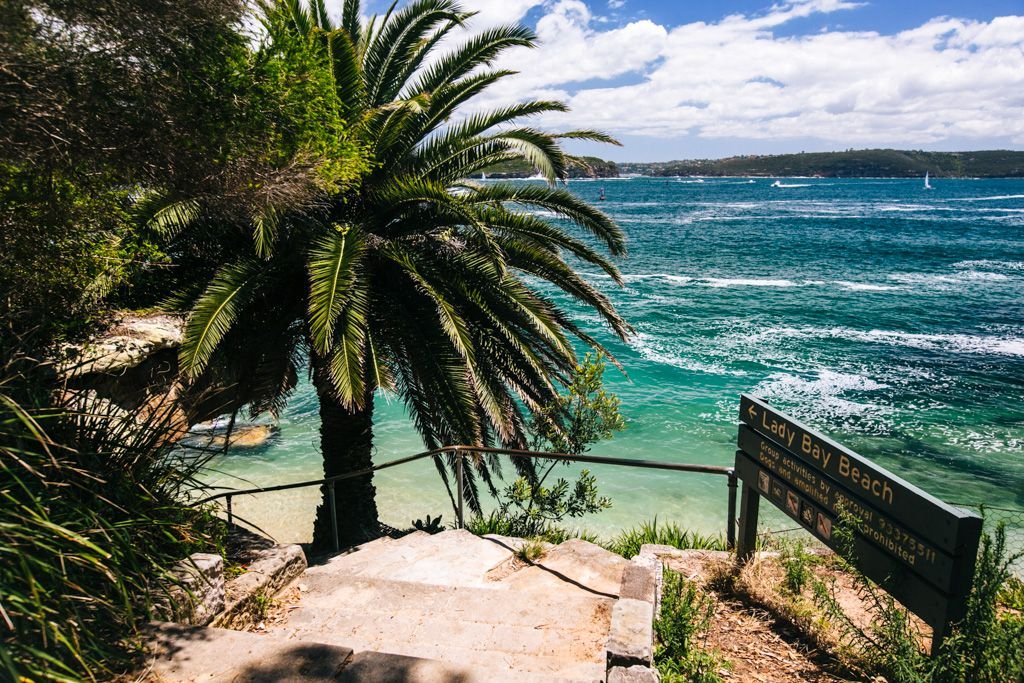 If descending to a plot of sand swarming with naked older men sounds intimidating, there’s an alternate path you can take down that’s a bit more private. Head down the Heritage Trail to the right of the beach (toward the lighthouse) and take the footpath through the woods. Getting down to the beach requires some rock scrambling/rappelling, but it’s pretty easy. You’ll drop down to a rocky area well fit for laying out or lounging in the rock pools at low tide. Then if you dare, you can just walk over to the main beach when the tide is low enough.

Really though, don’t let the naked men or rappelling deter you from checking out Lady Bay – it’s one of the best beaches in Sydney! 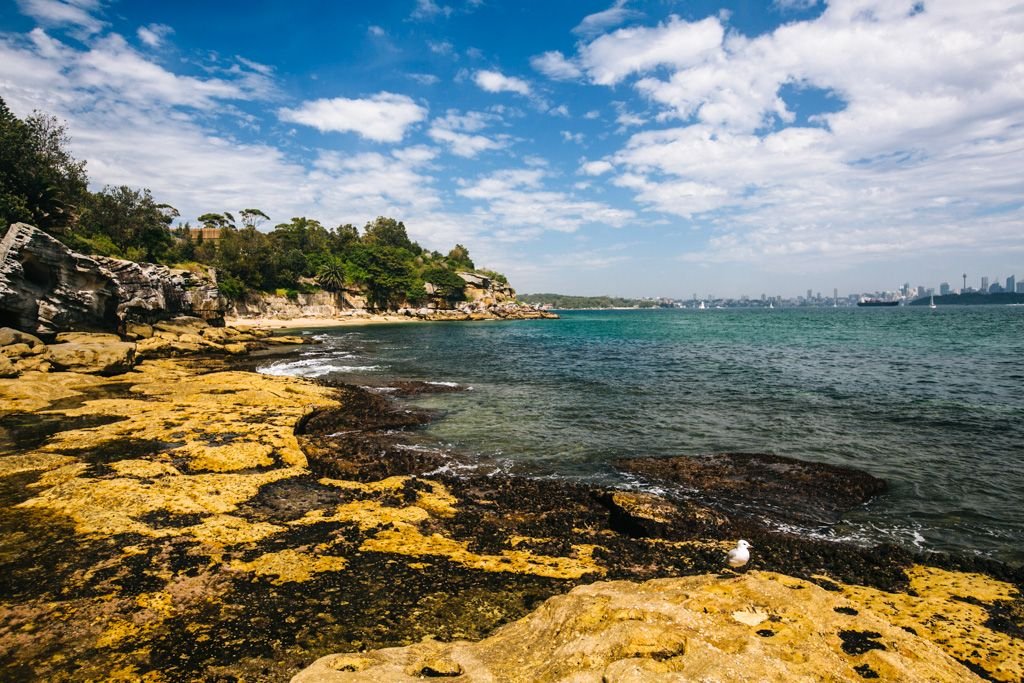 Camp Cove is more of a family beach, but it’s super pretty! In bright sun, the sand looks orange and the water reflects a deep turquoise. Throw in some good diving and snorkelling just offshore and a lovely view of the city skyline and BAM, another fantastic Sydney beach. 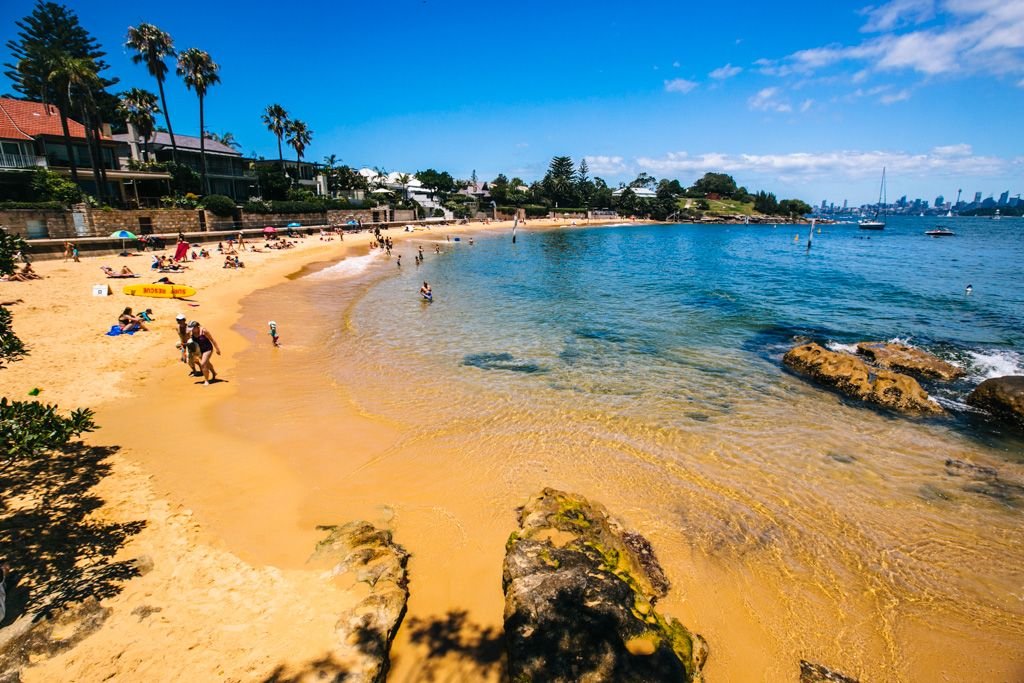 Be sure to walk uphill on either side of the beach to catch a view of it from above. Both sides happen to be great spots for hanging out as well, you know, in case you’re sick of laying in the sand or need to cool off in the shade. 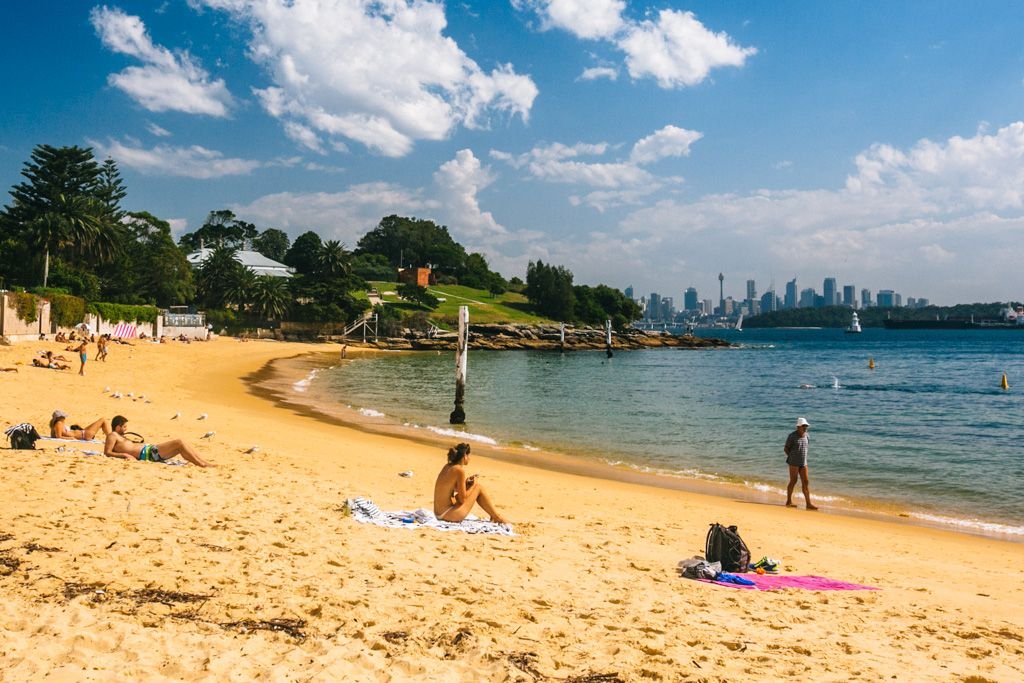 From Camp Cove, it’s just a 5 minute walk down the street to Watsons Bay beach, where you can dine alfresco on fish and chips at Doyle’s on the Beach or catch a ferry back to the city. Watsons Bay is also a great place to stand up paddleboard, with both board rentals and lessons available, or swim in the super-calm water just off the jetties. 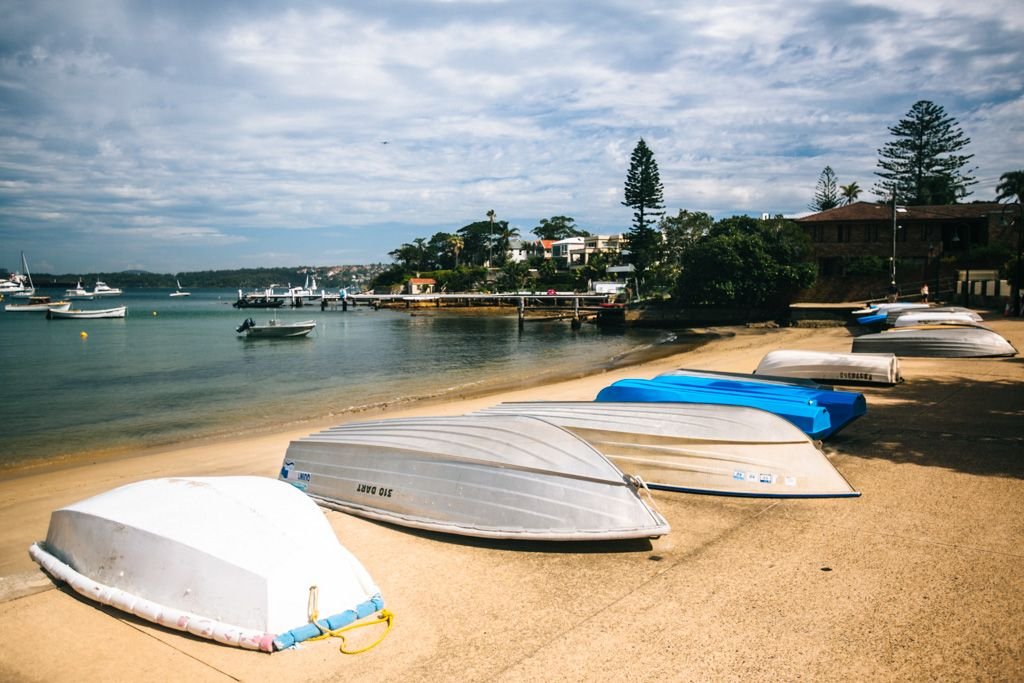 How to get there: Take the 324 or 380 bus to Old South Head Road near Gap Park. There should be a sign at the park entrance, which is just before a very steep hill downwards.

How much time to allow: The walk can be done in 2-2.5 hours, but you’ll want more time if you plan to stop off at any of the beaches or the historic sites.