At the start of 2020, I declared my plans to move out of my Bondi apartment and be nomadic for most of the year.

Then COVID-19 came and turned EVERYTHING upside-down for everyone.

I did move, and I did become nomadic – but it all happened in a much different way than I’d originally intended. 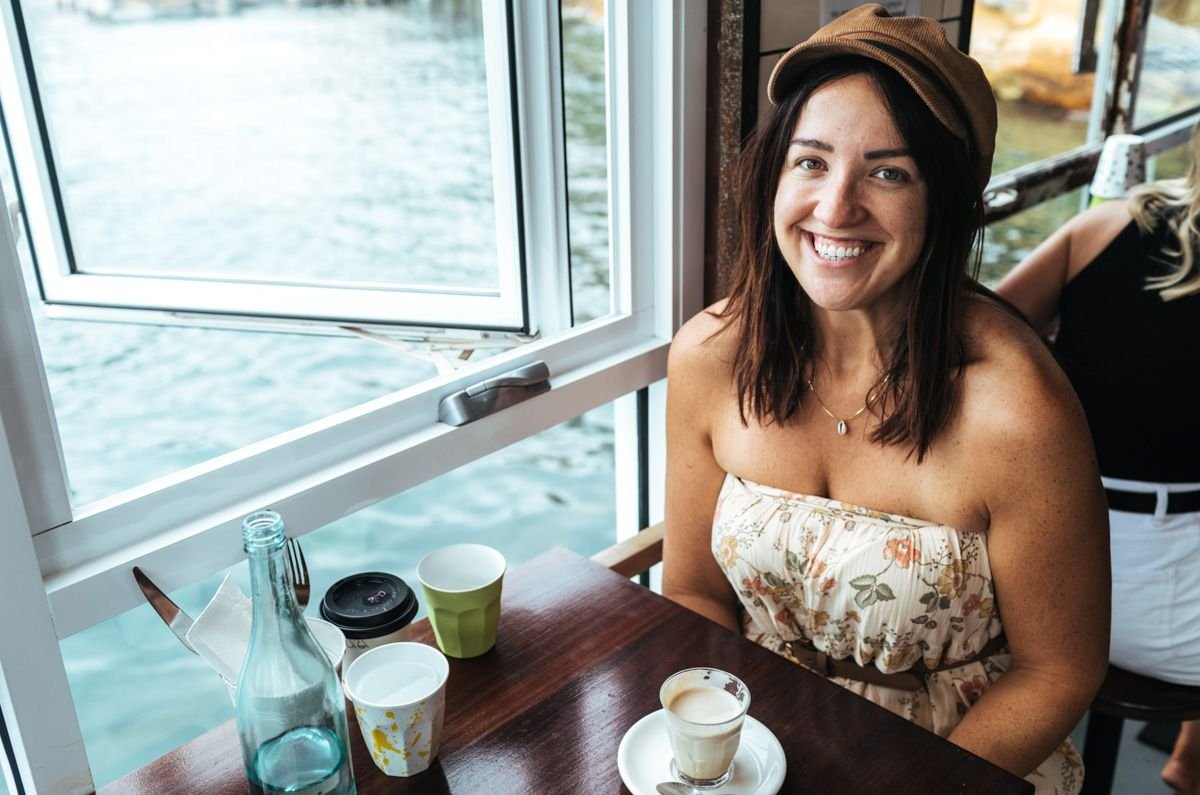 Instead of flying to the US in May to attend a work event and travel around, spending all summer in Europe, and then returning to Sydney in September to find a new apartment (on my own!)… when COVID hit, I moved in with the guy I’d just started seeing and spent 7 months in an old studio apartment in North Sydney, living out of a few suitcases.

It’s been a different kind of adventure, that’s for sure!

Obviously that sort of living situation is not sustainable long term, and by September we were well and truly over it. Conveniently enough, September was when our lease was up – and no WAY were we going to commit to another year in that apartment. 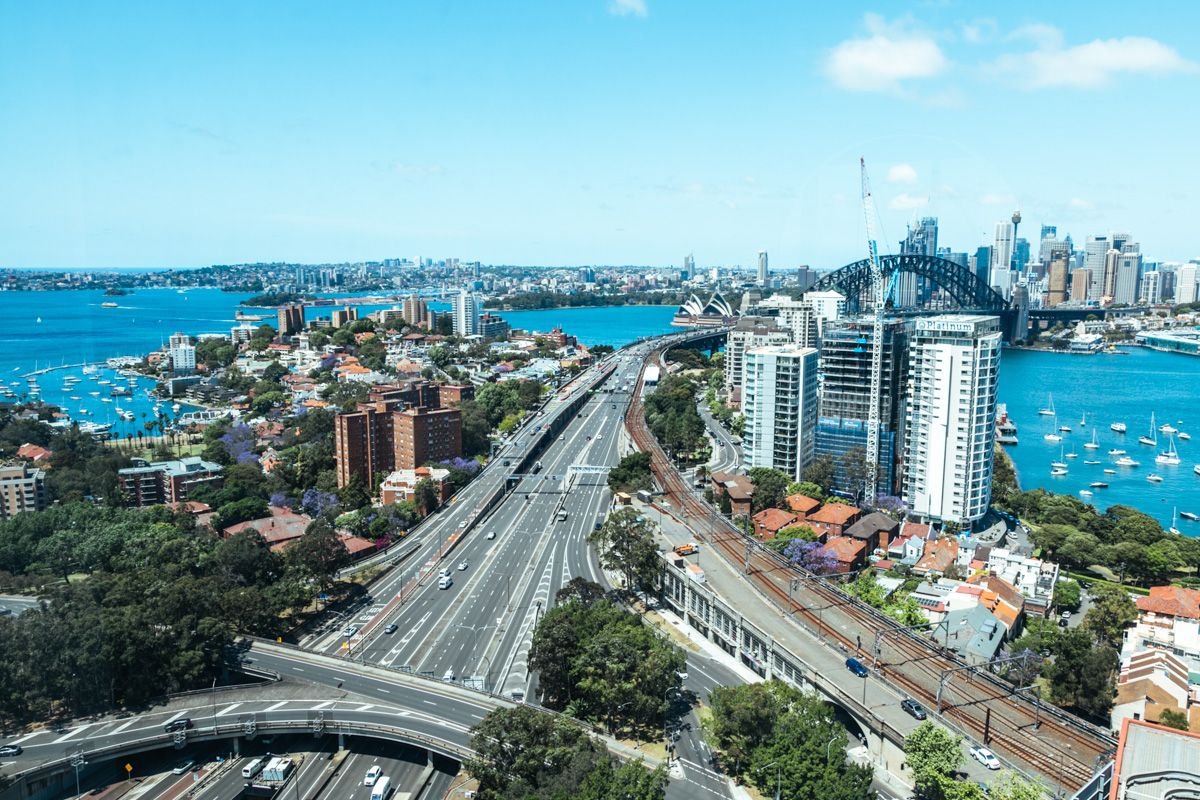 It would have been the perfect time to move into a new apartment, with rent being much lower than usual in Sydney due to COVID. We probably could have scored an incredible deal on a really nice place by the beach.

But dammit, 2020 was supposed to be full of travel! I didn’t want to scrap my plans to be nomadic and live for an extended period on the road. Signing a lease and settling down may have made sense, but I knew that my itch for adventure needed to be scratched before I’d be ready to do that.

With state borders starting to open up in Australia, now is actually the perfect time to travel within this country.

So that’s what we’re going to do! 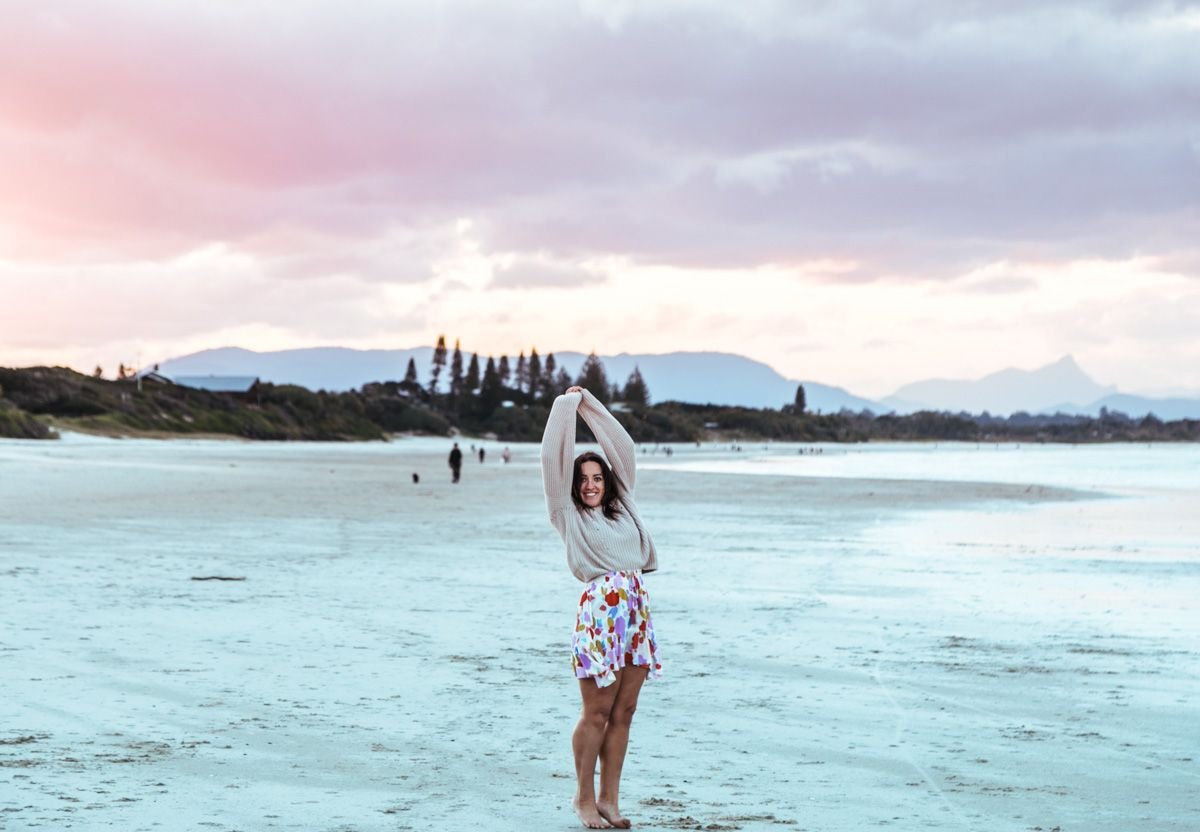 One thing Pete and I did to get through the pandemic was dream about future travels. At the start of the year (before my travel plans got shot to hell), we thought he might meet me in Europe and that we’d travel around for a month together. So we’d been saving up money for that trip.

Then when I had to cancel my US/Euro trip due to COVID, we started dreaming about traveling the world later this year and basing ourselves in affordable cities/places for a couple months at a time, digital nomad style. Koh Phangan, Thailand and Cape Town, South Africa were two bases we’d settled on – we never got further than that once it became clear that we wouldn’t be able to leave Australia at all this year.

So then our dreams shifted to our own country. We started playing with the idea of doing a long term road trip around Australia once state borders opened up again. Then one day in early September, Pete gave notice at his job and suddenly it became REAL. Oh sh*t, we’re really gonna do this van life thing! 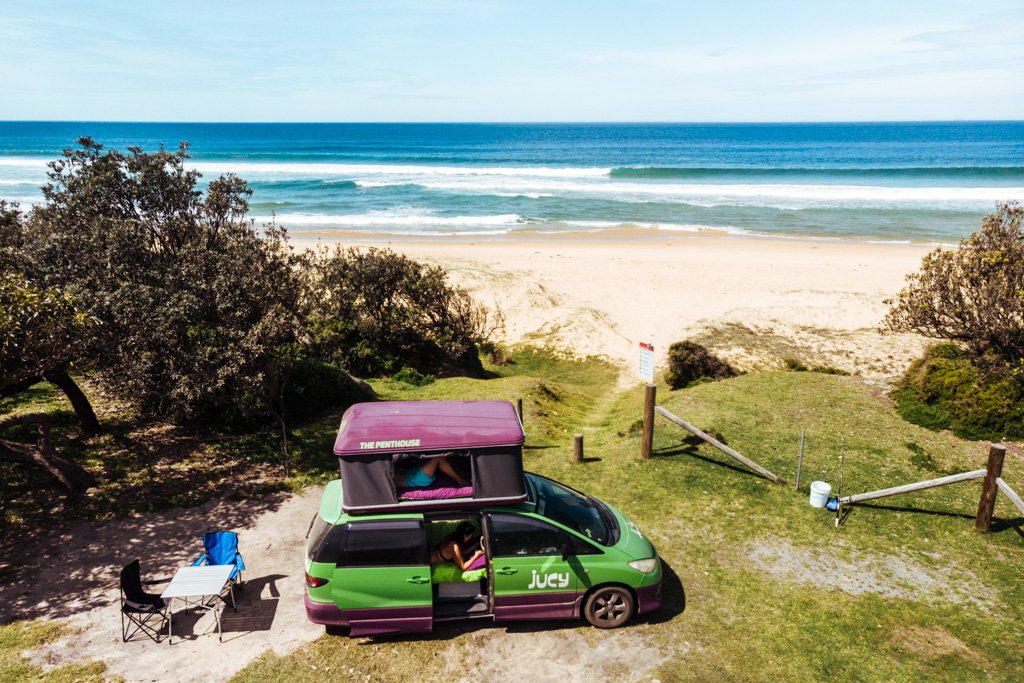 That decision set off a series of other moves we had to make in order to make this dream a reality.

FIRST: we needed a vehicle for road tripping. I’d been set on buying one of those big white vans that’s been converted into a campervan, but there were very few (affordable) options around Sydney. We could have bought a non-converted van and done the conversion ourselves, but that would have required a lot more time and money than we had. And to be honest, I really have no interest in doing the build myself, so if I were to go this route I’d be hiring someone to do it for me.

We decided a better option for us would be a 4WD + caravan. When I thought about it, it didn’t really make much sense having two people live out of a van for what could be a year. We have so much more storage space with two vehicles, and our caravan even has a dining table inside where we can sit and work comfortably.

Having a car separate from our living space means that we can set up the caravan at the campsite for a week or two and drive off to explore the area with greater ease. I also like having 4WD to tackle rougher roads, and we’ve got a tent and plenty of backpacking gear in case we want to camp in places that we can’t take our caravan to (e.g. Cape York).

Getting Ready For Caravan Life

BUT: I didn’t realize how much more work it would be to get both a 4WD *and* a caravan ready for road tripping! 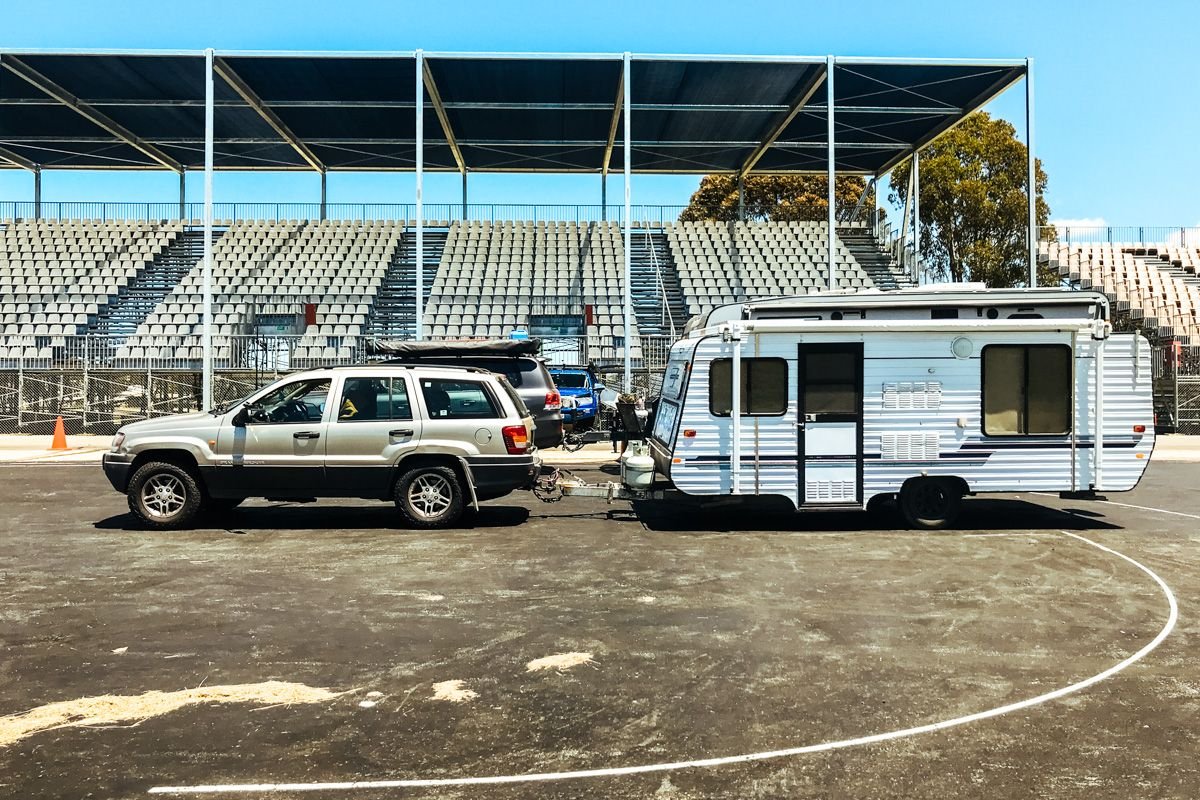 Our road trip steed: meet Ross (the Jeep) and Rachel (the caravan)!

We had to go through the research, buying, and servicing process not once but TWICE for both vehicles – and in quick succession, since we didn’t already have a car and needed both in a short timespan.

Then we had to buy ALL OF THE THINGS to last us a year on the road. You really don’t realize how much stuff you need until you start writing that shopping list – literally it’s like you buy 10 things and think of 15 more to add to the list. Then you buy all of the tools and precautionary things you should have on hand in case anything happens to your vehicles while on the road, realize you have no freaking idea how to use ANY of them, and have to learn how to do all these new things.

Speaking of new things, the caravan is also something we need to learn how to use. There’s a setup and breakdown process to follow, which makes it a much more involved process than simply driving a van and parking it somewhere for the night. As of now, I have absolutely no idea how the water tanks work or when to use 12V vs 240V vs oil to run certain appliances in the caravan. There is a very good chance we’ll run out of water and battery in the early days of our trip.

Oh and by the way, we have to actually TOW the caravan. Have either of us ever towed before? Nope! I mean, I only got comfortable driving on the left side of the road like 2 years ago. I am in no way eager to add another level of complexity to it, but we signed up for a towing course and learned all about how to hook up the caravan to the car, how to do safety checks, and how to reverse park. Next we have to weigh our whole setup and ensure that the weight is distributed properly and that we’re within legal limits.

I can feel my mind melting with every step of this whole process. It’s been 2 months of overwhelm (plus, throw in moving from Sydney to Canberra, recording my online course, and the US election and HOW AM I EVEN STILL FUNCTIONING RIGHT NOW?!). 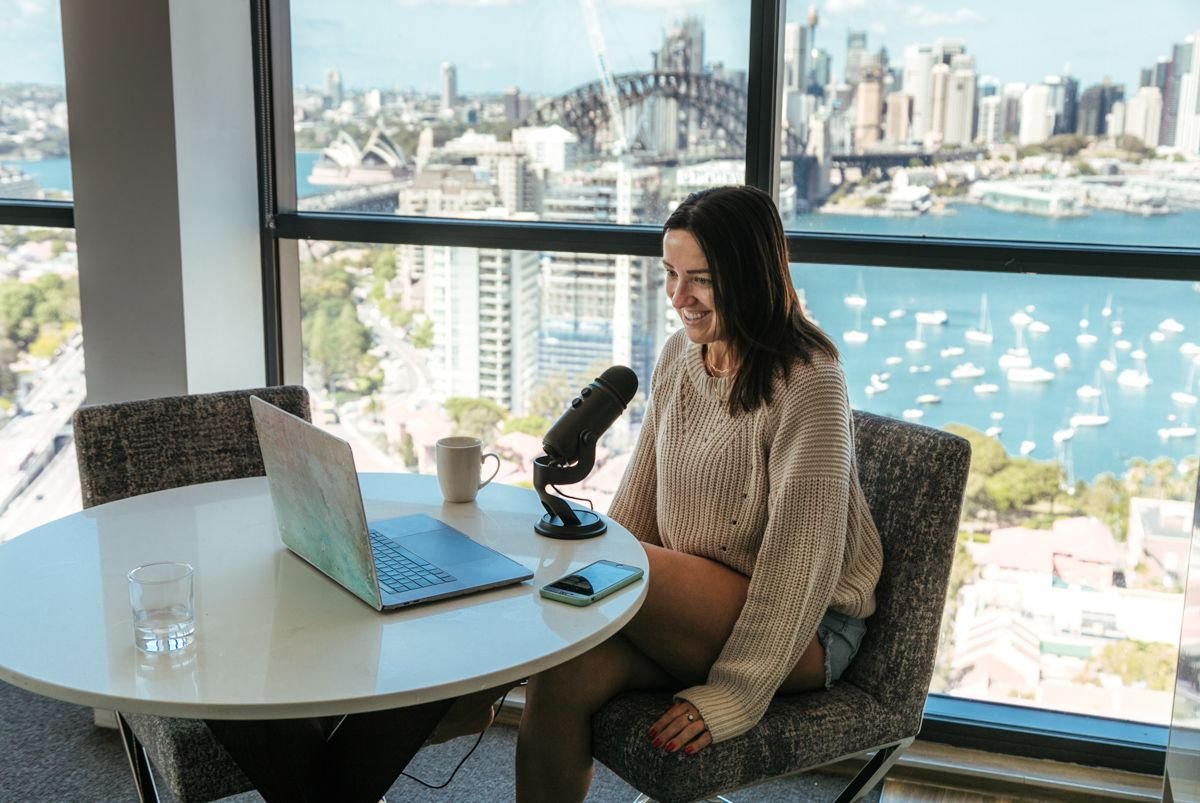 All of this to say that caravanning is MUCH more involved (and $$) than I imagined it would be.

We spent AU$6000 on the Jeep and AU$10,000 on the caravan (which is just under US$12k total), plus thousands more on getting the vehicles serviced and equipped for road tripping. I’m at peace with the money aspect of it, as I know it’s an investment and I expected to pretty much clear out my bank accounts to make this dream come true. But the time and mental energy I’ve spent on everything has been above and beyond what I expected, and I think that’s why I’m so drained.

The good news is that we’re nearly done and ready to hit the road! We’re planning on doing a week-long trip next week somewhere nearby, just to get used to everything before we take off for good. We’ve been staying with Pete’s parents in Canberra and will be here til early or mid-December, which is when we plan to start the big road trip. 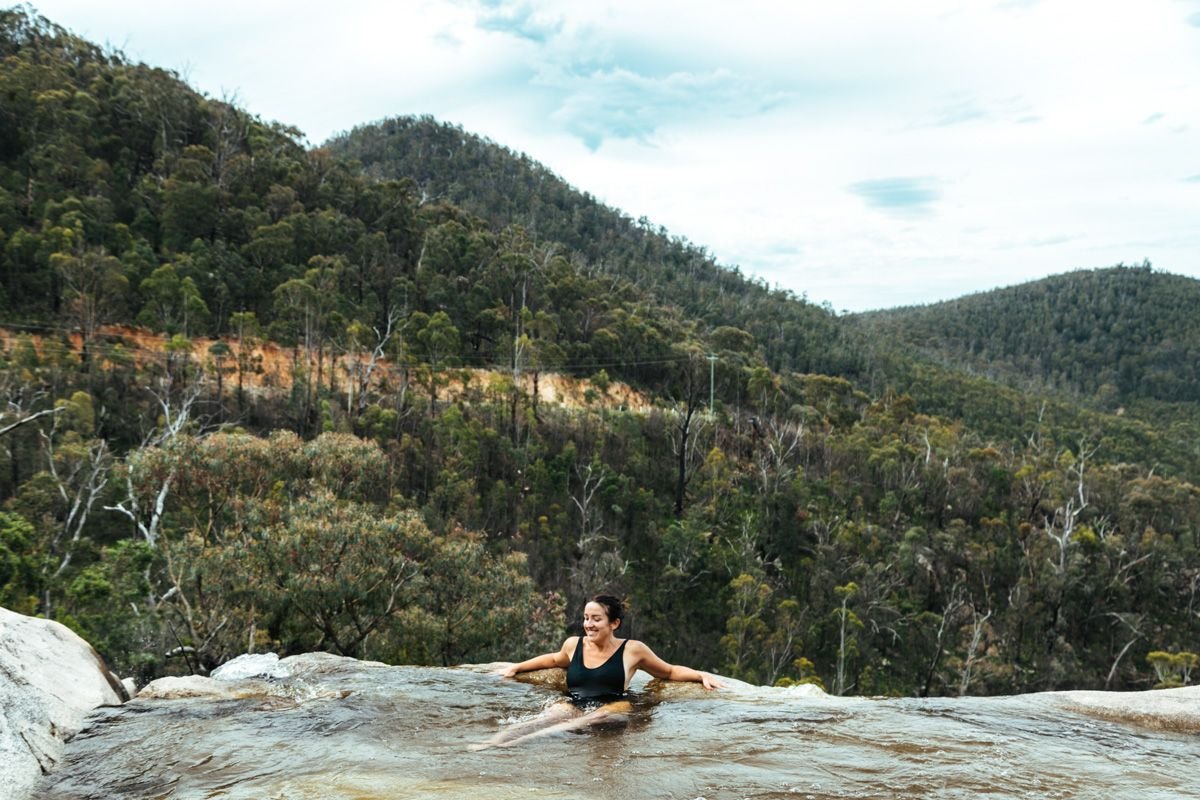 So What’s The Plan?

It’s actually been so nice living in Canberra, and in a proper house! I’ve loved getting to explore the ACT, which is known as the bush capital of Australia. We’ve done some hikes and checked out a waterfall and the arboretum, and I’ve got a few more things on my to-do list before we leave the area.

We actually have NO IDEA where we’re going on this road trip! None whatsoever. It’s fun seeing people’s reactions when they ask us about our plans and we’re like *shrug*. A lot of it depends on state border openings, and we were also having to plan around a possible appointment back in Sydney next year (but now we probably don’t need to).

I think ideally we would like to go straight up the east coast and spend several months in Queensland, but this is probably the worst time to do so as we’re approaching summer and it’s just going to get hotter and more humid the further up we go. We won’t have any air con and don’t plan to travel with a generator, so it’s kinda important that it won’t be too hot to sleep at night.

And we also have no idea how long we’ll be on the road for! I guess we’ll just see how we go with van life 🙂 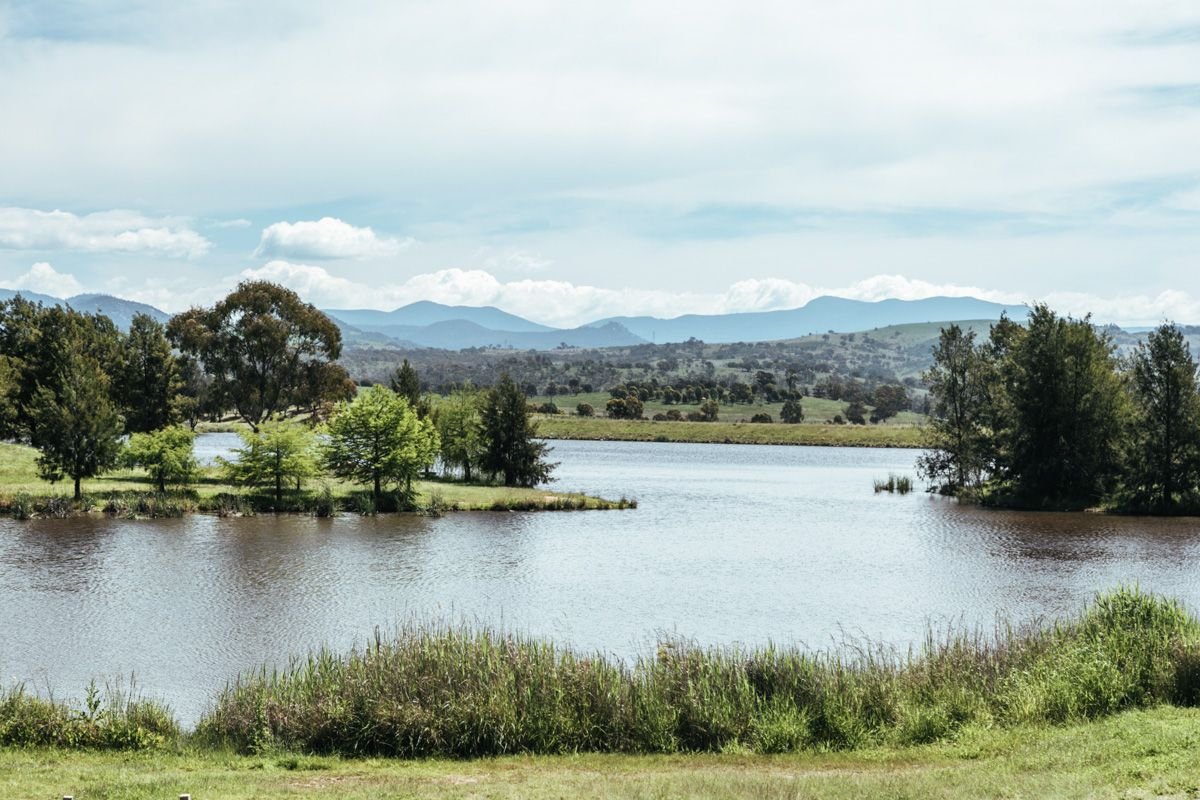 One thing I DO know is that I’m going to bring back my monthly recaps! OG readers might recall that I posted The Down Under Report for each month of my year on the working holiday visa (2015), and the FF Monthly Recap the following year (2016) when I became a digital nomad and had to do visa runs in and out of Australia, and also bimonthly in 2018 when I was living in Bondi.

These monthly recaps will be known as the Caravan Life Diaries, and will hit the blog in early 2021!

Until then… please feel free to cast your vote for where I should head first on my Australia-wide road trip, or let me know where in Australia I absolutely MUST visit, by leaving a comment below!

Tags: Australialife
Previous ArticlePacking For A Day Hike: The Ultimate Day Hike Packing List
Next Article How To Start A Freelancing Business From Scratch