These are the things Southwest Australia is most known for. With plenty of time and money, you could afford to sample the best of the region via all of them. But as a time-constrained broke backpacker, I chose to experience Southwest Australia through two filters: beaches and wine. Which worked out super well because not only are these two of my favorite things in life, but also: in Southwest Australia, they happen to be both awesome and free. 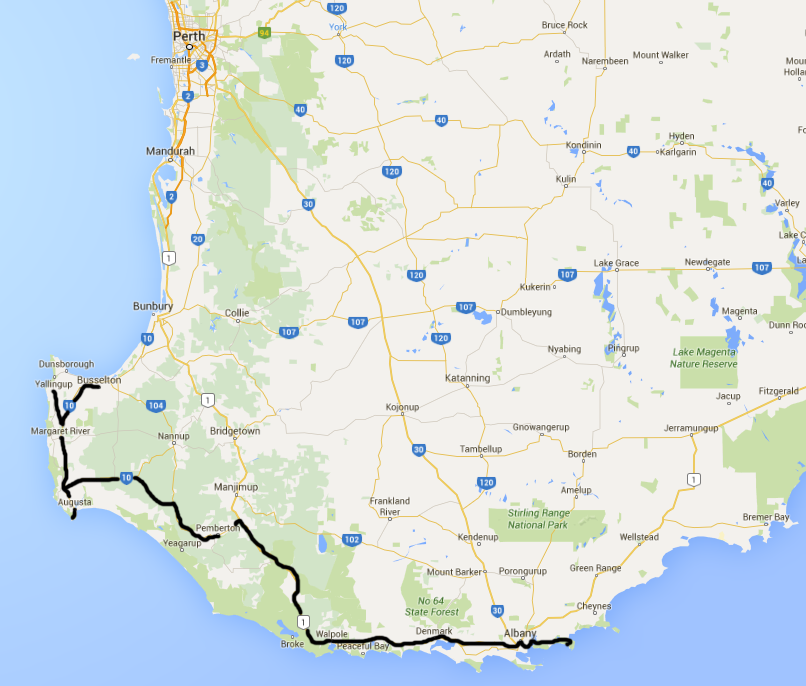 About 2 hours south of Perth, we hit Bunbury: the gateway to Southwest Australia. Bunbury, Busselton, and Dunsborough are the main towns along Geographe Bay, which is a prime spot for dolphin watching (and whale watching, if you’re there September-December). We saw a few dolphins in Busselton and stayed to watch the sunset. 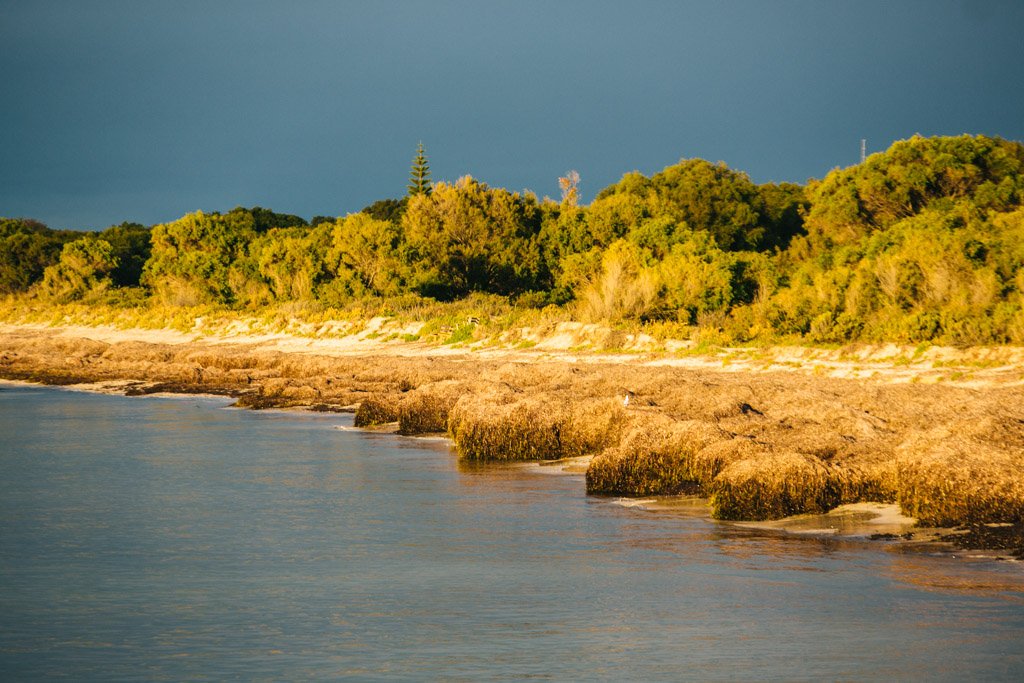 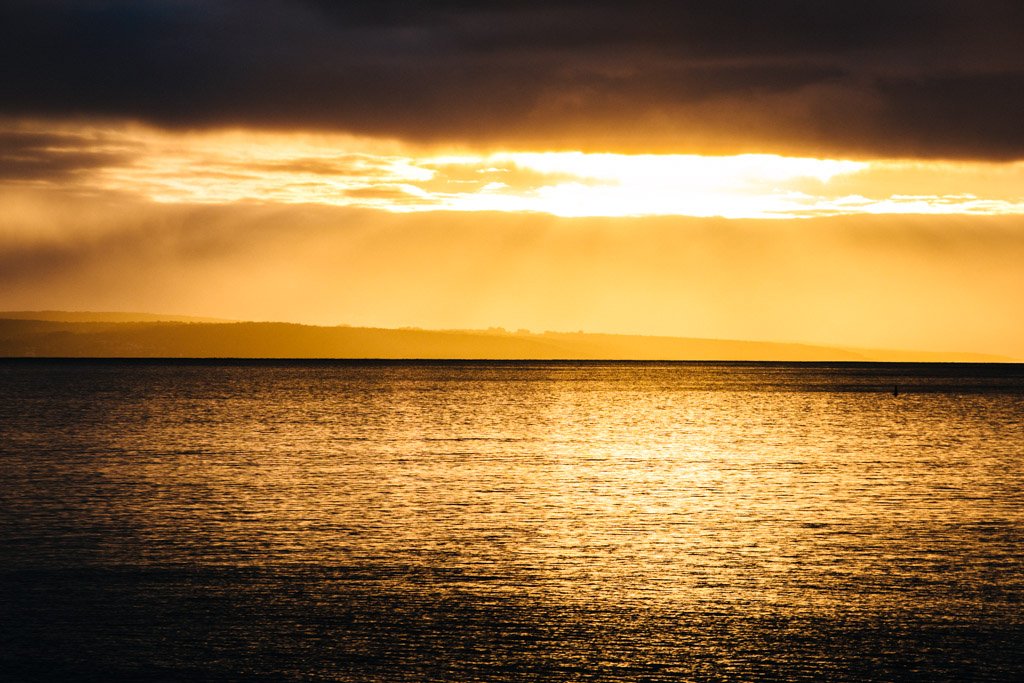 Just southwest of Geographe Bay is Yallingup, a little surf town on the ocean owning some seriously scenic coastline. We went for a golden hour frolic along Smiths Beach, watched a surfer, and dipped our toes in the soft dunes. 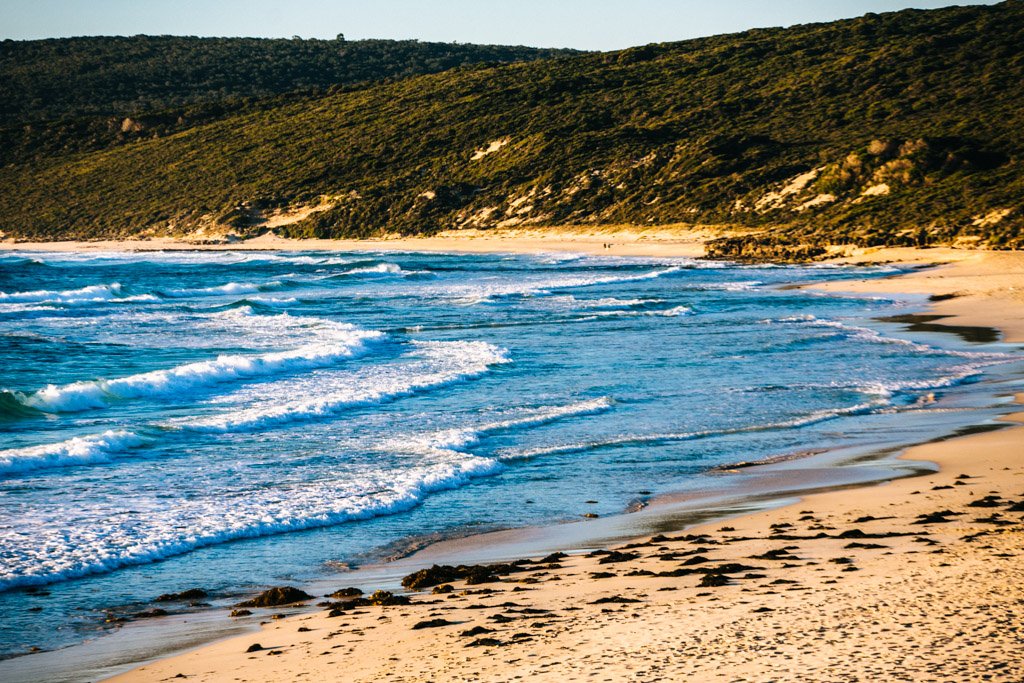 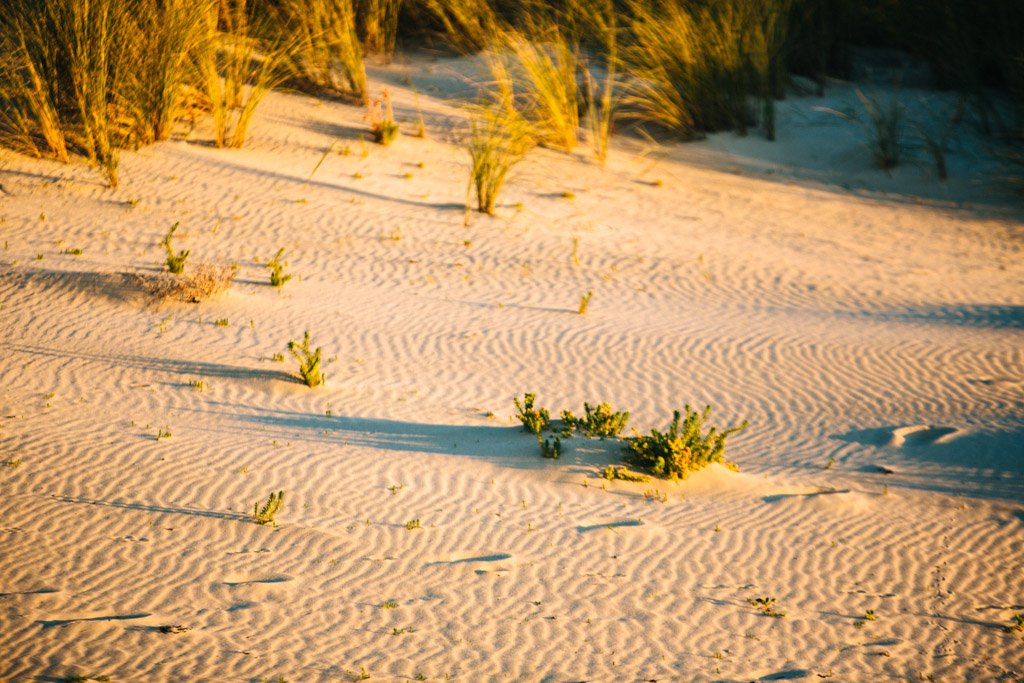 At sunset, we drove down the road to the Canal Rocks. These granite rock outcrops are positioned such that there is a straight waterway running through them – a canal of sorts. With limited sunlight left, we didn’t see much of the rocks or the surrounding rock pools; instead, we saw their silhouette against an electric orange sky. I think I’m ok with it. 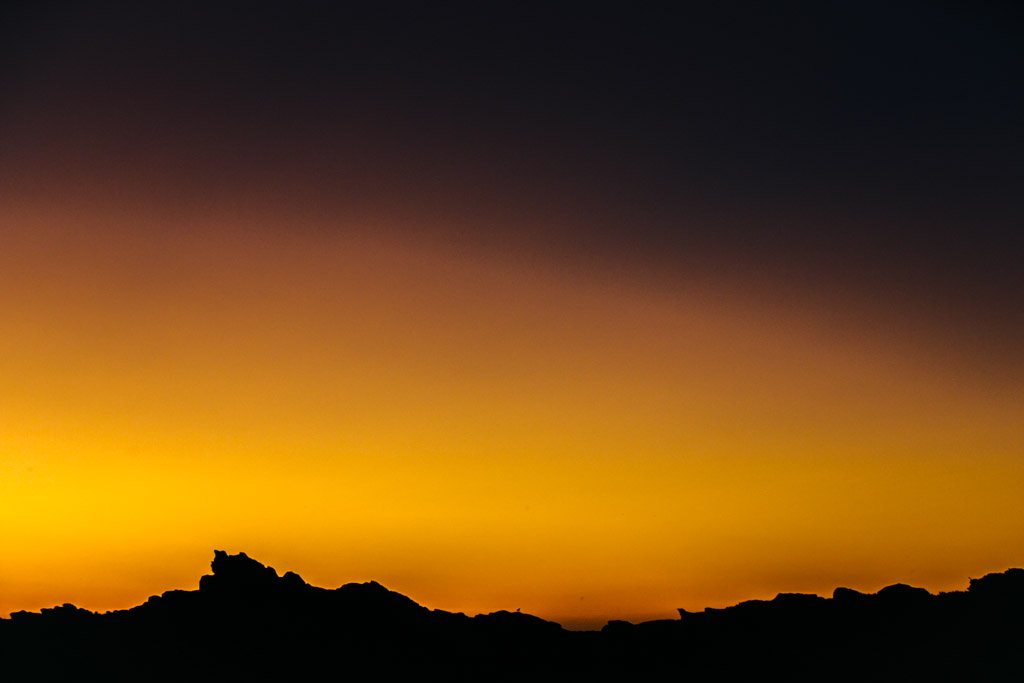 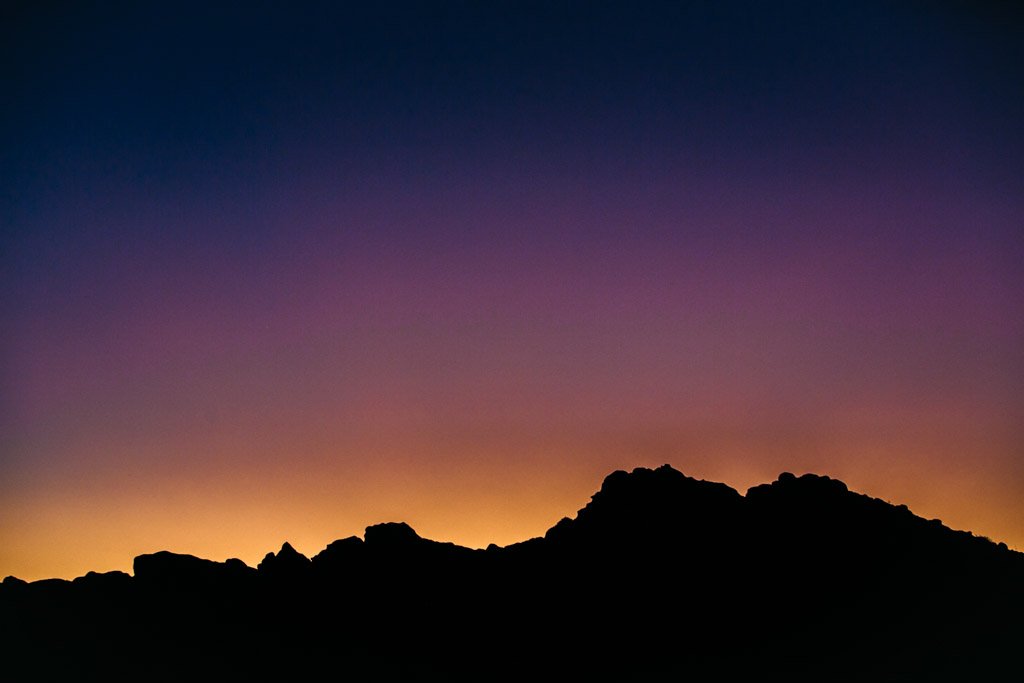 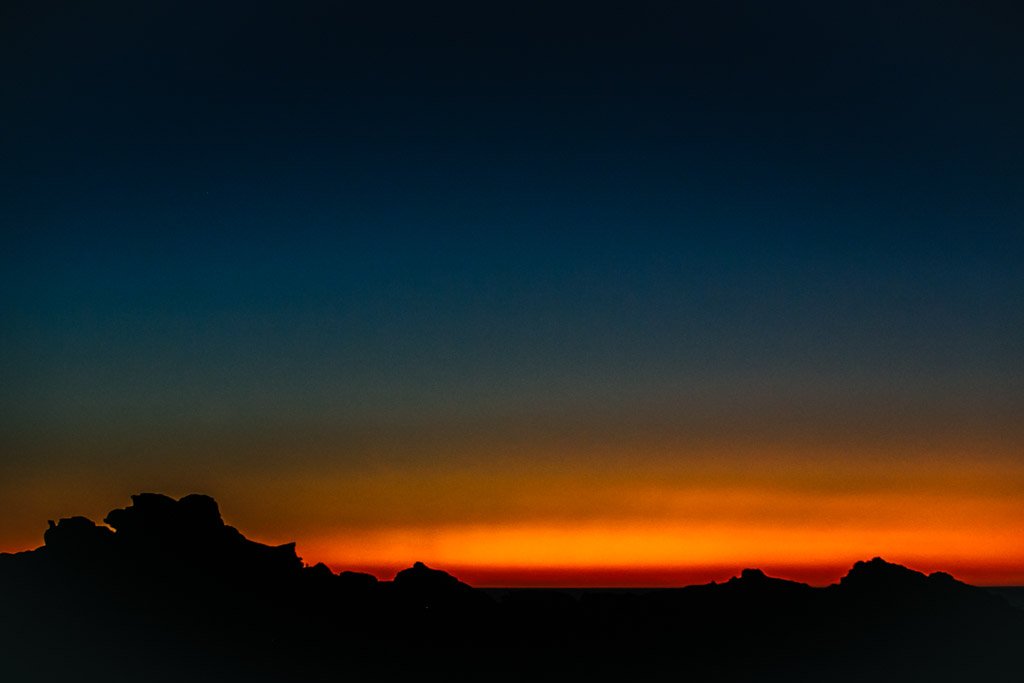 I already divulged the nitty gritty on most of my adventures in Margaret River, but to sum them up: We did a DIY cycling wine tour, died and went to oaked Chardonnay heaven, and got slightly sidetracked by coffee and chocolate tastings along the way.

The wineries in Margaret River are responsible for over 20% of Australia’s premium wine market. Considering the region only produces 3% of the country’s grapes, that’s a massive return on investment and speaks volumes on the quality of wine that comes out of Southwest Australia. Chardonnay was clearly my jam, but Margie also does a fantastic Cabernet Sauvignon and a solid Shiraz if you fancy red wine.

Our Margaret River culinary sampling didn’t end there, though: we cruised down Harmans Mill Road and gorged on cheese from the Margaret River Dairy Company, nibbled on trail mix from Margaret River Nuts and Cereal, and had a generous helping of chocolate liqueur from Providore. Looking back, I really wish we’d skipped these extra tastings and spent the last of our good weather frolicking on beaches. They’d have been fine on their own I think, but after an epic day cycling and wine tasting in Margaret River it felt like a joke. I mean really: why bother stopping to sample trail mix when you could be sipping on the best wine around? Especially when most wine tastings here are FREE! 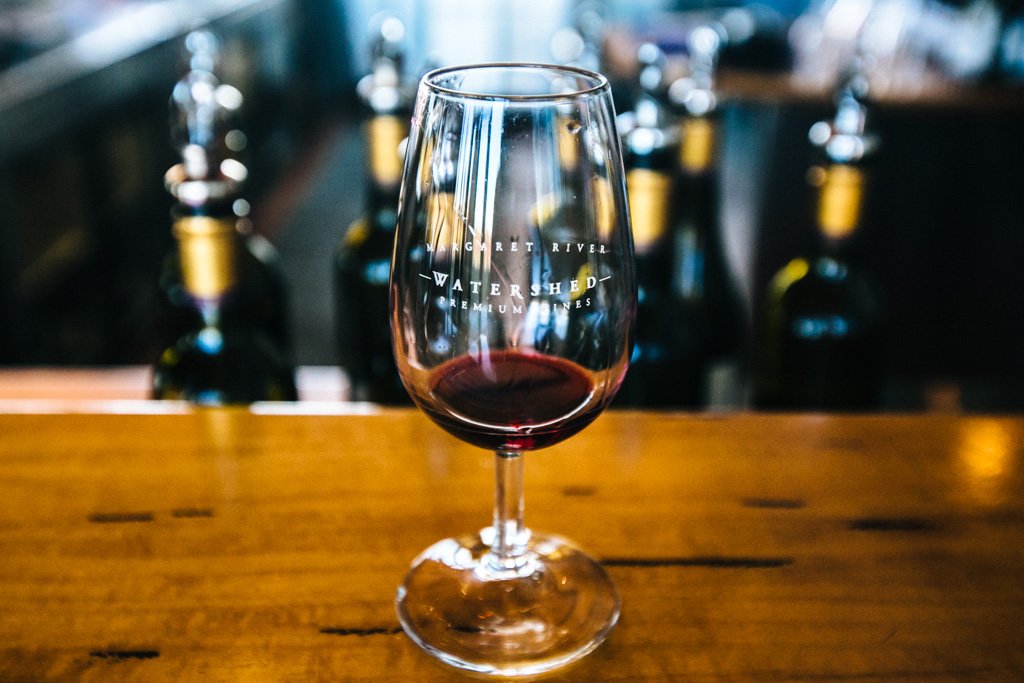 I don’t typically pay much attention to food on this blog, but one note on restaurants in Margaret River: they are expensive, and they are delicious. This is not a town in which to snag a great value meal – you will pay for high quality dishes here. Not knowing this, Anna and I sat down to dinner at Swings Taphouse and Kitchen, each ordered one dish, and spent a bit more than we normally would on a meal out. While the food was great, the portions were so tiny that we left feeling like we hadn’t gotten much for our money. To dine out in Margaret River right, you’ve got to go big or go home: make it a splurge and order multiple courses with a glass of local wine. Otherwise, stick to homemade pasta and tuna wraps if you’re a babe on a budget. 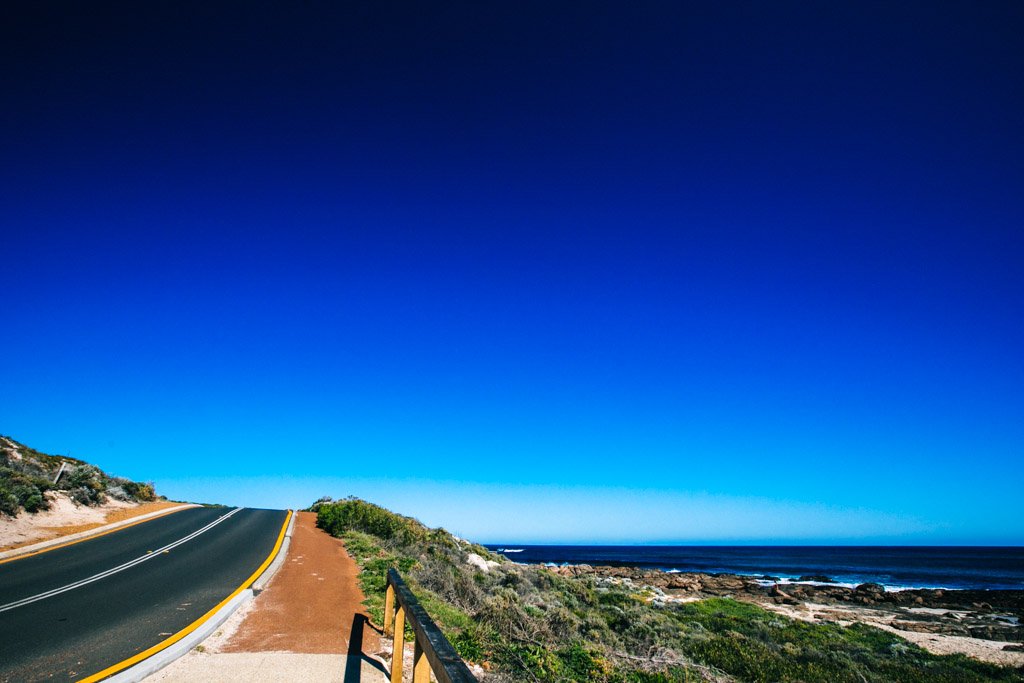 I’m not sure which I loved more: the wine or the beaches in Margaret River. Thankfully there was no need for me to decide, as both are free and prevalent throughout the region. We drove to Prevelly Beach and River Mouth to check out the Margaret River coastline and somehow there were hardly any other people there. I swear, if I lived this close to beaches this stunning, I’d be on them ALL THE TIME (like how I was when I lived in Bondi Beach).

Here I experienced an awestruck feeling similar to what I felt while exploring Tasmania’s beaches: how can water this blue, and sand this white, exist outside of the tropics?! I still don’t fully get it, but my god is Australia a magical place. 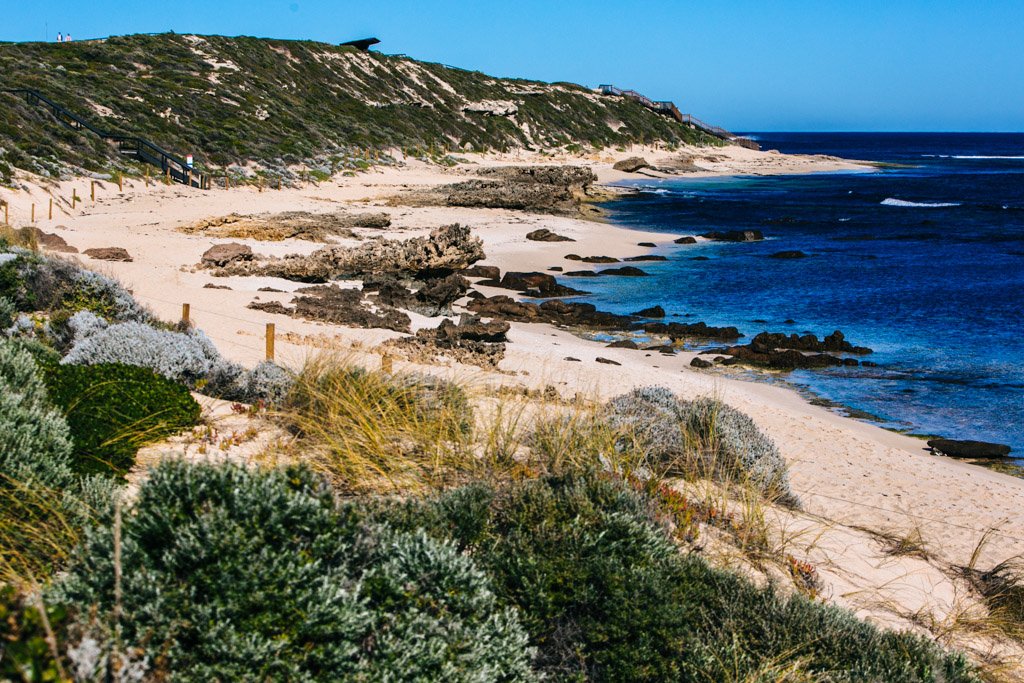 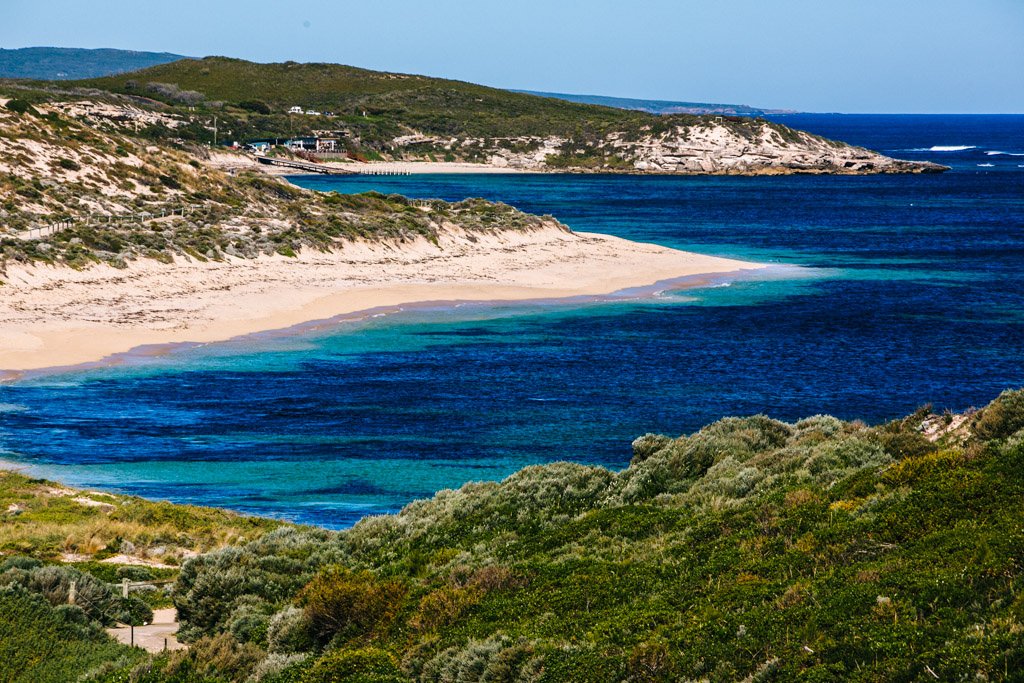 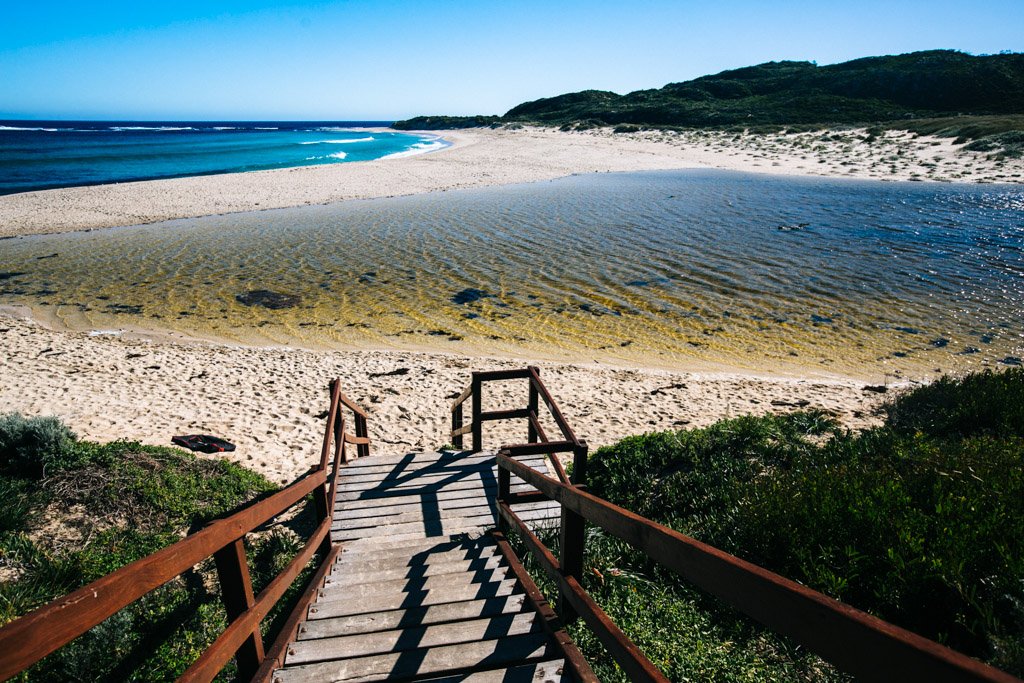 Just south of Margaret River, you can spot sting rays in shallow water at the Hamelin Bay beach. Unless it’s windy and overcast, in which case you aren’t likely to see much at all. We were super bummed to have visited on a drizzly day – no sting rays in clear blue water for us! 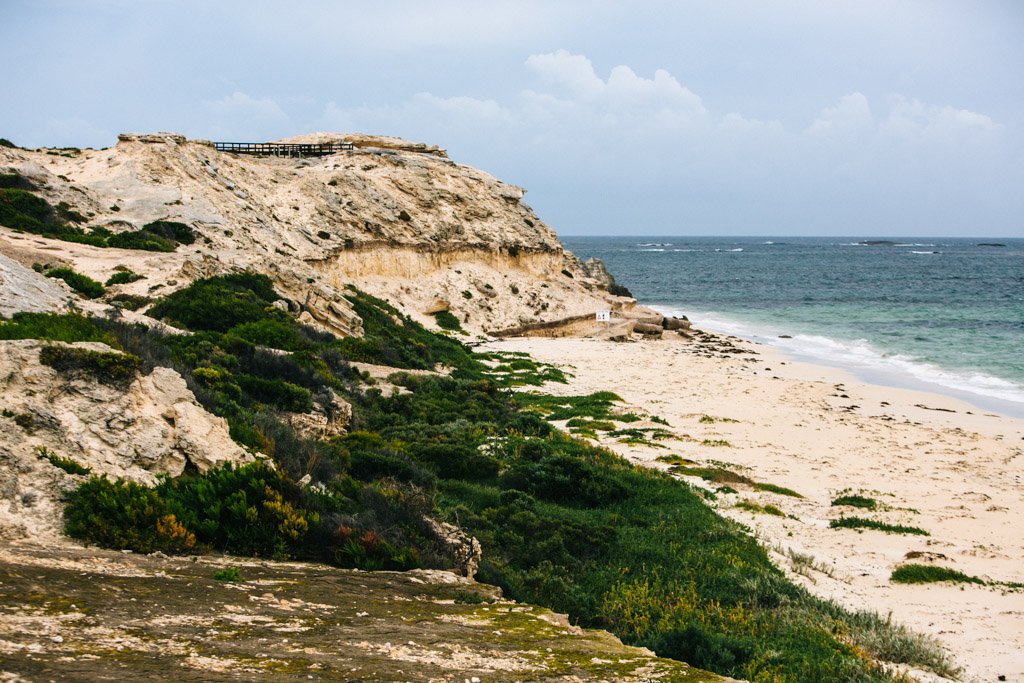 The southwestern-most point of Australia hosts a lighthouse (which you have to pay to get close to), and oodles of whales from June-August each year. Though our visit fell within this timeframe, we didn’t spot any whales on this dreary day. We DID spot a couple of massive sting rays, though, so the detour wasn’t for naught. 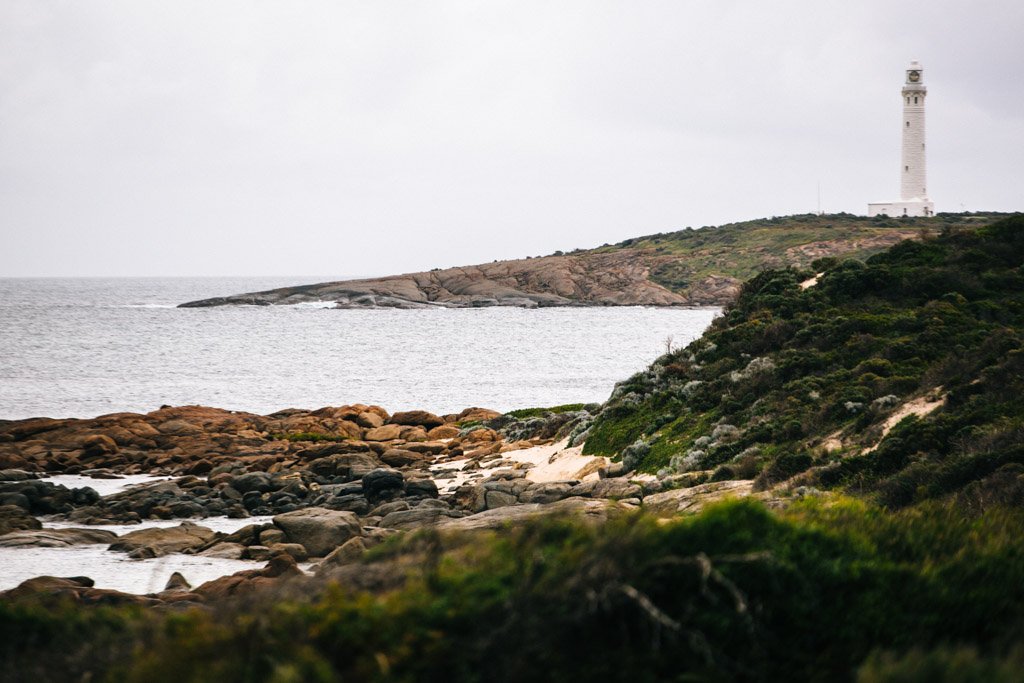 Our streak of crappy weather continued as we hit the southern coast of Southwest Australia. In lieu of checking out Denmark’s glorious beaches, we settled for an afternoon playing with exotic Aussie animals at the Denmark Alpaca Farm. All the ridiculous fun we were having there nearly canceled out our disappointment in the lack of beach weather – nearly.

The second the sun started poking through the clouds, we beelined to William Bay National Park. It still wasn’t quite beach weather, but in my book the beach is never a bad idea. Greens Pool and Elephant Rocks were beautiful all the same. If you’re in Denmark on a sunny day, definitely make a point to hit these two stunning beaches; Greens Pool is meant to be a fabulous swimming spot! 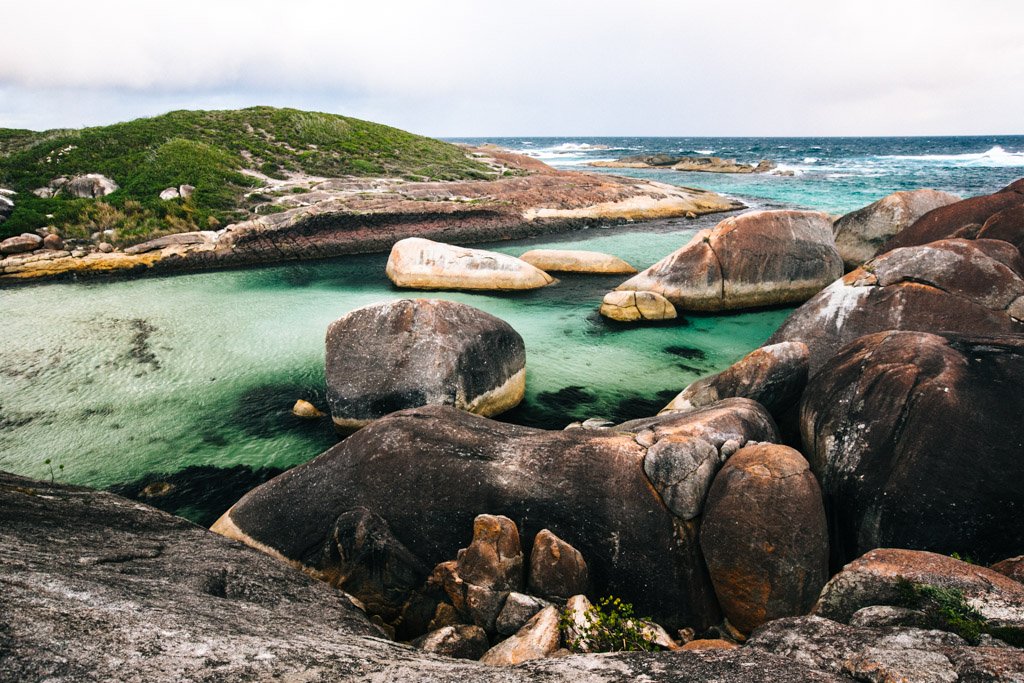 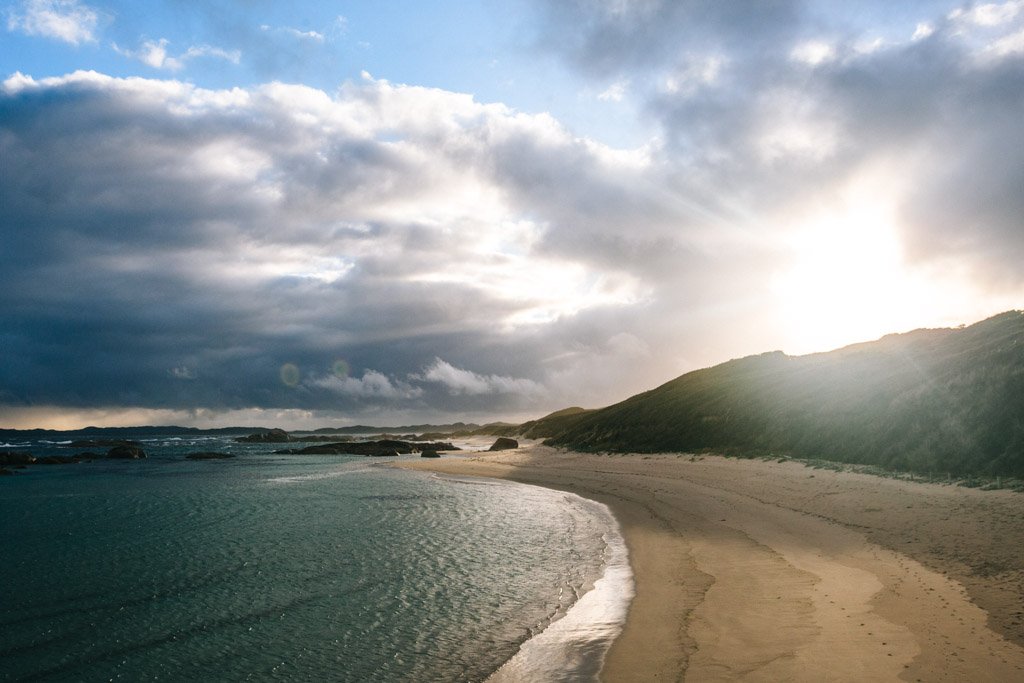 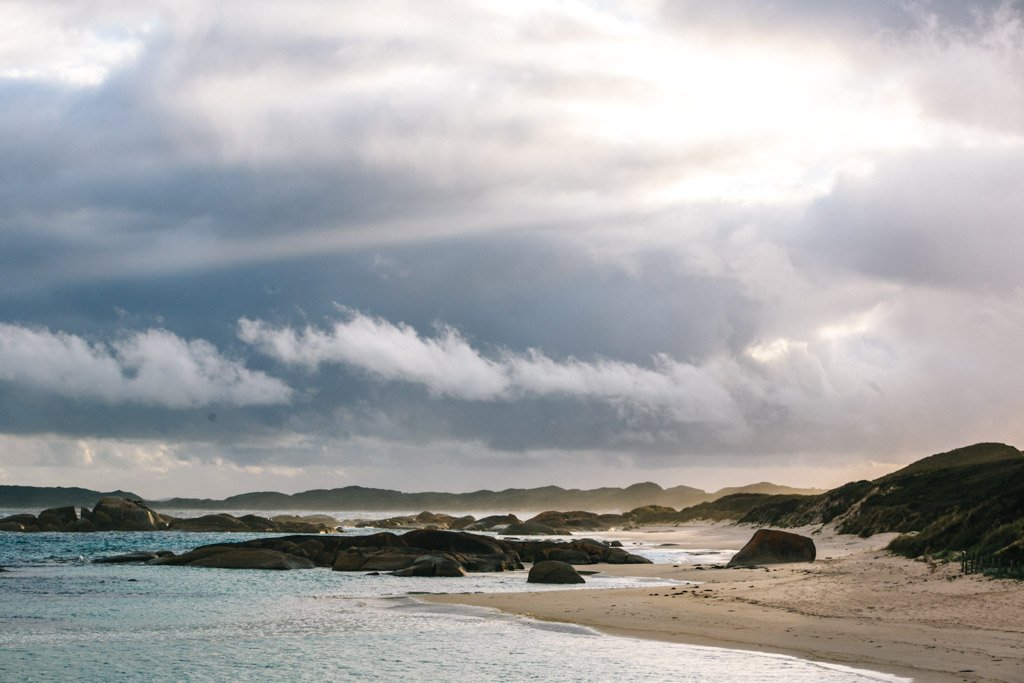 Our designated beach day in Albany was blessed with partial sun and clouds: good enough to make the hour drive east of town to Two Peoples Bay. One of the helpful staff at our hostel told us the beaches there would be stunning no matter the weather, which lifted our slightly-deflated spirits.

By some miracle, the clouds parted for a few minutes upon our arrival at Little Beach and lit up the blue water and WE WERE THE HAPPIEST! I still can’t believe our lucky timing here. Had we arrived a few minutes later, we wouldn’t have witnessed how beautiful this Albany beach can be. 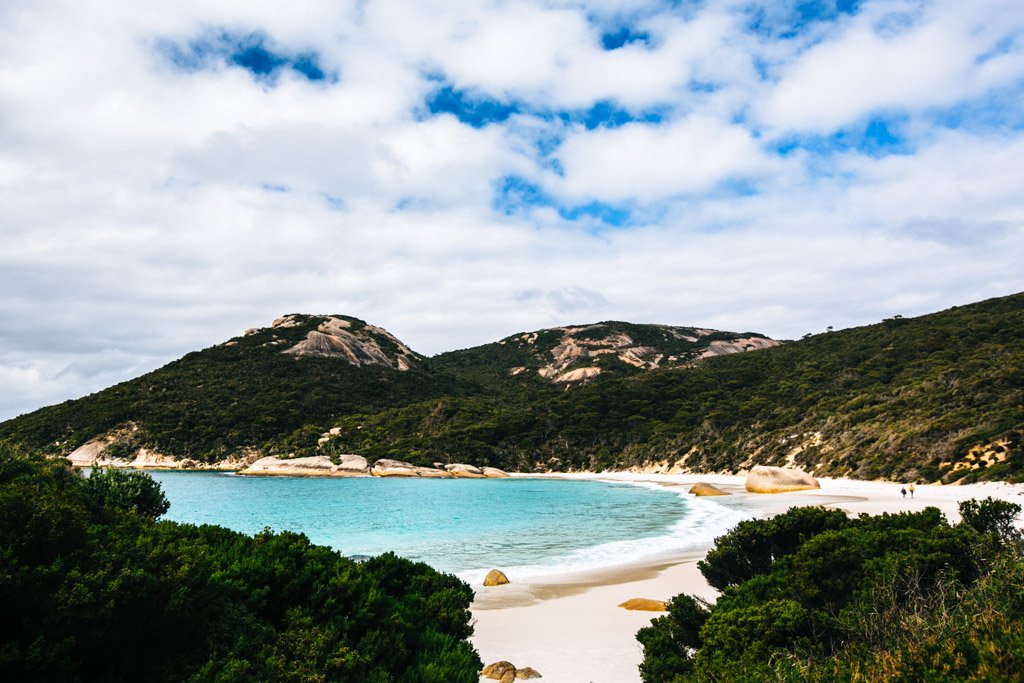 By the time we’d traversed Little Beach and climbed up the headland to Waterfall Beach, the sun had gone back into hiding. Sure, it’s still pretty, but I think there’s a very clear difference between how a beach looks in the sun vs how it looks in the clouds. I prefer my beach water to be blue over green, thankyouverymuch! 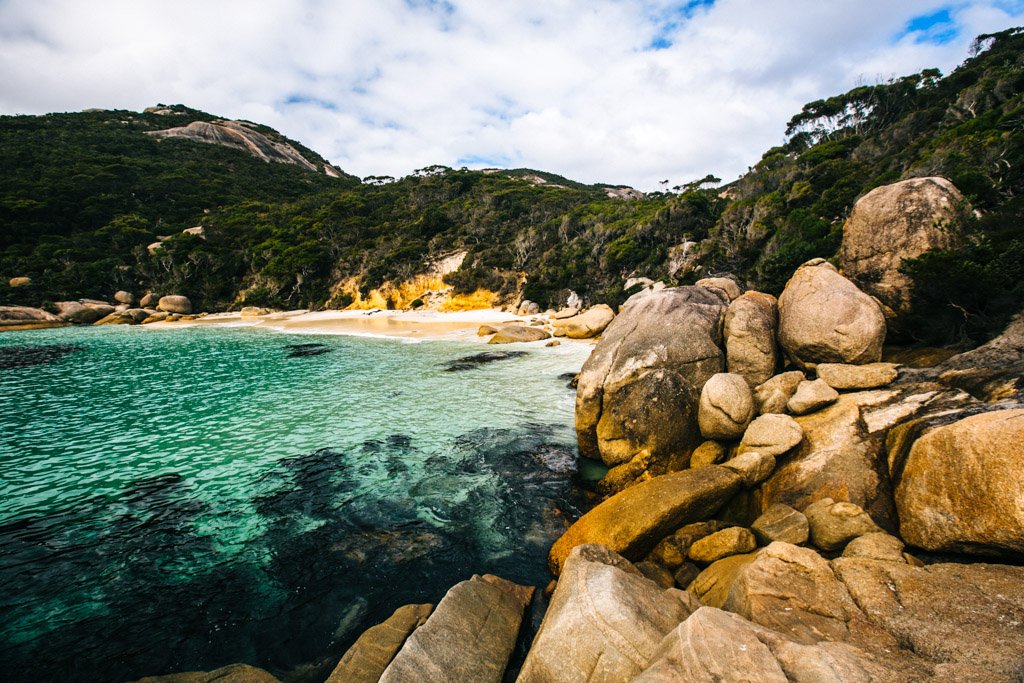 If you have a week or less, I’d recommend sticking to either Margaret River OR Denmark/Albany – you really need at least 2 weeks to do this whole region justice. Remember to factor in the travel time between towns (e.g. Margaret River to Albany takes nearly 5 hours!).