By on Austria Europe Flashback Friday

There’s just ONE country I’ve visited that I’ve been holding off on posting about. Austria holds the honor of being the first foreign country I ever traveled to, on The Trip That Started It All (all of this, that is).

I don’t know how this is possible, but I haven’t been able to find any of my photos from this trip. They seem not to exist in digital form. There may or may not be a photo album, though I’ve been unsuccessful in uncovering it in both my apartment and my parents’ house.

But then, by some Christmas miracle, I recently discovered a handful of 4×6 prints I’d made from my trip to Austria, stashed away in an old photo box in my closet. They are all pretty awful, mostly due to my lack of photographic talent, but certainly not helped by the craptastic APS-C film camera I was rocking.

So, bear that in mind when you see the image below: an instagrammed iPhone shot of an old 4×6 print taken with a bad camera nearly 10 years ago. It aint pretty, but alas – proof that I was in Salzburg, Austria! 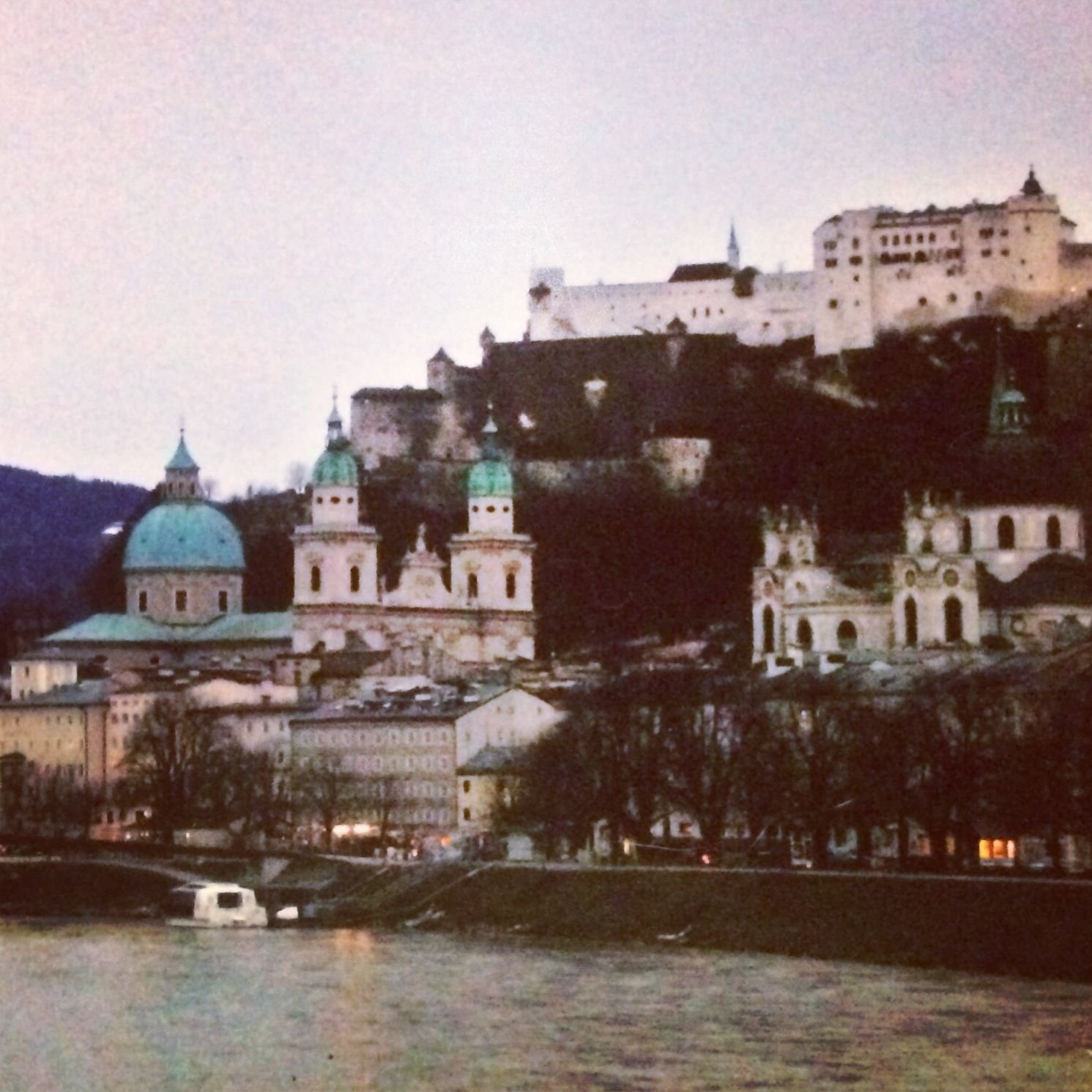 The story behind this trip might be even more amusing than the story behind this image. Shortly after beginning my freshman year at Cornell University, I saw ads for a spring break trip to the Alps through the school’s Skiing & Snowboarding Club. I’d never been abroad before, nor did I ski or snowboard, but this was the first time such an opportunity was so accessible to me. I wouldn’t have to worry much about safety or the logistics since this was a group trip, and the price seemed good to me – so I recruited my good friend Jill (who, like me, neither skiied/snowboarded – nor did she even go to Cornell) and we were off to Europe!

While the rest of the group hit the slopes, we explored Innsbruck (where we were based in Austria) and took day trips to Salzburg, St. Moritz (Switzerland), and Venice (Italy). We were such badasses that we ditched our day trip tour around Salzburg and booked our own instead – the Sound of Music tour. YUP I said it. Sound of Music is one of my favorite movies of all time, and you’d be surprised at how many people in my life feel similarly (Jill included). Prancing around on the steps where they sang ‘Do-Re-Mi’, seeing the gazebo where they danced in the rain, and standing on the edge of the lake by the family’s house pretty much made my life.

Sadly I did not uncover any 4×6 prints from the Sound of Music tour, but I liked this one that I took of the Salzburg waterfront at dusk, after we’d returned.

Needless to say, both my travel skills and photo-taking skills have drastically improved in the past 10 years. Nothing but independent travels and high quality photos these days, ya heard?

Tags: AustriaEuropeSalzburg
Previous Article2013 in Review: Monthly Highlights
Next Article How to Enjoy Greenwich, London Without Spending A Pound