As terrible as it’s been being hit by snowstorms and polar vortexes (vortices?) this winter in NYC, I remind myself that a mere 7 years ago I was trudging uphill through snow just to get to class every day at Cornell University – things could be way worse. 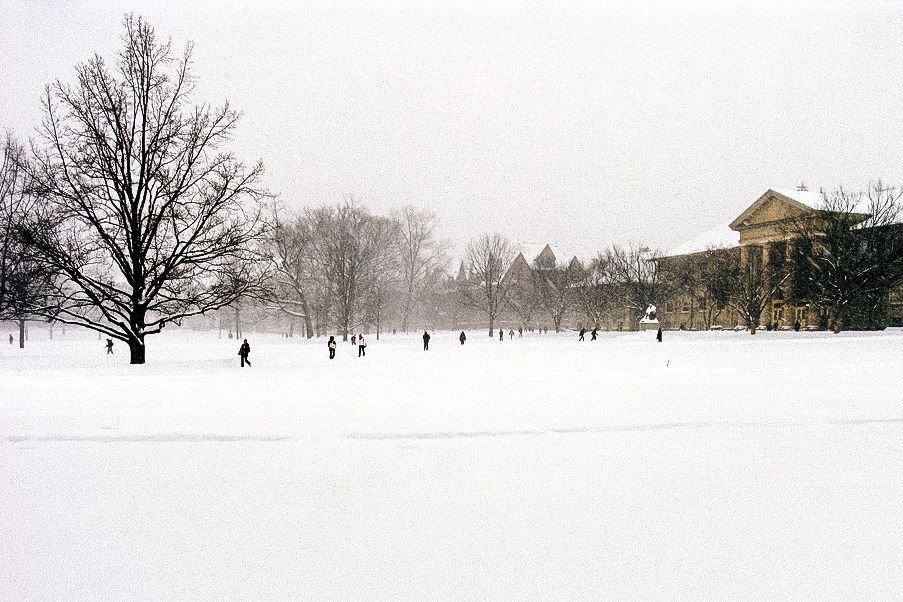 We had one particularly bad snow storm around Valentine’s Day in 2007 that caused the whole school to be shut down (which, mind you, has only happened a couple of times in Cornell’s history). Instead of sitting in Italian class, I got to watch people ski and snowboard down the street. It’s not every day you see that!

While Ithaca is notorious for its heinous winters, I will admit that it’s especially gorge(ou)s and serene when covered in a blanket of snow.