By on California Flashback Friday USA

Fresh off the plane in Vegas, we rented a car and drove straight to California. It was the start of our week-long whirlwind roadtrip through California, Utah, and Arizona in 2010. (Pro tip: Don’t try to cram 3 big states into one week of roadtripping if you actually want to stop and do things. Lesson learned!) 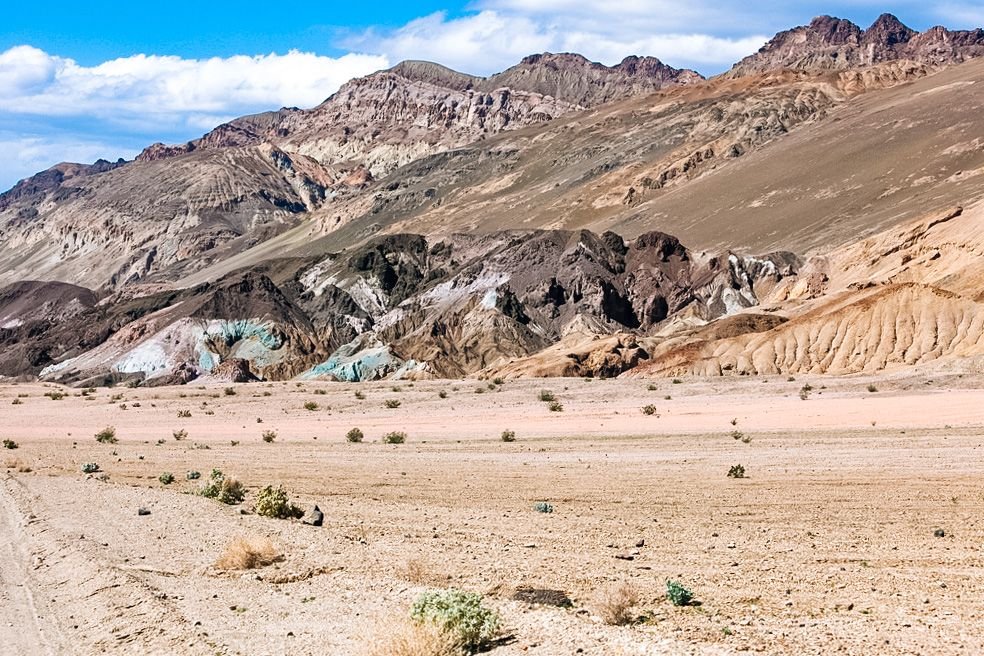 With such an alluring name, Death Valley was first on our hit list of scenic national parks to visit. Being late March, the infamous extreme weather that tends to plague the park during winter and summer was a non-issue. Instead, we had gusty winds to contend with – but with the warm sun, it was more than tolerable.

We drove around the outskirts of the park, to Badwater Basin (aka the lowest point in North America) and along the ever-colorful Artist’s Drive, then got a ticket for speeding through the California desert at 100mph. OBVIOUSLY I wasn’t the one driving – c’mon, I drive like an old lady now!