By on Flashback Friday Flying North America Southwest US USA

I’ve been to Arizona a handful of times over the past few years. What can I say, the red rocks and dry heat really do it for me. That, and sometimes a girl’s just gotta HIKE.

Two years ago, I finally got to hike the Grand Canyon. We only went about halfway down though, which means someday I’ll have to come back for Round 2 (Phantom Ranch, anyone?).

On that same visit, we were fortunate enough to take a free Grand Canyon flight, piloted by a friend of a friend. One of my favorite things to do while traveling is enjoy a view from above, so I was ridiculously excited for this flight. It was the 3 of us and a group of Japanese tourists on this tiny plane. I wasn’t at all surprised when they started playfully shrieking with every bump or dip the plane took, as if on a rollercoaster.

Then, as if on cue, the shrieks stopped and the barf bags came out. The silence coincided with my own dizziness as I realized my sporadic motion sickness had decided to pay a visit. I spent most of the flight with my head back and my eyes closed, waiting to be back on stable ground. Every once in awhile I forced myself to peek out the window and take crooked photos of the Grand Canyon as we flew over it. Think this place is beautiful? Well, the Grand Canyon is STUNNING from above. Though I only had a few fleeting glances of it, the images are still etched in my memory. 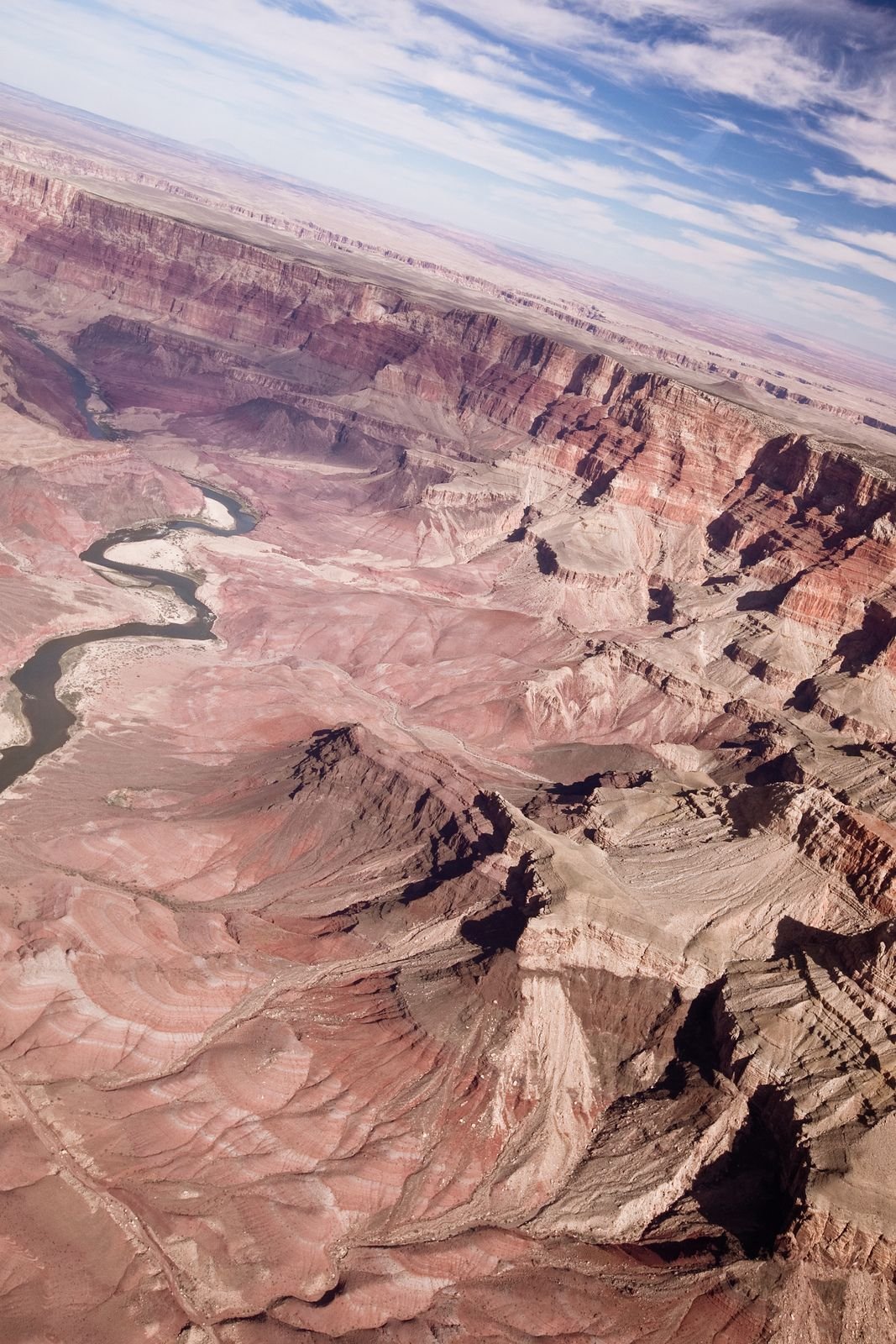 Oh and for the record, I didn’t actually get sick! Once we landed, I started feeling much better. The Japanese tourists, however – well, let’s just say the women’s bathroom was not a happy place afterwards. The pilot said, after the fact, that he’d never experienced so much turbulence while operating that flight – go figure!