Helloooooo friends! This recap’s comin’ atcha a wee bit late because I’ve been on the road (more on that later!).

September started off super busy with a trip up to Cairns and the conclusion of my NLP course. After that, it rained for a few weeks straight in Sydney. Like, it literally rained every single day to the point where you wonder, how is there even any rain left in the clouds?! On the plus side, I found myself more productive than usual for lack of anything better to do, sooooo there’s that. 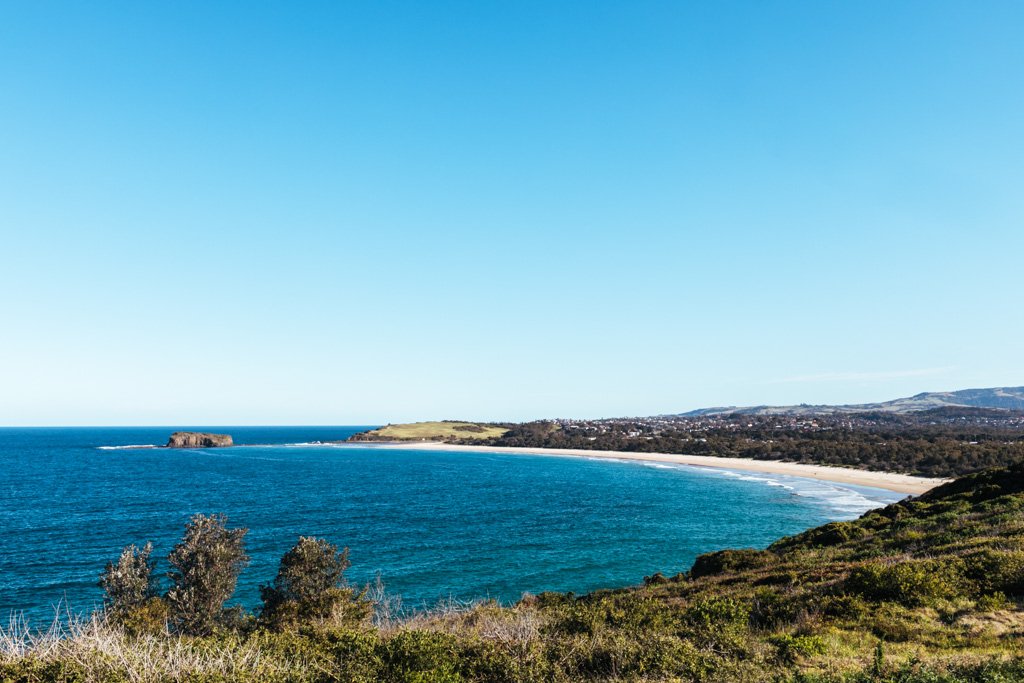 October happened to be the month I inadvertently went vegetarian. There was a day in late September where I consumed some churros and a cheeseburger (I know, gross Lindsay) and was up for half of the night with terrible heartburn… and then a few weeks later it dawned on me that I hadn’t felt the burn since then (very unusual for me, as I’m fairly certain I have acid reflux and typically experience heartburn every few days or so). When I racked my brain, I couldn’t think of an instance where I’d consumed meat since that day. And then I recalled how I hadn’t experienced heartburn at ALL during my 5 month Asia trip back in 2014 – a time where I ate very little meat.

So wait, does this mean I can’t eat meat anymore? Welp, I broke the meat fast after about a month and sure enough, I felt a mild burn, so I’m going to restart the vegetarian streak and test the theory out again. Maybe my digestive system just can’t handle meat that well? Anyone else experience heartburn after eating meat? 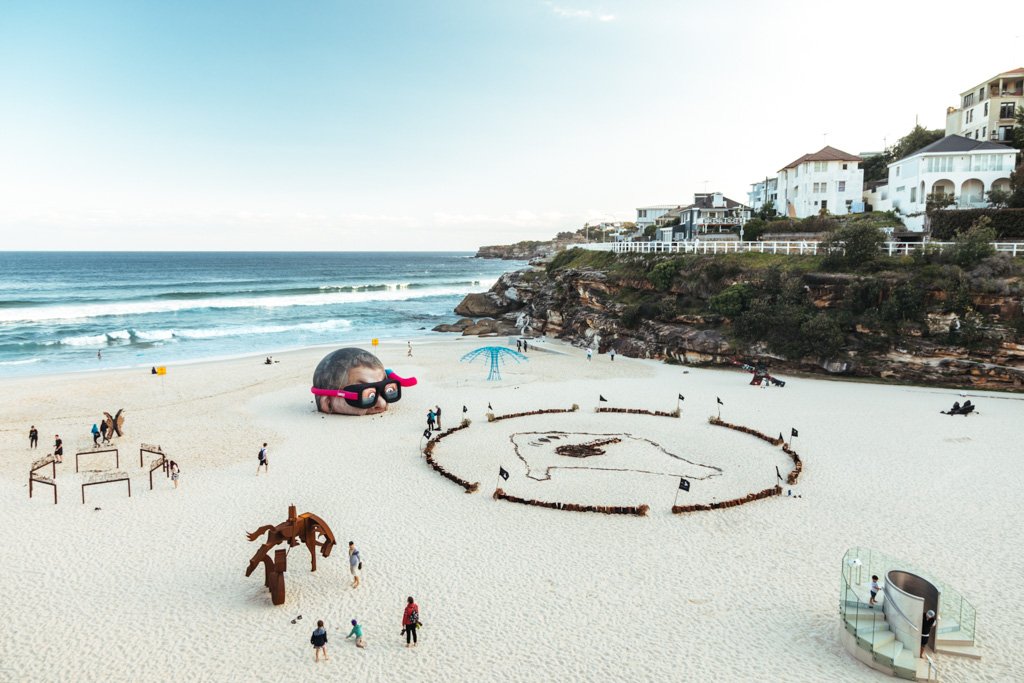 Annual Sculpture by the Sea in Bondi.

In August/September I took an 8-day NLP course. NLP stands for neuro-linguistic programming and it’s both a personal development course and a sort of intro to life coaching (i.e. if you want to continue on and train to become a coach, there are other courses you can sign up for after you complete this one).

As for me, I’m not sure if I see myself becoming a life coach, but for some reason I felt very drawn to this particular course – as if it was what I needed in order to figure out my next step in life, or perhaps to become the person I need to be in order to take that next step. Verdict’s still out on that.

No matter what happens next, I am SO glad I invested in myself and took this course. I learned a ton about myself and it was so confronting at times that I got a little teary-eyed. My biggest takeaway was that most of my major frustrations in life are due to having expectations that are not met, and I really need to let go and just accept whatever unfolds in reality. 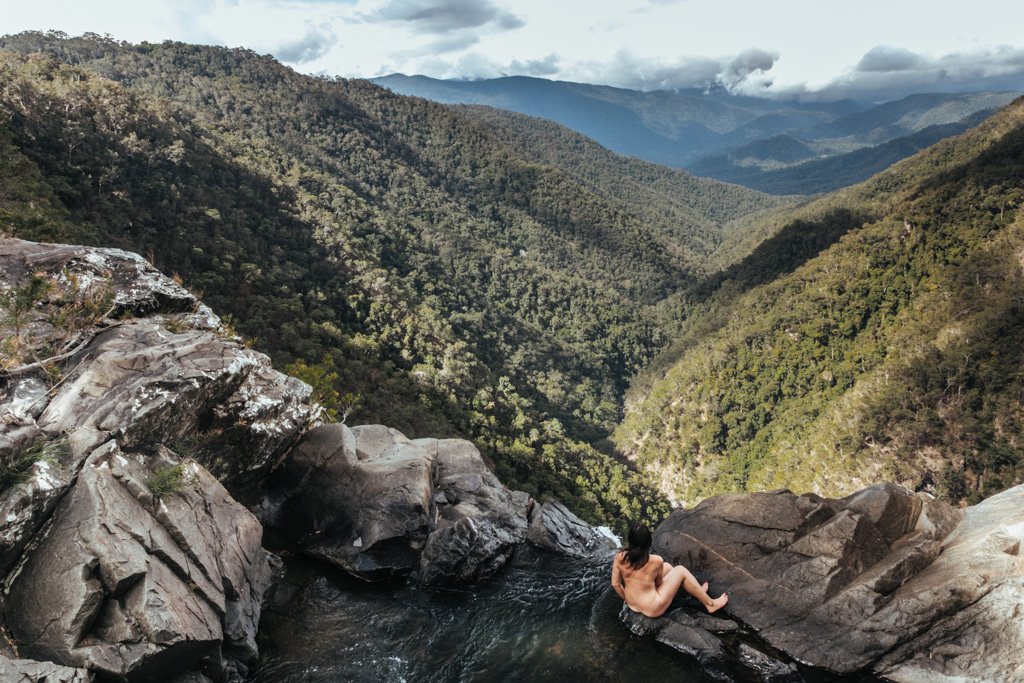 In a last ditch effort to escape the cold winter weather in Sydney, I booked a flight to Cairns – the last major destination to check off my Aussie to-do list. Turns out I saved one of the best for last because WOW, does Far North Queensland pack a punch. In addition to being gloriously warm during winter, it’s got everything a sun chasing adventurer could ask for: waterfalls, mountains, rainforest, reef, beaches, and a wise assortment of dangerous creatures to watch out for (um, stinging trees? Who knew this was a thing?!).

I rented a campervan and took myself on a 5 day road trip around Cairns and had THE BEST time (as I usually do when I road trip). I really feel like I got a healthy sampling of what the region has to offer, but also feel like I could go back to do another road trip there and explore all new spots – that’s how much there is to see and do up there.

As to be suspected, I was happiest hanging out on the beaches in FNQ, all of which made me feel like I was on a tropical island. 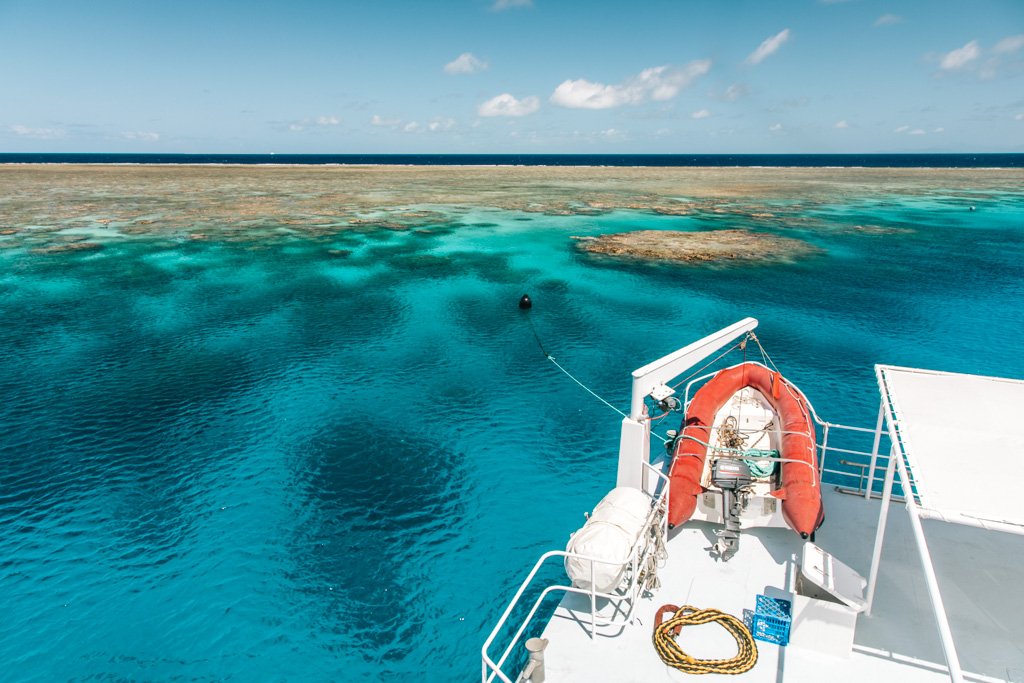 I’m also happy to report that I’ve FINALLY gone diving in the Great Barrier Reef! I did a 3 day liveaboard trip with Divers Den and unfortunately suffered from terrible sea sickness for most of the time. BUT, I did manage to come out of the trip with 5 completed dives and a tan, so it was at least a partial success. 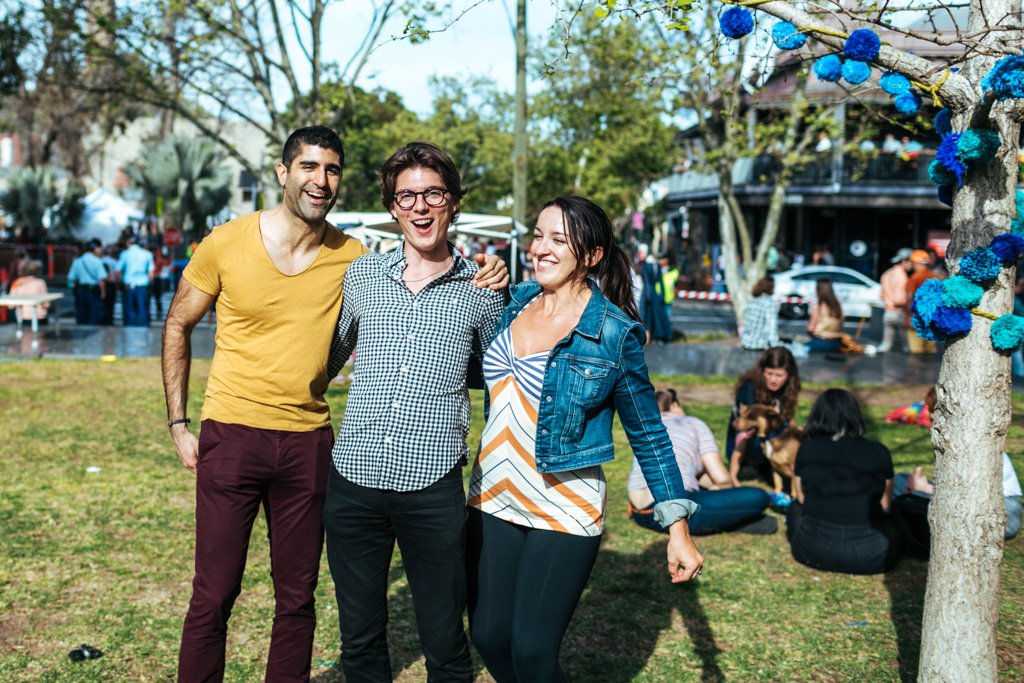 In September I crammed in a bunch of hangs with my Moist Gang (a funny name for the little friend group consisting of me, Climbing Guy, and Jojo) before Jojo moved to Paris. We all fell hard and fast for each other (platonically, that is!) earlier this year – I’ve never had a friend group with so much chemistry and LOLs.

I’m obviously super bummed that one of us has moved away, but we’re already planning a reunion for next year. Plus, we all got matching friendship bracelets, so that means we’re BFFs right? 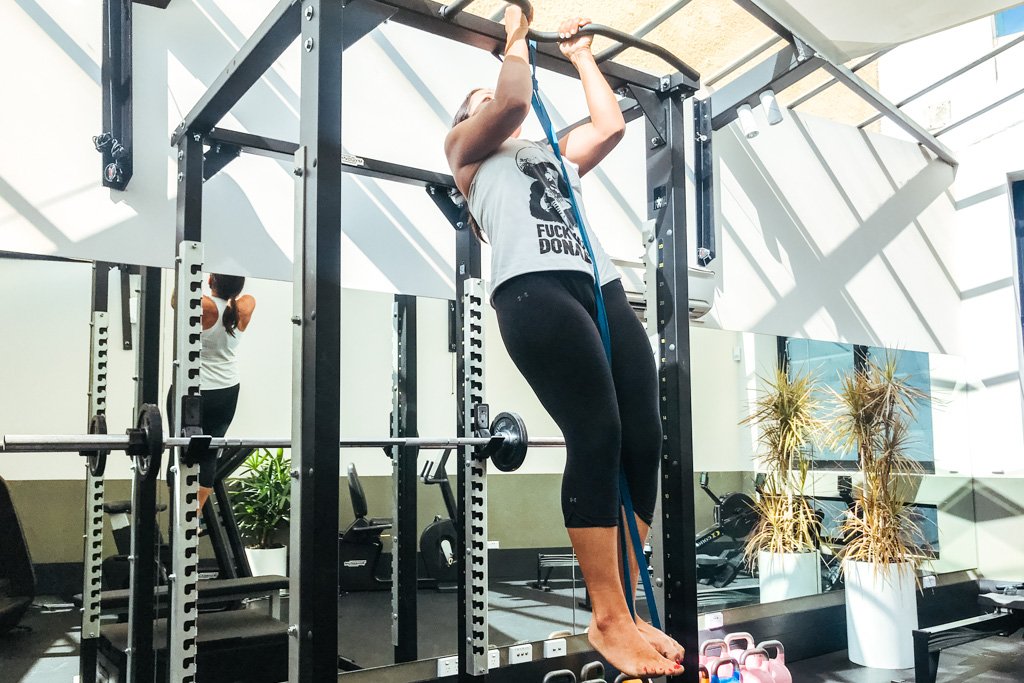 Working toward my goal of completing ONE real pull-up!

I’m not into weighing myself or setting fitness goals, but I have to say it felt rather gratifying to find out that I had dropped 1.5% in body fat after 8 months of training at The Well. I’m now at 21% body fat, which apparently is very good for a female (20% is considered “athlete level”). My training consists mostly of pilates reformer classes which I’m still obsessed with (I typically go 3x/week), plus 1-2 gym workouts which mostly focus on upper body strength.

Body fat % is a much better indicator of fitness than BMI because it takes into account lean body mass. I’ve always been considered borderline obese on the BMI scale (seriously, WTF), but it’s just because BMI doesn’t know I have lots of muscle, a larger frame, and ample curves! So if any of you ladies feel my pain, definitely try to find out your body fat % instead – that’ll be way more telling. 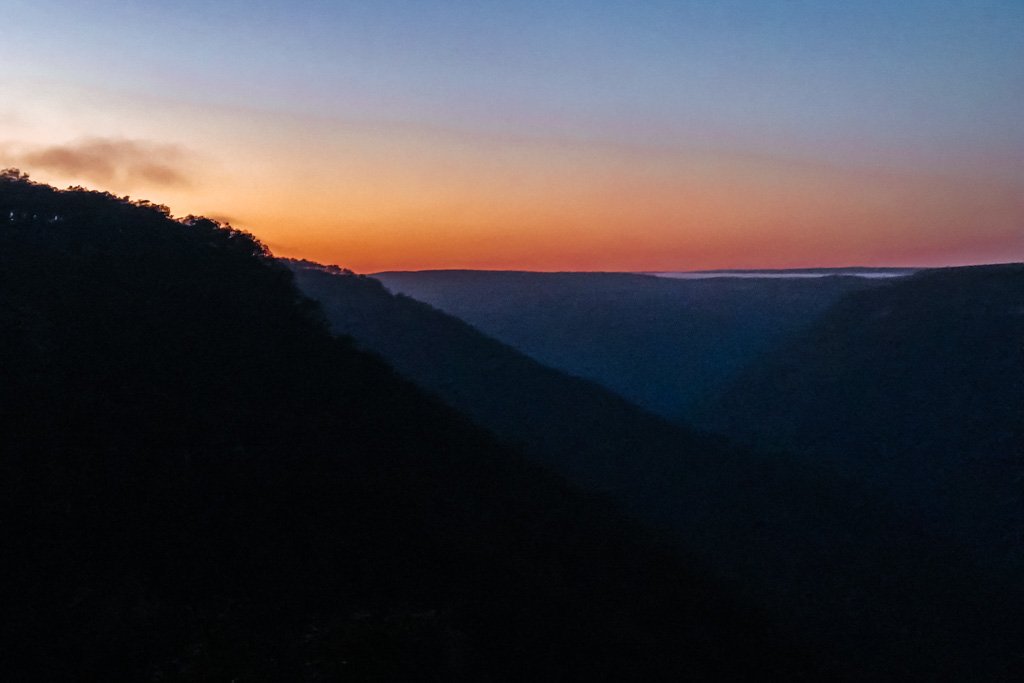 I had planned to do this hike back in June, but ended up giving it a miss due to torrential rain the weekend we were down that way. I went back with a different group of friends a few months later and am happy to report that I finally got it done!

We camped at a free campsite close to Bungonia with sensational views over Morton National Park, then set out to hike the slot canyon the next morning. I’d rate it an excellent full body workout: first you hike down into the canyon on slippery terrain where you’re constantly having to balance and try not to go careening downhill; then you’re rock scrambling on massive boulders, which is equal parts physical and mental challenge; lastly, you hike out of the canyon with the hot late afternoon sun on you and a never-ending uphill battle before you. It’s downright exhausting, but oh-so-satisfying once you reach the finish line. 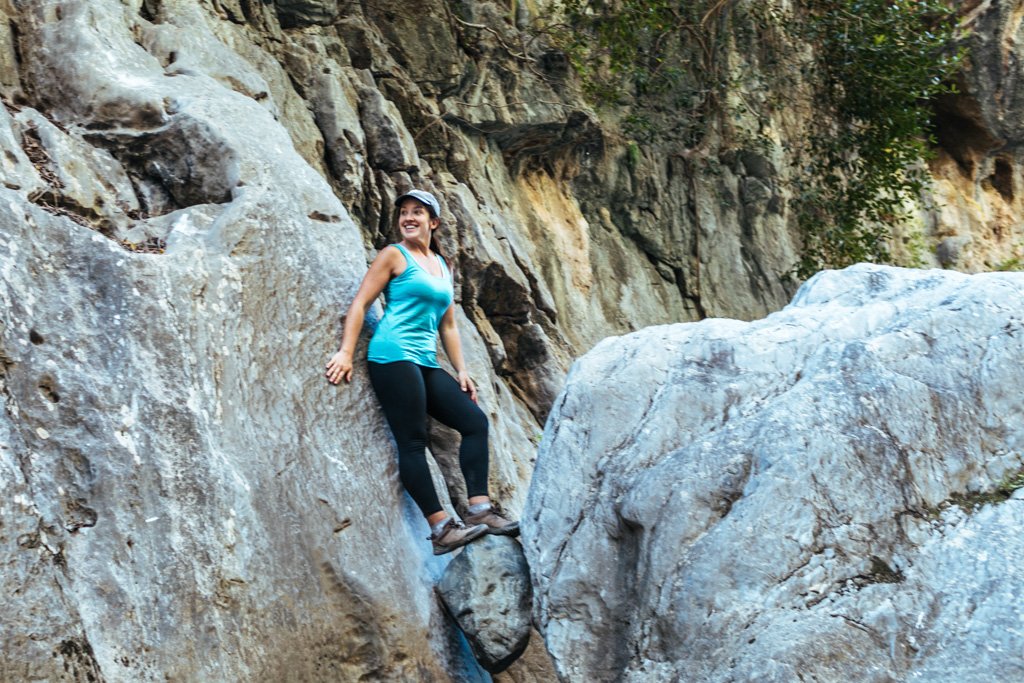 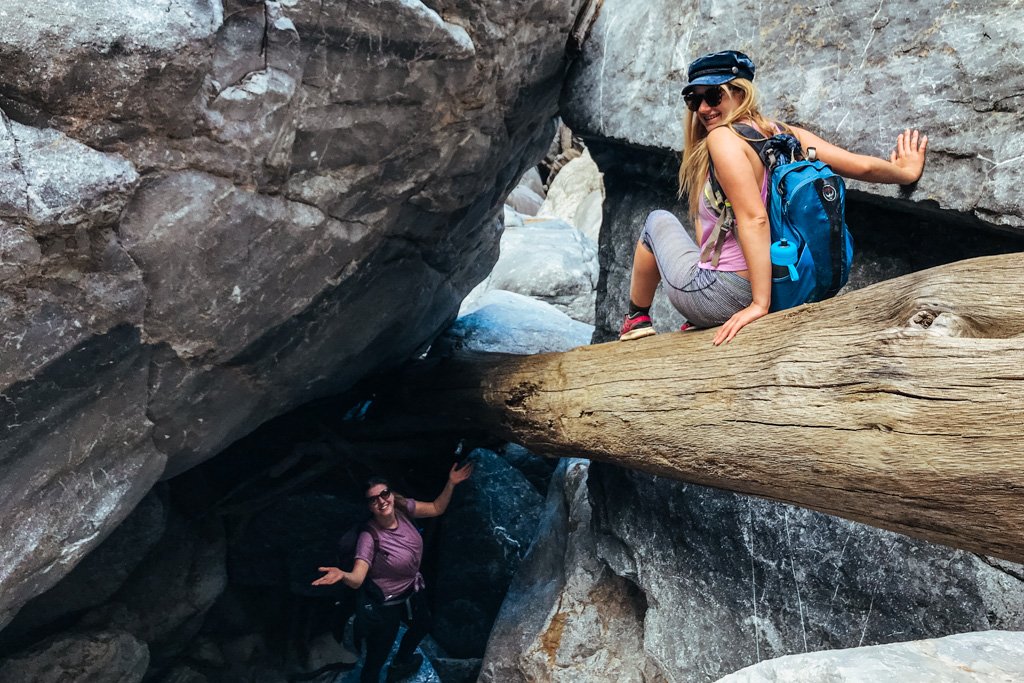 In very exciting news: I finally upgraded my laptop!

The last time I bought a laptop was 9 years ago, so let’s just say it was an extremely overdue purchase. Considering I basically live on my laptop and use it to make the entirety of my income, I feel like it’s a very justified expense.

I am still so amazed at how much the MacBook Pro has progressed since 2009. I mean, the latest model has an emoji keyboard! Ugh, I’m in love <3 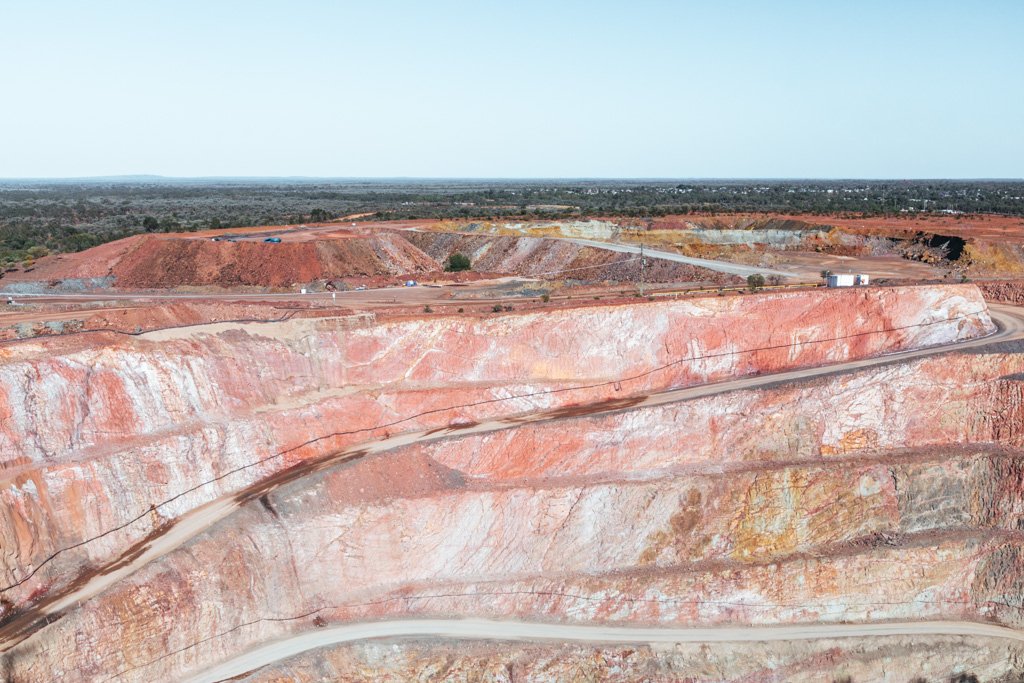 A mine in Cobar, NSW.

And in other very exciting news: at the end of October I set off on a road trip through Outback NSW! I’m actually taking photos and creating content for an SEO client of mine, while ALSO writing about my experiences on this blog. It’s very rare that my two work streams intersect, but I’m loving it.

More on the road trip in future posts! For now, let’s talk about the magical day we had exploring White Cliffs, a tiny town (if you can even call it that) in northwestern New South Wales known for opal mining. It gets so flippin’ hot here that many homes are built underground. They look pretty unassuming from the road, but then you step inside and it’s like being in a magical cave. We toured the Underground Motel and a private home and pretty much had our minds blown.

The icing on the cake? There was a beautiful kitty living in the home we toured and she and I basically fell in love. She jumped on my lap at the end and was all rolling around and purring (sadly, cats almost never do this with me even though it’s ALL I WANT), and then as we were driving away I saw her standing by the window watching us leave. UGH my heart! 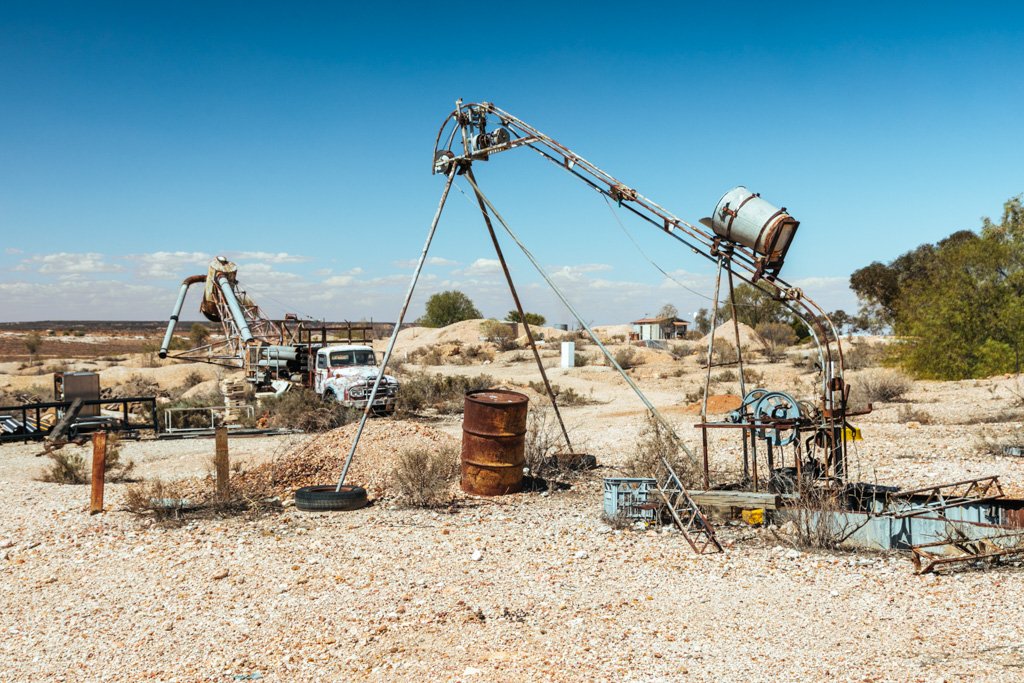 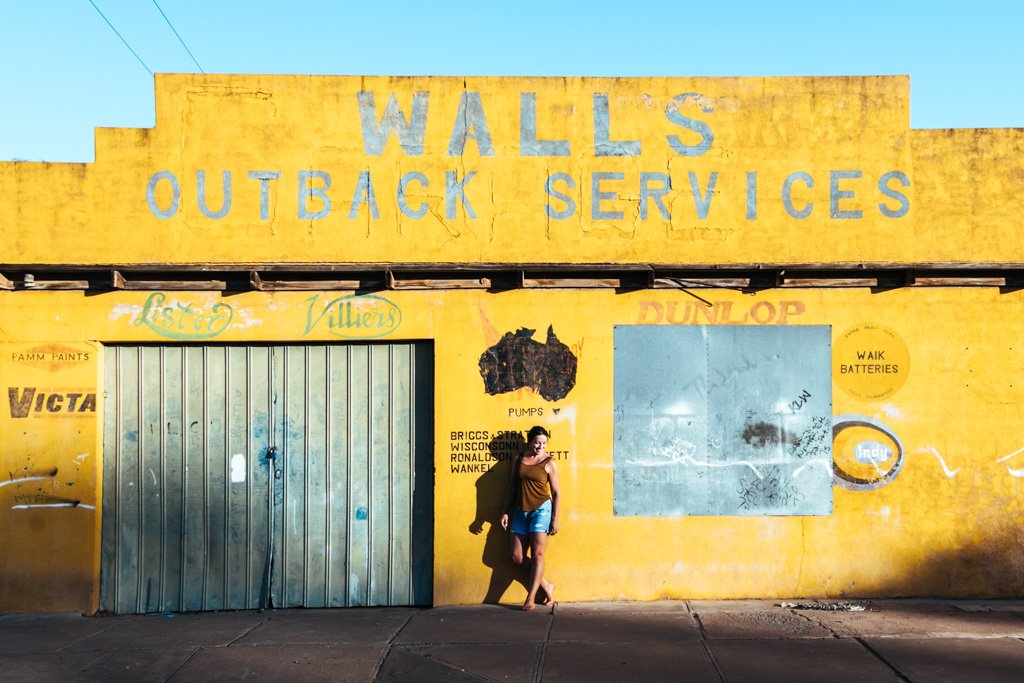 We hadn’t planned on hiking to the top of Nevada Fall, much less going for a swim up there, but when we saw this amazingly clear water we couldn’t resist! 😍 I’m a major wuss when it comes to swimming in cold water and therefore didn’t bring my swimsuit, so I rolled up my shorts and waded in a bit. And actually in the end I went all the way in, out of desperation to get rid of all the sweat and dirt covering my body 😷😅 (📷: @jimbobuckwild)

What’s better than a waterfall? A waterfall… in a mountain… with a rainbow 🌈⛰

The most colorful of coasts ✨

Here are the posts I wrote in September & October:

The Best of Berkeley, CA

Taxes For Expats: US Expat Taxes Made Easy

7 Things To Do In Sydney In Summer 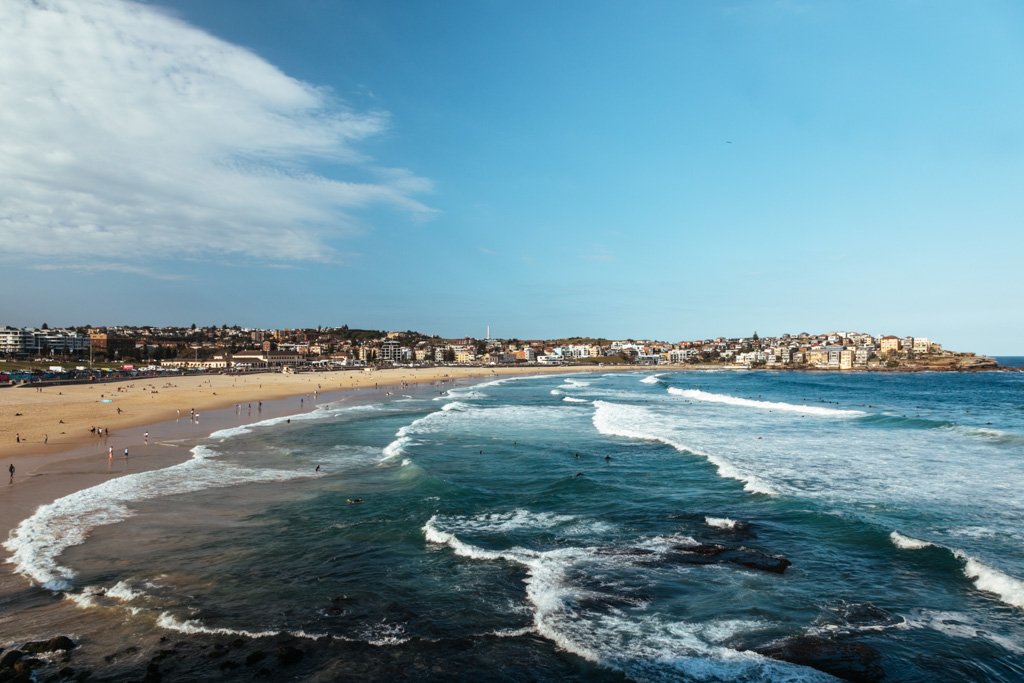 Powerful and Feminine – Rachael Jayne Groover
Despite the slightly-cheesy title, I found this book helpful and at times quite enlightening. Remember how my psychic told me I had to tone down my masculine energy and embrace my feminine? I’m starting to understand this concept more with every self-help book and coaching webinar I devour. So far this is one of the better sources I’ve found for understanding the masculine-feminine dichotomy.

Born For This – Chris Guillebeau
I’ve read more than my share of resources related to the ever-burning question of *What should I do with my life?*, and I have to say that this book is one of the better ones. Do I finally know what my calling is? Nope. But I’m working through some of the questions and exercises posed in the book and I think it’s slowly helping to stir up some ideas. I also love how he defends those who do several different things for work and insists that some of us aren’t meant to do just one thing, which deeply resonates with me. 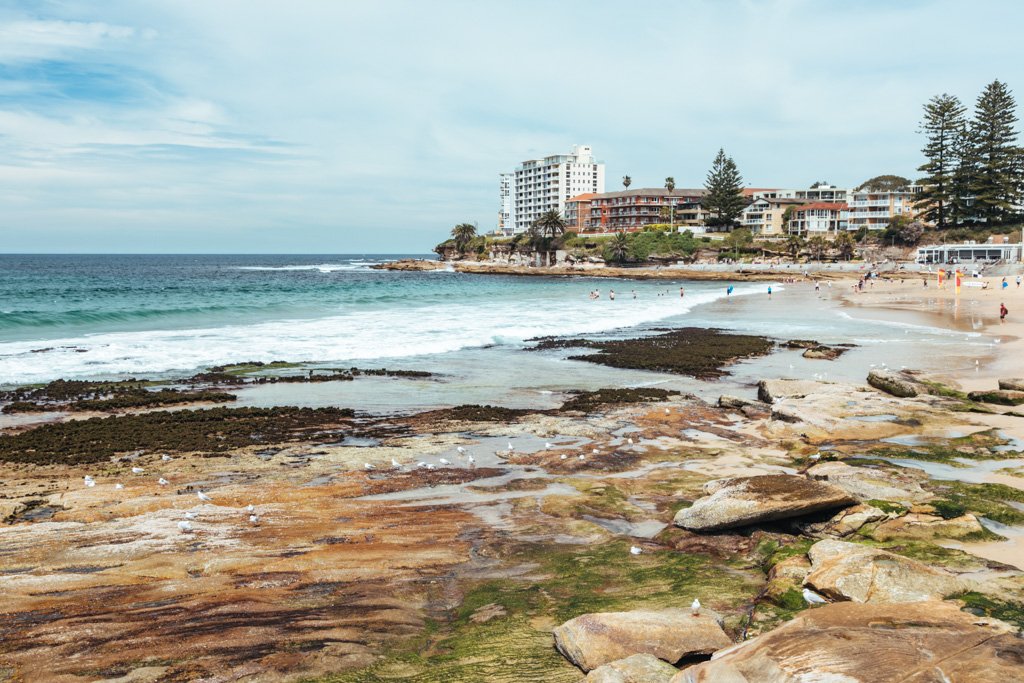 Coming up in November & December:

I’ll be continuing my Outback NSW road trip during the first week of November. After that I’ve got no travel plans outside of a couple of weekend trips. It’s FINALLY getting into summer in Sydney which I pretty much live for, and there’s nowhere else I want to be from December-March. SO EXCITED for endless beach days!

Tags: monthly recap
Previous ArticleEverything You Need To Know About The Laugavegur Trail in Iceland
Next Article 10 Things Not To Miss in Broken Hill