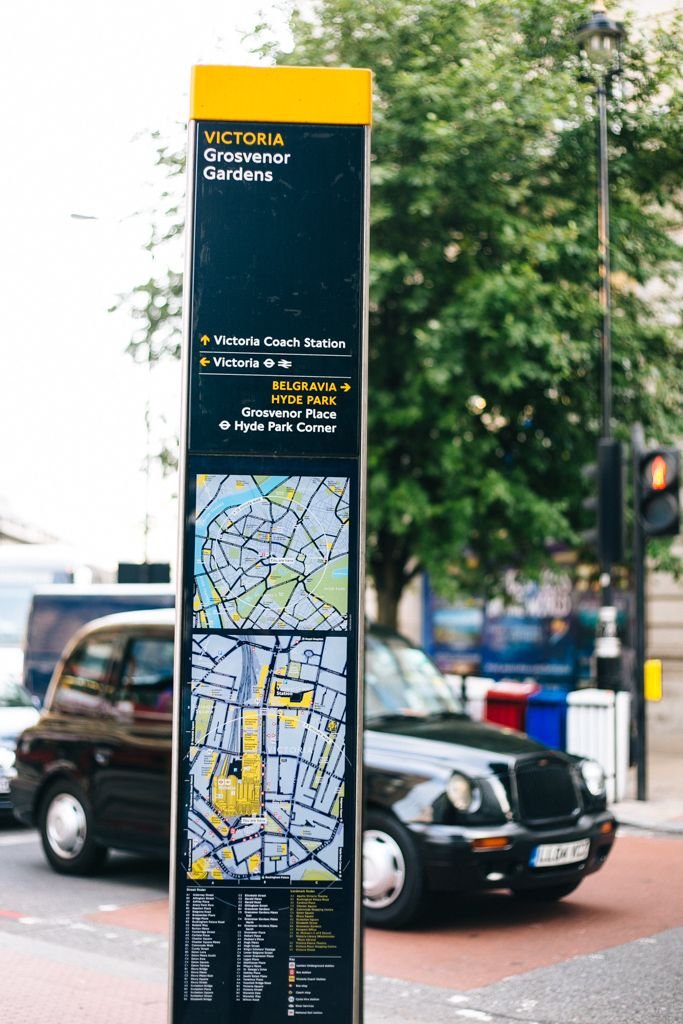 So you’ve got a London trip planned. You’re gonna bop around town on the Tube every day to get from your ho(s)tel to Buckingham Palace to Westminster to god knows where. That was my plan, too – until I actually got there and realized how EXPENSIVE the London Underground is!

I didn’t realize there were other, more affordable options for getting around London. For example, if you can find a bus that will get you right where you want to go, it will cost you less than half of what you’d pay for the Tube. There is also a bike share program, which is excellent value for a day’s worth of riding around the city.

What’s more, the city of London has maps posted what seems like every couple blocks – see photo, stage right >>>>>>>

I found myself relying on these every day to realign myself if I wasn’t sure which direction I was headed in. These map stands point you in the direction of nearby landmarks and Tube stations, and also display your current location on a local map a la a “you are here” marker. I found this to be invaluable while I was frolicking around London without a map or an iPhone app to reference.

So what are your options for getting around London? Allow me to enlighten you!

London transportation is practically synonymous with the Tube, its metro system. Between the ubiquitous ‘Mind the Gap’ signs on the platform and the plush seating on the trains, you can’t NOT hop on it at some point during your time in London.

Fares are calculated by distance traveled, which is determined by the zones in which you start and finish your journey. If you stick to the city center and nearby surrounds, you’ll likely stick to zones 1-2. Zones 3-4 are the start of the suburbs, which was where I was based during my 2.5 weeks in London in 2013. Anything beyond that is FAR and expensive to get to. 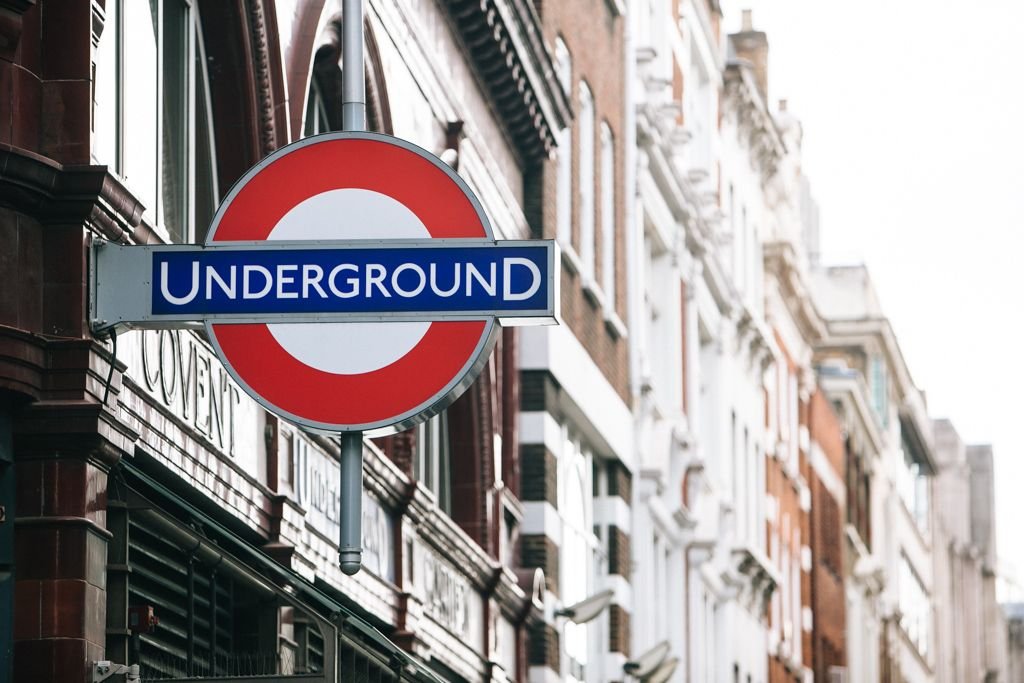 You’ll want to get an Oyster Card to load money onto to pay for your trips – it’s far cheaper than paying cash for each ride. For instance, a quick trip in the city would cost £2.10 with the Oyster, and £4.50 if you pay in cash. With the Oyster’s electronic prepaid system, you tap your card on the card readers when you enter and leave a station and it auto-debits your account. Easy and efficient!

How does it work?

For more deets, check the TFL website for up-to-date fare information and a map of all the Tube lines. 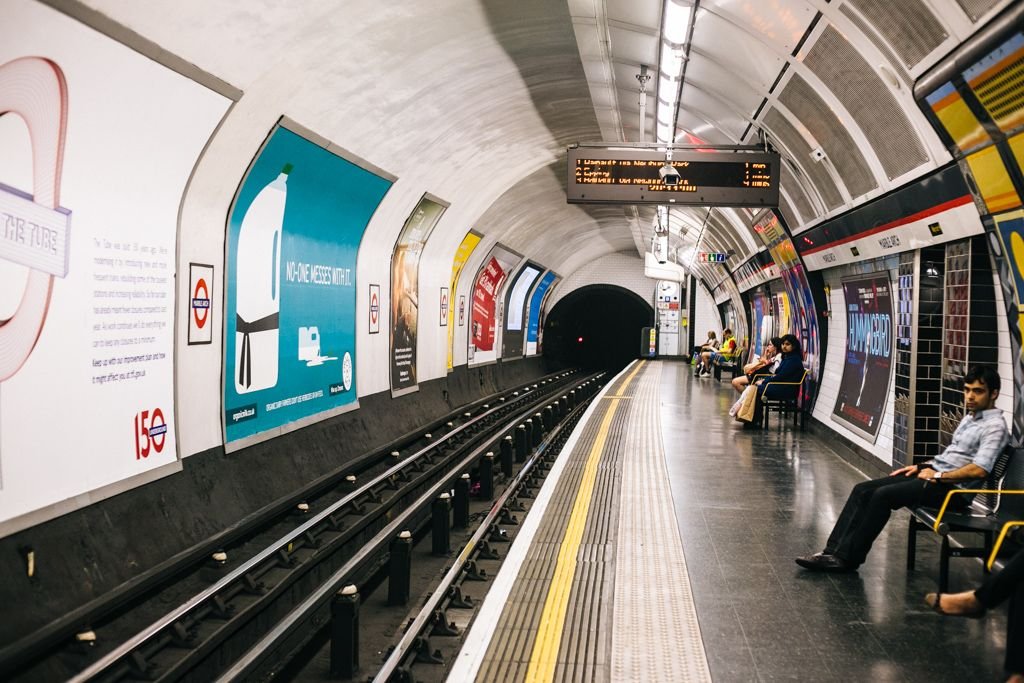 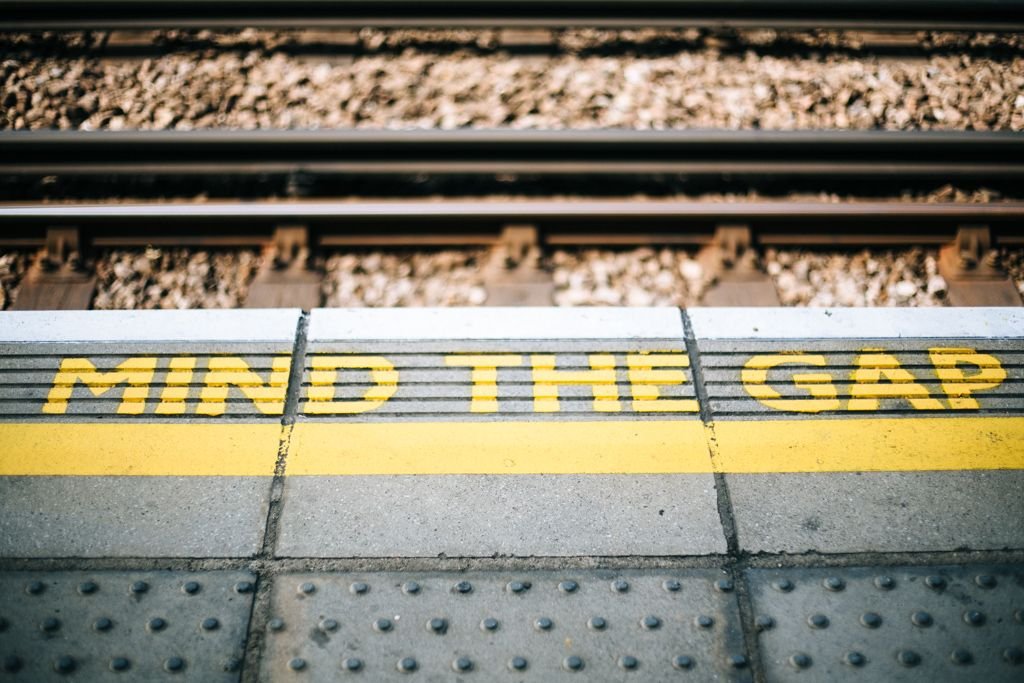 I generally avoid buses whenever possible, but the London bus system was a wonderful surprise! First, for some reason I’d thought that the double decker buses were reserved for those cheesy, overpriced tours. Turns out, these double deckers run the whole bus system. It is SO MUCH FUN to sit on the top level in the front seat! I never got tired of having a bird’s eye view of the street below. 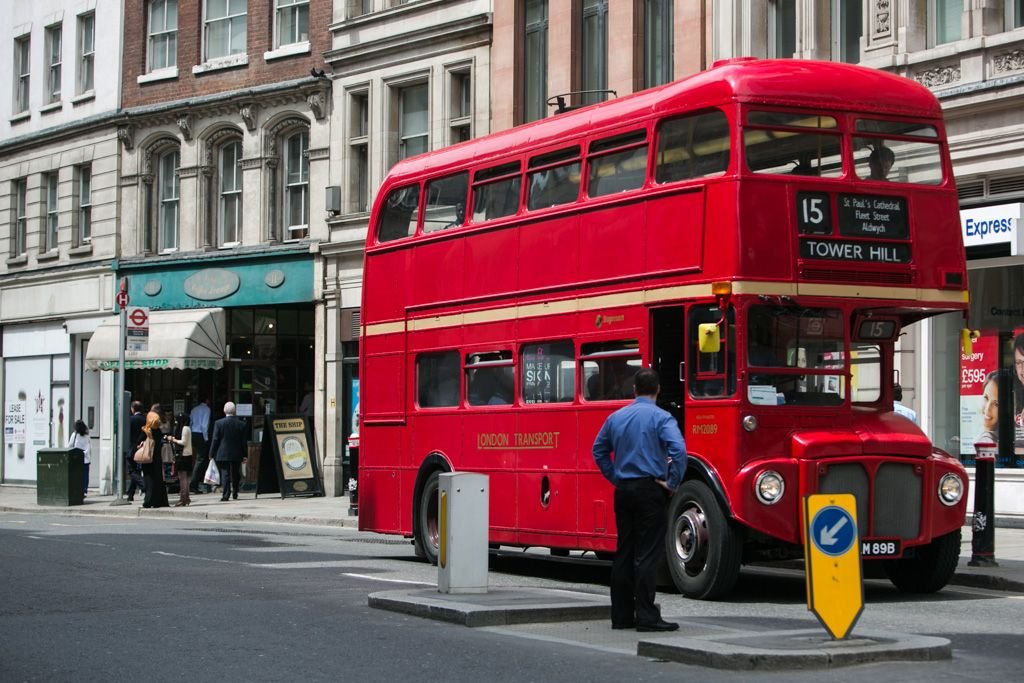 Second, riding the bus is EASY. London buses stick to schedule. There are arrival-time clocks at bus stops that are actually accurate. You can use your Oyster card to pay for the ride. I never knew a bus system could be so efficient, but London seems to have nailed it.

Shortly into my stay, I realized I could reach the city in about the same amount of time while spending far less money on the bus rather than a Tube ride. A zone 1-3 trip on the Tube cost me £2.70-3.20 (off peak vs. peak), while a bus ride only ran me £1.40, no matter how far or what time of day. Note that bus transfers are NOT free, so if you need to switch buses midway through your trip, you’ll be paying 2 bus fares.

Considering their ease of use, reliability, great views from the front seat of the top deck, and overall value, London buses might just be better than the London Underground. 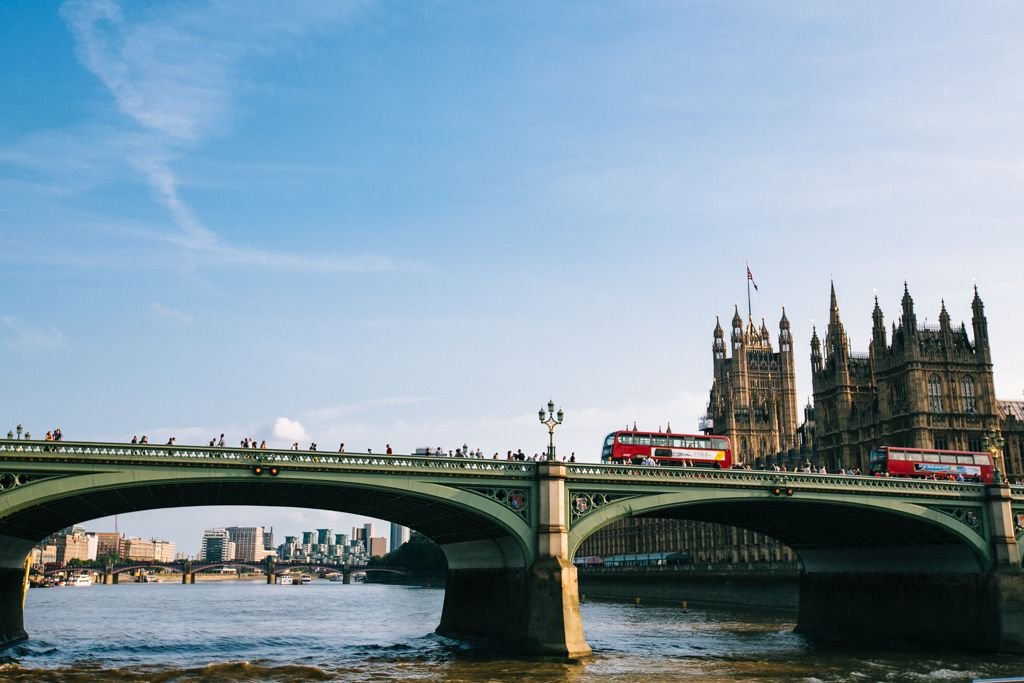 I’d peg London as a bike-friendly city. It’s certainly no Amsterdam or Copenhagen, but cycling is growing in popularity as a way to get around town: in fact, the number of cyclists has more than doubled since 2000. I was pleased to see a number of bike paths on the roads there.; however, in most cases there aren’t dedicated bike lanes – meaning there is often not room for both a cyclist and a driver to cruise down the road side-by-side. Not safe!

There are talks of London getting an elevated bike network in the coming years, which would certainly address the issue of safety. 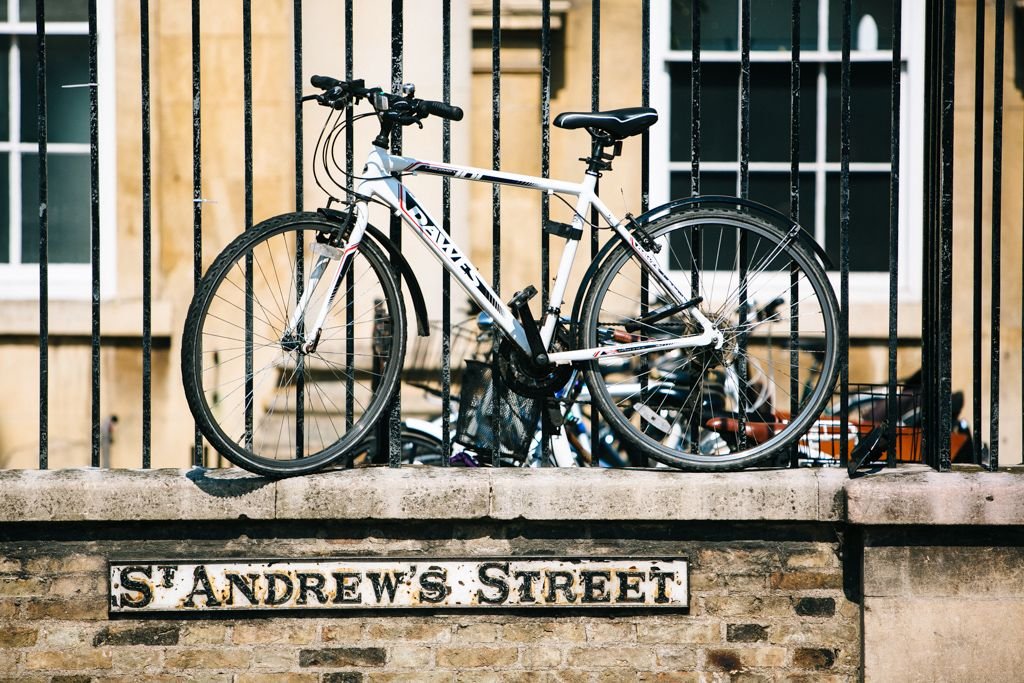 Nevertheless, safety concerns didn’t stop me from biking into the city from South London a few times. It’s a great way to take advantage of beautiful weather on the rare occasions it decides to grace London with its presence.

While I was galavanting around Asia for the first half of 2013, NYC implemented its Citibike Bike Share program. Unbeknownst to me, London had launched something similar with its Barclays Cycle Hire (BCH) program nearly 3 years ago. Thus, my first encounter with a bike share program was in London.

In case any of you small towners are raising your eyebrows right about now, allow me to explain. Many cities around the world have implemented bike share programs in recent years. The concept is that you can take out and return a bike from docking stations all over the city within a short timeframe. It’s similar to the concept of borrowing library books, except you pay an annual membership or a daily rate. You don’t pay per bike ride unless you go over the time limit.

If you have an exact destination in mind, BCH is an efficient and affordable way to get from A to B quickly. However, it’s not meant for leisurely rides with no end in sight (unless you’re cool with paying additional fees for the extra time). If you’re planning on doing a bunch of touristy things in one day, it’s definitely worth getting a 24 hour bike share pass; but if you’d rather bike through parks and along the river just for fun, you’d be better off hiring a regular bike for the day. 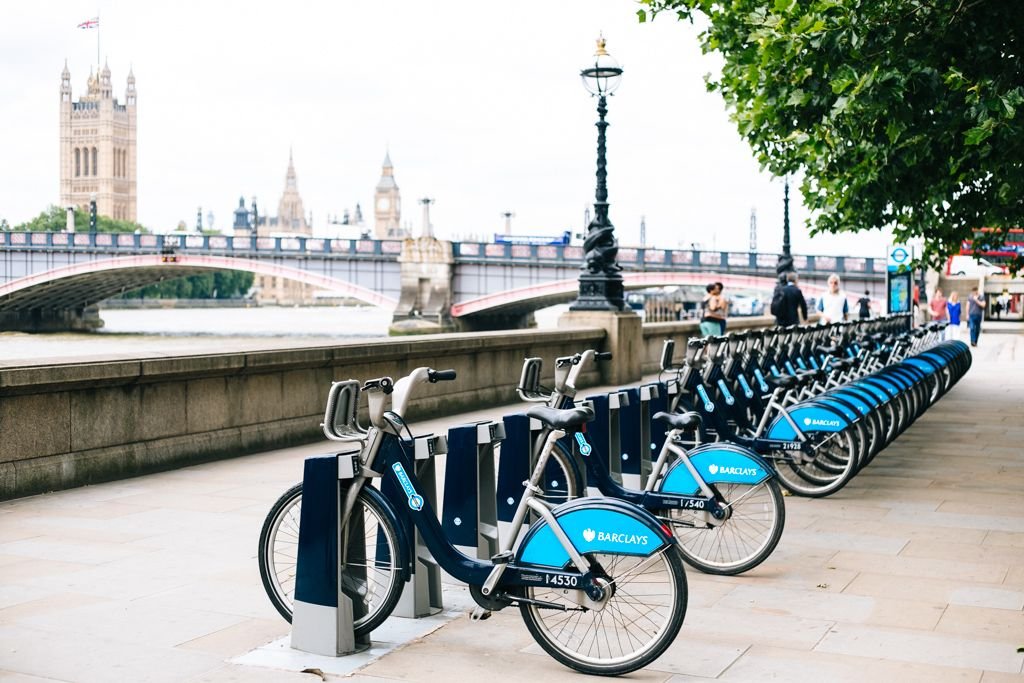 How does it work?

You can rent a bike from any docking station by credit card. You’ll be given a pin number, which you use to unlock a bike; when you return it, make sure the bike is locked in the docking station. Each time you want to take out a bike, you just insert that same credit card at the kiosk and it’ll give you a new pin. 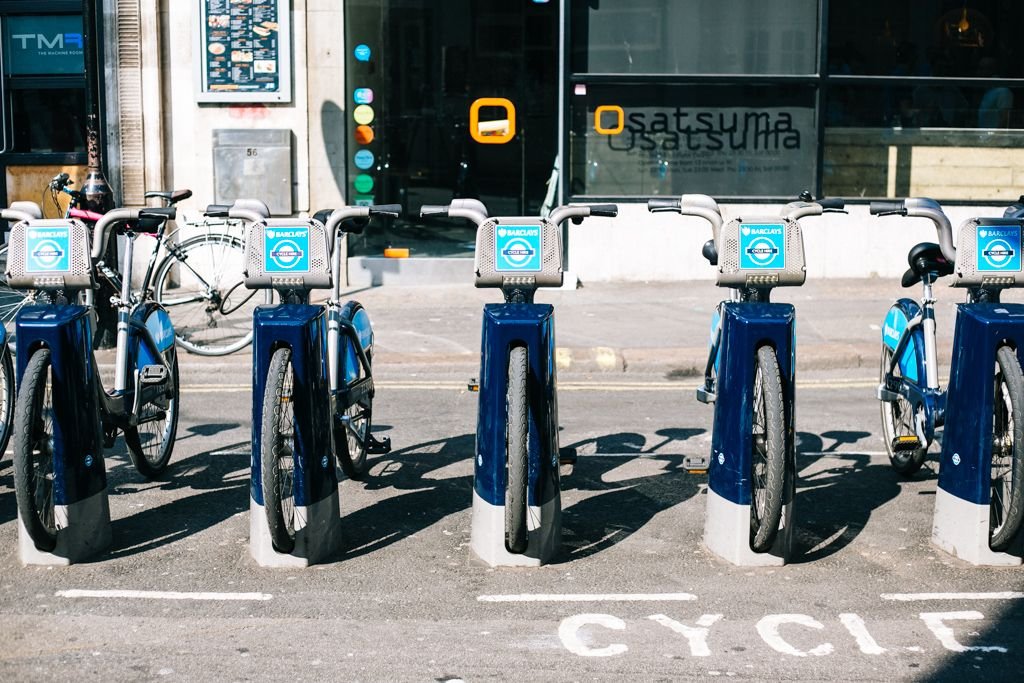 How would you get around London?