I’ve done the halloween parade, gone apple picking, visited the county farm, done a corn maze, gone wine tasting, carved pumpkins, and leaf peeped. In fact, I’ve done most of these things multiple times and they’re still fun – but what’s a semi-jaded New York City dweller to do to jazz up her fall and pretend like the inevitable god-awful winter is not upon us?

In my quest to try out new fall activities last year, I came upon The Great Jack-o-Lantern Blaze – an elaborate display of jack-o-lanterns at the Van Cortlandt Manor in Croton-on-Hudson. Tickets had sold out weeks in advance, so I made a mental note to buy tickets earlier this year. 6 weeks in advance, to be exact.

And so on the first Saturday in November, I found myself on a train with 2 of my favorites, heading upstate for some fall fun!

We weren’t 100% clear on the rules here: did we have to purchase alcohol on board, or sneak sips through a brown bag? Turns out, no one batted an eye as we poured drinks into plastic cups from an old water bottle. We came armed with a thermos and bottles of festive fall beverages to crack open on the train ride up. There was rum, there was bourbon, there was spice. It made the hour-long ride pass by fast.

You can walk from the train station to The Blaze

We knew that the walk from the train would take about 10 minutes on a “non pedestrian-friendly road” (whatever that meant). The road seemed friendly enough to us pedestrians – there was even a sidewalk for part of the way. It’s totally walkable.

To walk from the Croton-on-Hudson train station to The Blaze, walk north through the parking lot and onto the main road, take a right and walk to the end. Take a left if you’re in need of some food, otherwise turn right past a small shopping plaza that will lead you straight to the venue. 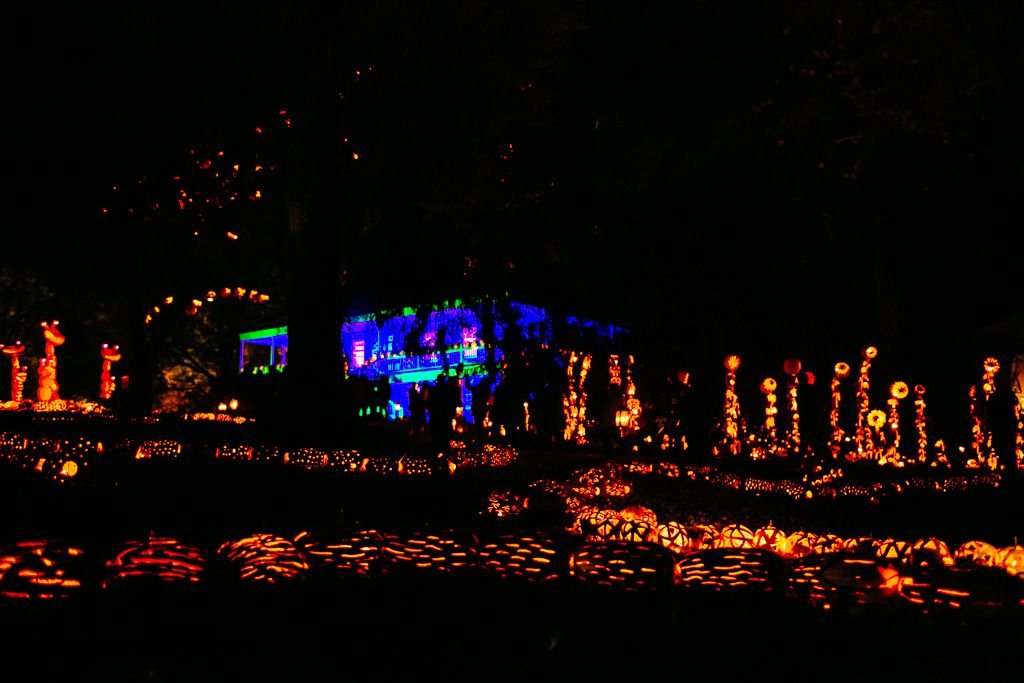 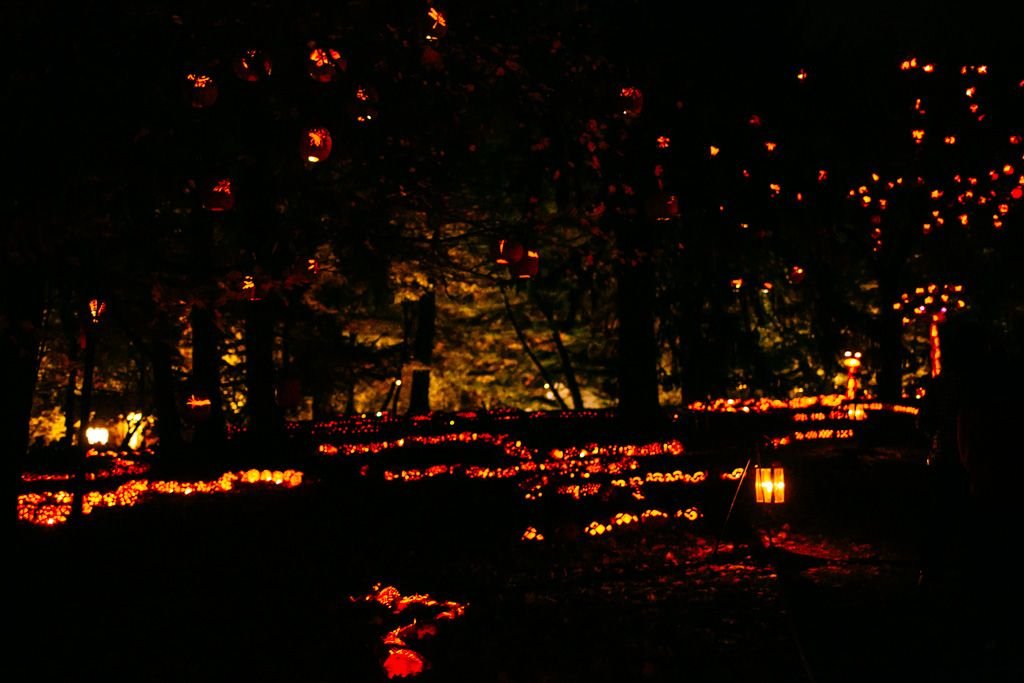 The Blaze is awesome and well worth it!

Our immediate thought upon entering this attraction: HOW? How is this even possible?! And as a follow-up question: How many pumpkins are there here?

One thing I really appreciated was that all of the staff at The Blaze were super friendly and knowledgeable. Through them, we learned that of the 5000(!) pumpkins, only 1000 are real – they are replaced each week and carved by a collection of volunteers. While we were somewhat bummed to hear that most of the impressive jack-o-lanterns before us were fake, it makes complete sense. Carving 5000 pumpkins per week for 6 weeks would be absurd (and costly!). 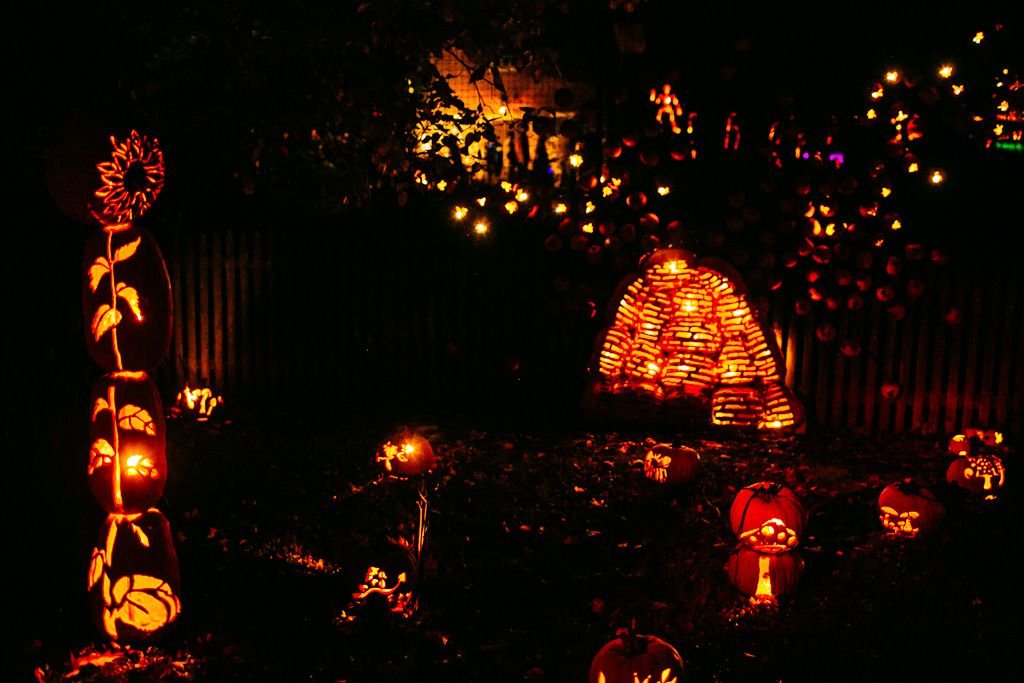 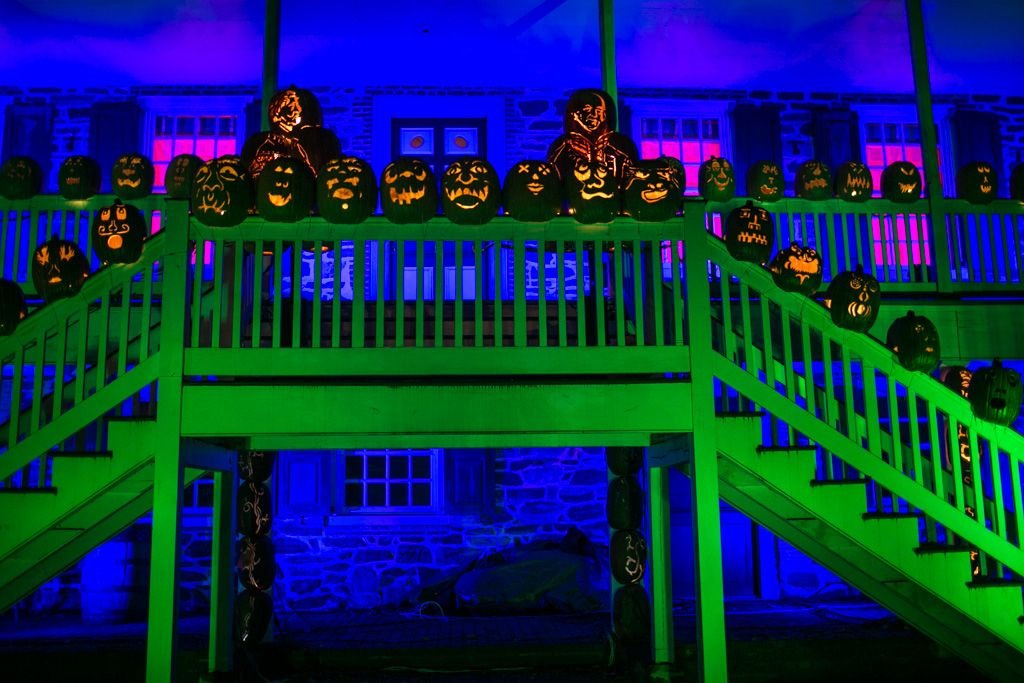 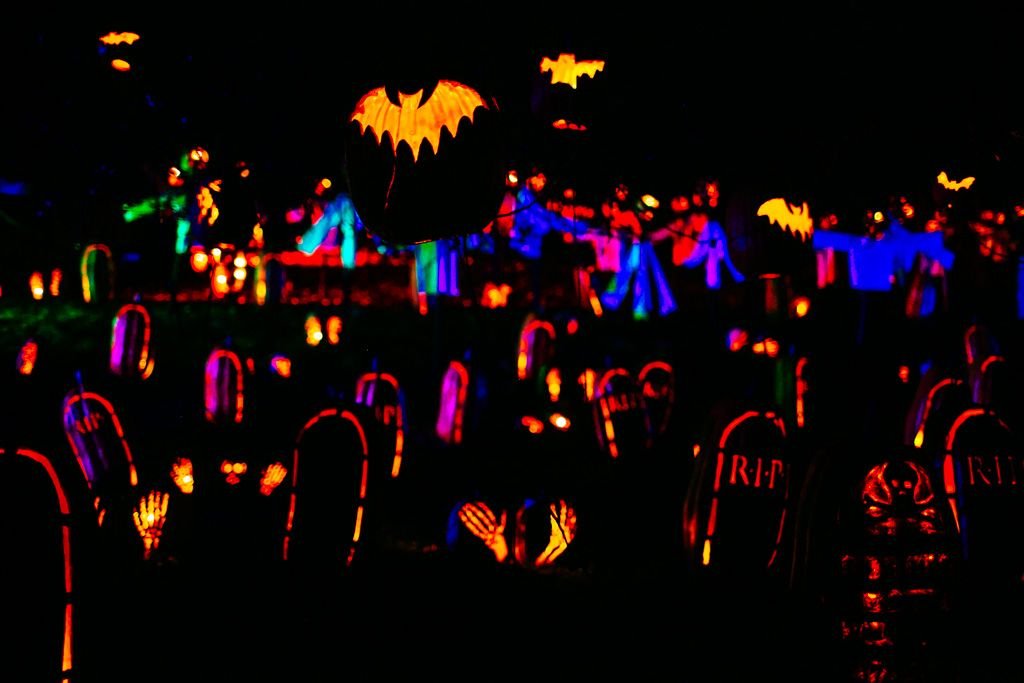 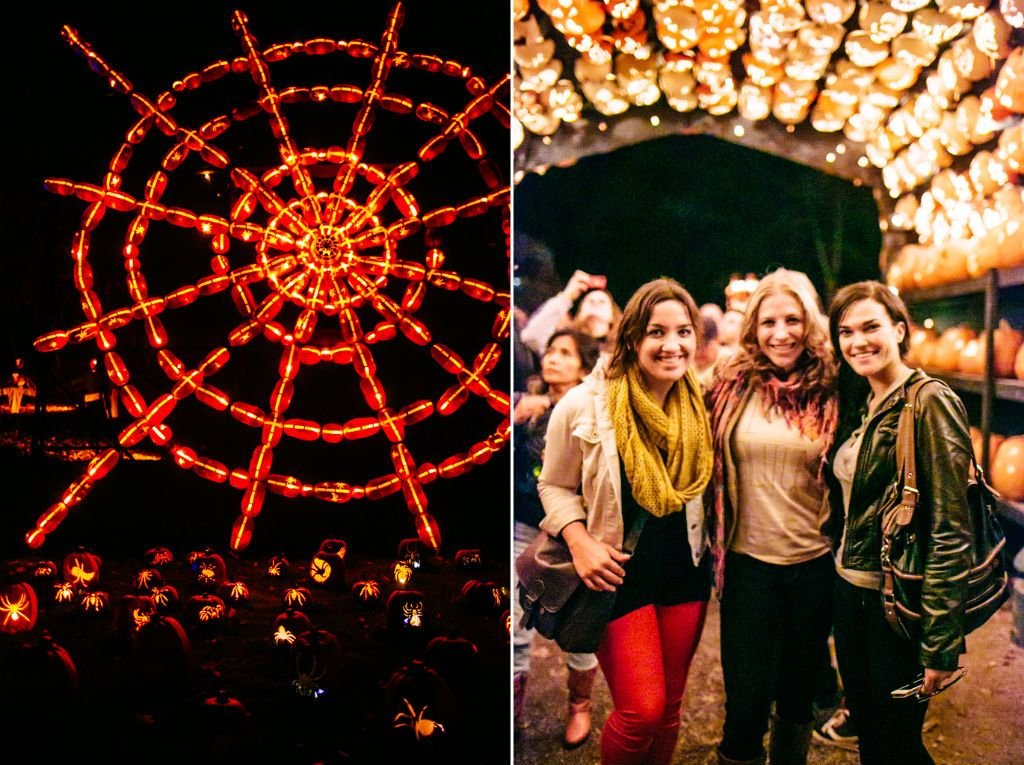 The details on some of these pumpkins are just RIDICULOUS. They are so intricately carved that it’s understandable that only 1/5 of the pumpkins are real and replaced weekly. 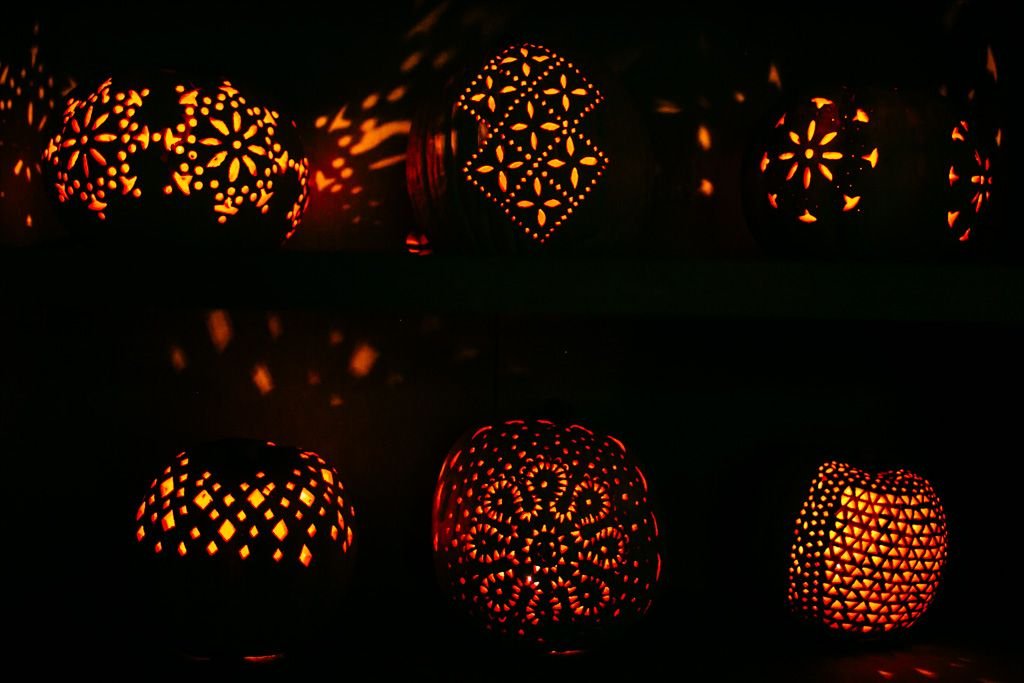 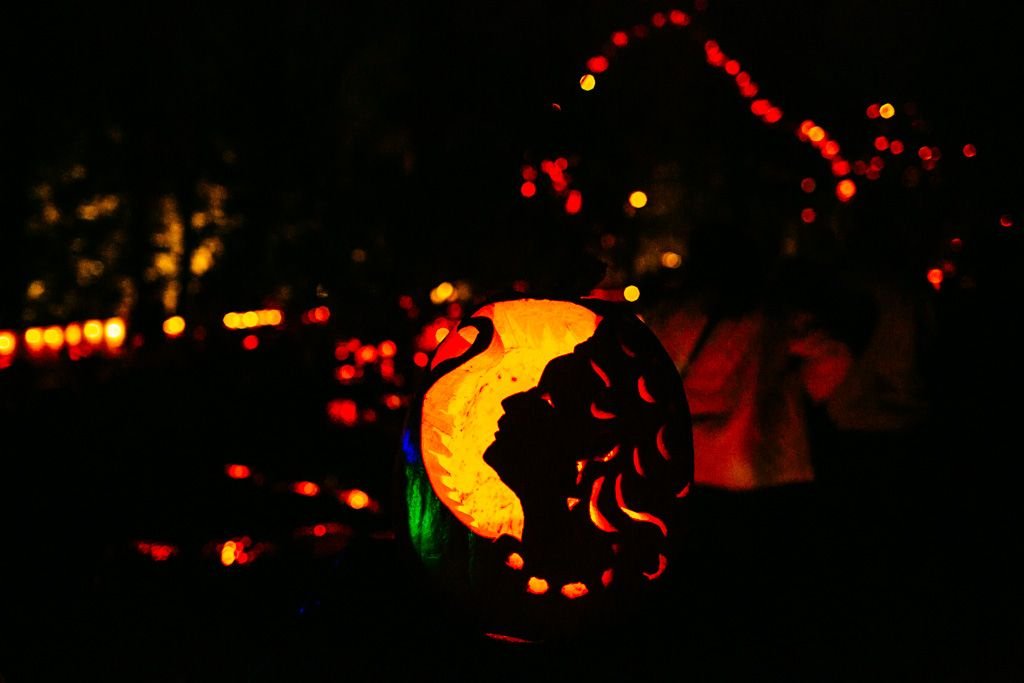 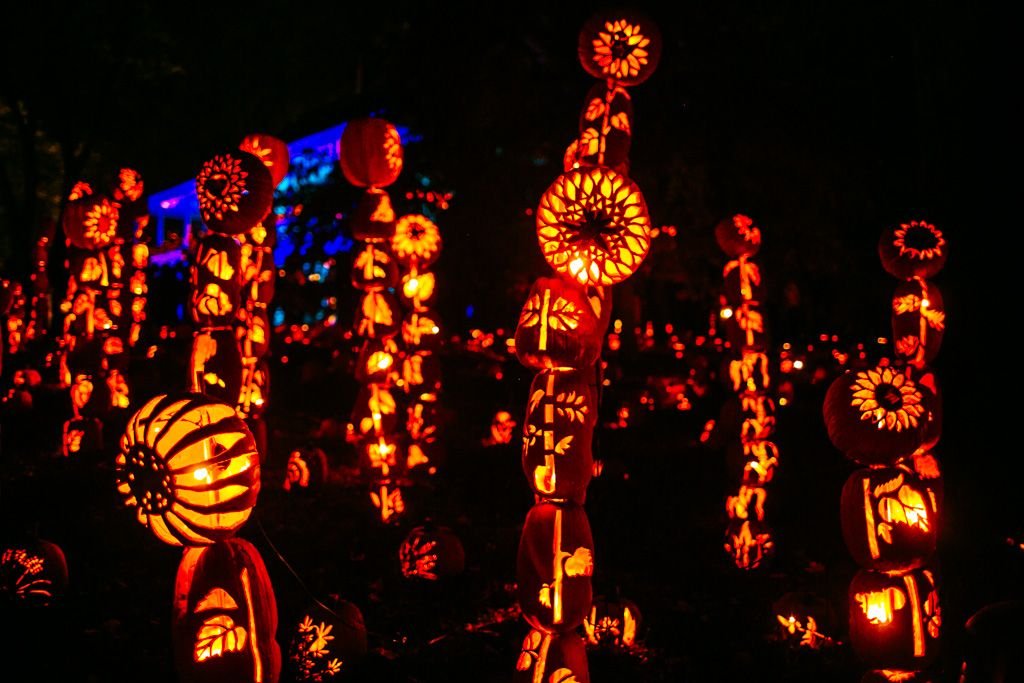 Some of my favorite pumpkin creations were the massive animals built from several jack-o-lanterns. Elephants, giraffes, and dragons, to name a few. There was even an aquarium filled with seaweed, fish, an octopus (whose creator we randomly met in the tent afterwards!), and other sea creatures. 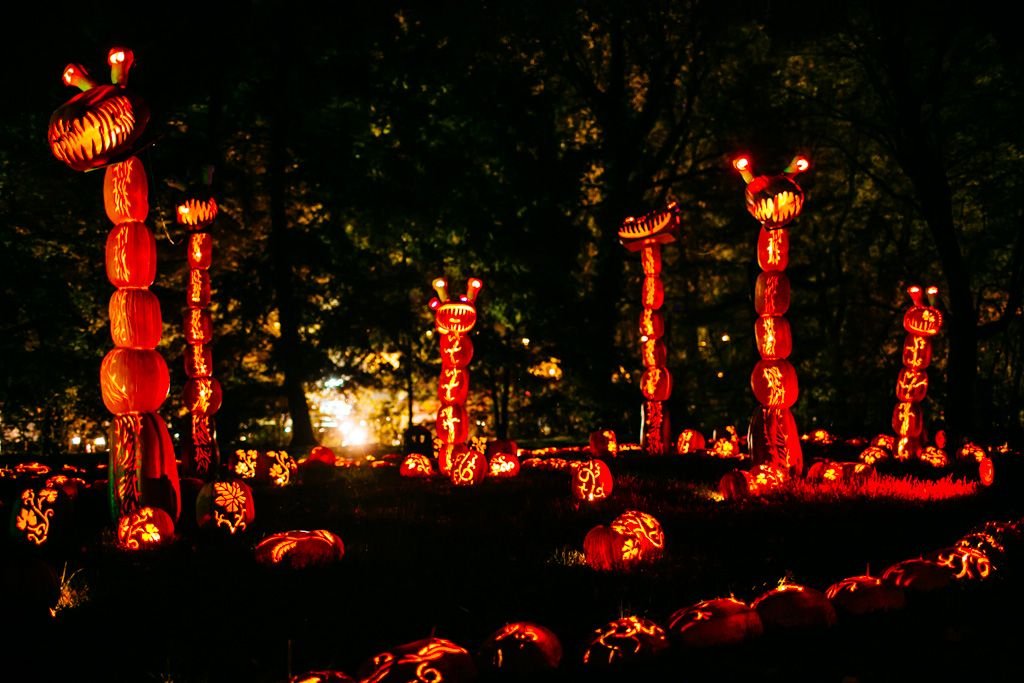 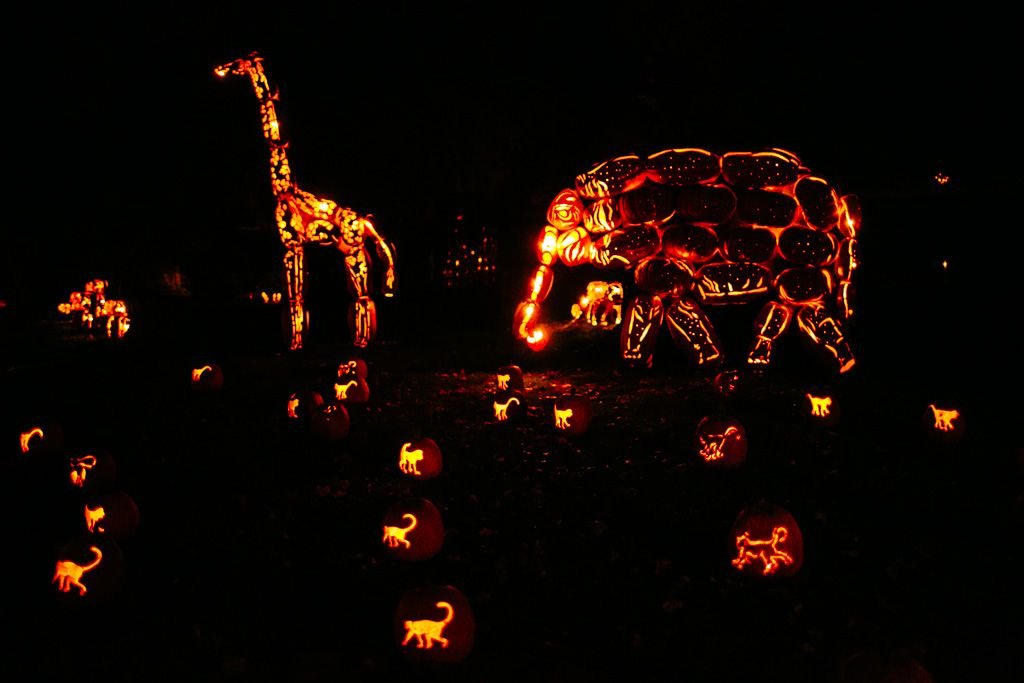 Be sure to check out The Great Jack-o-Lantern Blaze next year! It’s well worth a day (er, evening) trip from NYC.

Note: I was not in any way compensated or requested to give The Blaze a favorable review. This right here is my honest and candid take on the experience, as per usual. 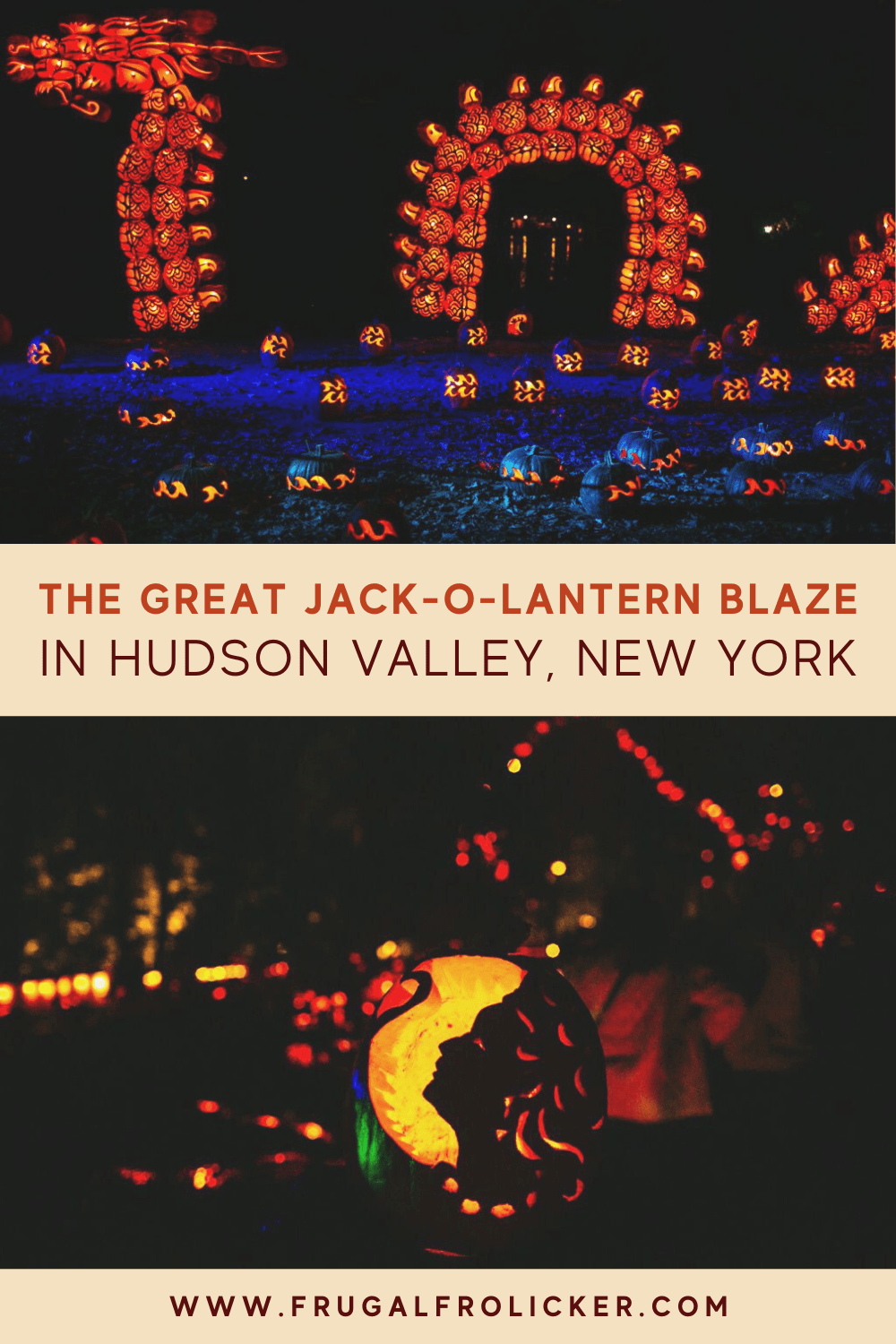 As of November 2013 —
A roundtrip train ticket from NYC to Croton-Harmon costs $19.50. Take the Metro-North Hudson line train from Grand Central, which departs 1-2x/hour.

The Great Jack-o-Lantern Blaze runs from early October to early November. A ticket to the Blaze costs $16 ($20 on Saturdays) and must be purchased online in advance. Weekends sell out quickly, so be sure to order your tickets ASAP!