By on Europe Flashback Friday Italy

I’m not sure exactly how Southern Italy made its way onto my meticulously-planned 5 week itinerary, but I wanted to do something a little off the beaten path. So much of the good stuff in Italy is very much ON the beaten path, and rightfully so – and as a result, it’s fairly easy to get to.

But in Southern Italy, all bets are off. Or at least they were in 2007 – maybe they’ve improved their transportation infrastructure in the past 6 years? When I was there, transportation was infrequent and indirect, and population was sparse. Remind me to tell you about the time I got stranded at a train station with a bunch of sheep and precisely ZERO humans. 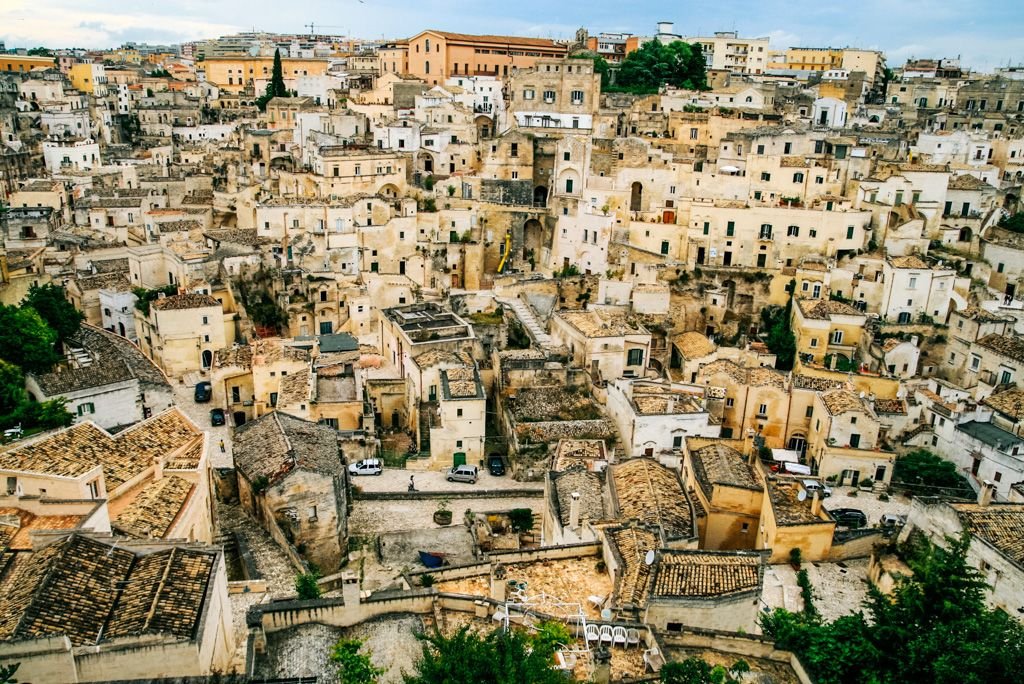 I’ve never seen The Passion of the Christ, but I thought it’d be cool to visit Matera, where the movie is set. The town is known for its sassi (old cave dwellings). Houses here are built into the rock or onto the rooftops of other houses, creating a stacked town, as seen in this photo. Many of these cave dwellings are more cave-like than house-like – I’m talking no doors and no proper facilities inside. Despite this, some are still inhabited.

Matera is definitely worth a look if you happen to be in Southern Italy! (and bonus: it’s a UNESCO world heritage site!)

Tags: EuropeItalyMaterasassi
Previous ArticleFine, I Admit It – I Have A Travel Routine
Next Article Getting Around London is Easier Than You Think!