I’m a girl on a mission this month aspiring to conquer as many items on my Melbourne To-Do List as I can before I relocate to Sydney in March.

I don’t know why it took me 5 months to get myself to the highest vantage point in the Southern Hemisphere (me and exceptional viewpoints are like a month to a flame), but on a recent summer blue sky day I needed a break from work and without much deliberation, hopped on my bike and rode into the city. 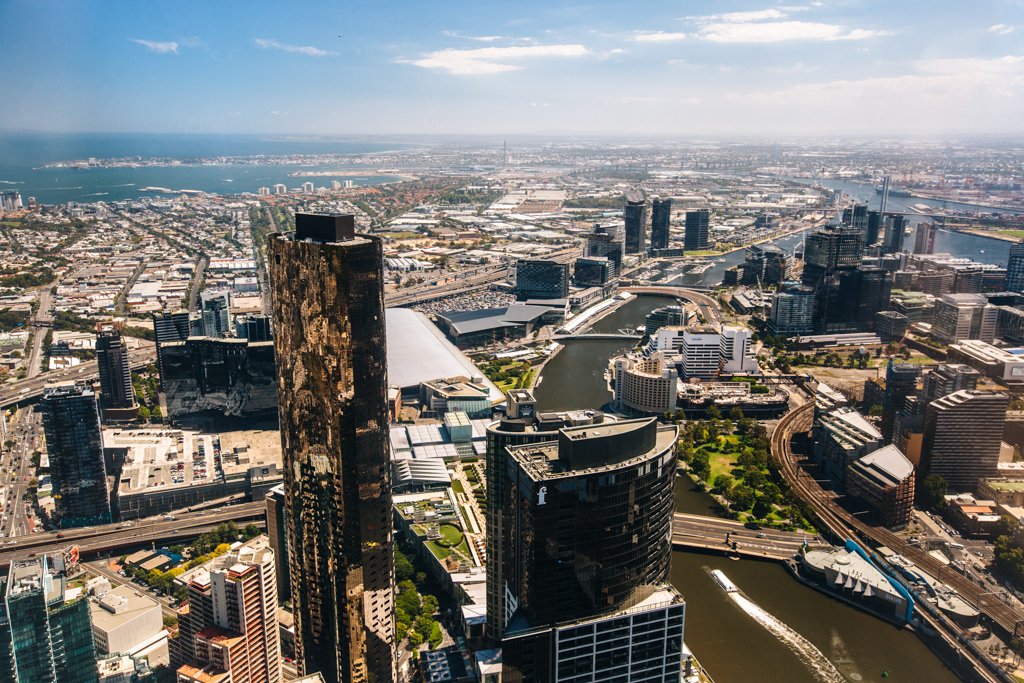 On an impulse, I paid AU$5.50 for the Sun & Stars upgrade, which permits entry on 2 consecutive days. Seemed kind of a no-brainer to pay a few bucks extra to do it twice – totally worth it, in my mind. On Day 1 I went for sunset and nighttime views, and on Day 2 I returned during the day, which meant that I walked away from my Eureka Skydeck experience with a well-rounded set of photos. Perfect! 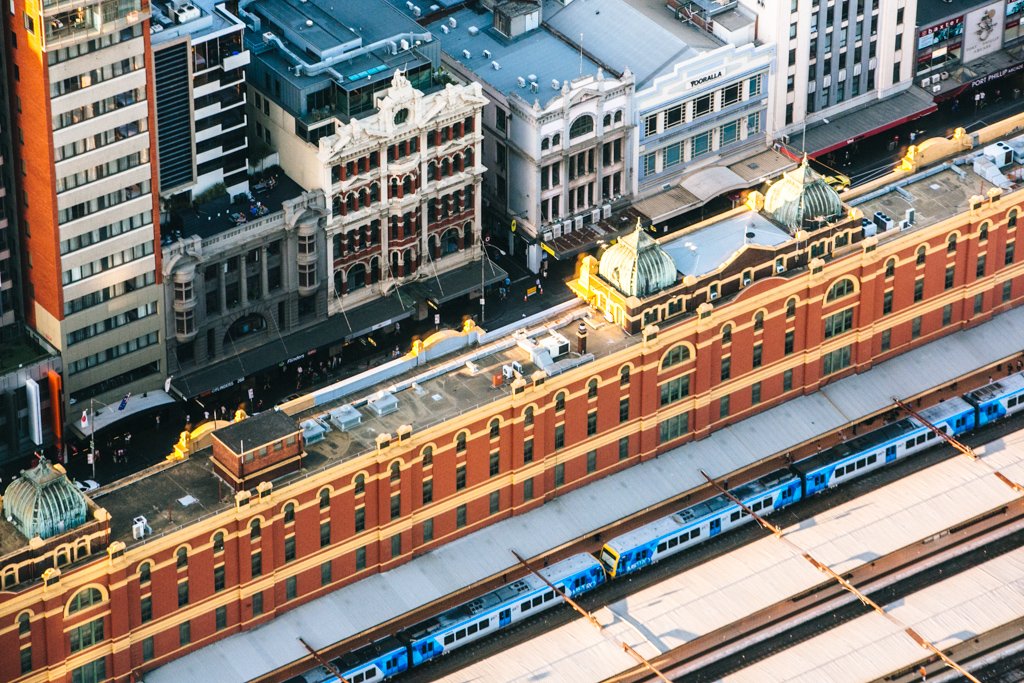 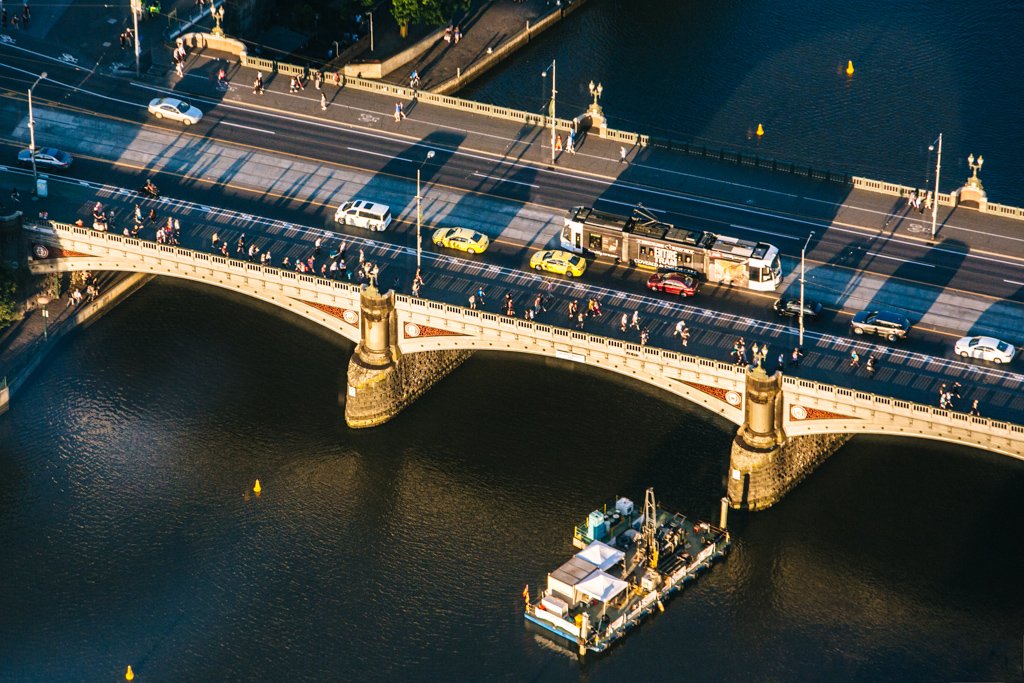 I found the golden hour light to be a little bit awkward when shooting the skyline from above, so I don’t have many photos from this time of day (i.e. 1-2 hours before sunset). Instead I patiently waited for sunset on the western side of the Skydeck. I had no problem setting up my tripod by the window 20-30 minutes before sunset, but the crowds started to gather once it got close to showtime (mind you, this was also a Saturday night).

The actual setting of the sun was pretty lackluster, but about 20 minutes later the sky cranked it up in the saturation department and gave us a little tease. How good is this?? (Note: I used the in-camera HDR function on the Canon 5d Mark III – not bad, I say!). 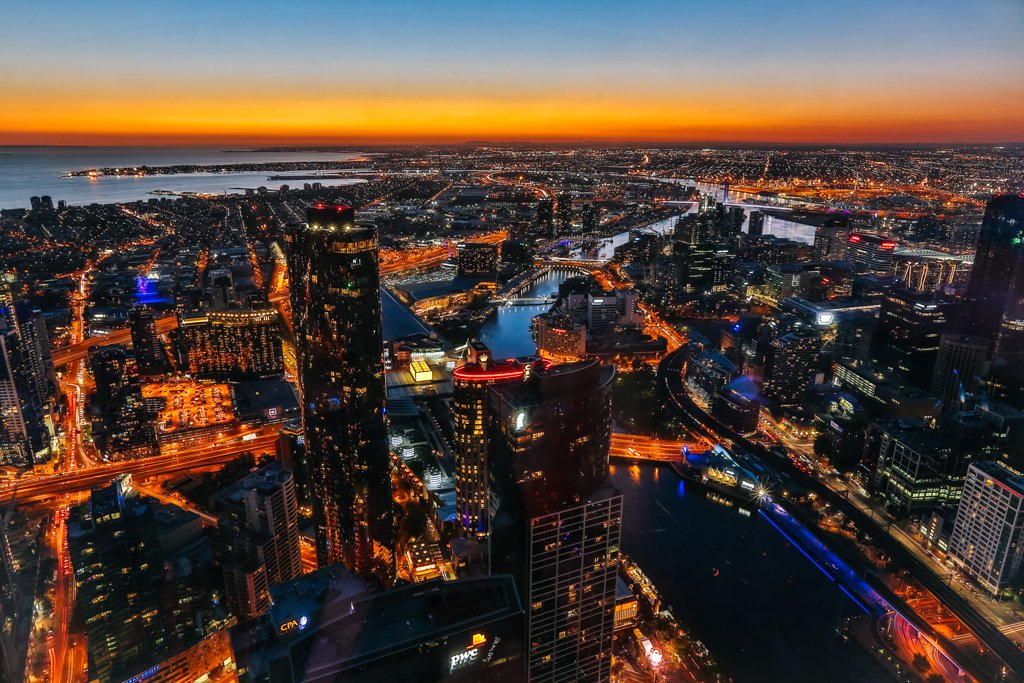 While I was crossing the river to get to the Eureka Tower, I noticed a sign for the Lunar New Year fireworks that were set to go off around 9:45pm by the Crown Casino – i.e. the building right below where I was perched for sunset. How serendipitous was it that my uber-belated Skydeck experience happened to coincide with the fireworks?! I totally didn’t mind hanging out for another hour to wait for them.

I used that time to take some test shots and adjust my camera settings – speaking of which, you’ll be battling some seriously nasty glare on the Skydeck windows no matter the time of day. I wasn’t able to find a cure-all solution to block it out, but at night at the particular window I was shooting through here, what worked best was putting my lens right against the window with the camera on the tripod. 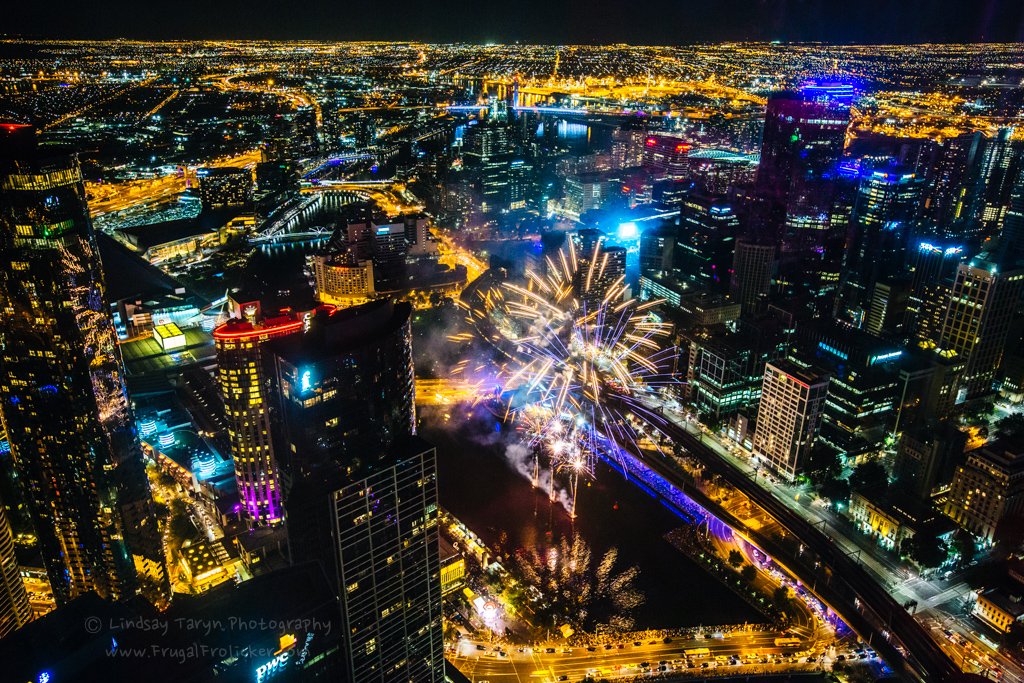 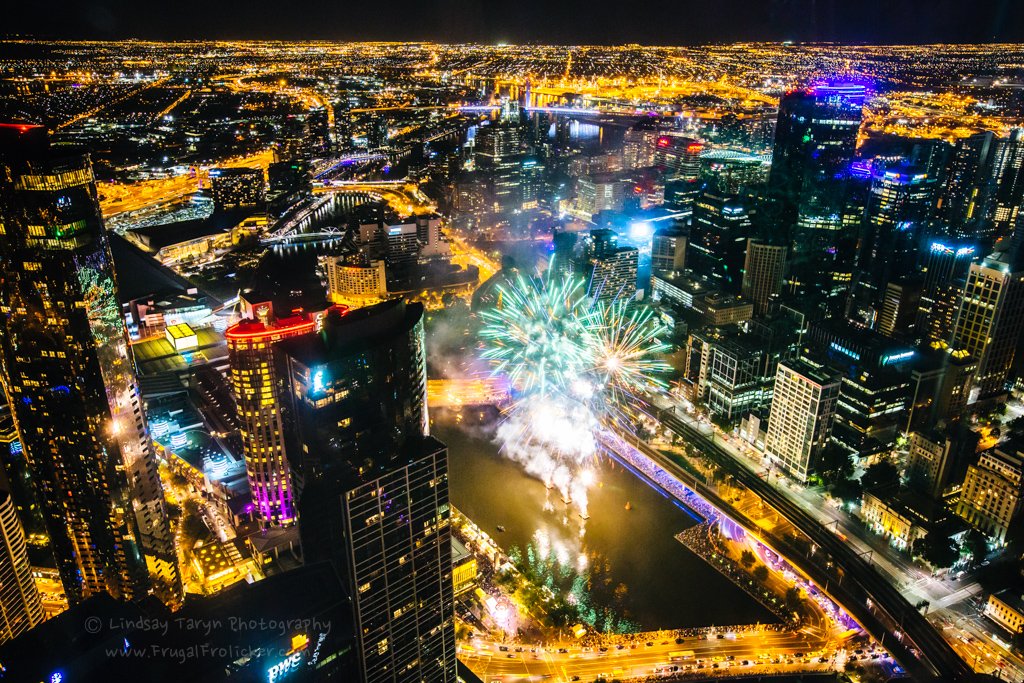 AHHHH so good. Easily a highlight of my time in Melbourne. I’d never witnessed fireworks from above before, and I’ve gotta say: it’s really something special.

The following day, all recovered from the high of the previous night, I returned to the Skydeck during mid-afternoon for Round 2. Turns out this was a much better time of day to shoot toward the east, and so I was super glad that I “splurged” on the ticket upgrade. 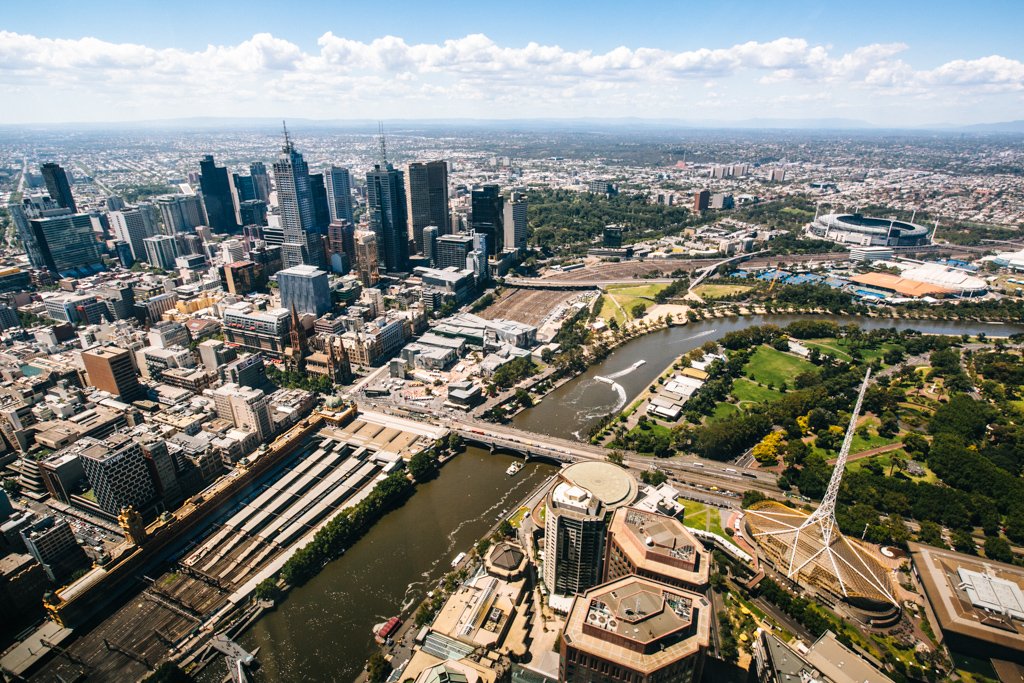 I think I spent the most time looking down on Federation Square and Flinders Street Station. They look like such massive landmarks from the ground, but from above they appear as if in miniature. 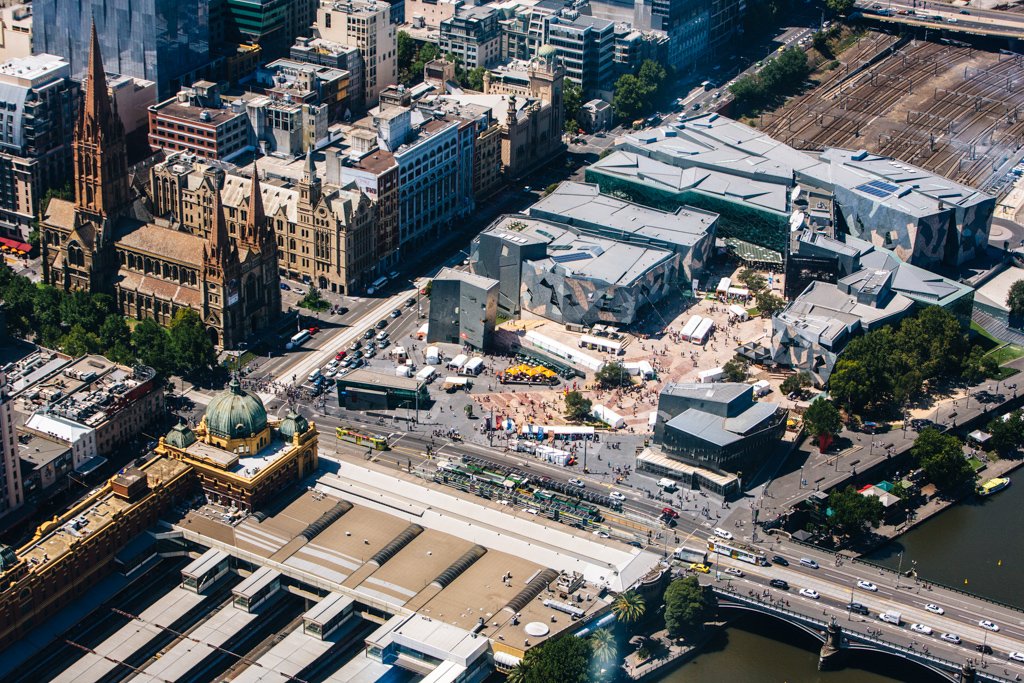 Looking toward the southeast, the landscape is decidedly less city-like with the prevalence of suburbs, parks, and water. The Royal Botanic Gardens and Albert Park Lake are relatively close to Eureka Tower and look pretty (freakin’ massive) from up high. 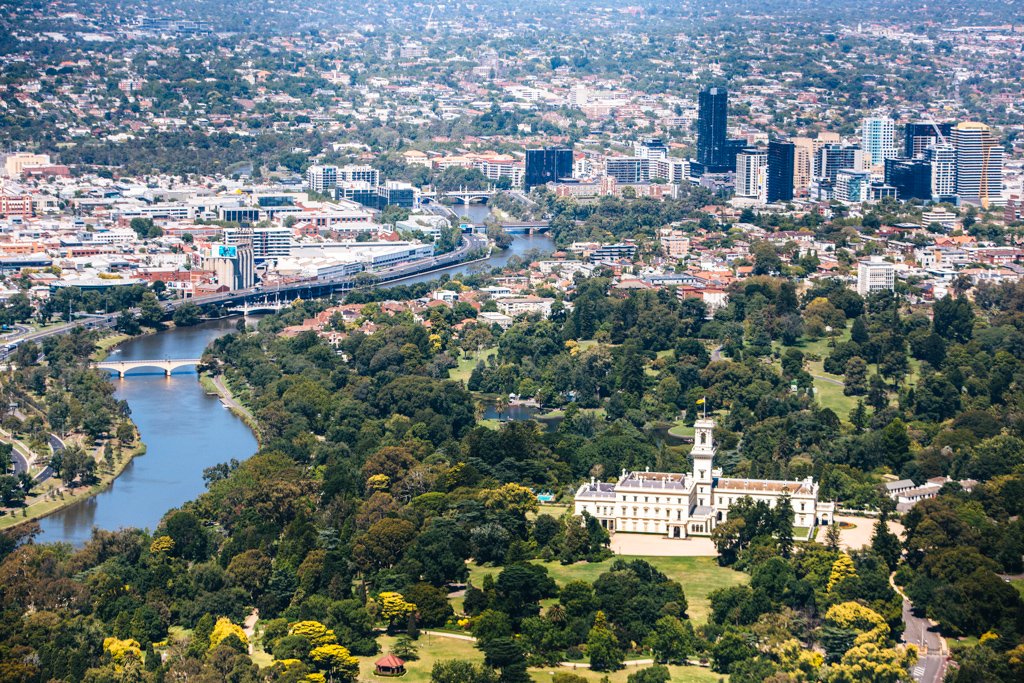 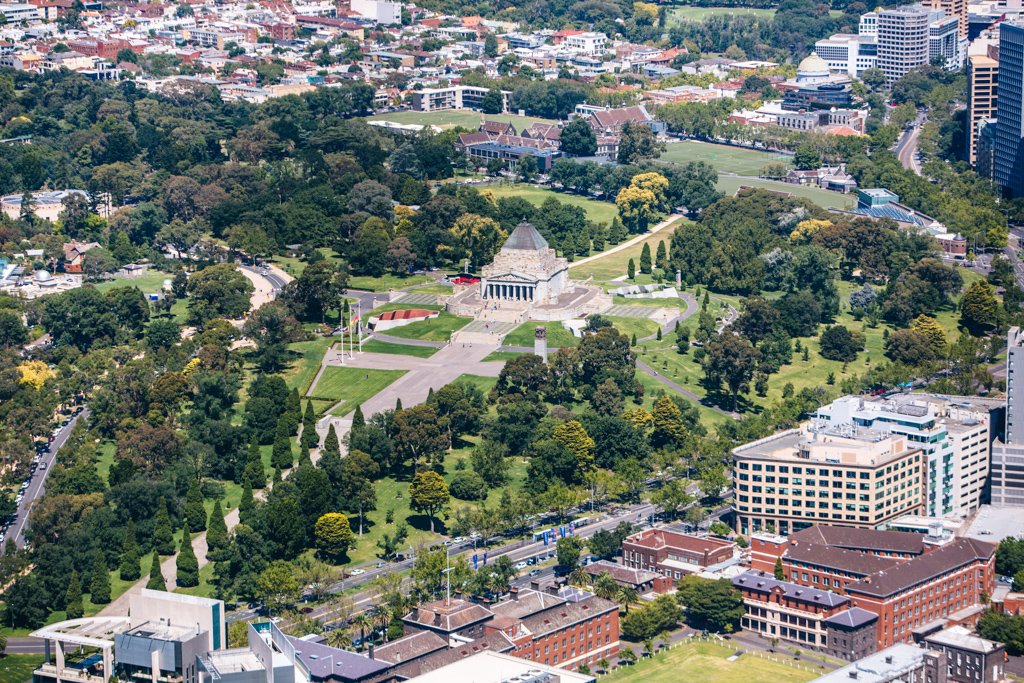 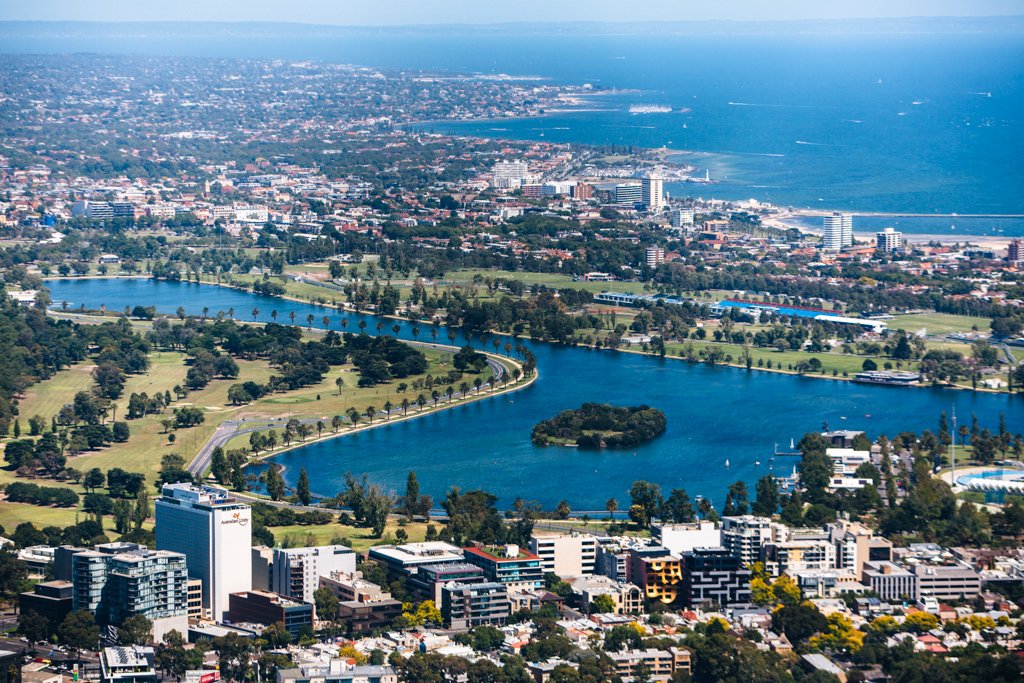 As of February 2016 —
Admission to the Eureka Skydeck costs AU$19.50. The Sun & Stars upgrade is an extra AU$5.50 and allows two entries over the course of 1-2 days. The Edge upgrade costs AU$12 and gives you access to a ledge that has glass walls, floor, and ceiling. 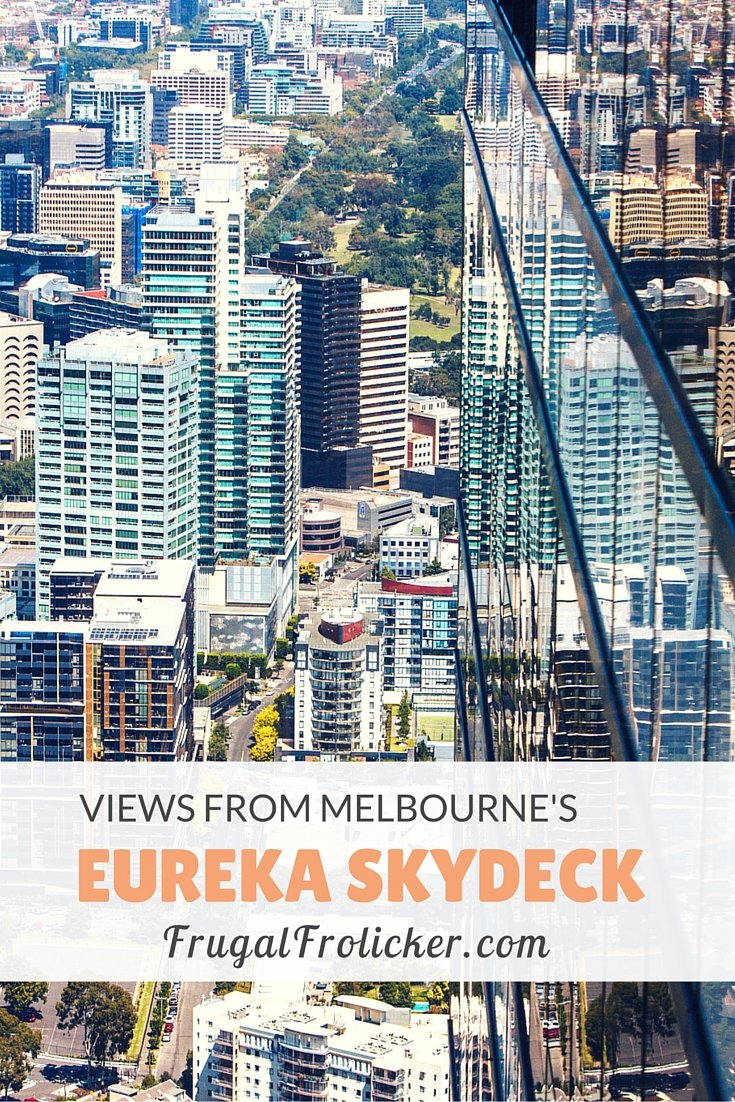