When most people (myself included, until recently) think of Kosciuszko National Park, they picture mountains (and maybe snow). It is Australia’s premier alpine destination, after all.

But in reality, Kozzie is absolutely MASSIVE. At 6900 km², it’s New South Wales’ largest national park, so it’s safe to say that it includes much more than just Australia’s tallest peak. 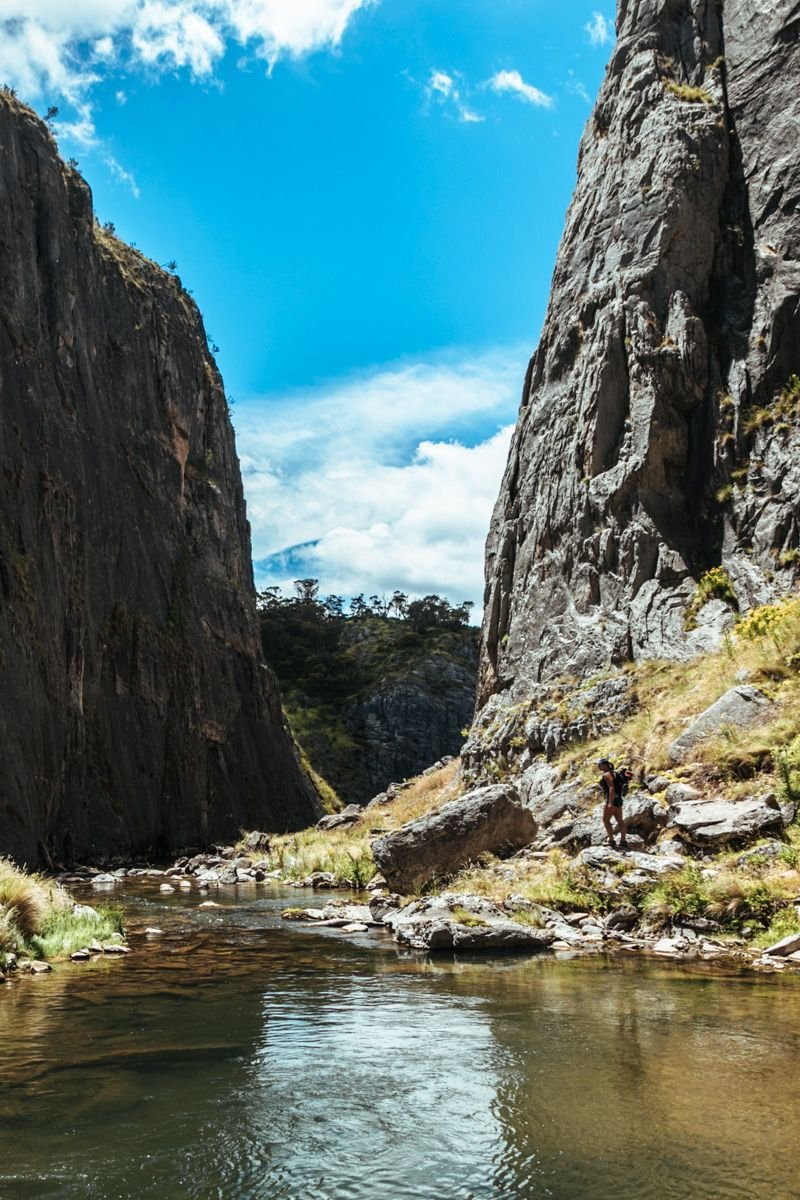 Tucked in the High Plains (northernmost part) of Kosciuszko National Park is Blue Waterholes, an area that takes a concerted effort to reach (think 40 minutes of slow driving on a gravel road). There is no reception in this neck of the woods, not even on the trusty Telstra network, which makes it an ideal digital detox getaway.

Trust me, you won’t even care about checking your email or social media while at this magical spot (THAT NO ONE SEEMS TO KNOW ABOUT!). From pristine natural swimming spots to gorge hikes to caves, there is so much to explore around the Blue Waterholes.

Here’s everything you need to know about Blue Waterholes campground and things to do nearby: 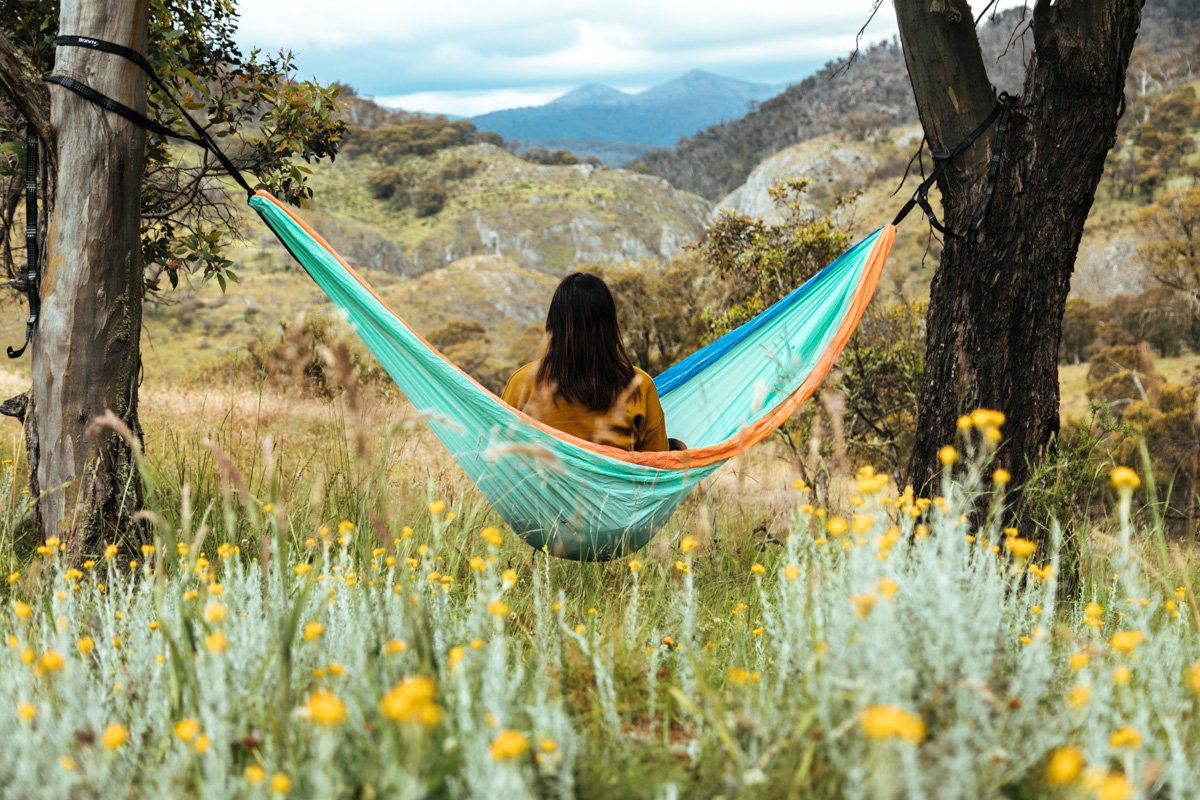 There are a few campgrounds in the vicinity of the Blue Waterholes, the closest being the Blue Waterholes campground. However, I’d recommend camping at the next one up, Magpie Flat campground, as it’s just a 5 minute walk away and offers a much better view of the surrounding landscape because it’s higher up. These campgrounds are tent and car camping only – trust me, you do not want to drive a caravan or motorhome down this road (the downhill stretch just before Magpie Flat is particularly grueling).

We stayed at Magpie Flat and absolutely LOVED it there. There aren’t too many sites (maybe 10?), but they’ve all got fire pits and plenty of room for tents and vehicles. There’s a long drop toilet as well. The Blue Waterholes campground has a similar setup/size. 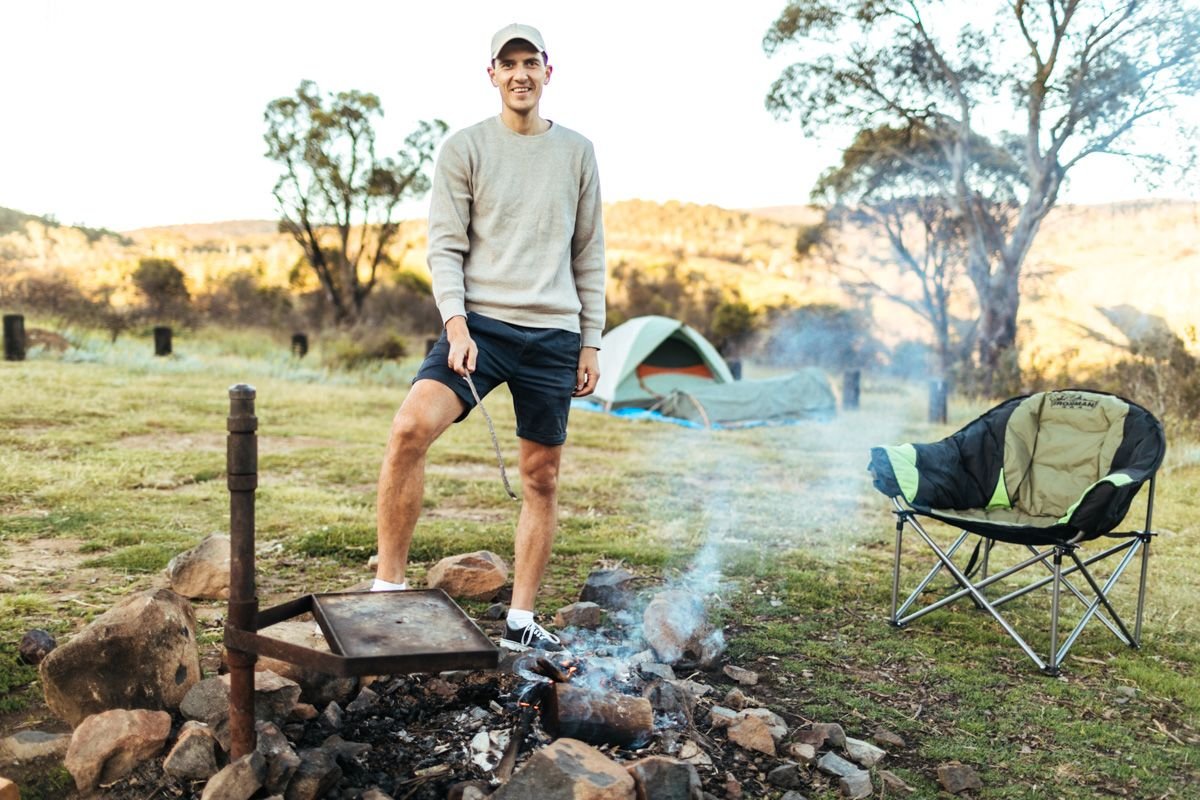 And if all three of those are booked out, there are several other campgrounds along Long Plain Road, closer to the highway but further from the Blue Waterholes… which might be more convenient if you also plan on visiting Yarrangobilly on your Blue Waterholes trip, but more of a pain in the arse if all you want to do is spend a weekend at the Blue Waterholes and have to keep driving back and forth down the dirt road. 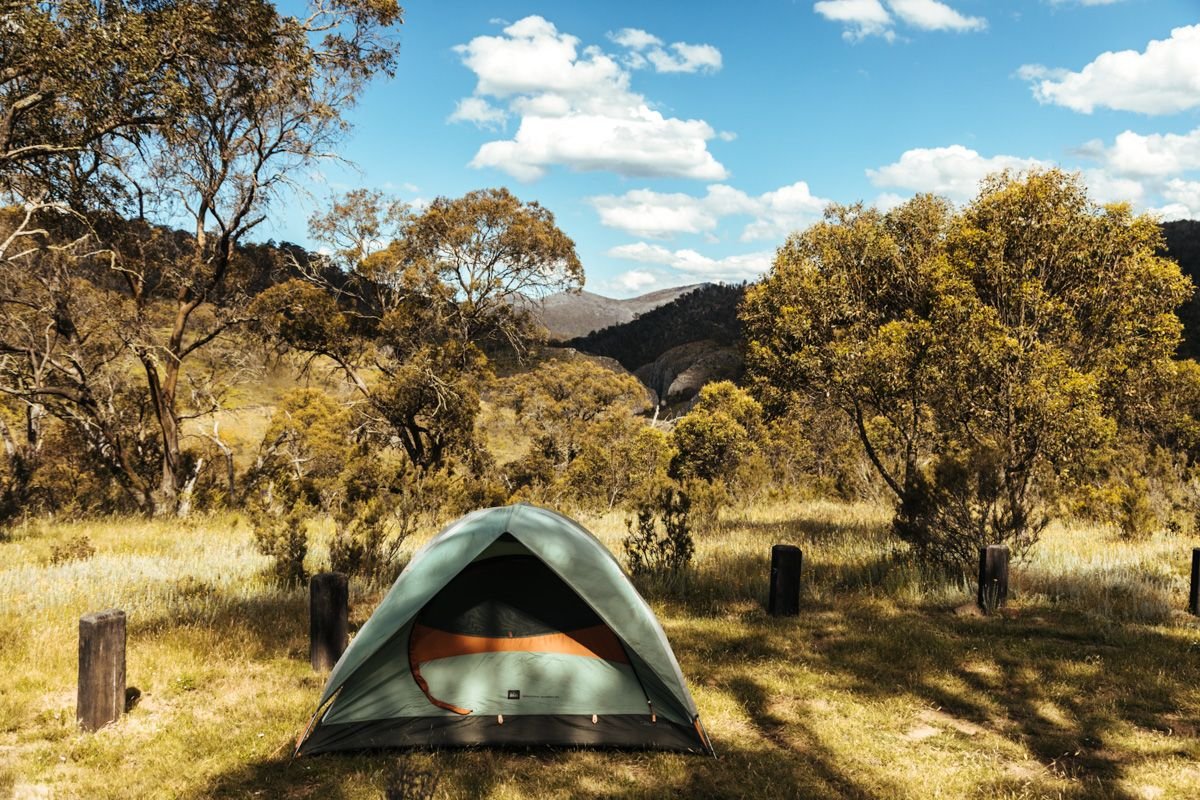 Oh and did I mention that the campsites are all FREE? (save for a $6 booking fee; you used to be able to just show up without booking, but these days you do have to book in advance due to COVID).

Though we didn’t encounter any, brumbies (wild horses) are known to frequent Blue Waterholes campground and surrounds. I didn’t spot any while we were there; instead, I witnessed kangaroos banging right next to my tent (and my lords, the sounds they made might have been more disturbing than the visual itself!). 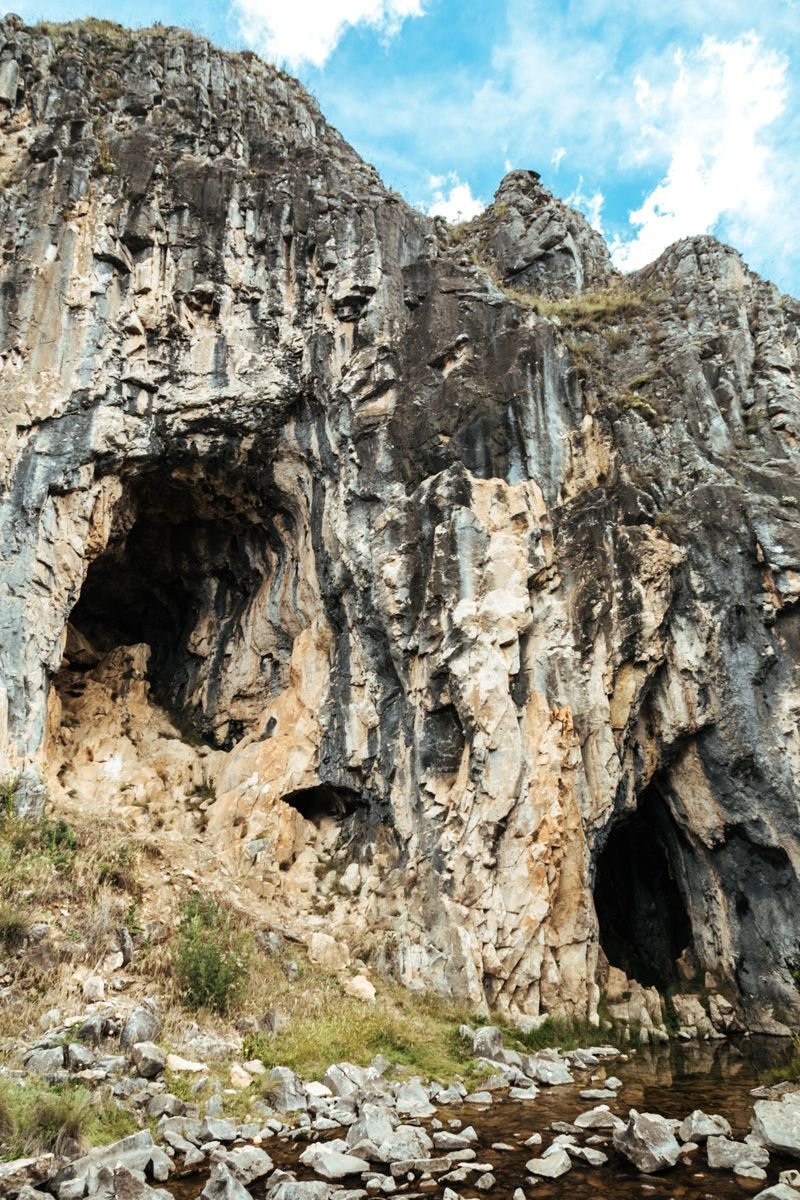 Aaaaaanyway, the Blue Waterholes are really just a spot in the creek where you can swim; they aren’t THE thing to do here. Nope, the reason you come here is to do a couple of gorge hikes (one of which actually has nicer places to swim along the way). Starting from the Blue Waterholes, you just follow the creek in either direction and you’ll be on one of the two walking tracks: Clarke Gorge to the left, and Nichols Gorge to the right.

I’d allot a half day to each hike, and maybe do them on two separate days to spread it out. You can do them both on the same day if you’re short on time or good weather, though.

Disclaimer: If you hike near the Blue Waterholes during summer, expect to see snakes (this is Australia, after all). We saw one on both of the hikes, which we did in December.

The Clarke Gorge walking track is one of the BEST hikes I’ve done in Australia. I was the epitome of the heart-eyed emoji the entire time, that’s how blown away by it I was.

What’s so great about it, you ask? I mean… picture a creek flowing through a stunning gorge. What more could you want? 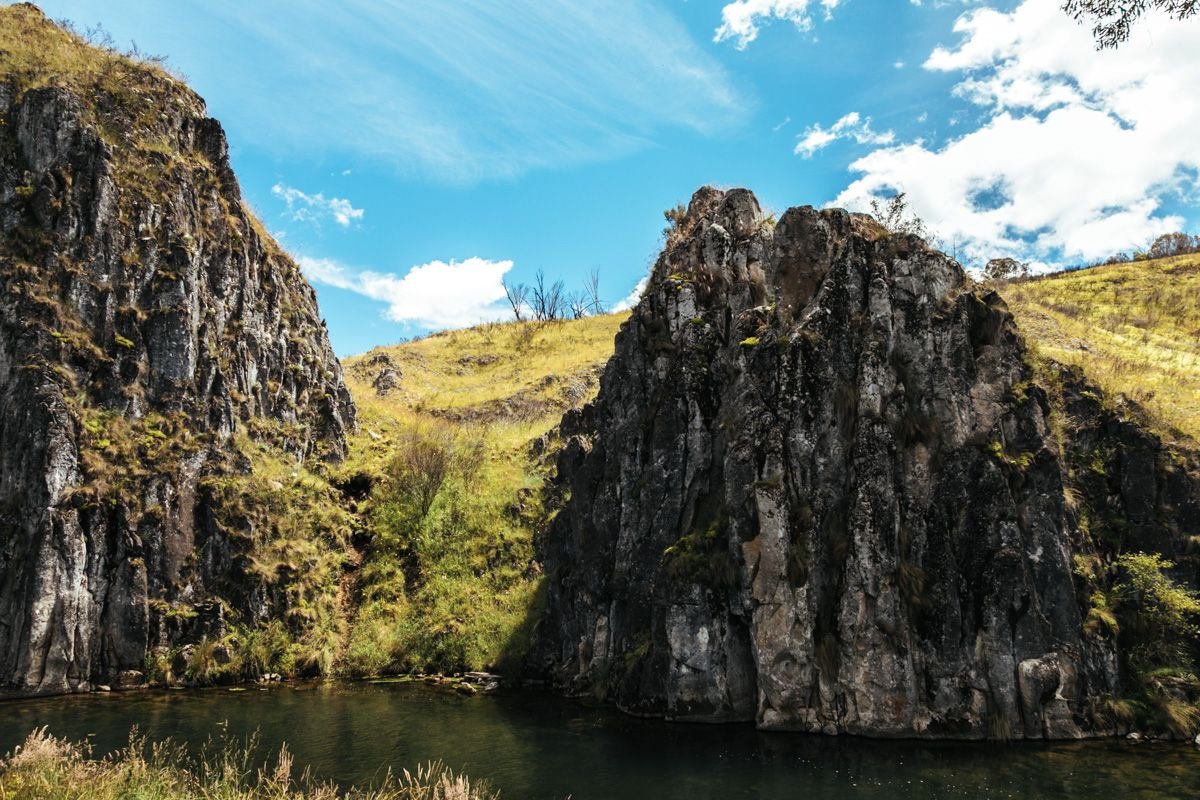 With every corner we turned, I found myself gasping in wonder. HOW DOES THIS EXIST? AND HOW COME NOBODY KNOWS ABOUT IT?!

I don’t know, but what an adventure it was. 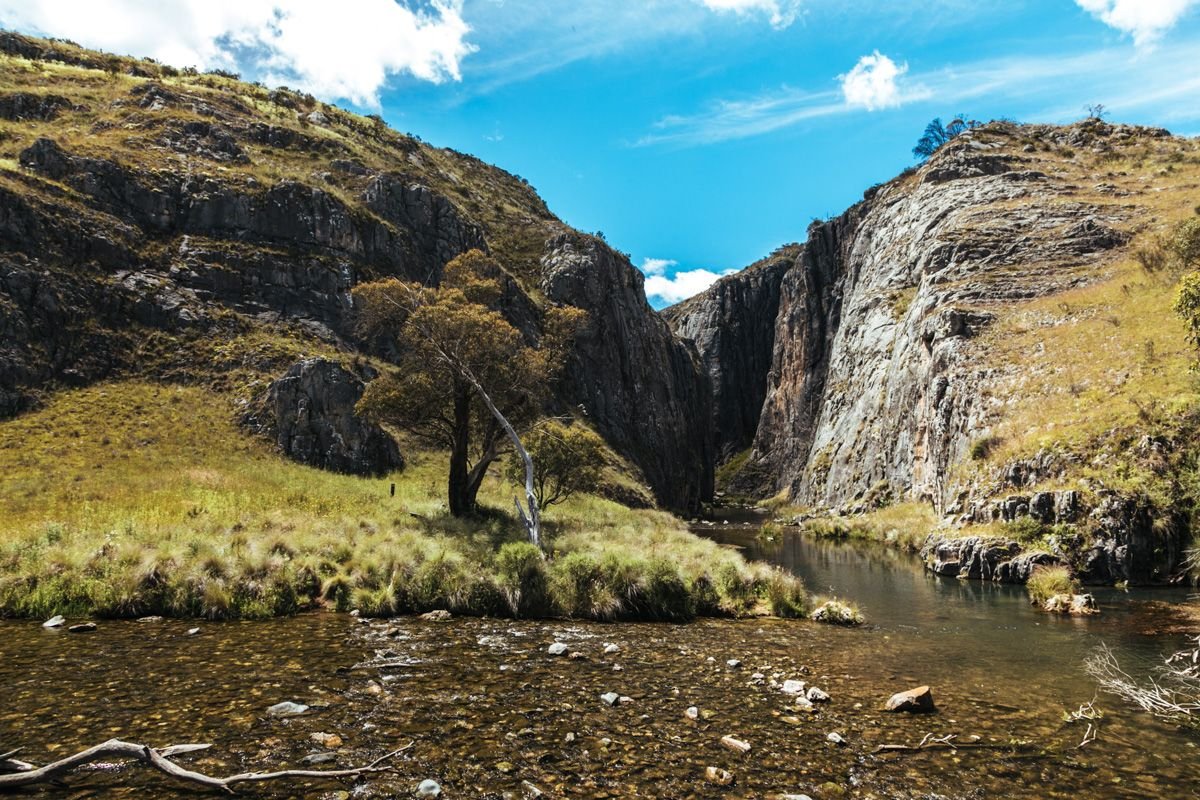 There are 8 creek crossings to complete each way on the Clarke Gorge walking track (thankfully none went up higher than my knees). I was VERY thankful for my hiking poles, which helped me keep my balance while walking over slippery rocks. There aren’t any rapids in the creek, so you’ll be wading through relatively calm water.

I started the hike wearing boots, but quickly swapped to my flip flops because they were easier to take off and put back on at every creek crossing. There’s only one part of the trail where you really need to be wearing proper shoes/boots (between crossing 4 and 5, where you’re walking on rocky ledges rather than a path). The rest of the Clarke Gorge walking track is fine to do wearing flip flops.

In retrospect, my water-friendly Tropicfeel Canyon shoes would have been perfect for this hike! 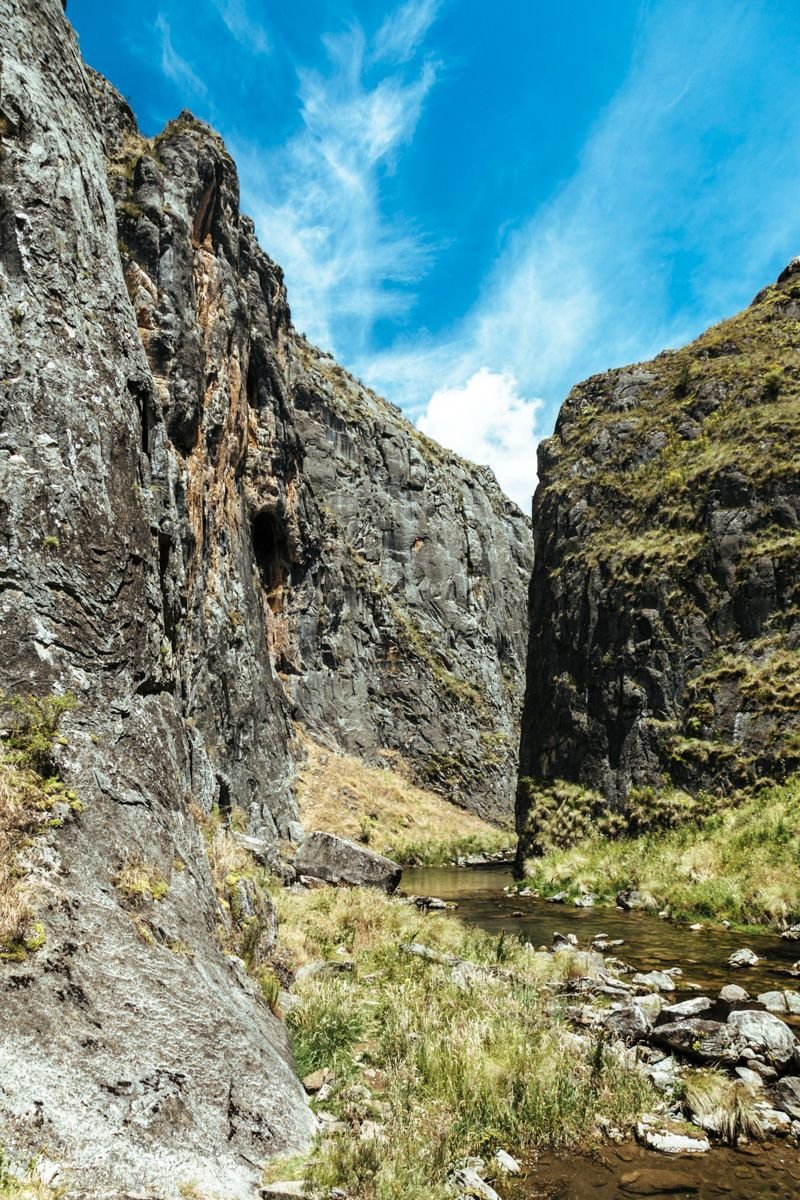 Without stopping, the Clarke Gorge walking track will take about an hour each way if you go all the way to the waterfall. Realistically, I’d allot at least 3 hours for the hike so you have plenty of time to ooh and ahh over it. Also, you might want some time to swim and/or picnic at the waterfall at the end. JUST. SAYING. 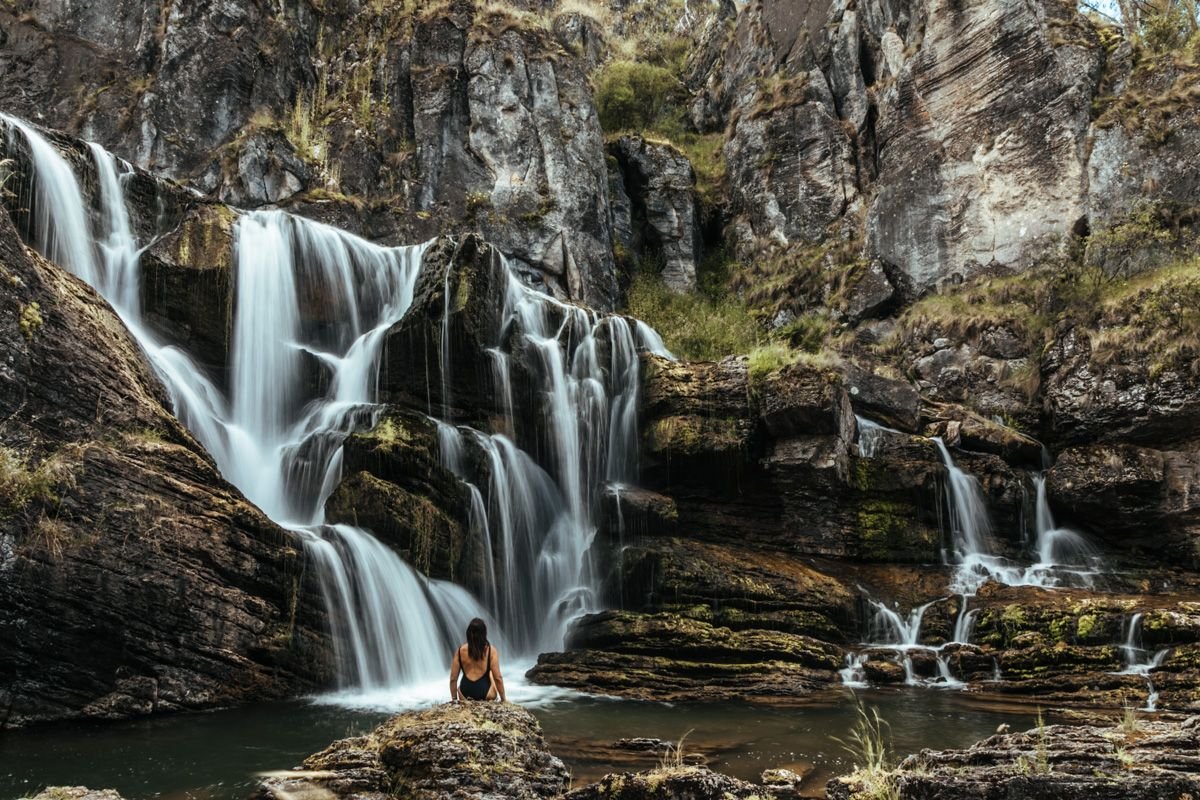 According to NSW NPWS, the Clarke Gorge walking track is 5km return and takes about 4 hours.

BE SURE TO BRING: Hiking poles, hiking shoes AND flip flops 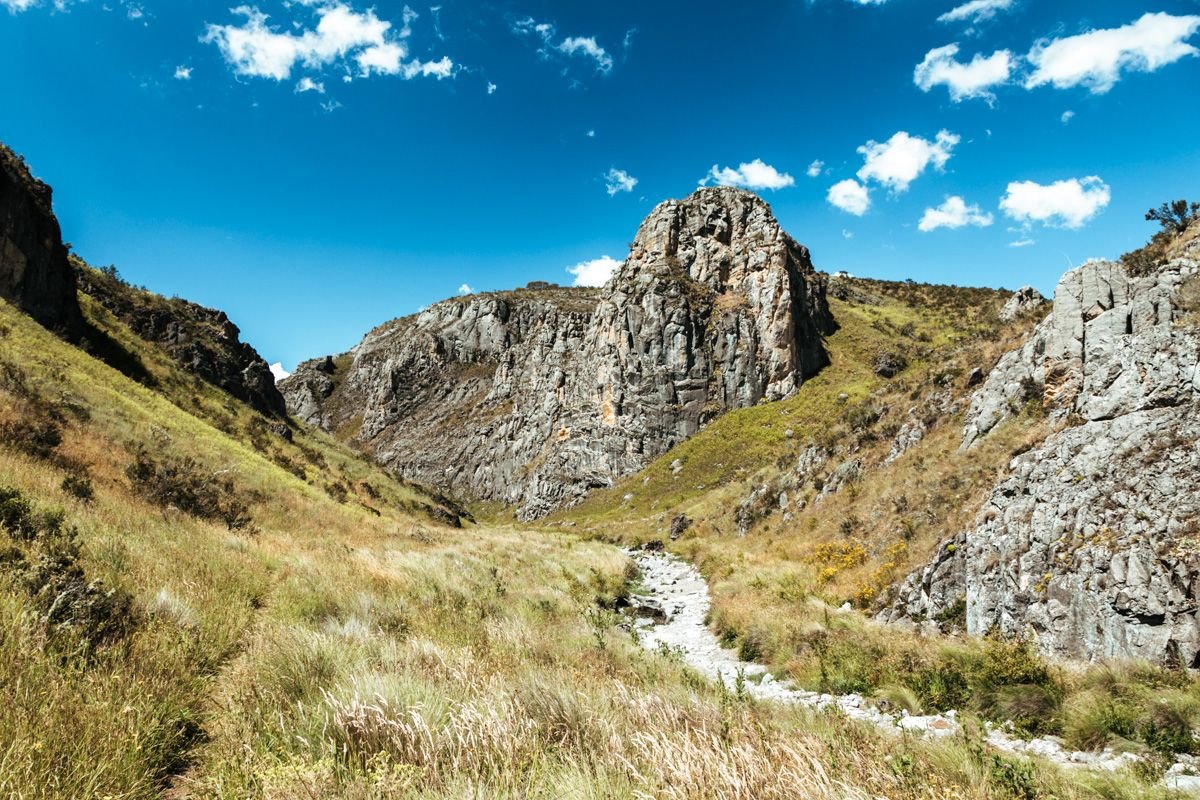 The main event here is the caving: there are two caves along the trail that you can go inside (the first is on the right side, the second is on the left side; they’re fairly obvious so you’re unlikely to miss ’em). The second one is particularly impressive: definitely go all the way to the end of it, where there’s a big cavern filled with water (it’s not a long trek in… no more than 10 minutes I’d say?). I found it super fun to explore what felt like a maze in the dark, but definitely skip it if you’re the slightest bit claustrophobic or nyctophobic.

Note that the caves both have lots of puddles inside, but you should be able to walk through them with dry feet (especially if you bring your hiking poles). 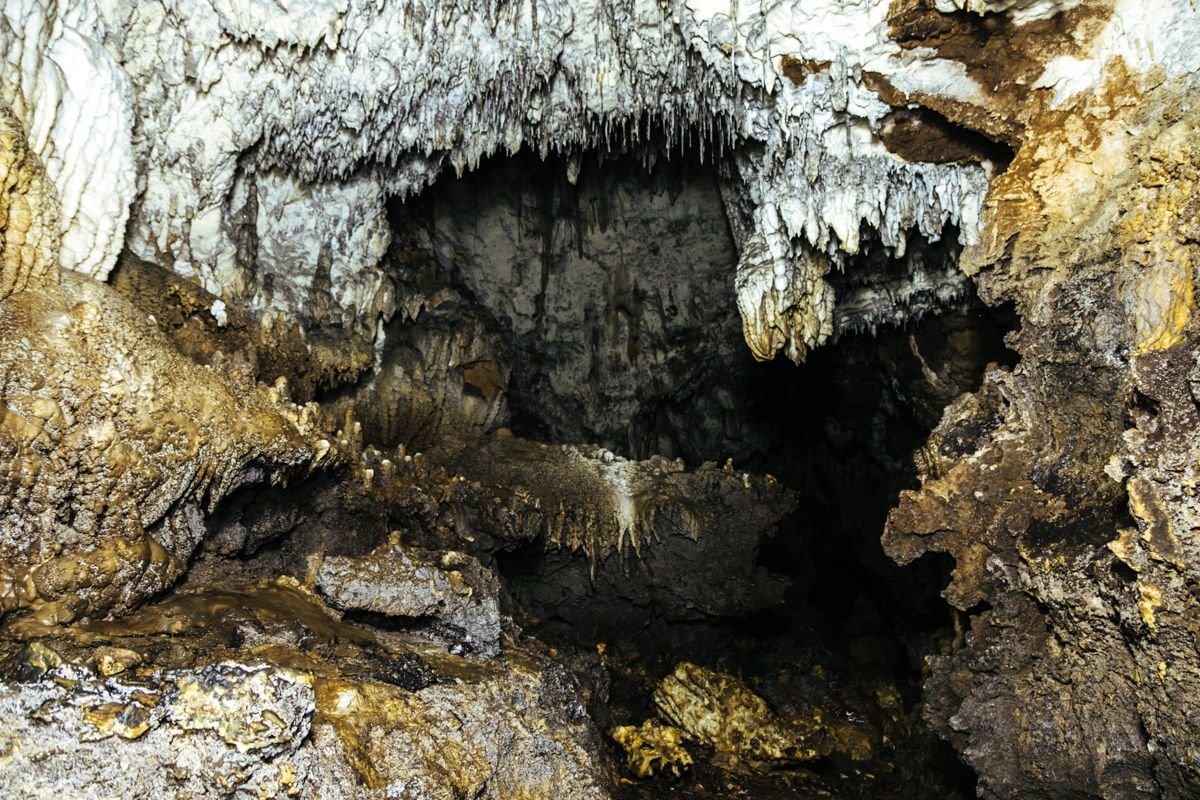 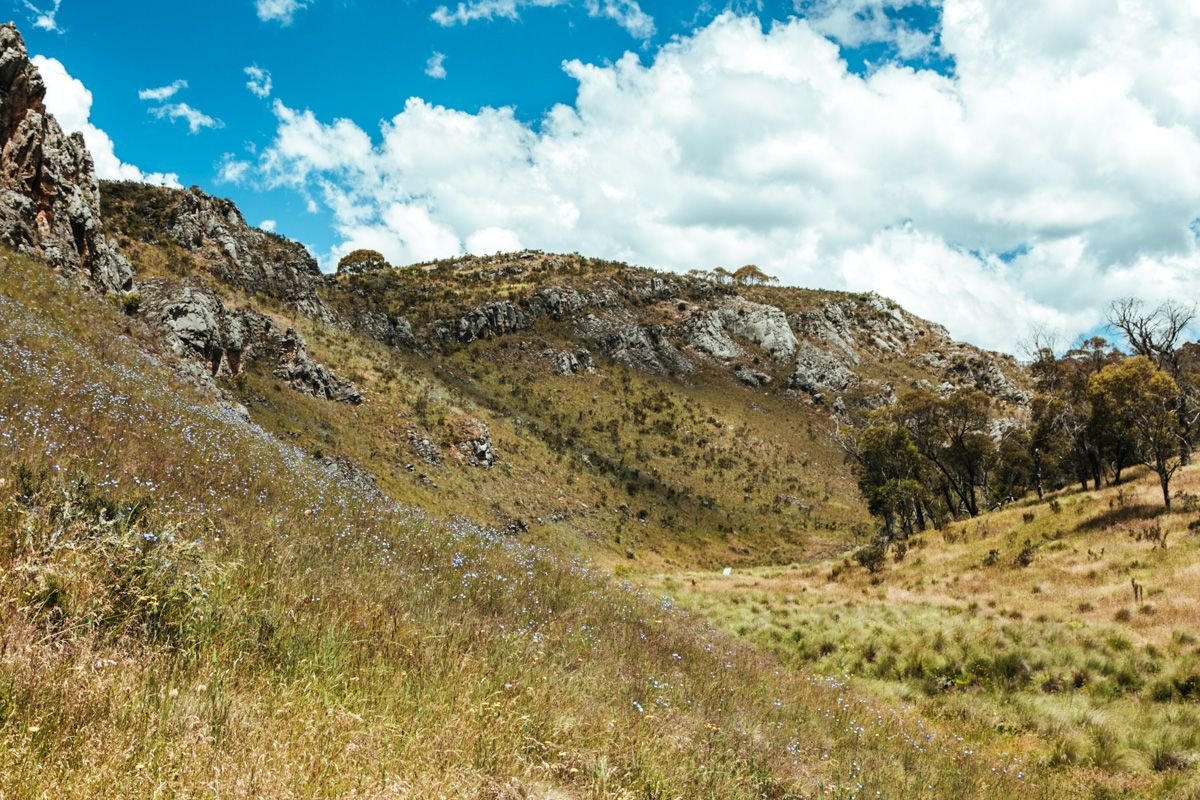 From the second cave, you can either follow the Clarke Gorge walking track up and out onto the hill above and loop back around to the starting point, or go back the same way you came. Hiking to the caves and back took us about 2.5 hours, including time spent inside each cave (note that we did not do the whole loop).

According to NSW NPWS, the Nichols Gorge walking track is a 7km loop and takes 4-6 hours to complete.

BE SURE TO BRING: Head torch and flashlight (you MUST have at least 2 light sources with you when exploring the caves!) 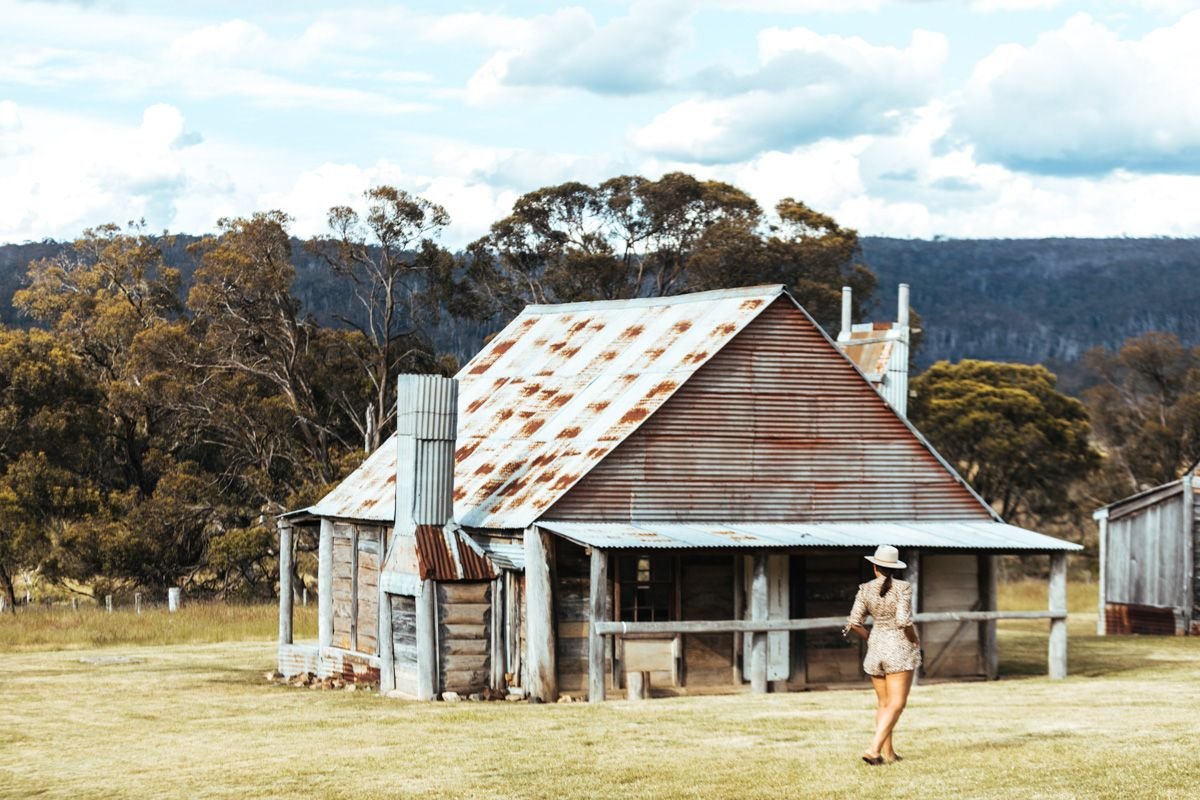 For something a little less active, venture up to the Coolamine Homestead and have a wander around some cool-looking buildings from the late 1800’s. Feel free to go inside of them, too: the main residence has ancient newspapers plastered on its walls (the old advertisements are HILARIOUS-ly terrible).

If you want to snap some cool photos around the grounds, I recommend visiting during golden hour (or the last couple hours before sunset) – the late day light will make the buildings look all glowy! Plus, there’s a very good chance you’ll be photo bombed by a kangaroo ;) 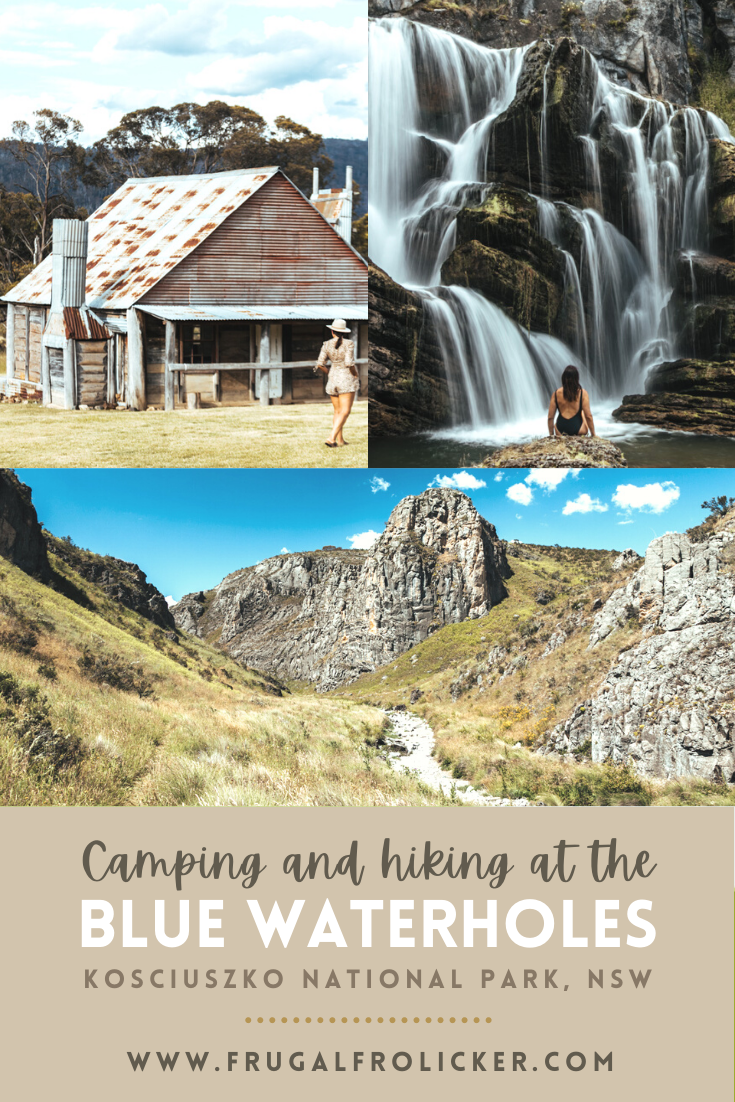 Tags: AustraliacampinghikingKosciuszko National ParkNSW
Previous ArticleWhat I Wish I Knew Before Moving From USA To Australia
Next Article The Best Spots For Hiking & Camping in Kosciusko National Park in Summer