By on Canada North America USA

This Amtrak Adirondack blog post was last updated in June 2020.

When you’ve already BOLTed by bus to Boston and DC, done day hikes in the Hudson River Valley, and made the trek out to the Hamptons, where else can a New Yorker escape to for a (long) weekend?

The Amtrak Adirondack Train to Montreal

It might seem so far away, being in another country and all, but Montreal is surprisingly close to New York. At a mere distance of 370 miles, it’s totally doable as a weekend getaway from NYC. You have 3 options for traveling from New York to Montreal:

As usual, I proudly fell into the latter category. With two weeks to kill before starting a new job and aiming to not further deplete my savings, I wanted to take an affordable trip to Montreal at the last minute. 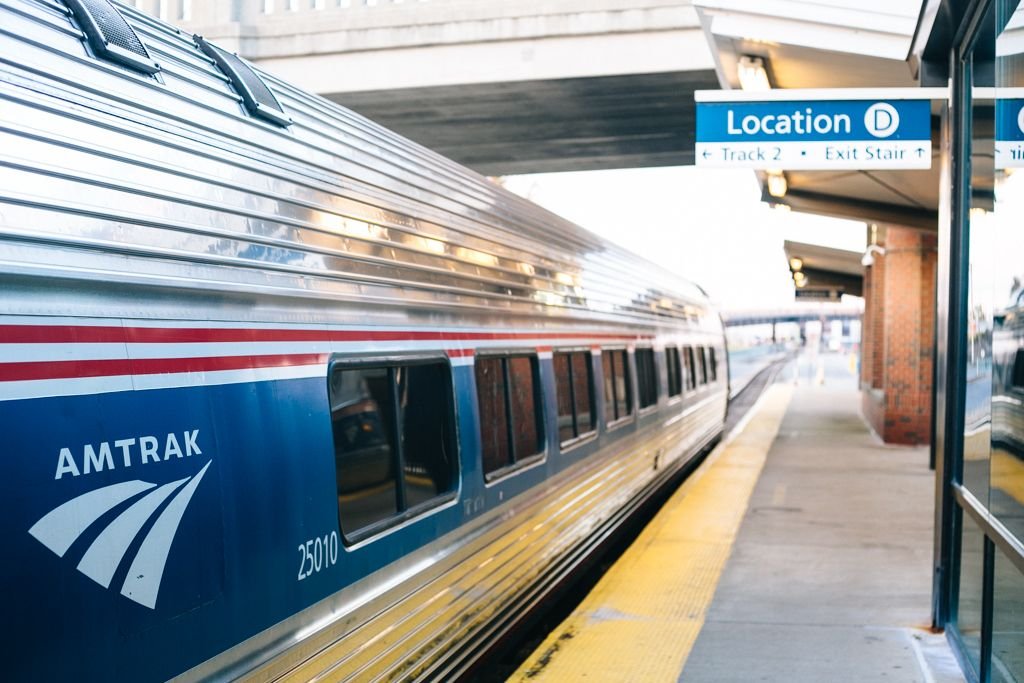 Aside from the lofty claim of it being one of the most scenic rides in America, there is little information out there about what this Adirondack Amtrak train ride is actually like. Is it REALLY 11 hours long? Will I get a stamp to add to my passport? What’s the outlet situation like? You know, essential pieces of information for any frugal frolicker.

Well, allow me to give you the nitty gritty on the Amtrak Adirondack Train to Montreal! 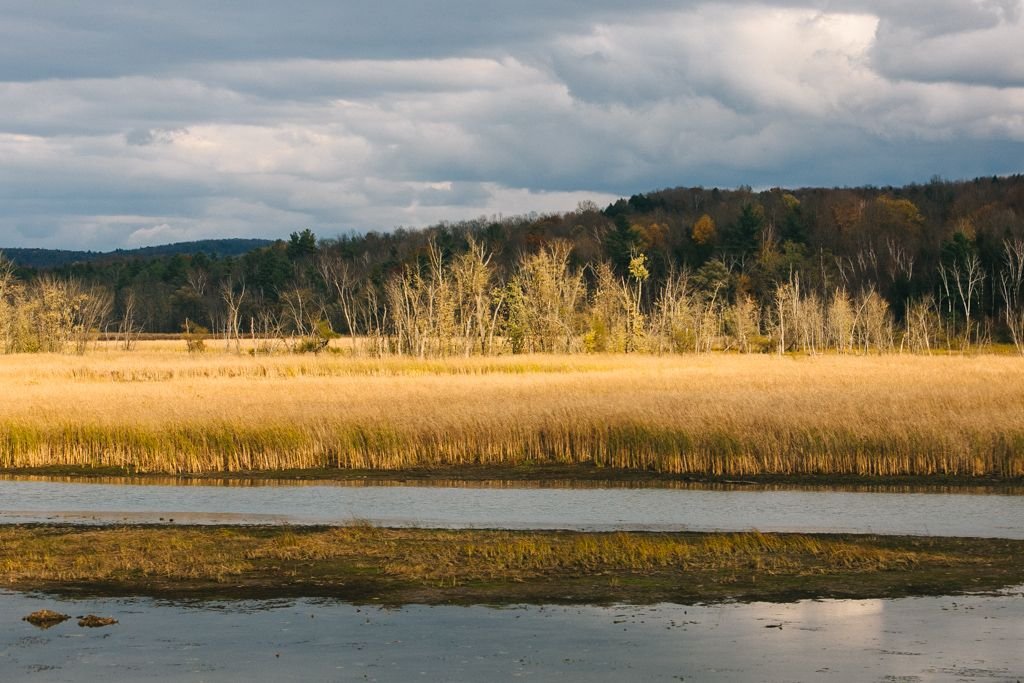 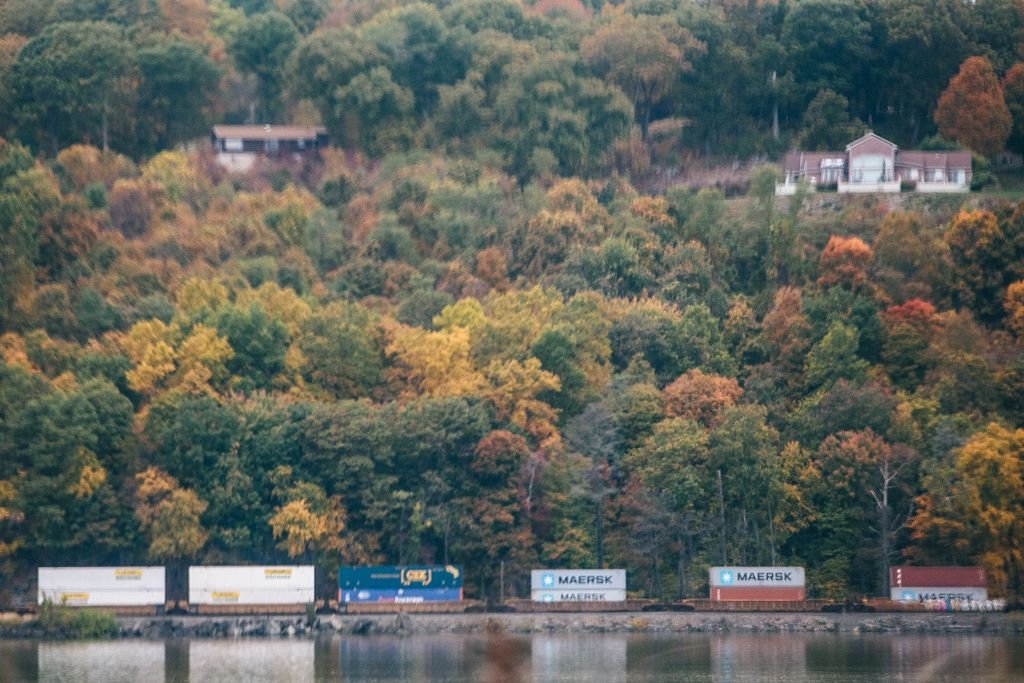 Things to Know About the Amtrak Adirondack Train to Montreal

It is very comfortable.

I was pleasantly surprised at how spacious the cars are. Each seat has generous legroom – at least as much as you get when sitting in the exit row of a plane. What’s more, even the overhead bins are spacious! Plenty of room to stash even large suitcases. Note: It seems like only the last 2 cars have the spacious seating, which is where they seat passengers who are making the full trip (NYC to/from Montreal). The cars on the other side of the cafe car have less legroom.

The seats recline, as to be expected; but another nice perk is the pop-up leg rest. I loved being able to sit indian style or with my legs straight out, laptop on my lap. When you’re on the train for 11+ hours, it really goes make a huge difference in your comfort level being able to change positions throughout the ride. 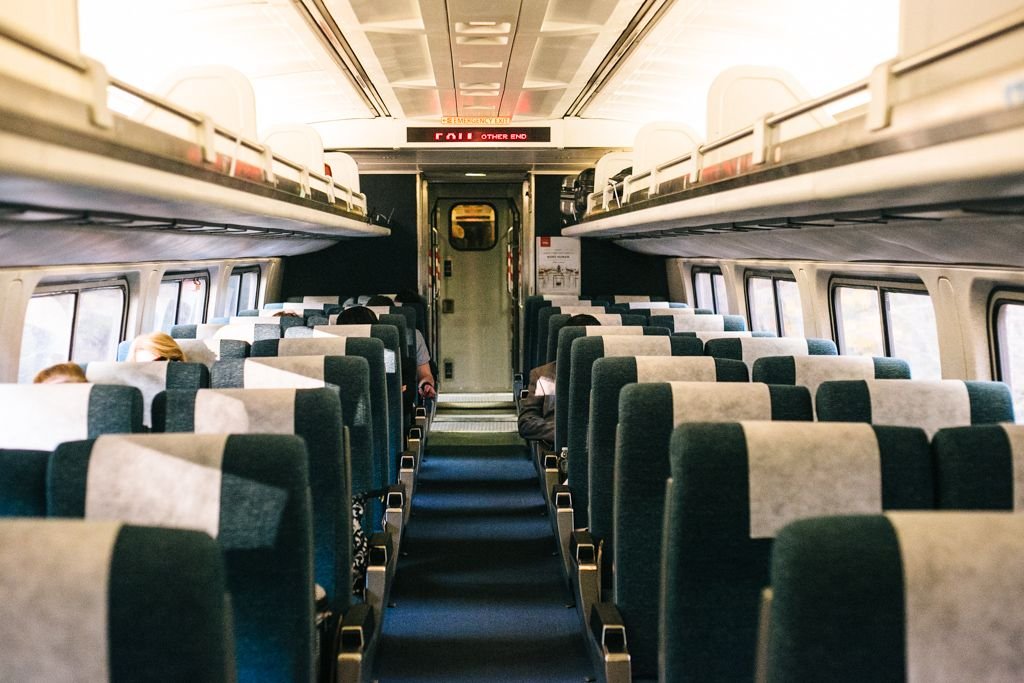 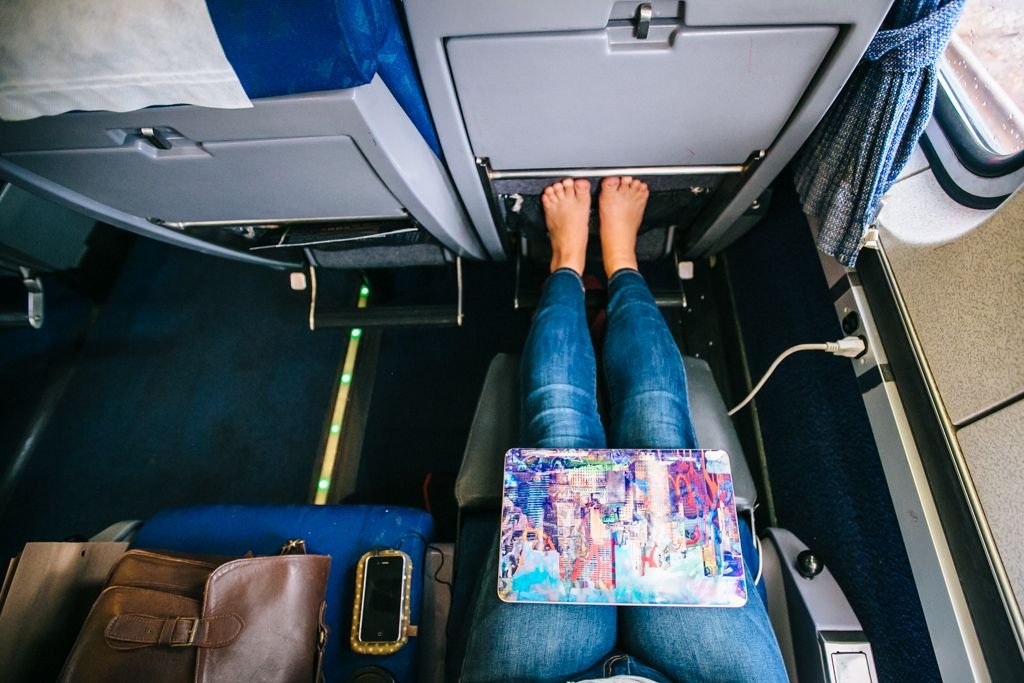 It is well-equipped for all your food and technology needs. 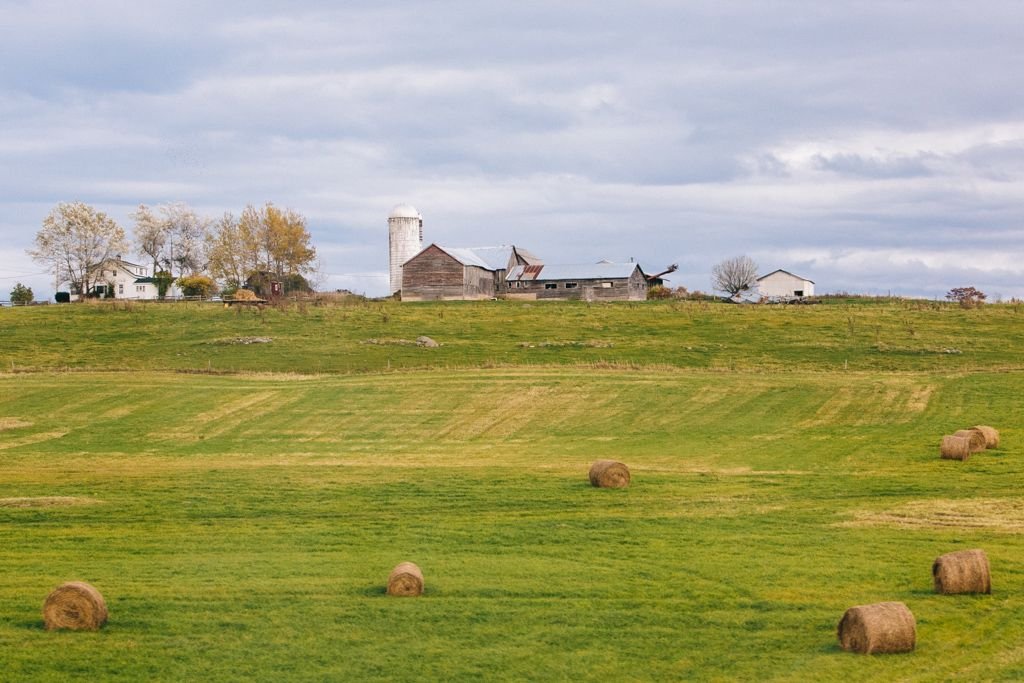 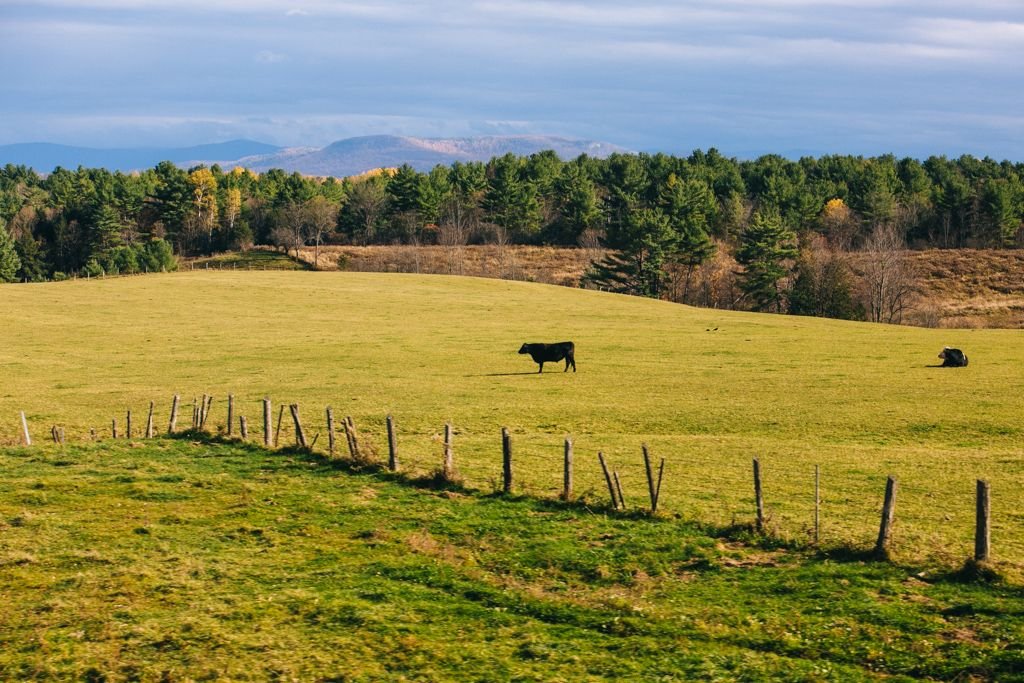 The ride through upstate New York is very scenic.

Is it one of the best train rides in North America? I don’t have much to compare it to, but yes, I’d say so! Between the Hudson River Valley and the lakes and farms north of Albany, the entire ride through New York state is picturesque.

I can’t imagine this route being any more beautiful than it is in October, when fall foliage paints a vibrant layer on top of an already-beautiful scene. In fact, Amtrak adds a dome car to the front of the train from Montreal to Albany on select days during October: with 2 levels of seating with massive windows, it’s perfect for maximum foliage enjoyment. 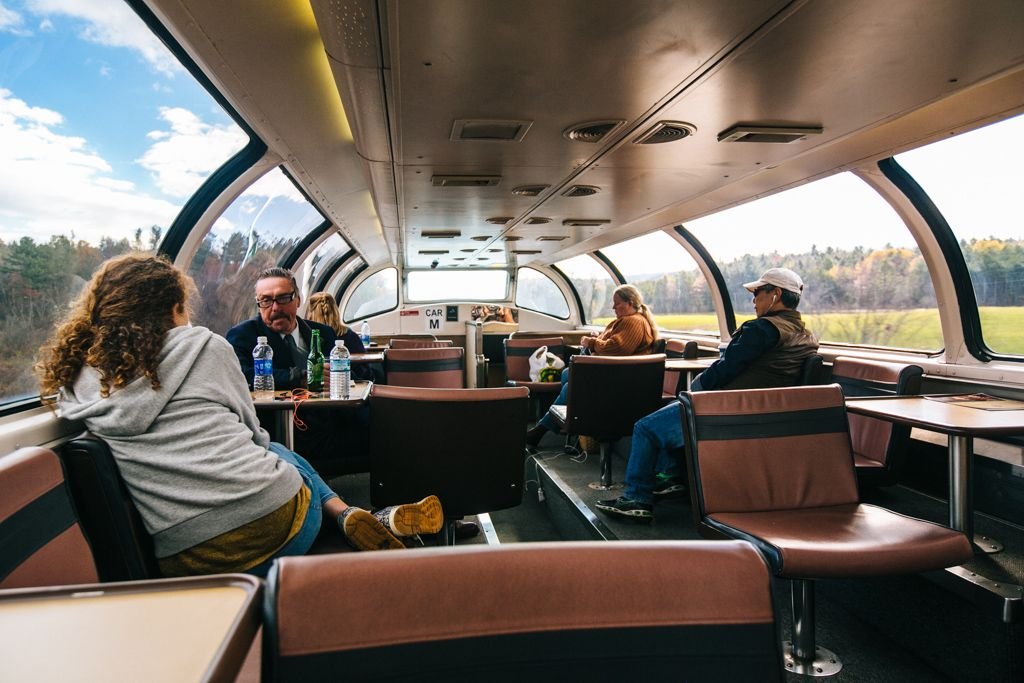 A few tips for photos: 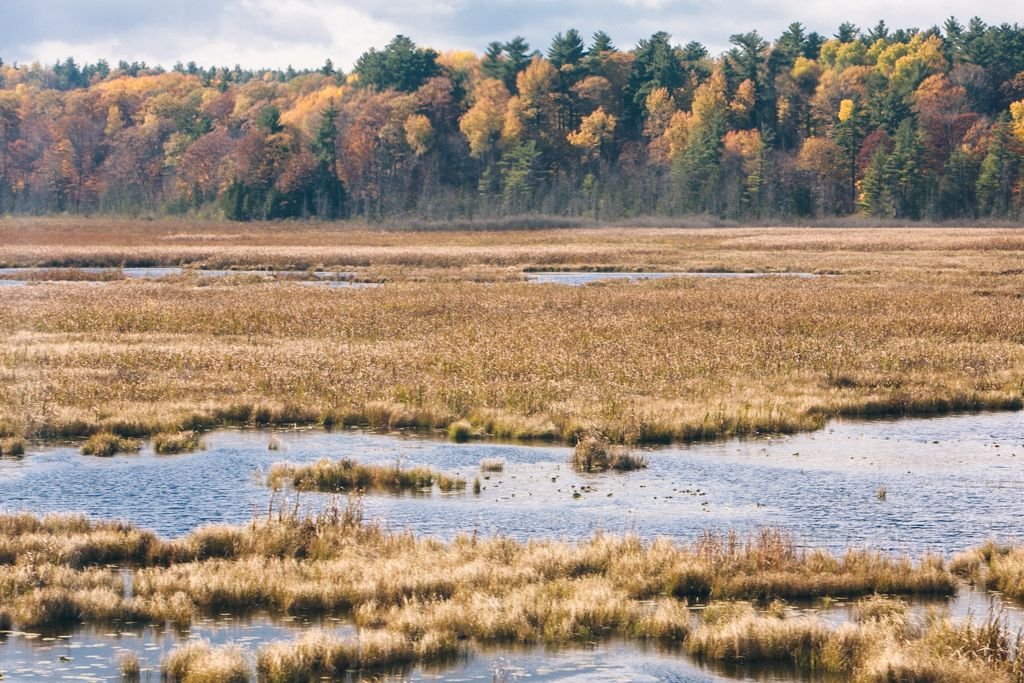 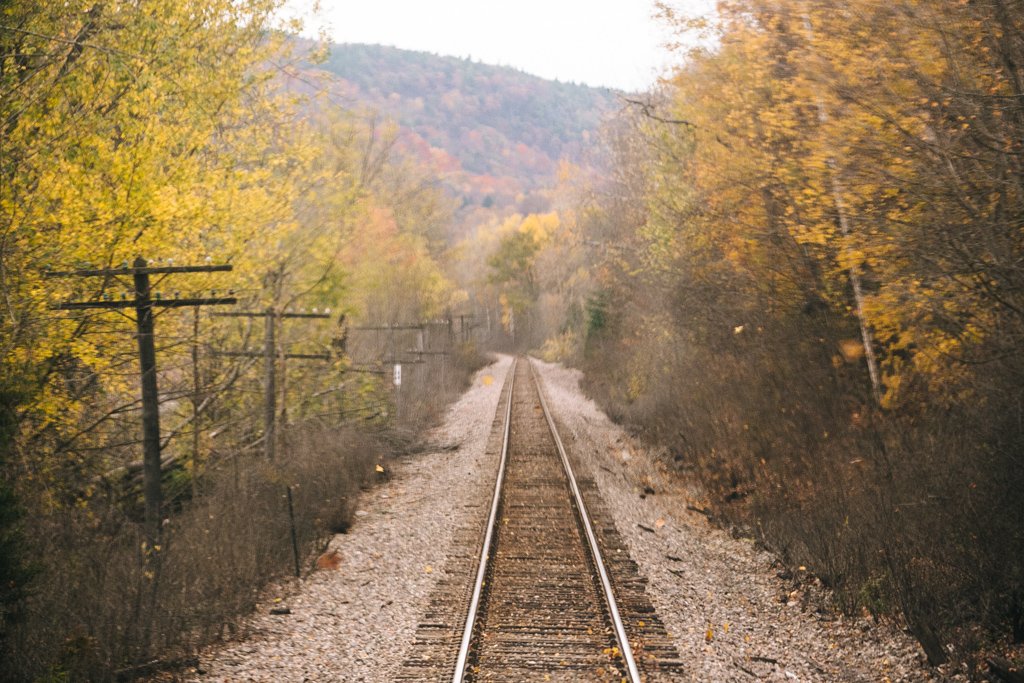 You will be questioned during border inspection.

It’s always a crapshoot when you pass through passport control at any airport; sometimes you’ll be asked a laundry list of personal questions (*cough* UK *cough), other times the officer won’t even say a word to you.

The border inspection on the Amtrak Adirondack train falls somewhere in-between. Expect to be asked several questions, such as where you’re from, what you do, where you’re going – why – and for how long, where you’re staying, and if you’re bringing any purchased goods into the country. Listen to the officer questioning others nearby and have your answers prepped for when it’s your turn.

I got my American passport stamped when crossing the border from the US into Canada, but I didn’t notice any foreigners getting their passports stamped when we crossed the border from Canada into the US. My limited google research told me not to expect a stamp, as they’re not always given out. 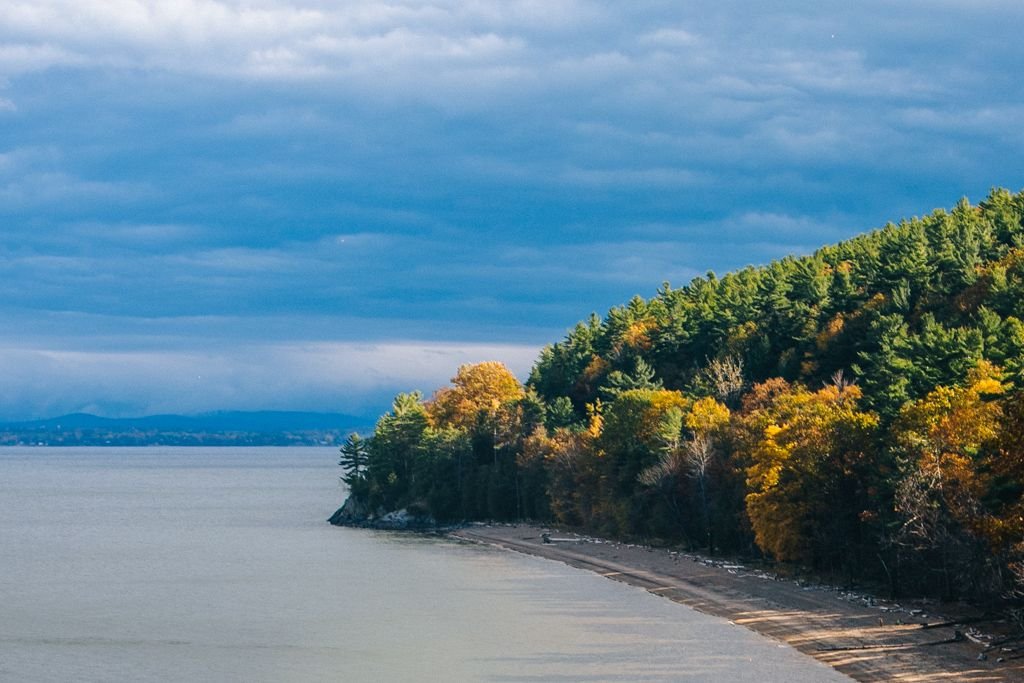 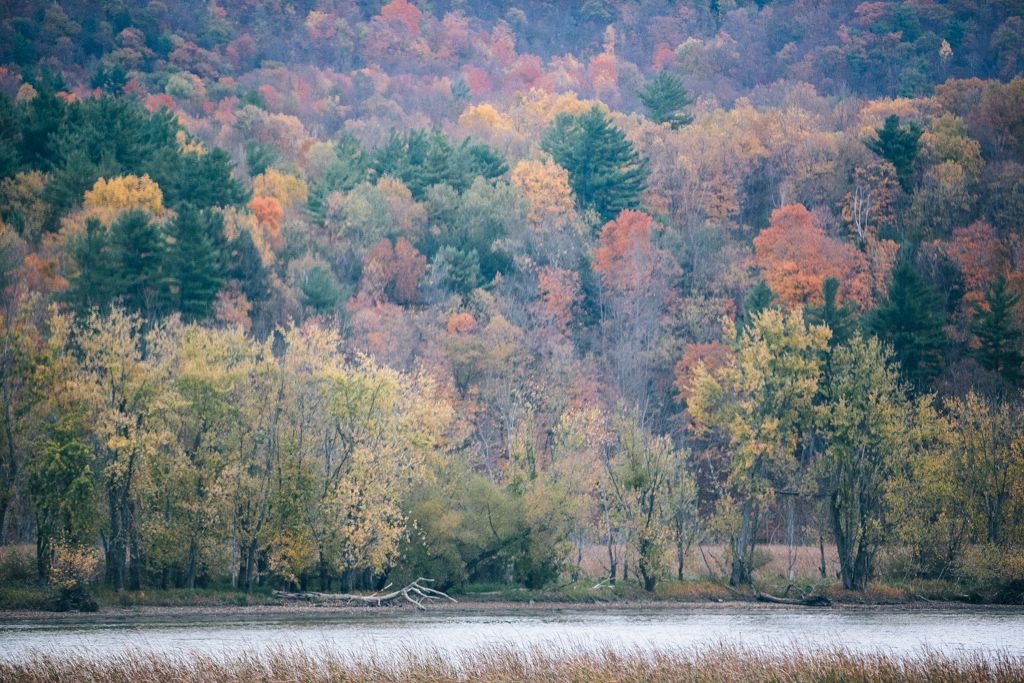 The ride is long.

Yes, it really does take 11 hours – and this includes the border inspection (someone told me Amtrak allots 1.5 of these hours for the border crossing).

On my Amtrak train to Montreal, we had to stop for an additional Exit Check just before the border inspection, where a bunch of officers walk through the entire train a few times, checking various things. This is only done once every couple months to a random train passing through. Go figure it had to happen on the train *I* was on!

Here’s the breakdown of the approximate schedule you can expect on the Amtrak Adirondack Train: 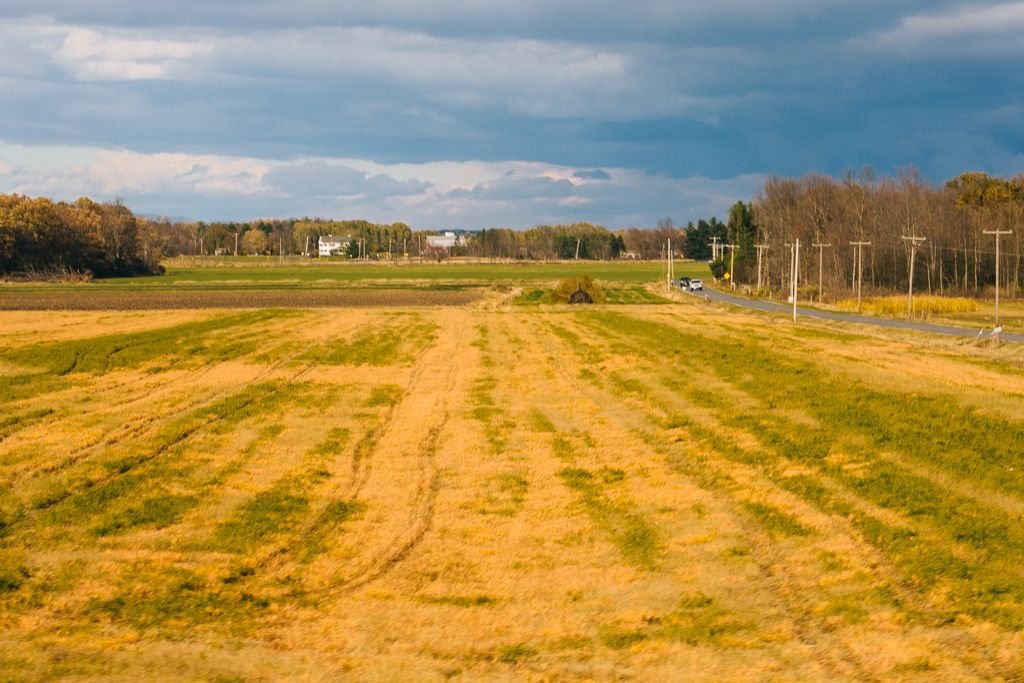 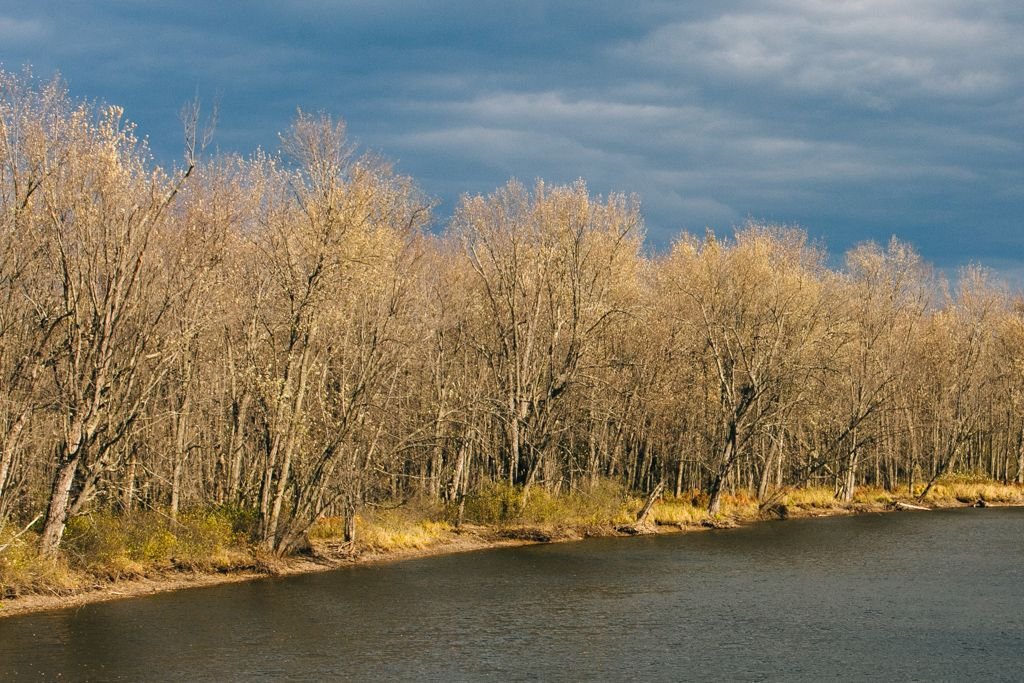 Heading to Montreal or New York?

If this article helped you, I’d greatly appreciate it if you’d consider making your trip purchases through the following affiliate links. Any profits I make through your purchases go directly into covering the ever-increasing cost of running this site at no extra cost to you! :)

Check out my other posts about Montreal: 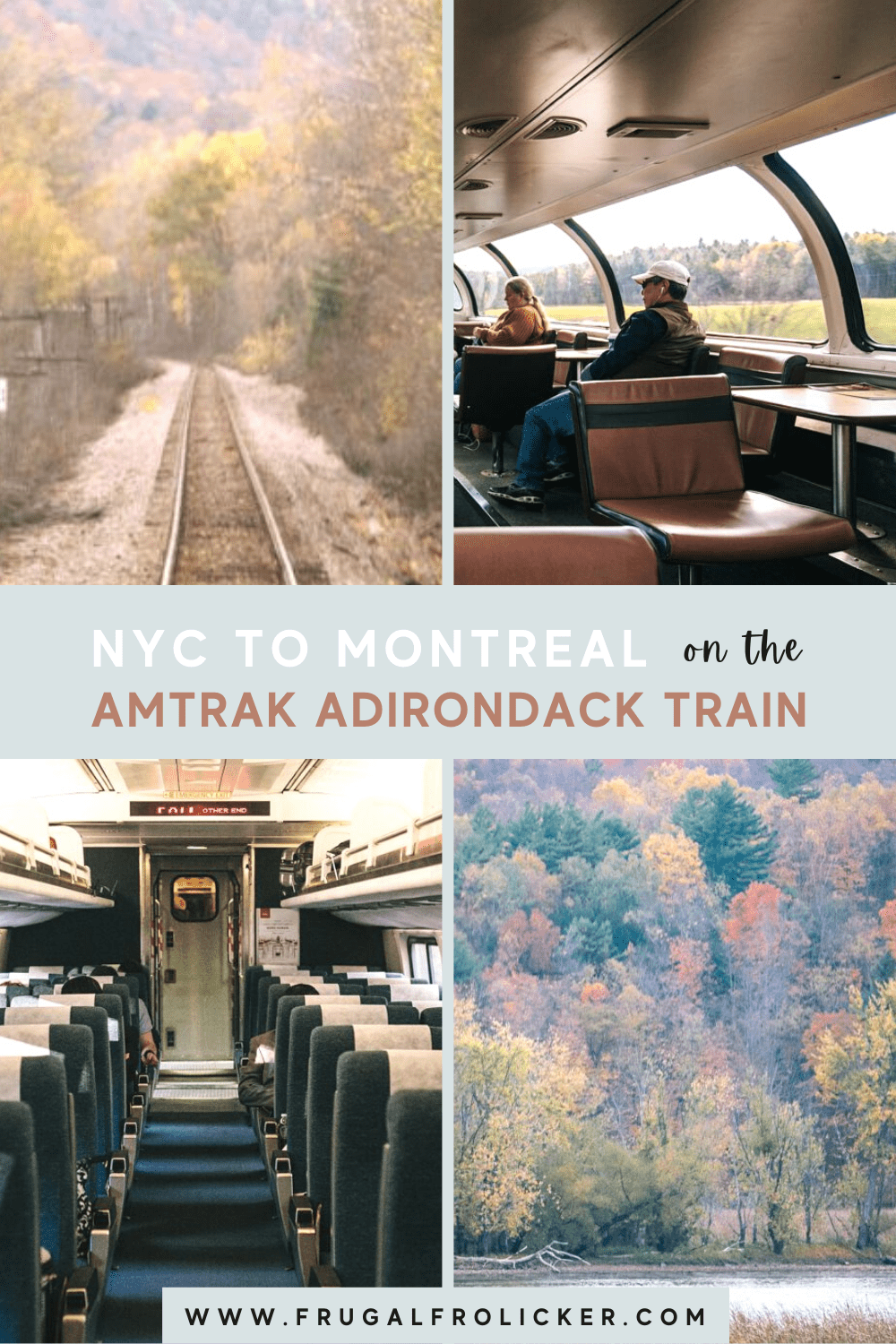 As of October 2013 —
A one-way ticket from New York to Montreal on the Amtrak Adirondack Train can be had for US$65. Be sure to book your tickets at least 2 days in advance – even earlier if you plan on traveling on a Friday or Sunday.