There wasn’t any deliberation process when I decided to respond to a post on the Melbourne Backpacker facebook group offering a place on a roadtrip and camping adventure to Wilsons Promontory. The dates were perfect (just after my last Airbnb stint ended and before I was planning on moving back to Sydney), and I’d been dying to explore this park for months (nay, years) but it’s damn near impossible to do without a car. So I chose not to think about the details and possible reasons why this may not be the best trip for me to jump onto and gave in to the impulse. Before I knew it, I was cycling down to St. Kilda to meet my future roadtrip crew. 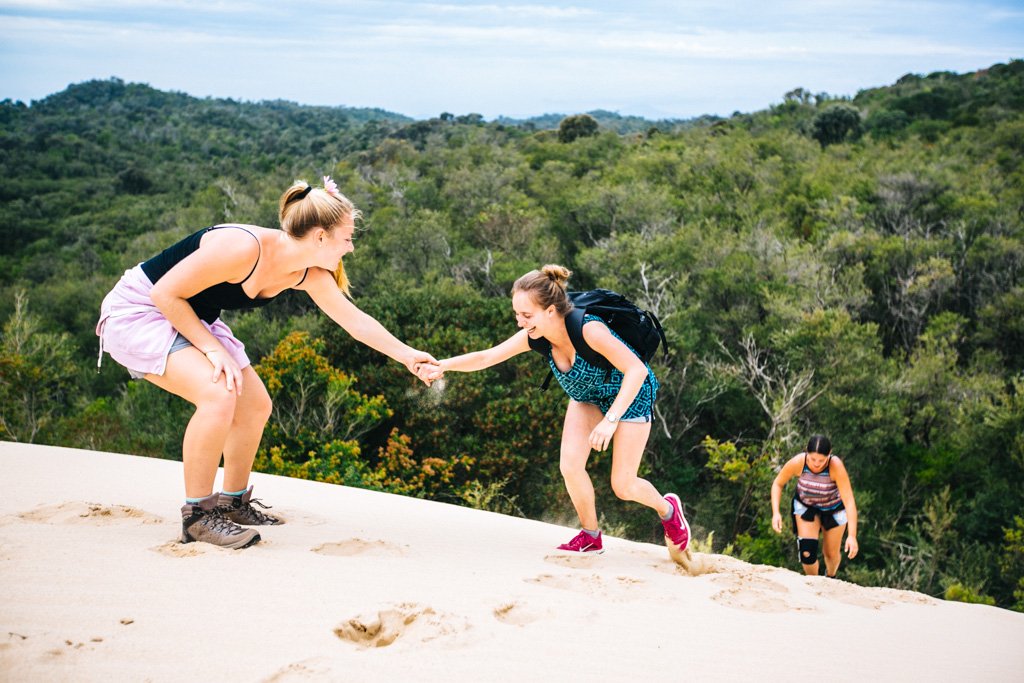 Now, the Melbourne Backpacker facebook group is not exactly my tribe. It’s comprised primarily of very young foreigners on the working holiday visa who generally post about the following topics:

There are similar groups for most major Australian cities with the same sort of membership and content. I think they can be a great resource for young backpackers in Australia, but quite frankly I probably shouldn’t have joined. Though I am (well, was) a working holidaymaker and did the whole work exchange and casual job thing last year, I identify more with the *Young Professional* rather than *Young Backpacker* crew Down Under (I mean, duh – I’m in my 30’s after all). But I stayed in the group just in case something cool slash unobnoxious ever popped up – like this trip to The Prom. 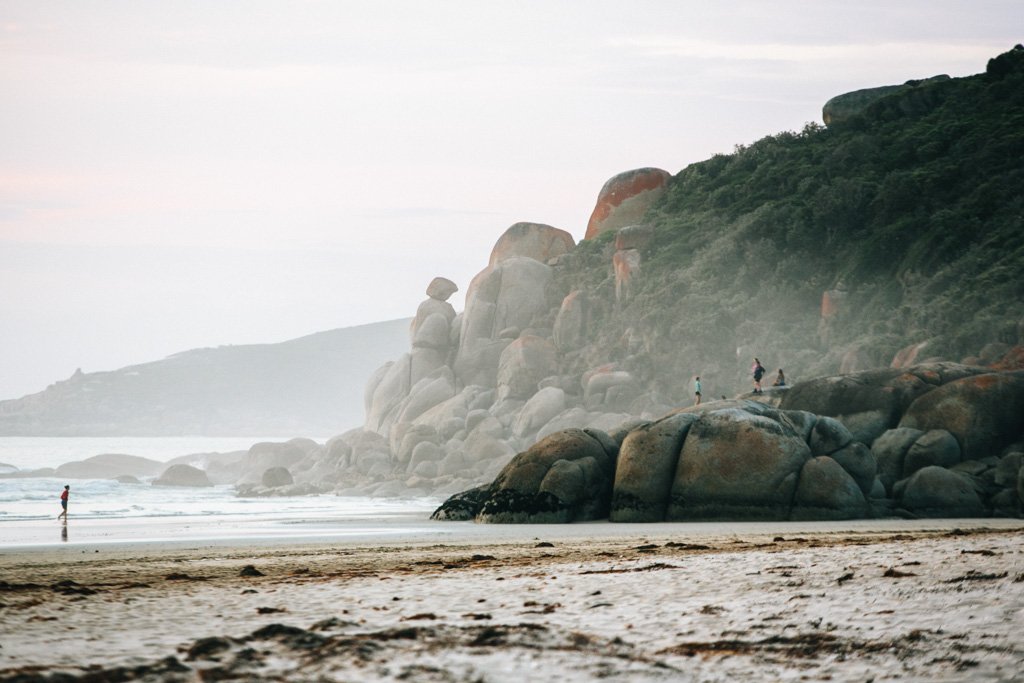 I rocked up to the girls’ house in Balaclava (a neighboring suburb of St. Kilda), passed a deflated inflatable pool in their driveway, and announced myself to the one out of 8 accented flatmates who happened to be outside at the time. He went to fetch the roadtrip ringleader, a lovely German girl who I ended up chatting and exchanging contact info with so we could talk trip details over the coming week.

There may have been a few red flags in the days leading up to our departure. The girls sent me a proposed shopping list that included bread, mayonnaise, sugar, juice, and little else of nutritional value and offered to do all the shopping that we’d just split 4-ways. Not wanting to be a priss, I said sure fine whatevs and offered to bring my cooker and various utensils. The French girls were adamant about taking insurance on the rental car, even when I assured them that if I paid for the car with my Chase Sapphire card it would fully cover me and any registered drivers on the vehicle should any incidents occur. So I acquiesced and threw some extra cash needlessly into the air for insurance they didn’t know we didn’t need. 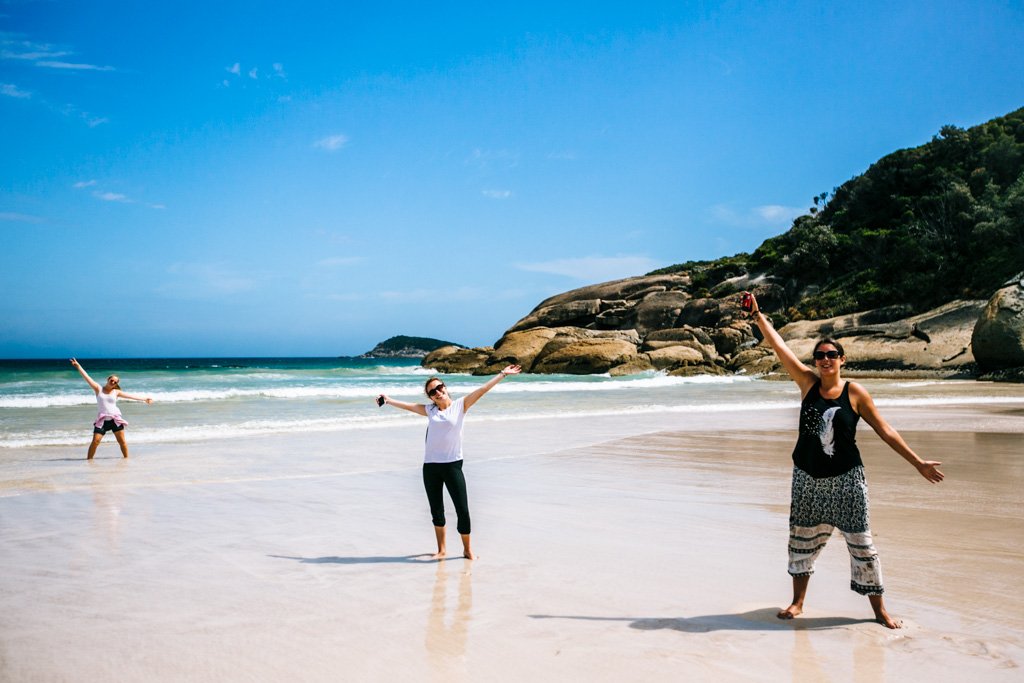 I’d done some research on Wilsons Promontory because I’d been planning on tackling it solo by public transport a couple weeks prior, so I knew that there was no free camping within the park. You can either pay to camp at one of the two campgrounds, or purchase an overnight hiking permit which allows you to bushcamp in the southern section of the park. I’d tried to explain this to my roadtrip cronies, but they still insisted on scouring Wikicamps (the app that shows free campsites around Australia). They were also skeptical when the staff at the visitors center confirmed our options and didn’t want to commit to staying both nights at the campground in case something else (free) popped up.

I held my tongue and let them deliberate, just like I did when they dictated the plan for each day. I had to constantly remind myself that this was their trip, and I was grateful they let me join them. Sometimes I’d gently make a suggestion, but I never pressed it further when they wanted to do what I deemed a ‘stupid hike’ or have us all wake up at 7:00 every morning even though we never left the campsite before 9am. 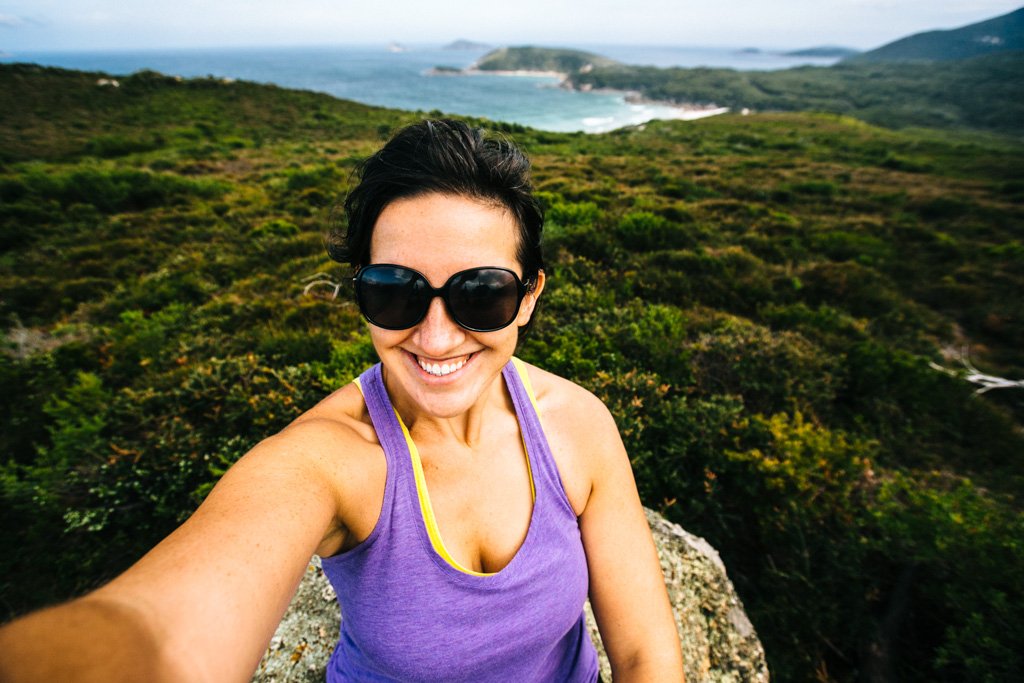 In 3 days, we did just about every day hike available in Wilsons Promontory and I logged 12 miles per day on foot. Our fast-paced, heavily-packed days were a far cry from my slow travel style – I’d have preferred more down time to enjoy the beaches, more coastal walks over forest tracks, and less hikes overall. But on the upside, at least we got to see everything I’d wanted to see (because, well, we saw damned near everything). And these girls had plenty of energy for all of our adventures, which I appreciated as I’m usually the one who’s like GUYS LET’S DO ALL OF THE THINGS (just… at a slower pace).

But oh lord, I don’t think I’ve ever eaten this poorly in my adult life. They prescribe to the super-duper-budget backpacker recipe of buying the cheapest of everything possible, which basically meant we ate ham and cheese sandwiches for lunch and dinner every day, and some other bread variation for breakfast (butter and marmalade on bread for them, peanut butter on bread for me). And we’re talking the shitty store-brand white bread that has literally all nutrients stripped from it and probably costs $1, processed sliced ham, and individually wrapped sliced cheese that looked extremely rubbery (I couldn’t even bring myself to eat it – thank god I had some leftover cheese of my own that I packed). Y’all know I’m pretty damn frugal, but even in my darkest days of unemployment when I should have been living off ramen noodles, I never like to skimp on my health. I’m willing to pay a little more for food that nourishes me, but sometimes I forget than not everyone is on that same wavelength. 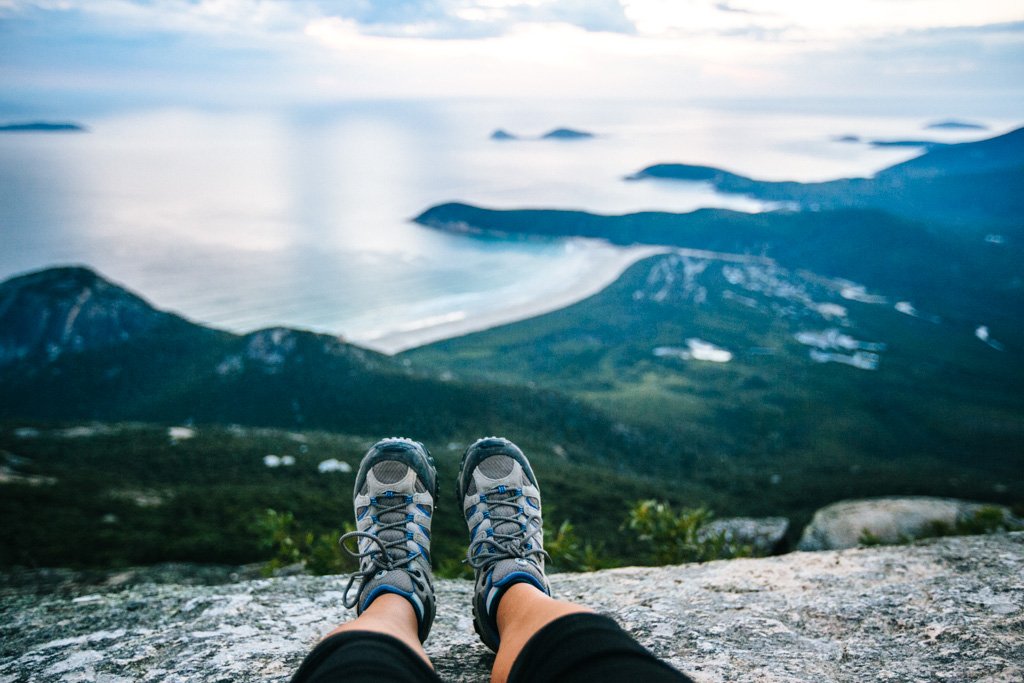 The biggest test of patience came at the very end, once we’d returned to Melbourne, when the girls proceeded to deep clean the rental car. “Uh, guys… I’m pretty sure they said we don’t have to wash the car…” I feebly remarked while they rook rags to the bumper. “No, we have to clean it or we get a $60 fine!”, they insisted. I took a deep breath, grabbed a rag, and mentally coached myself through the next wasted 30 minutes of my life. First, I’m 100% sure I heard the girl at the Jucy rental office say, verbatim, “you don’t have to wash the car”. Second, what the heck kind of car rental company requires its customers to wash, scrub, and vacuum their car upon return?! I supposed there was the slightest chance that Jucy sucked at life and maybe actually did have this silly clause in their contract, but upon further inspection online afterwards I gleaned that the car has to be “returned in clean condition”. Pretty sure something got lost in translation and they were just uber-paranoid about getting the fine. I’ve rented lots of cars in my lifetime and not once have I done a thing to clean the car aside from removing all my stuff from it, and I’ve never been fined. I’m not sure what mainland Europe’s car rental companies are like, but I don’t think they understood that the ones in Australia don’t expect you to deep clean your car when you’re done with it. 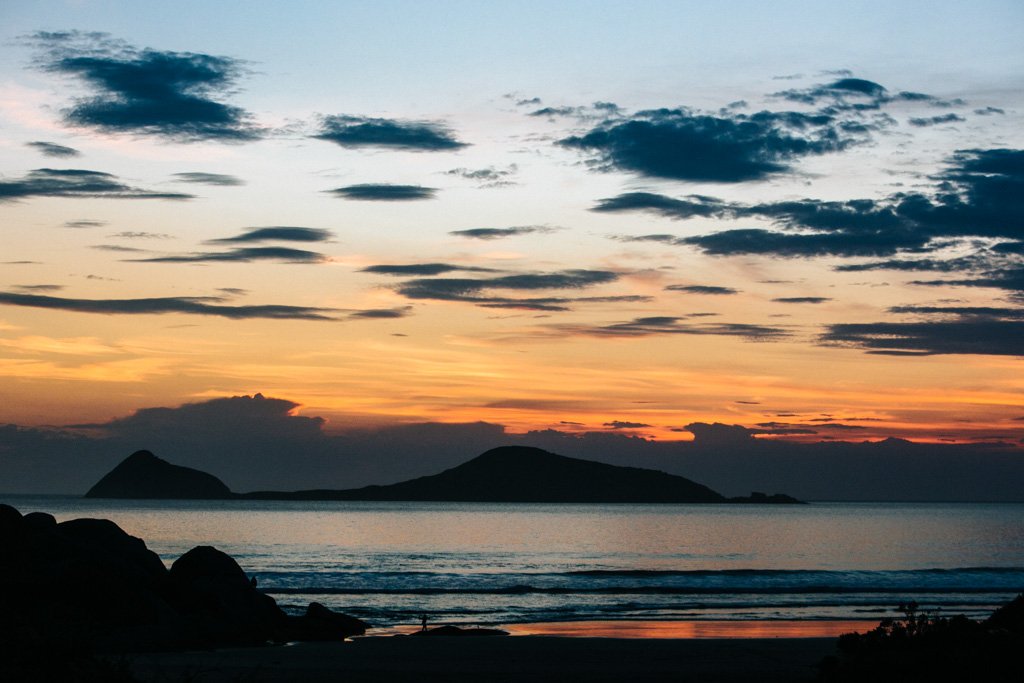 How can I complain when I’ve got scenery like this to stare at all day long?

This isn’t about me judging these young backpackers. If anything, traveling with them has been a magnificent exercise in not judging, being more flexible, and cultivating patience – areas in which I’ve always stood to improve, and have been working on in recent years.

And most humbling of all, it was a reminder that I’m not always right – even when I know I am. Nobody likes a know-it-all or a bossypants, but I made even more of a concerted effort to NOT be that girl because this was their trip, not mine. They organized it and I was along for the ride, therefore I don’t get to be a key decision maker. You can imagine how challenging that was for someone who has a serious problem with surrendering. 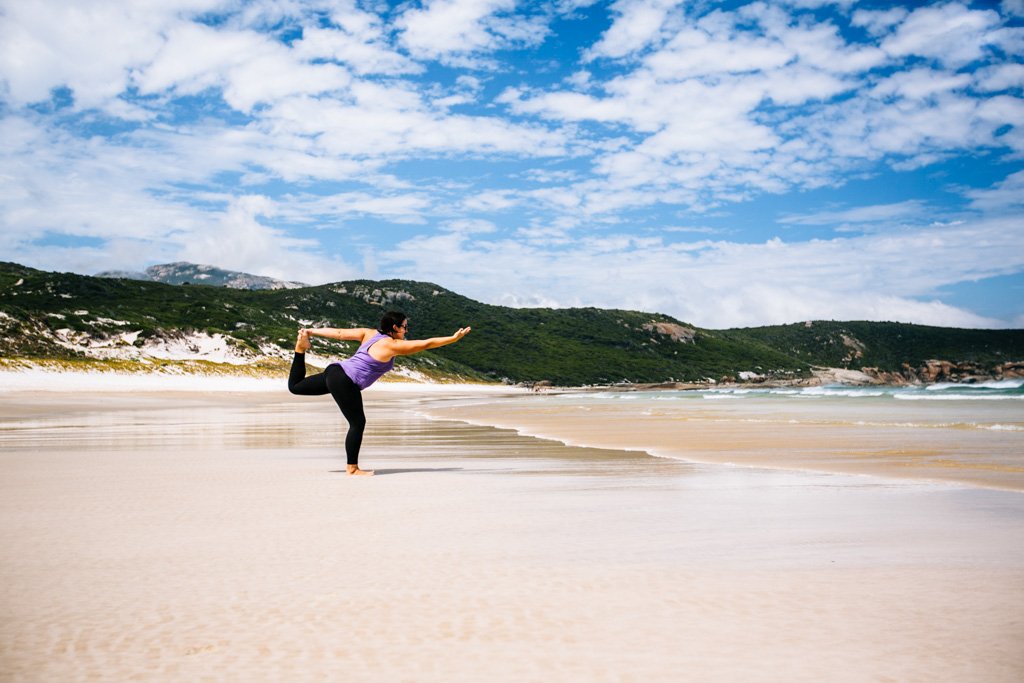 Despite the excessive frugality and fast-paced travel, I had a fantastic time exploring The Prom with these young European ladies. I’m glad I went with my gut and replied to their ad without thinking it through. We may not have been a travel match made in heaven, but maybe you don’t always need that.

I’m not saying I’ll always opt to travel with folks who have a very different travel style to mine, but doing so once in awhile is a great opportunity for growth. And the more I do it, the better I get at letting things go and making the most of whatever situation I’m in – and I become a better traveler for it.

Have you ever traveled with people who had a different travel style from you? Would you?