This article on how to stay in Australia was updated in November 2019.

I don’t have the exact numbers here, but if you asked me what THE most commonly-said thing to me has been in nearly two years of living in Australia, I wouldn’t even have to think about it. “You should marry an Aussie!”

To be fair, I likely wouldn’t have to field this comment anywhere near as much as I do if I wasn’t constantly professing my love for Australia and desire to remain in this fine country forever and ever amen. But most conversations I have seem to steer in this general direction, so I’ve heard the suggestion a lot.

As much as I may secretly be hoping to bag an Aussie, it’s taking a wee bit longer than expected (kidding, mostly…). And unfortunately for me and other eligible foreign bachelor(ette)s, Australia has made it significantly less than a breeze to apply and be approved for the partner visa. The application costs nearly $8000 and usually takes at least a year to go through.

Furthermore, it’s not enough to marry an Australian – you must provide exhaustive documentation to prove that you haven’t gotten married just to snag yourself a visa and that you’re in a legit relationship. Then you have to prove that you’ve remained together after being granted the visa.

So really, it takes YEARS until you’re in the clear with your Australian permanent residency if you marry an Australian. There’s really no easy way to migrate to Australia! 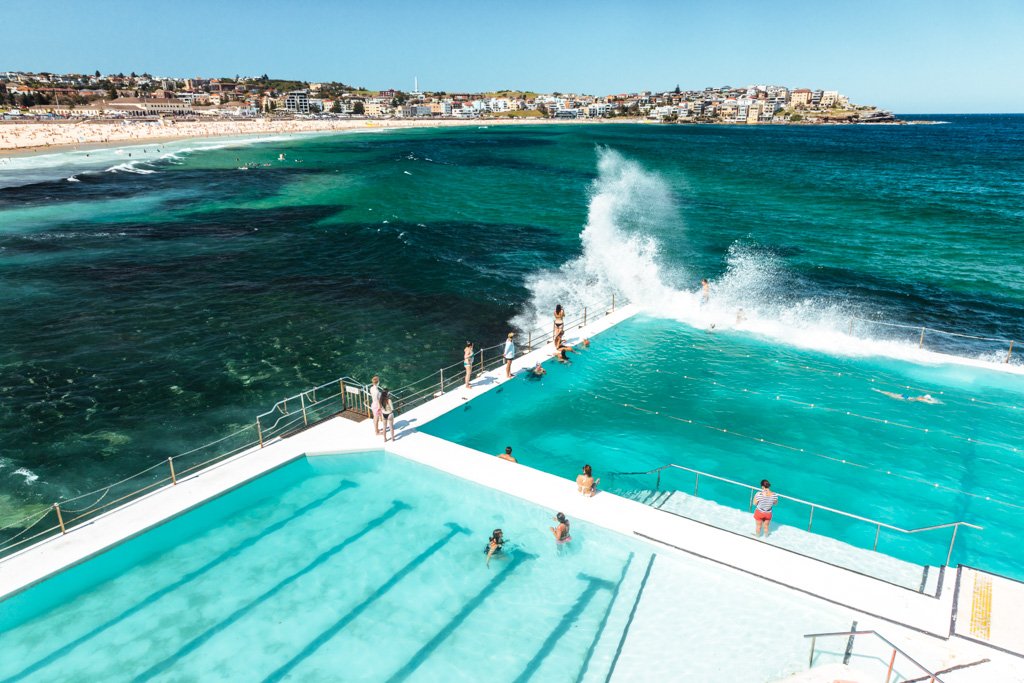 Raise your hand if you wanna know how to stay in Australia and swim in this pool every day?

But guess what? There are PLENTY of ways to live and work in Australia without marrying an Australian. If you’re running out of time on your Australian working holiday visa and desperately wish to remain in this country, or are elsewhere contemplating a semi-permanent move to the land Down Under, this post is for you.

Disclaimer: I am in no way an expert in Australian immigration. The information below is just what I’ve gleaned through my own personal research, and there may be other visa options available to you that I haven’t mentioned. Contact an Australian migration specialist if you have any questions or concerns regarding your own visa situation.

If you want to stay in Australia for less than a year, or want to buy some time to figure out a more permanent visa option (aka what I did after my Australian work and holiday visa ended), a cheap and easy way to do this is by applying for an Australia Visitor Visa. Note that you are not allowed to work while on a tourist visa (but, ahem, that hasn’t stopped many a tourist!).

The three main tourist visas in Australia are: 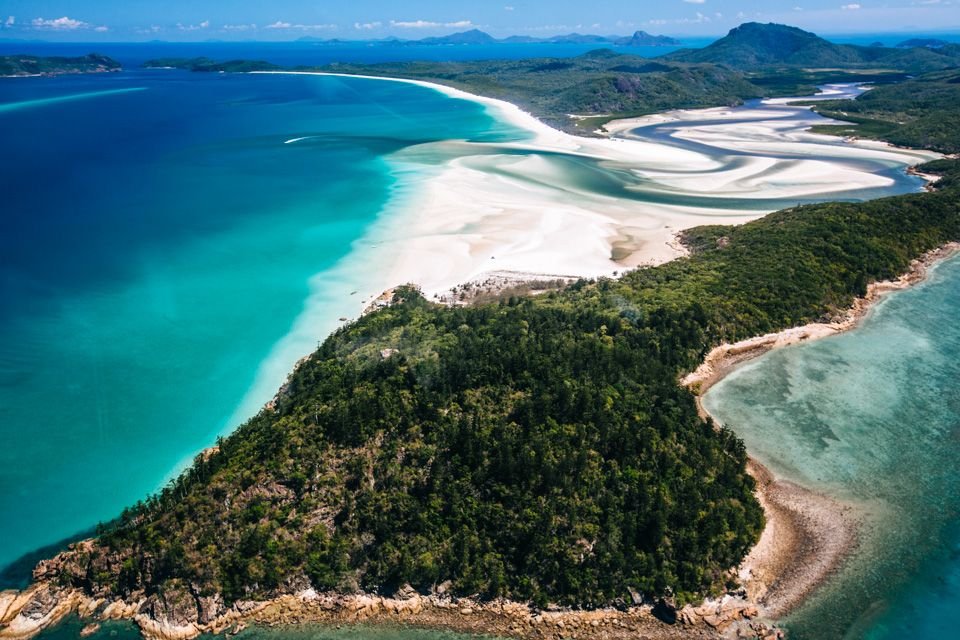 The 601 and 651 are electronic tourist visas (aka no-passport-stamp visas) that allow you to visit Australia as many times as you want in one year, and stay for up to 3 months during each visit. They are quick and easy to apply for, and with a near-100% grant rate, you’ll likely get approved within a few days.

The main difference between these two Australian tourist visas is that they are available to citizens of certain countries (e.g. USA citizens can only apply for the 601, not the 651). Also, the 601 costs AU$20 while the 651 is free.

If you want to be able to stay in Australia for more than 3 months at a time, the 600 visa is the one you should go for. You can apply for a 3, 6, or 12 month visitor visa – the application cost starts from AU$145 and depends on the duration of stay.

The process is a little more involved than the other tourist visas in that you’ll have to submit extra documentation, such as a short essay outlining what your plans are for your Australian holiday.

In 2015 the 600 visa had a 92% grant rate, so unlike the other tourist visas there’s a slight chance of not getting approved.

I have heard that Immigration is likely to deny your application for this visa if you have just completed a working holiday in Australia (my guess is they are suspicious of you carrying on working when you’re not supposed to be). You might want to either leave Australia for several months before applying for the 600 visa, or apply for one of the other Australian tourist visas instead. 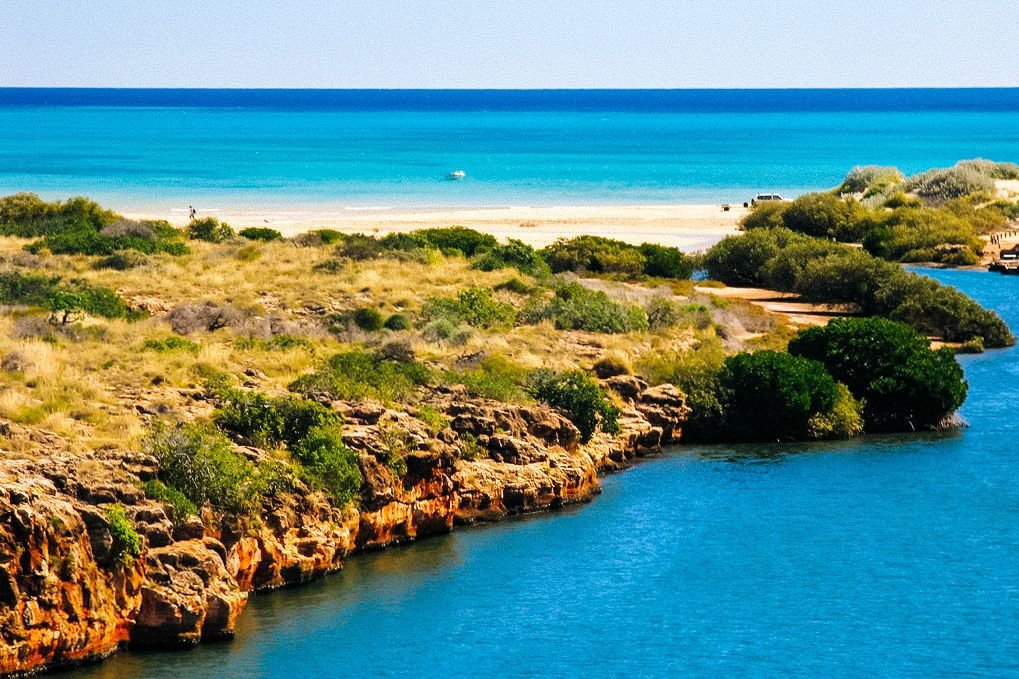 The easiest way to secure the right to live and work in Australia is to apply for the 500 – Student Visa, which costs AU$620. You must be accepted to study a full-time course at a school in Australia before you apply. You don’t have to be earning a degree at a major (read: expensive) university, though – you can just enroll in a basic certificate program at an inexpensive school that accepts pretty much anyone.

The student visa does come with some restrictions. First, you are only allowed to work 40 hours per fortnight while classes are in session (e.g. 20 hours one week and 20 hours the next, or 30-10, etc). You’re free to work as much as you want during scheduled course breaks, though. And second, you’re only allowed to stay in Australia for the duration of your course (plus an extra month or two after it ends).

Be sure to consider the costs associated with the Australian student visa before you decide to apply. On top of the visa fee, you’ll be paying your course fee, school expenses (textbooks, etc), and the mandatory overseas health insurance coverage. You’ll also be committing to full time study, which is a significant investment of time on top of money. 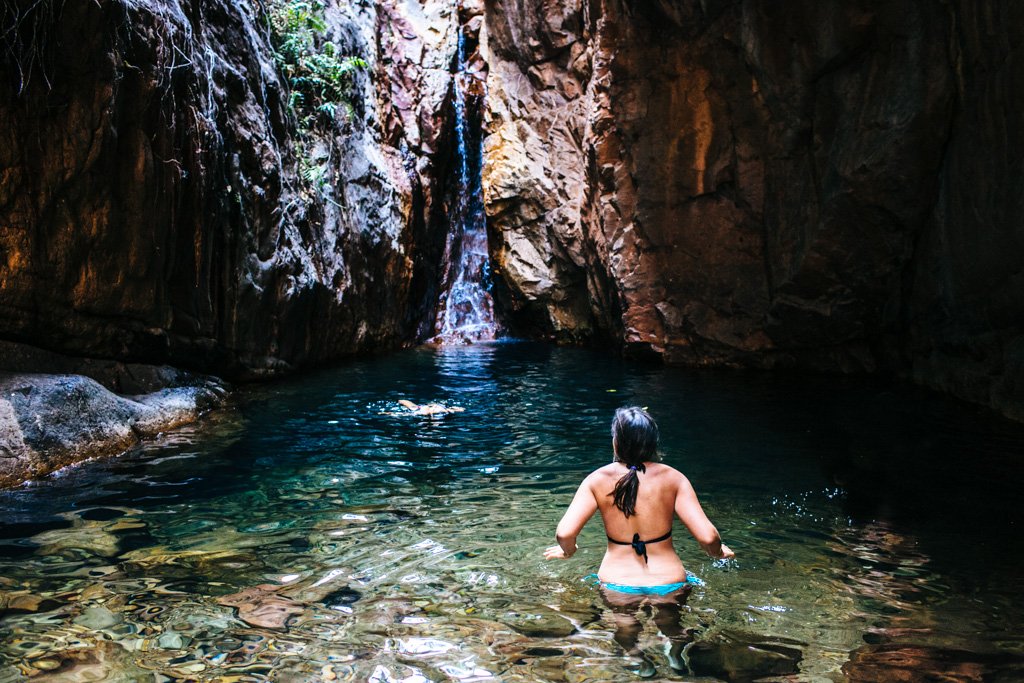 There are a lot of different Australian work visas you could be eligible for, but these are the ones you’ll most likely be looking at:

Note: PR = permanent residency… these are the visas you want look at if you want to permanently live and work in Australia.

Overwhelmed yet? It’s ok, it took me nearly a full year to make sense of these options. I’m hoping this post will give you the shortcut that I didn’t have!

Instead of going into detail with each work visa, I’m going to explain a few concepts related to the visa process so that you can actually understand it as you try to determine which visa is best for you. 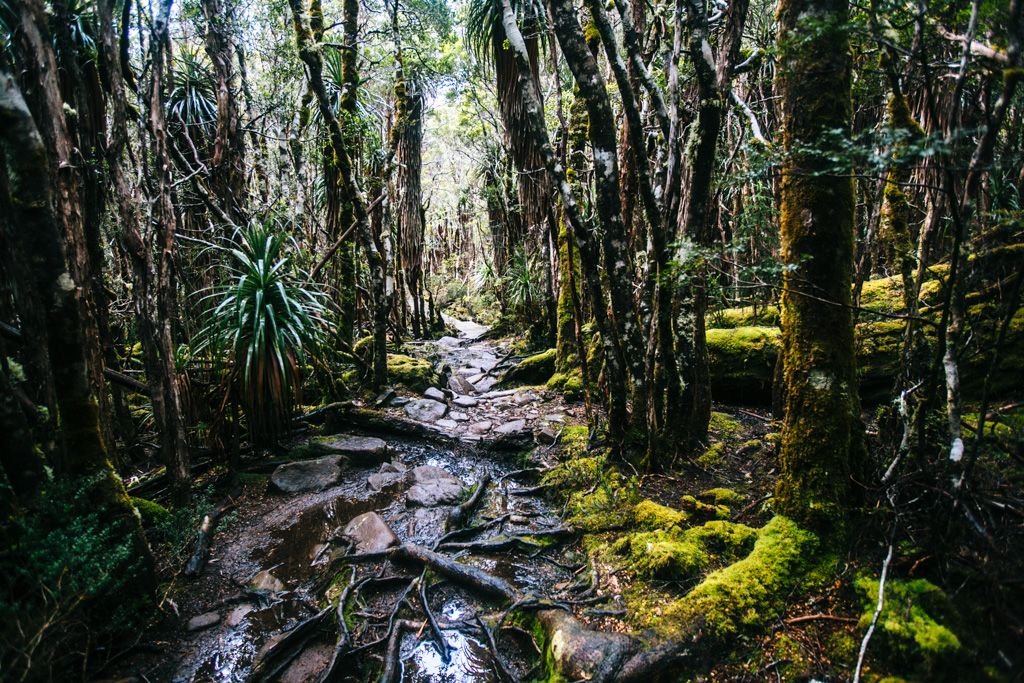 With these Australian work visas, you need to have a skill that Australia is looking for in order to be eligible for them. These desired skills are spelled out in the Skilled Occupation List which is updated on July 1 each year.

This list was revamped in 2018 and is now divided into a few different categories:

The Australian work visas mentioned above require applicants to be proficient in a skill on one of these lists. For example, the visas that grant permanent residency will generally want you to have a skill on the MLTSSL, while the temporary work visas will accept applicants with a skill on the STSOL. If your skill is on the ROL/RSMS, then you may be able to get sponsored to work in a regional (rural) part of Australia.

The new Skilled Occupation List webpage has a function where you can filter by visa type or search by occupation. Have a play around with this to determine what Australian visa types might work for you. 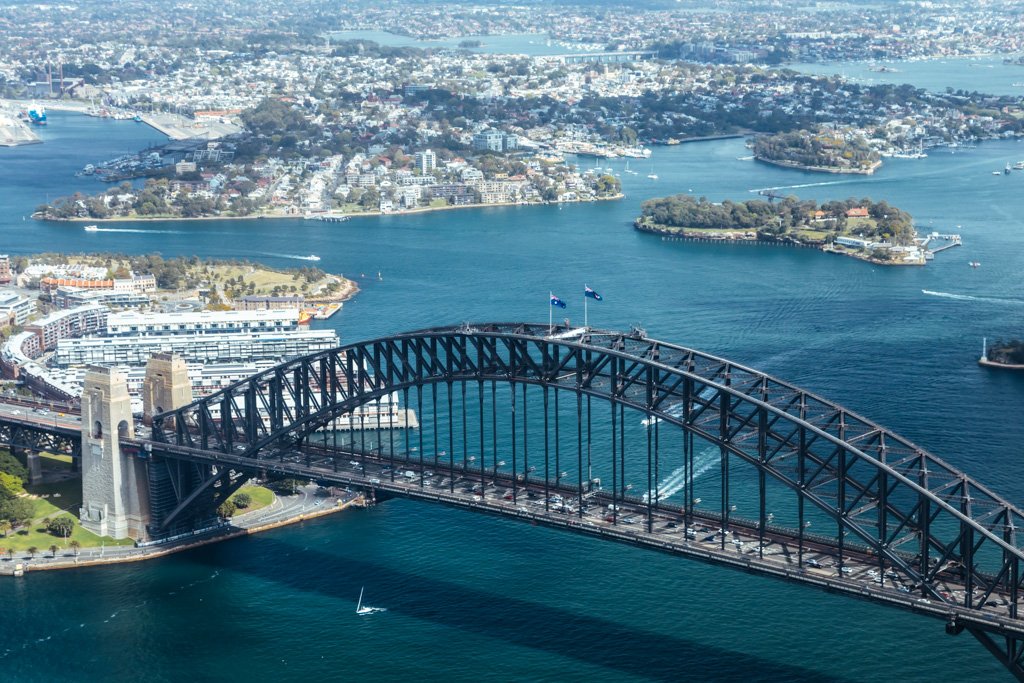 Some of these work visas allow you to work as a permanent resident (PR) in Australia, while others are temporary visas that may provide a pathway to more permanent visas after a certain amount of time has passed.

The visas listed above that are marked with a PR provide instant permanent residency upon being granted. PR will make your life much easier from an immigration perspective because it allows you to live in Australia indefinitely with the freedom to work and travel as you please. It’ll also make you eligible for certain healthcare benefits and (after some time has passed) to apply for Australian citizenship.

The visas above that don’t give PR are more temporary visas that require you to live and work in Australia for some time before you’re eligible to apply for another work visa that does provide PR. Really, it’s just an extra step in the process and not a huge deal if your overall goal is to remain in Australia with the right to work.

When someone says they’ve found a job that’s sponsoring them to work in Australia, they almost definitely have the 482 visa (formerly known as the 457 visa). This work visa is the easiest to apply for since the employer typically steers the application process and covers the costs, but you must work for them for at least 2 years before you’re eligible to apply for another work visa that provides PR. 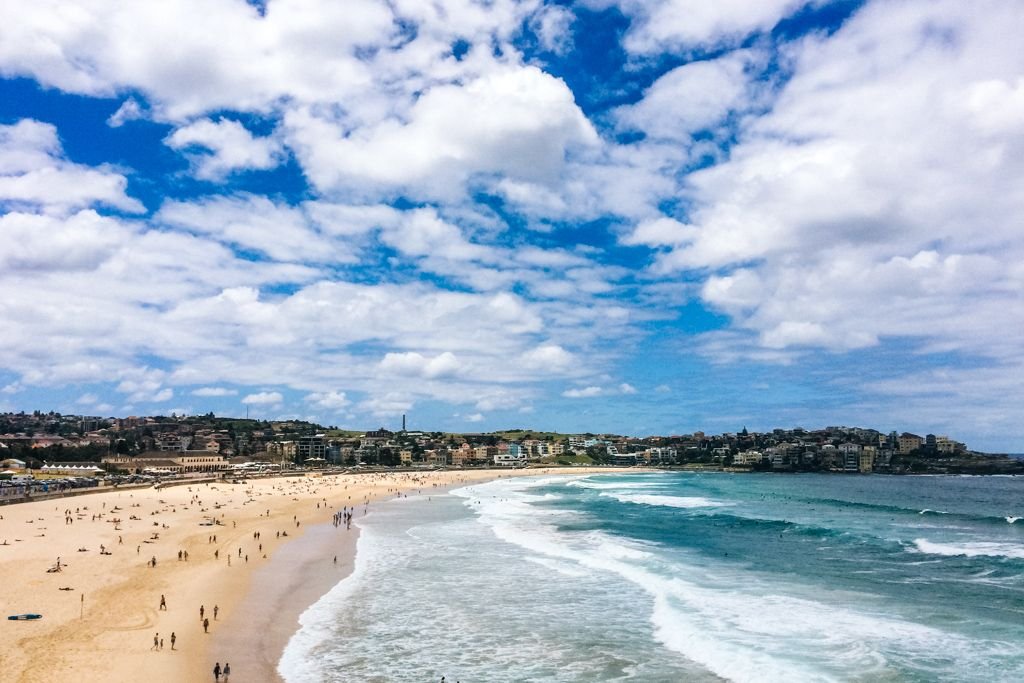 You may need to undergo a skills assessment with the relevant authority to demonstrate that you are qualified in your chosen occupation. Don’t worry, it’s not a proper test that you sit for: the assessment typically calls for various documents that prove your education and job experience are highly relevant to that occupation (e.g. school transcripts, diploma or course certificate, employer references).

You’ll need to show that a certain percent of your coursework was directly related to your chosen occupation, and that you’ve completed a certain number of years of professional work in that occupation, among other things. You must also score a certain number of points on the Points Test (awarded for criteria such as age, educational background, English language proficiency, and skilled employment).

All of the work visas mentioned above require a skills assessment except for the 482. Normally you complete the assessment, wait for your result, and then apply for the visa only if you’ve passed. 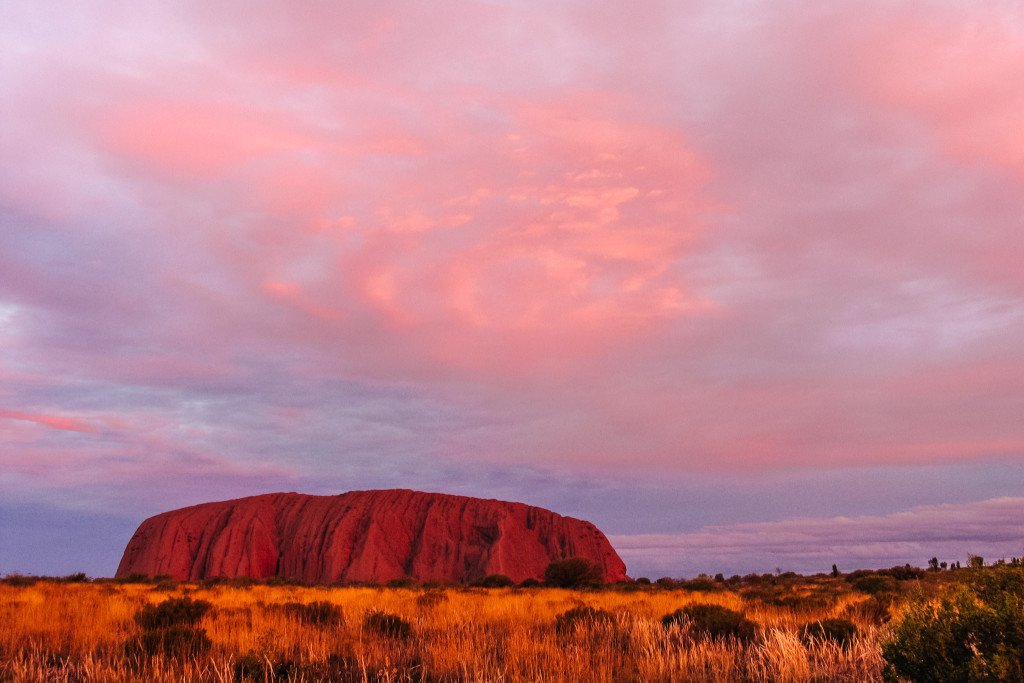 Some of the visas above (491, 494) require you to live and work in a specified regional area of Australia for the first X years that you hold the visa. “Regional Australia” is basically anywhere outside of the major cities, with low population growth. The entire states of South Australia and Tasmania are considered regional, so you could feasibly work in Adelaide or Hobart if you held a regional work visa.

Refer to this list of regional postcodes to see where else you could live and work in Australia while on a regional work visa.

Bear in mind that different Australian states are seeking different skills, and each state’s skill list changes every year. This state skill lists are not included on the main immigration website, so you’ll have to do a little digging. 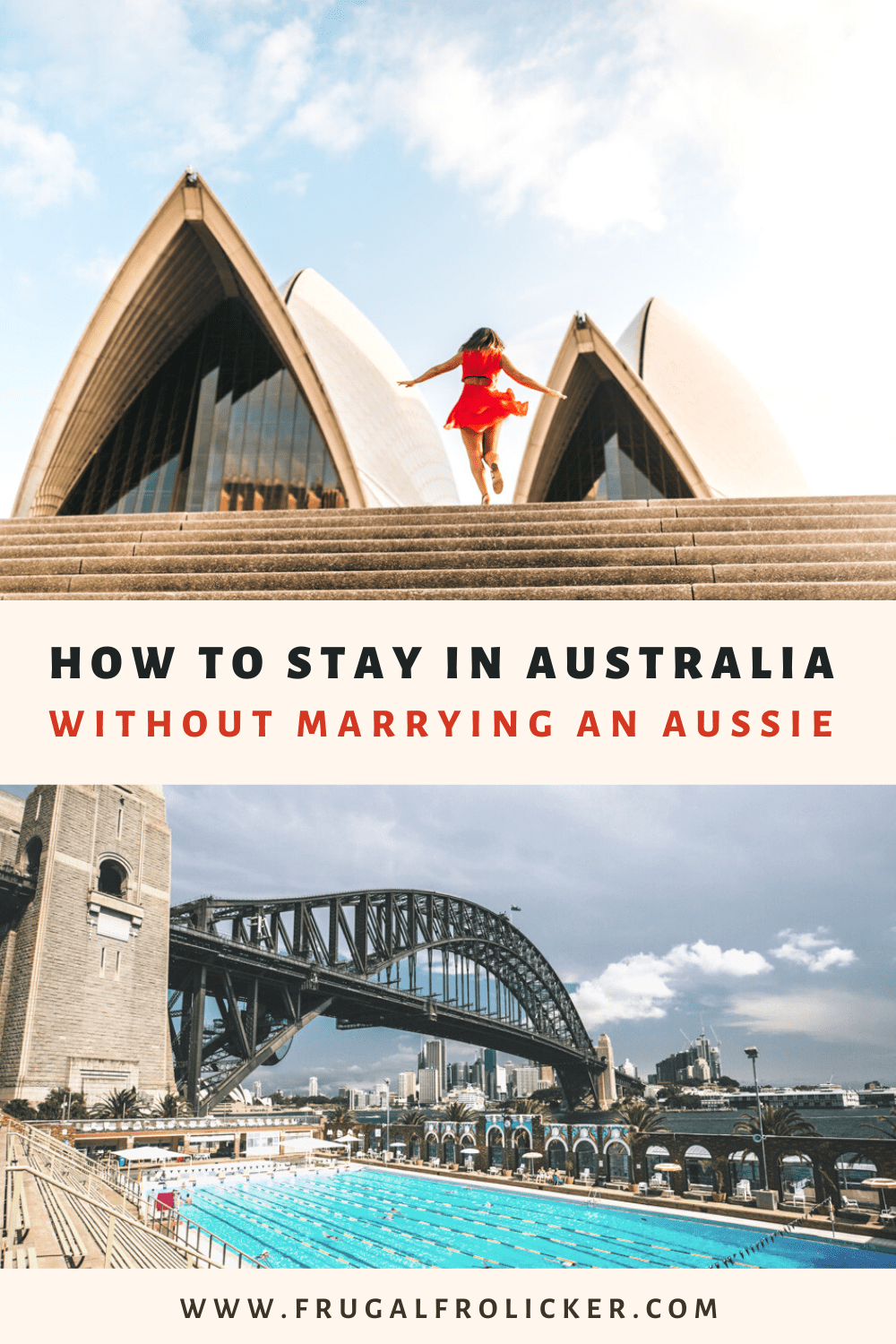 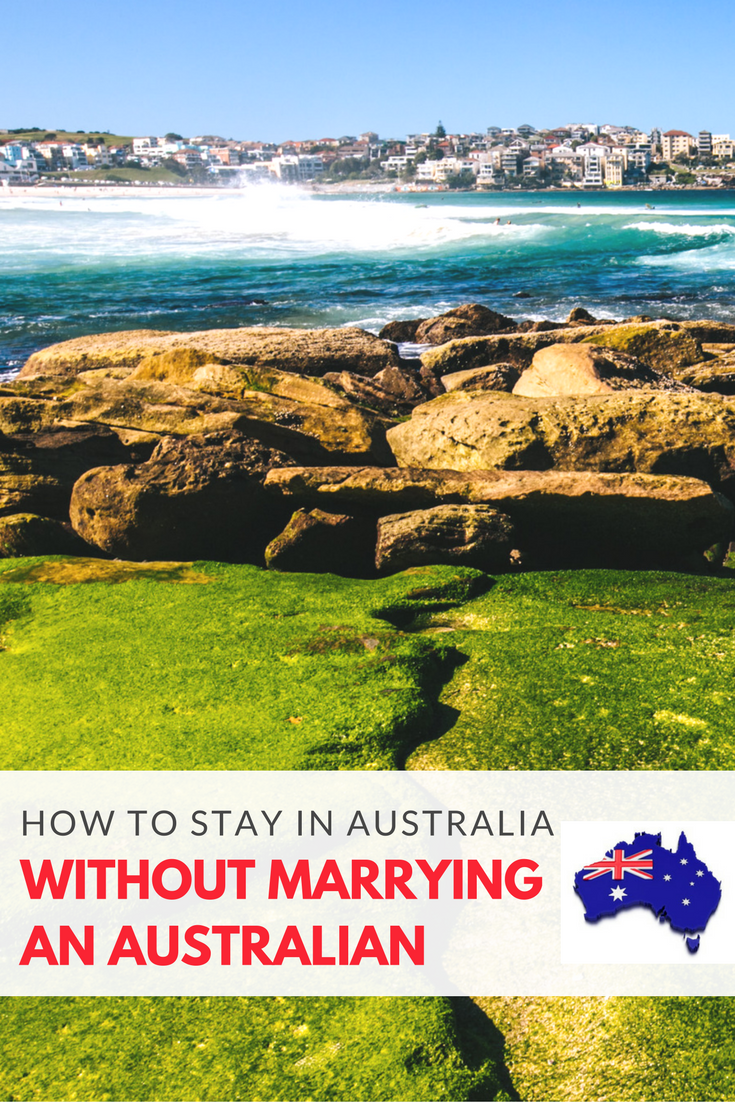 This post is sponsored by e-visa.co.uk. As always, all opinions expressed here and elsewhere on this blog are my unbiased own, and are uninfluenced by any gifts or incentives I may receive.