I had sworn off Phuket long before I’d even arrived there. Too touristy, too developed, and – relatively speaking – the beaches aren’t that great. I’d rather just fly in and jet straight to another island: first Koh Lanta, then Koh Kradan and Koh Phi Phi.

But Hot Arms and his South African crew were headed to Phuket after the Maya Bay Sleep Aboard, and in order to extend our time together we had to compromise our plans a bit. So I detoured to Phuket with him for a couple days, and then he came with me to Railay.

I wish this was a post highlighting what a delightful surprise Phuket was, but it turns out I was spot-on in my assessment of the island. If you picked up Phuket and dropped it in many other places in the world – right near NYC, for example – I’d probably be raving about what a nice weekend getaway it’d be. But with hundreds of other islands in Thailand that trump Phuket in almost every regard, there’s really no reason to spend time there. 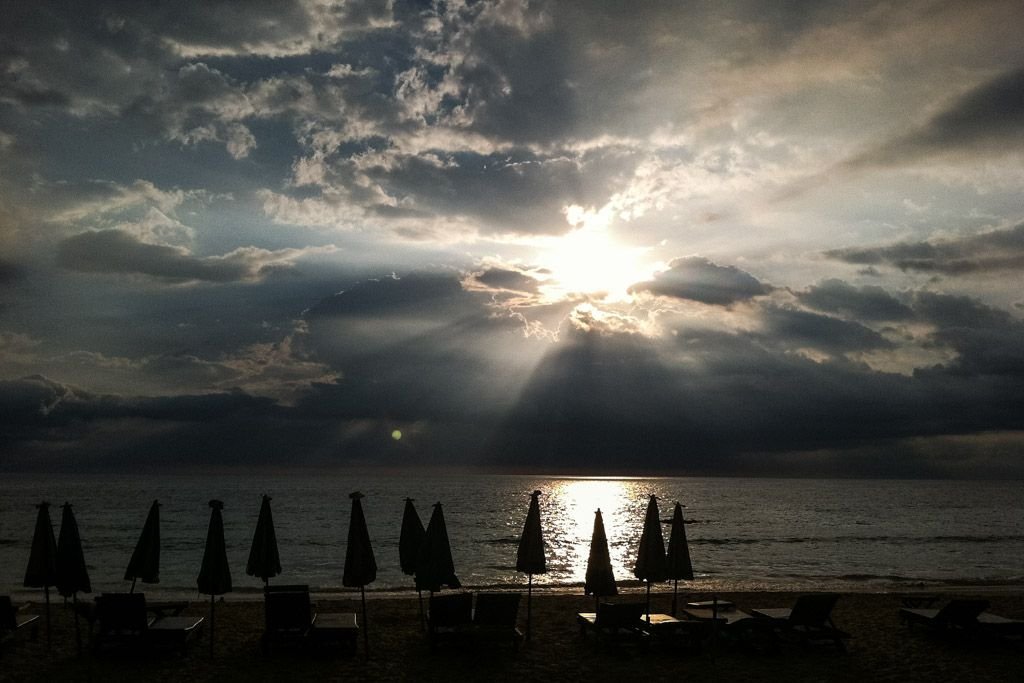 Despite its lackluster allure, we managed to have a pretty ok time in Phuket —

I rode a motorbike for the first time!

Well, technically it was the second time – but the first time was just a quick ride from A to B on Koh Lanta. This was my first time joyriding on one ALL DAY LONG and it was absolutely glorious! I’m an avid cyclist back home – I love the feeling of being on the open road, exploring new territory and being a part of the changing scenery unfolding around me. On a motorbike, the feeling is multiplied exponentially – you have more speed, more wind in your hair, and you can go much further than you could on a bicycle. Learning how to drive a motorbike/motorcycle is definitely going on the bucket list now!

I got to experience Songkran!

We happened to be in Phuket for Songkran, the Thai new year celebration where water fights break out on the streets virtually everywhere in the country (as a way of cooling off in the heat). Random Fact About Me: I hate getting wet. I wasn’t too into the idea of Songkran and hadn’t really factored it into my travel plans, but THAT DIDN’T MATTER. Even if you don’t participate in Songkran, if you go outside you will get wet. We got sprayed with water countless times while riding through town, but we were already wet from the beach and thunderstorms so no harm done. The worst was getting sprayed with freezing cold water – that was painful!

Tags: AsiaPhuketpostcardsThailand
Previous ArticleLove and Loss on the Maya Bay Sleep Aboard
Next Article Best of India – Photo Gallery