By on Asia Cambodia

I’d like to think I give each place I visit a fair chance to show me what they’ve got. We shouldn’t be so quick to judge when we meet new people, so it’s only logical that we do the same when we visit new cities/countries.

Well, I traveled to Cambodia and gave its capital a shot. My feelings about Phnom Penh can be summed up like so: 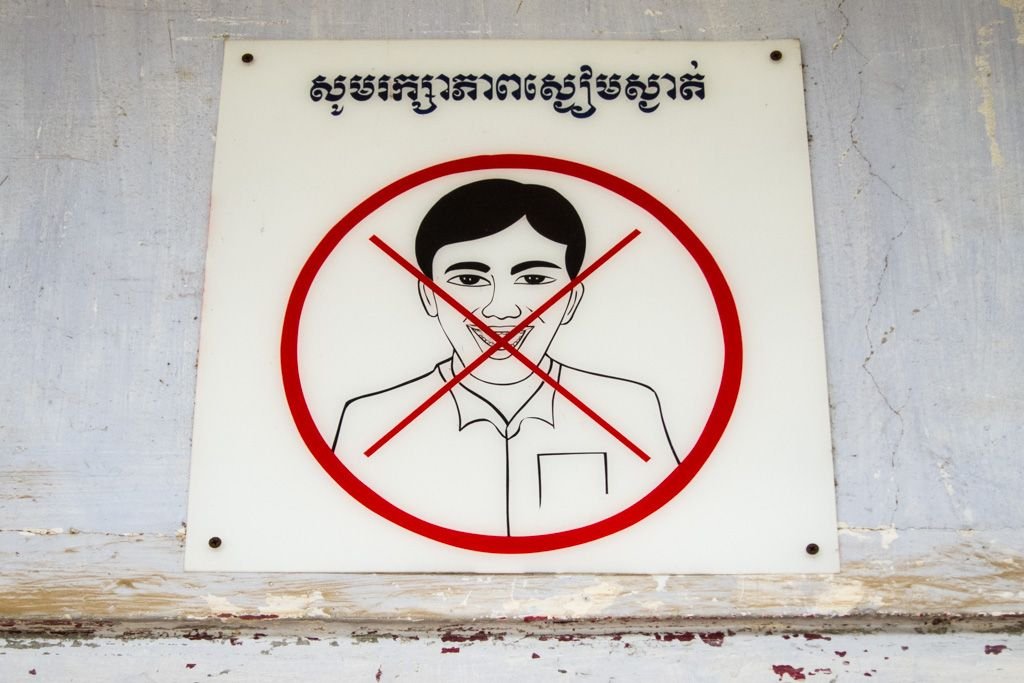 Sometimes you just can’t help how you feel. I disliked Phnom Penh instantaneously, just as I did Adelaide and Delhi. I tried to prove my gut wrong, but in the end Phnom Penh did not win me over. I was very eager to leave after just 1.5 days.

What didn’t I like about Phnom Penh, you wonder? In short: most everything. More specifically:

Phnom Penh is not pretty

Usually you can find a few aesthetically pleasing things in an otherwise drab city, be it a pretty waterfront or a well-constructed building. I wandered the streets of Phnom Penh in a futile search for beauty. The buildings aren’t that nice, the streets aren’t made for frolicking, and the waterfront was disappointing to say the least: 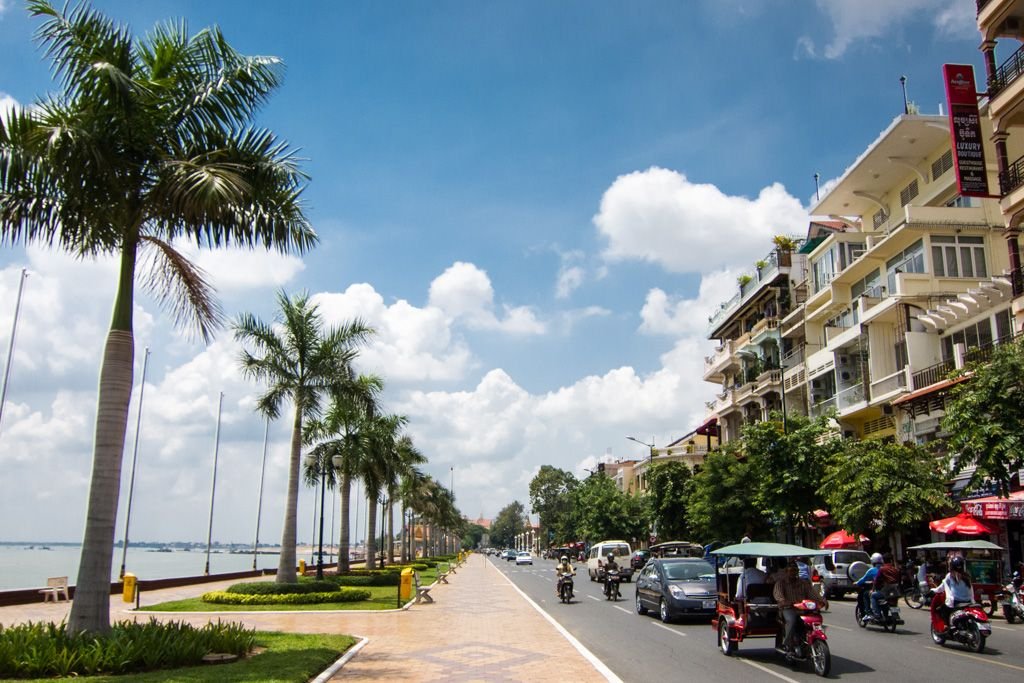 There is no view from the river, unless you count the inevitable view of young boys bathing in the midday sun. I felt no sense of culture walking down this boulevard, as all of the restaurants and bars catered toward tourists (and were mostly empty when I was there). No, Phnom Penh is not a pretty city.

Phnom Penh is not easy to get around

One of the most important things to me when I’m in a city is the walkability: Can I walk everywhere and anywhere? If not, is there an affordable transportation option?

Phnom Penh is fairly flat, and the streets are numbered in such a way that you end up covering way more ground than you thought you would (i.e. they aren’t numbered 1,2,3… the numbers skip at irregular intervals, so it seems). But particularly in the central part of town, there aren’t many sidewalks. And in typical Asian fashion, street carts and motorbikes spill out onto the streets, forcing you to walk in the middle of the street to get around them. 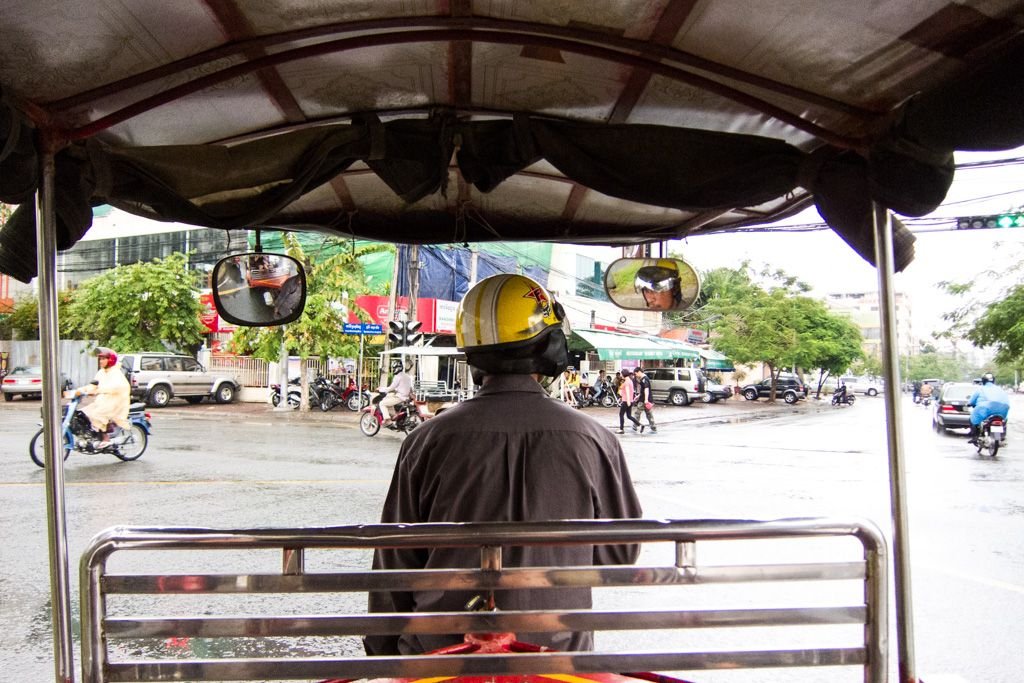 There is no mass public transportation in Phnom Penh, so if you’re not walking or biking, you’re reliant on tuk tuks to get around town. This gives tuk tuk drivers the power to overcharge. I paid $3 to get from the bus station to my hostel, which would have been a 10-15 minute walk had I gone on foot. Talk about a serious ripoff! 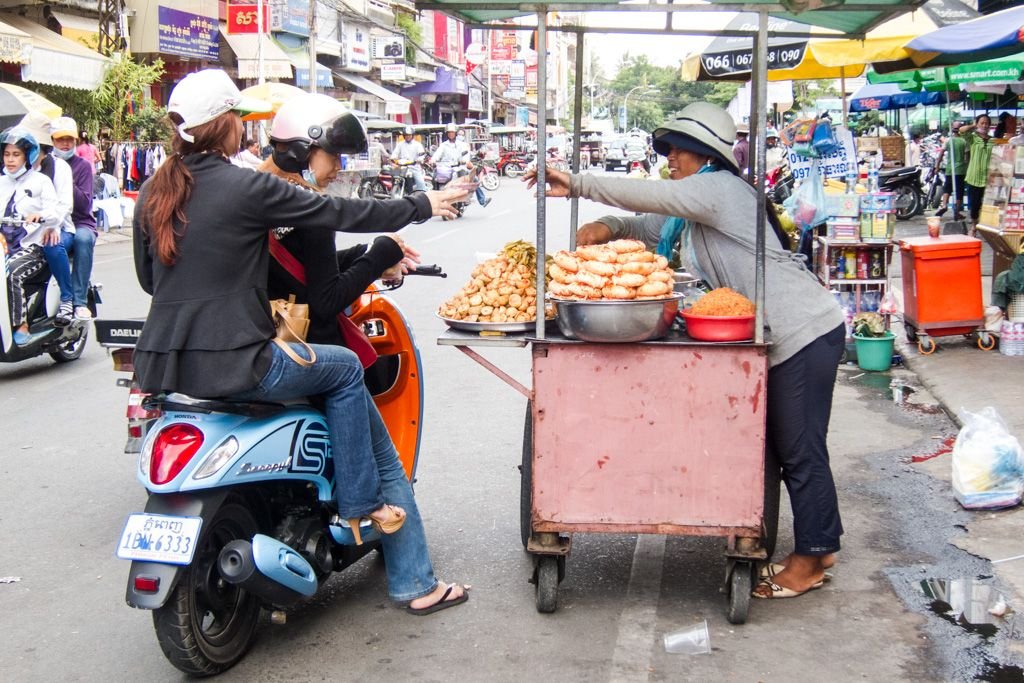 One other thing that kept me from getting around town seamlessly was all of the drivers and vendors constantly calling out to me to sell this or that, or take a ride with them. I’ve found this aggressiveness varies throughout Asia – in some cities you’ll rarely be bothered, while in others you are hassled beyond reason. Phnom Penh falls on the latter end of the scale. If you so much as look within a 90-degree radius of its vendors, they will be ON YOU. It’s awful. I didn’t even make it to the Russian Market because I was so annoyed with other vendors I encountered along the way there.

Here’s the kicker: Phnom Penh has not fully recovered from its fall in 1975. Before I visited, I wasn’t aware that this happened less than 40 years ago. The city may be functioning today, but its people still suffer the damages and losses of the war. If you look at it that way, it’s not surprising that their city isn’t beautiful and has no public transport anymore.

I felt obligated to learn about the Cambodian genocide while in Phnom Penh, so I paid a visit to the Tuol Sleng Genocide Museum. It’s actually a school-turned-prison that the Khmer Rouge used to torture and ultimately kill over 17,000 Cambodians from 1975-1979. At the museum, you can walk through the old prison cells and see some of the instruments of torture used. The walls of the victims’ headshots are particularly moving. It is completely unnerving to think about how there are people still existing in this world who contributed to such a massacre just a few decades ago.

Note: For a double dose of depression, you could also check out the Killing Fields, where most prisoners were sent to be murdered. 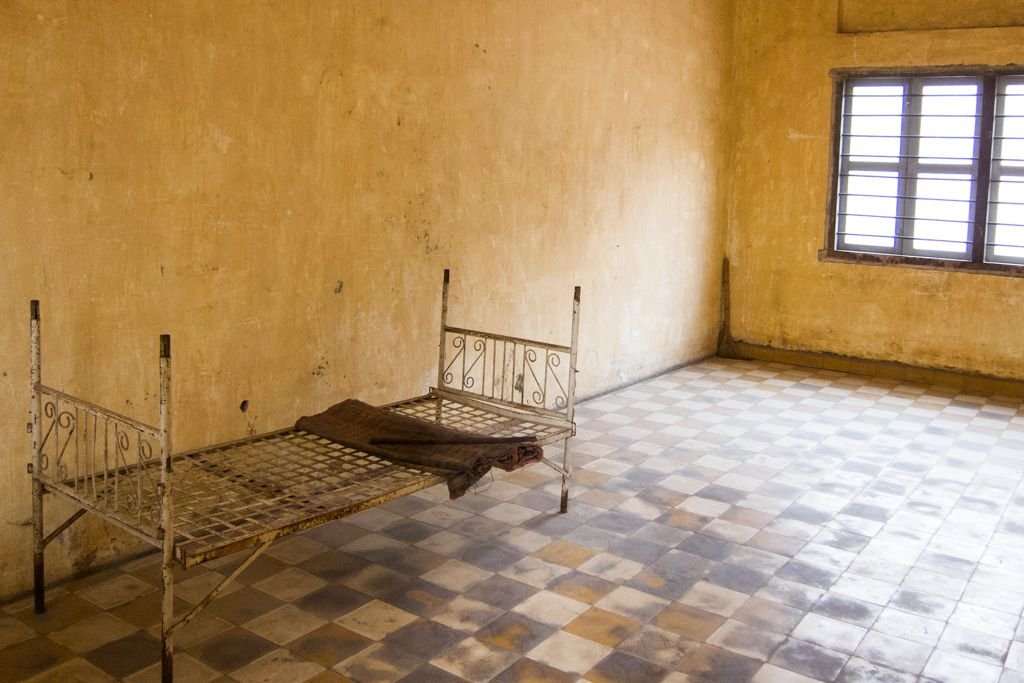 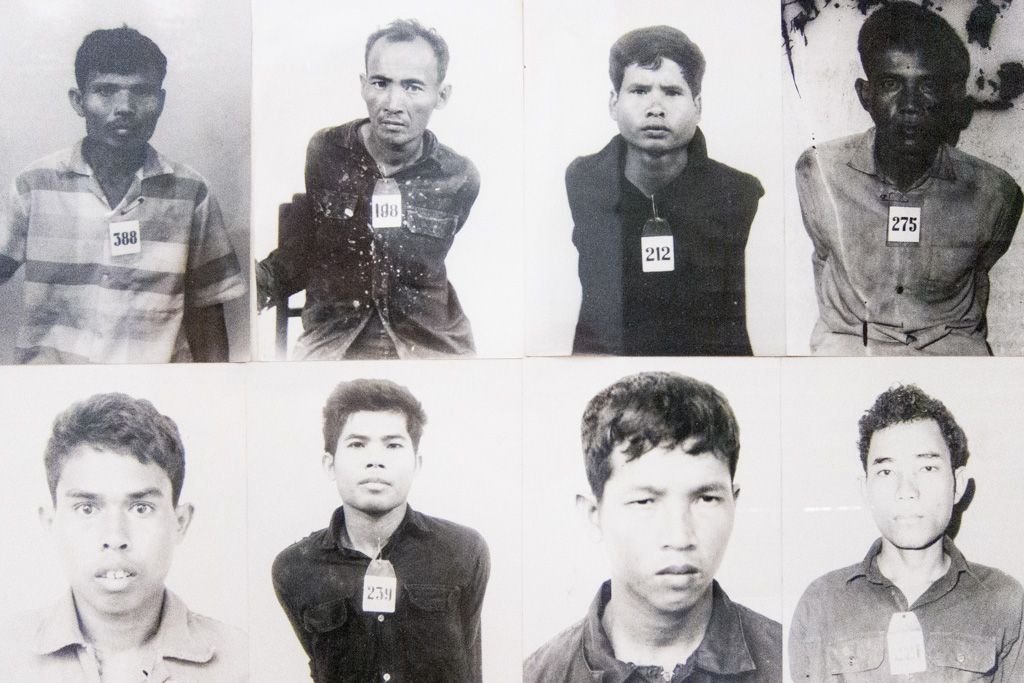 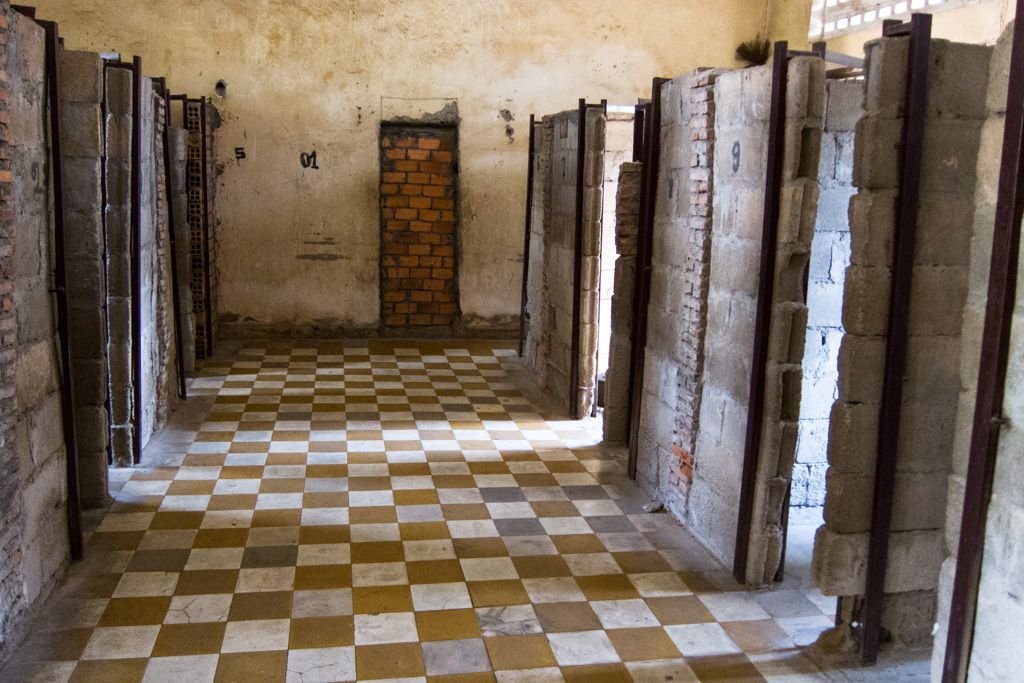 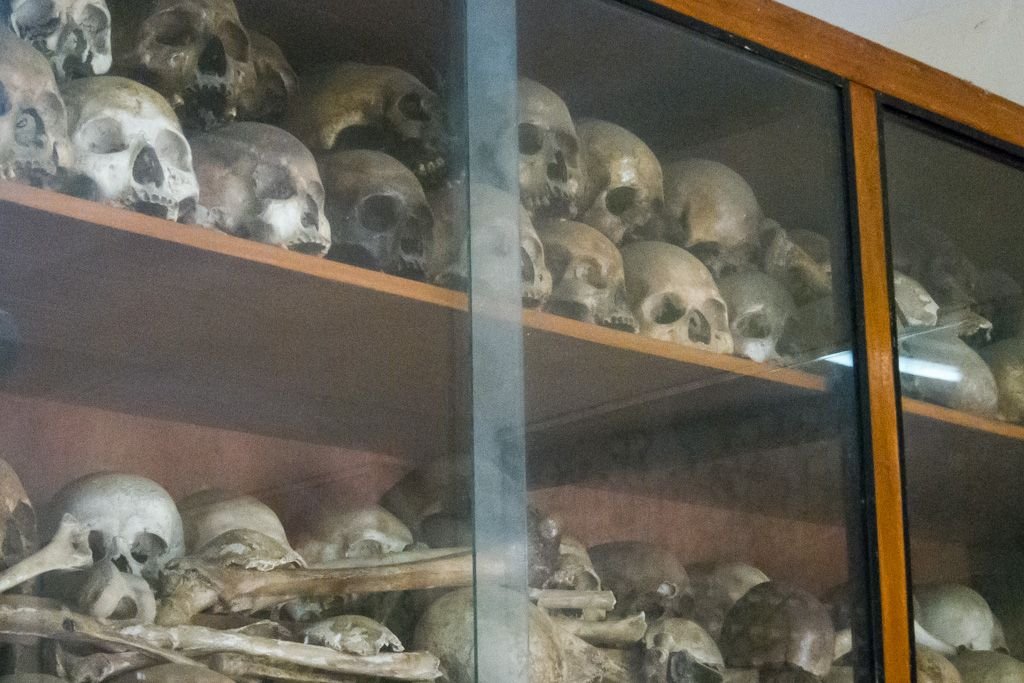 Have you been to Phnom Penh? Should I give it another chance?