I’m always deliberate in telling people that the walk from my apartment to the Graham Ave subway stop takes 12 minutes. Exaggerating to 15 is a surefire way of ensuring that no one will ever visit me in my little Brooklyn nook, while rounding down to 10 just doesn’t do this long-drawn walk justice.

This first half of my NYC commute takes me along busy Meeker Ave, which runs below the BQE (Brooklyn-Queens Expressway). I drown out the constant sound of horns honking and trucks barreling down the expressway with some Demi Lovato. Though the path is littered with broken glass and speedbumps, I prefer to walk through the parking spots right beneath the BQE rather than on the sidewalk across Meeker – it’s a short-lived shelter from the traffic. 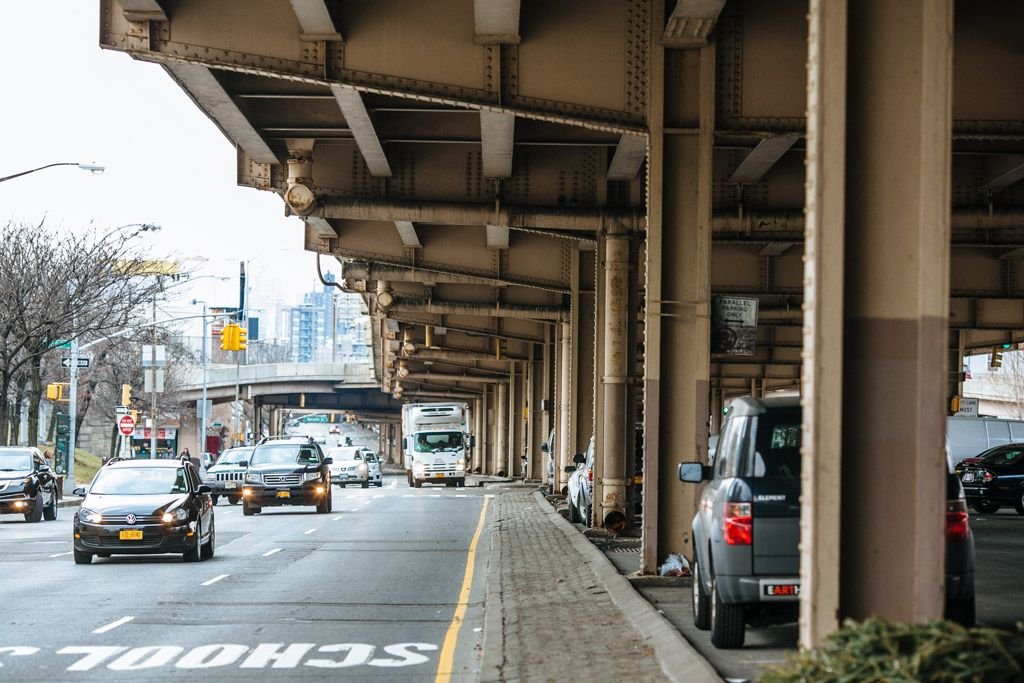 When I finally spot a break in traffic, I skirt across the street and turn onto Graham Ave, the Italian-influenced main thoroughfare leading up to the subway station. The second half of my walk takes me past all sorts of local establishments with cutesy, oft-alliterated names: Muddy Paws, Cutie Calls, Roots Radicals, Beaner Bar. Save for the coffee shops, most businesses are closed in the morning – that’s Williamsburg for ya.

A few blocks up Graham awaits a bald, stout gentleman in a white apron, greeting passers-by outside Model T Meats Corp. every morning with a smile and a wave. It’s not very New York to exhibit friendliness during your commute, but I always crack a smile at him in response. 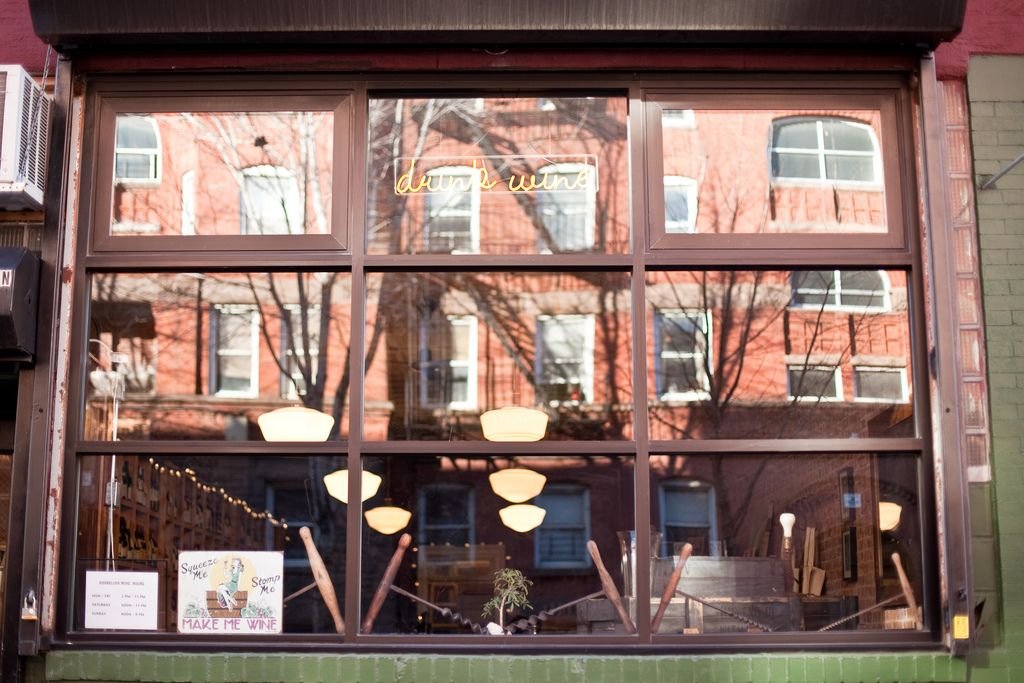 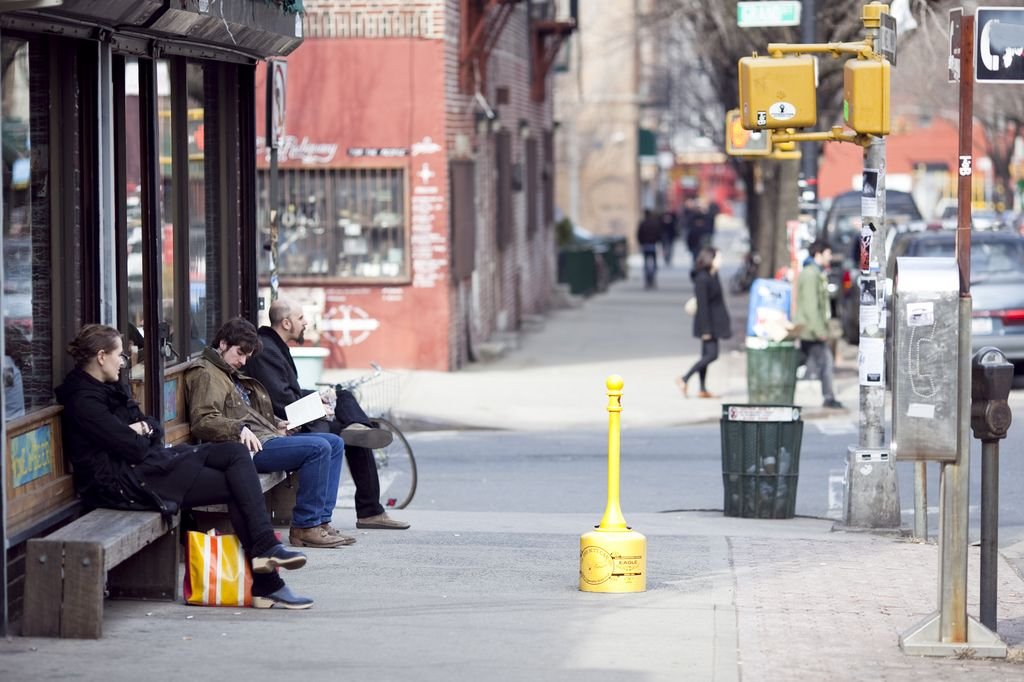 I scurry past the closed-up shops and empty bus stops and approach Variety, my former weekend hangout when I lived closeby. They were one of the first places around to start writing witty notes on a chalkboard easel outside their door in an effort to entertain and entice people to stop in for a coffee. Today’s quip: “Variety – where baristas go to die’ merits an eyebrow raise but not quite a chuckle from me. Further adding to my puzzlement: the sheer amount of hipsteresque patrons lingering at this coffee shop with nowhere to be on a Wednesday morning. 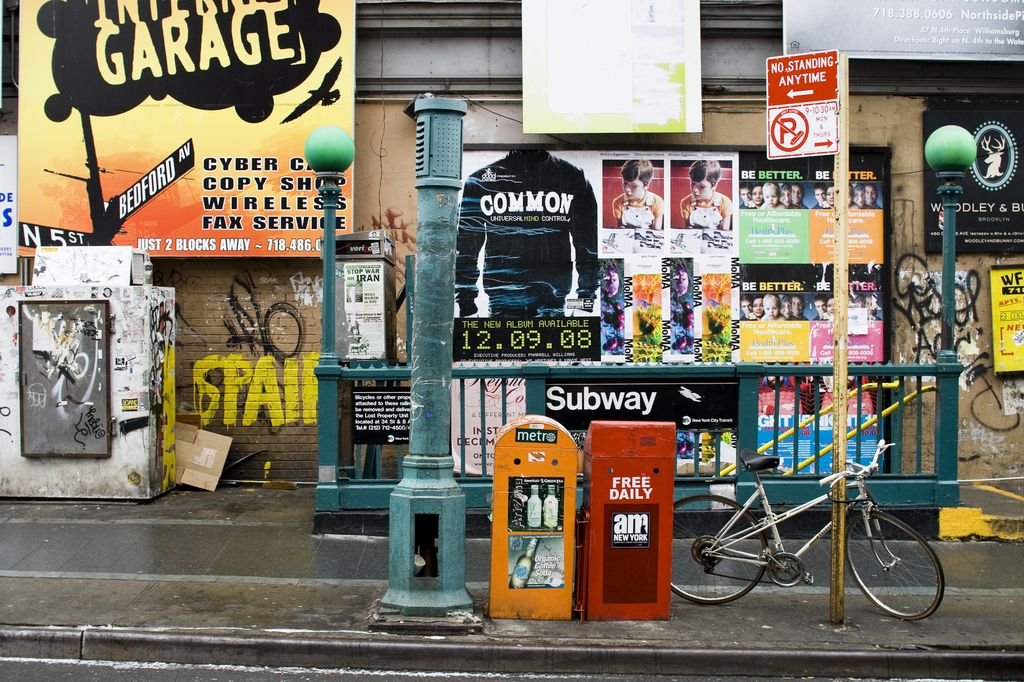 Unlike them, I DO have somewhere to be at this hour: my office in Chelsea. I duck into the nearby subway stop and join the other commuters on the train platform. Waiting for the L Train is one of the joys of living in north Brooklyn – and by joy, 95% of the time I mean terror. If nothing else, it certainly keeps life interesting with its ongoing game of Will I or won’t I keep you waiting, inconvenience you, and/or be too crowded for you to hop on?

Today I get lucky and only have to wait a couple minutes for the next train. Even more surprising: there are empty seats! I hastily snag one and, earbuds still in, immediately start shuffling through my cheesy pop playlist. I smugly select a One Direction medley, sit back, and relax for the 10 minute ride into the city.

When I look up, I notice an attractive young man in tight pants and a leather jacket staring at me from across the train. As a rule, you generally avoid eye contact with anyone on the subway in New York – especially during rush hour. But he shamelessly holds my gaze for 30 seconds at a time and I don’t mind. I get off the train at Union Square, half-convinced that I’d end up the subject of a Craigslist Missed Connection. I join the hoard of other commuters funneling up the stairs to the exit and shuffle along with them. 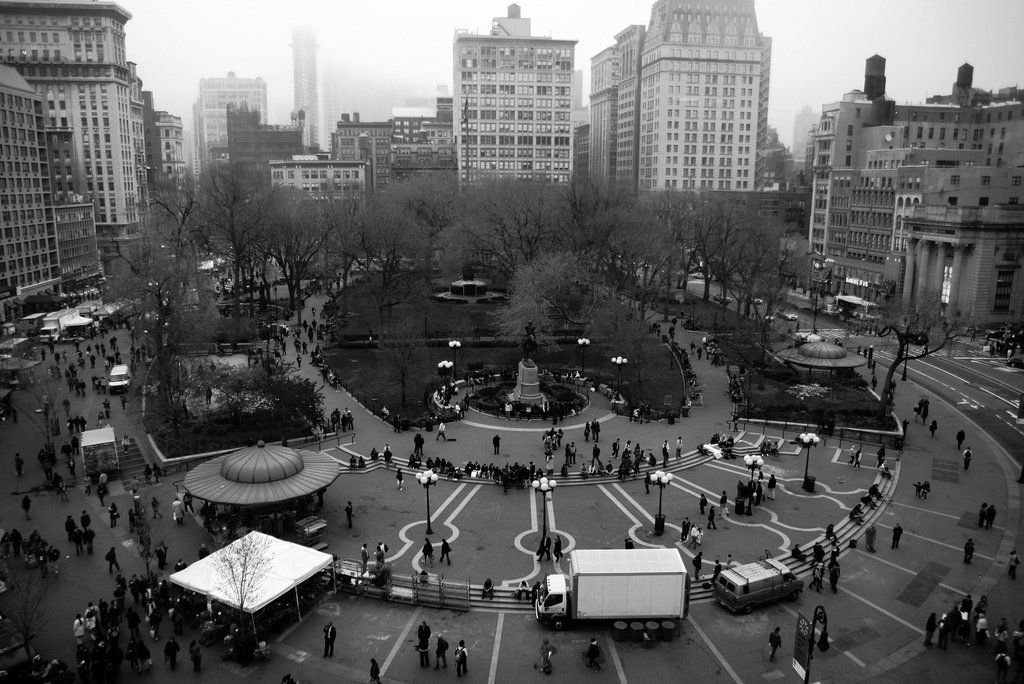 As soon as I’m able to break free from the masses, I put my gameface on. Navigating the major subway stations in NYC requires some strategy, lest you wind up in a perpetual game of bumper cars (the pedestrian version). I assertively make my way through the Union Square station, refusing to pause for anyone who tries to cut me off. Upon emerging from the underground, I’m greeted at the top of the stairs by a hooded man urging me to take a copy of today’s AM NY paper. I’m still in beast mode, so I ignore him and pass right by.

I traverse the square and start walking up Broadway, taking a second to check the time on my iPhone: 10:03. I’m a few minutes “late” to work, just the way I like it. My subtle rebellion is wasted in a laidback start-up environment, but I walk into the office content.