By on Asia Road Trips Vietnam

I was on the fence about Dalat: should I or shouldn’t I visit the Central Highlands of Vietnam? I hadn’t heard all too much about it, and it’d be so easy to just continue on up the coast from Mui Ne to Nha Trang and keep the beach vibes going. But yet… there was something alluring about central Vietnam.

And by something, I mean some THINGS. Dalat is where Vietnam’s COFFEE and WINE are made – aka 2 of my favorite things. Plus, apparently the Central Highlands are *the place* to go motorbiking in this country. Coffee, wine, and biking? As far as I was concerned, Dalat might as well be the promised land. 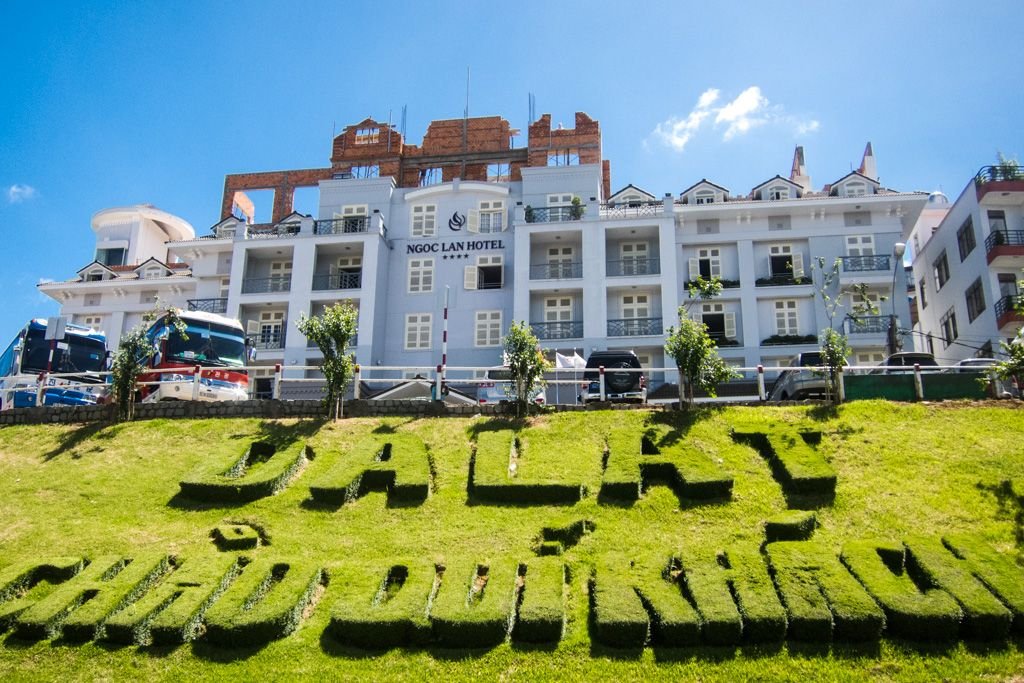 I frolicked around town

Dalat is known as a honeymoon destination for the Vietnamese, what with the mild weather, mountainous views, and fancy resorts. There’s not a whole lot to do IN Dalat, but there’s a plethora of outdoor activities on offer in the surrounding highlands.

When I arrived in Dalat in the early-afternoon, the first thing that struck me was the glorious weather. Gone was the unbearable humidity that suffocates the rest of the country. Dalat was sunny, dry, and in the 70’s – I HAD to get out and frolic in that!

Smack in the middle of town is a massive lake, where you can rent cheesy swan boats or go fishing. Or you can do what I did and walk the entire perimeter of the lake. The views weren’t particularly fetching, but it felt so good to be out in the sun and NOT sweating through my shirt for once. 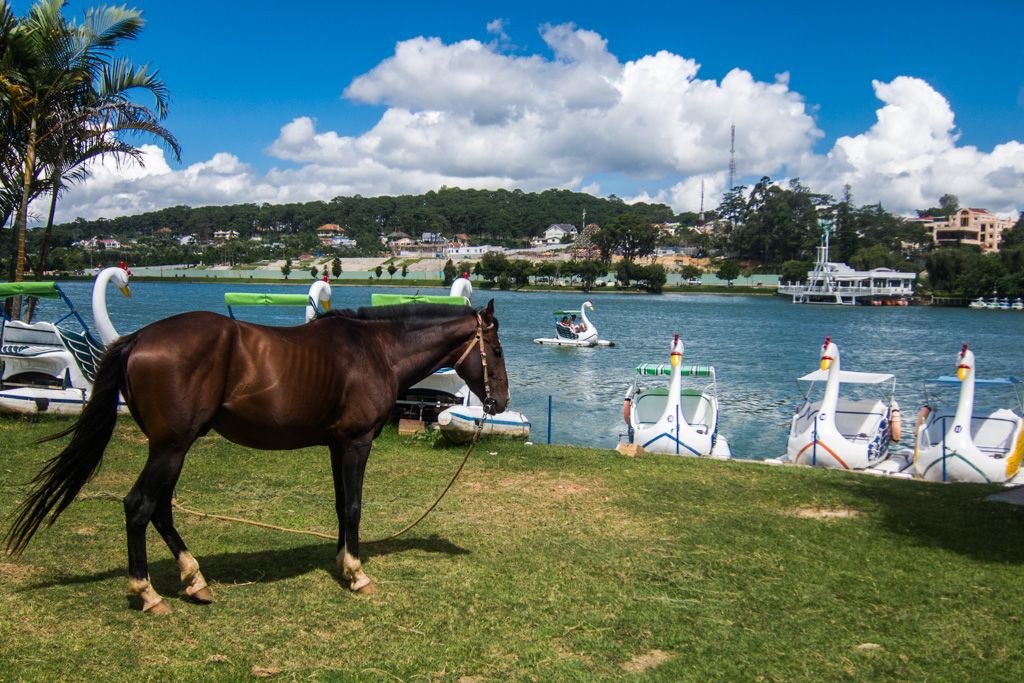 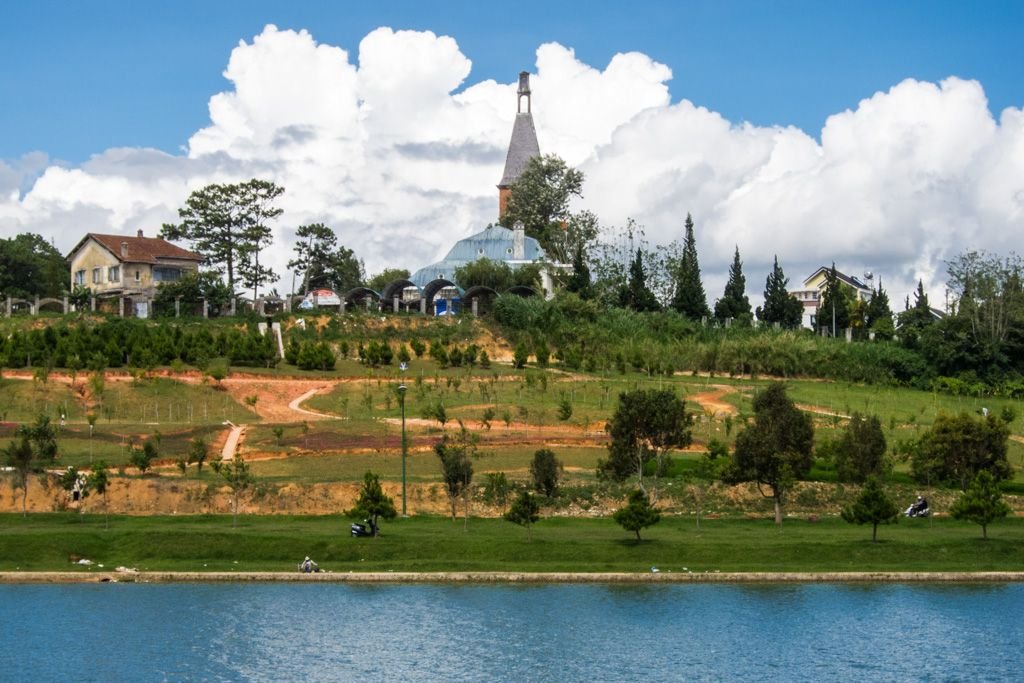 If, like me, you are a lover of all things absurd and ridiculous, you need to pay a visit to Crazy House (aka the Hang Nga Guesthouse). It looks like the lovechild of Gaudi and Dr. Seuss, in the best possible way. You can wander through an open-air maze of narrow staircases, hallways, and themed rooms like it’s a playground. And if you’re feeling like kitsch overload, you can even book one of the rooms to stay in overnight – just be prepared to have visitors walking and peeking into your room all day! 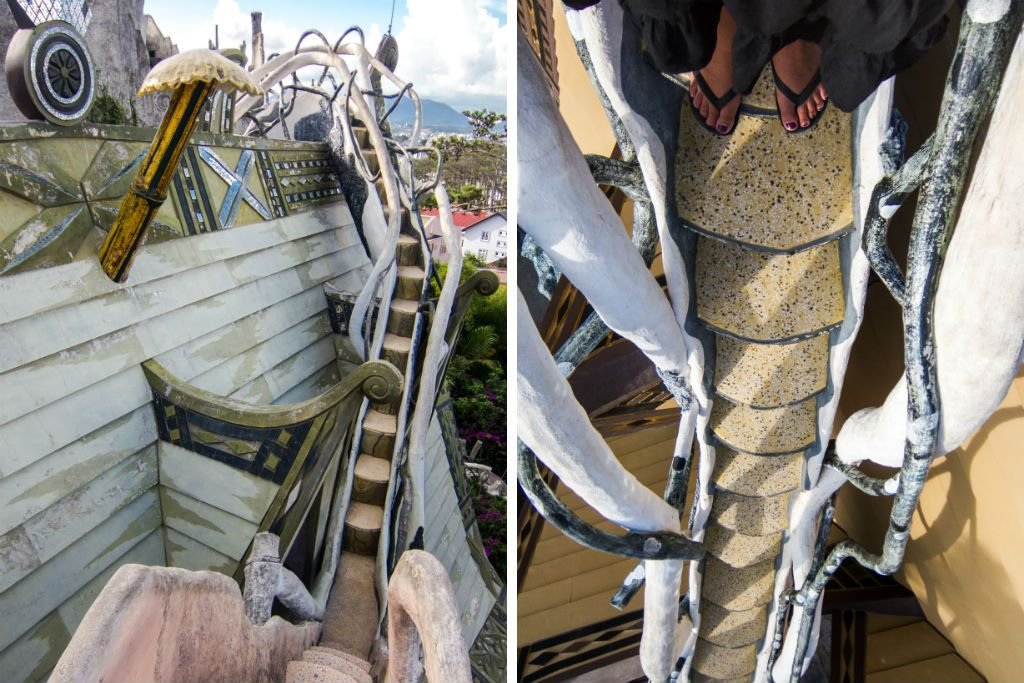 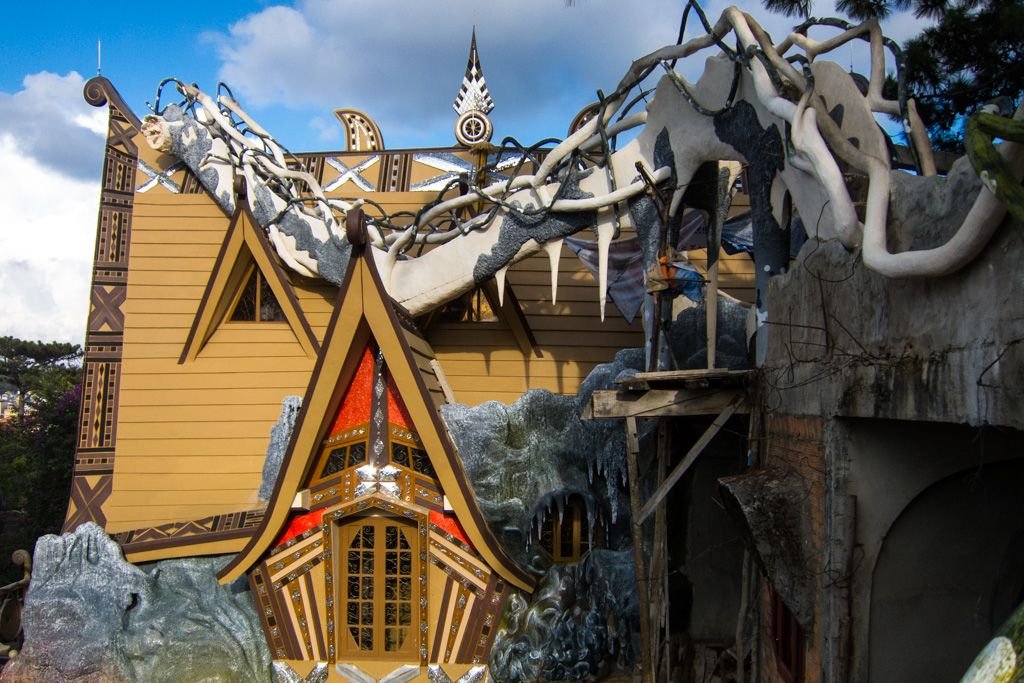 I motorbiked with an Easyrider

The Easyriders are ubiquitous in Central Vietnam. They’re a group of retired war veterans who now provide tours of the countryside on their motorbike. Most popular are the day tours from Dalat, but you can also book multi-day tours which run about $75/day and include all food and accommodation along the way.

Now, the Easyriders are an official group of guides – the *originals*, if you will. Since their inception, many other guides have cropped up calling themselves Easyriders as well. I don’t know if it matters whether you book a tour with an official Easyrider or not; I’m sure you could have a perfectly enjoyable ride with any experienced guide, war veteran or not.

I didn’t even have a chance to shop around for an Easyrider tour. Quite literally, the minute I arrived at my guesthouse, I was approached by a guide. I was about to firmly tell him that I wasn’t ready to book anything yet – I mean, approaching me when I’m fresh off of a lengthy bus ride with my heavy bags is probably the absolute WORST time to try to sell me something. But before he even tried to sell to me, he immediately offered to help me carry my backpack to my room. One rule I made early on in my 2013 Asia trip? Always accept an offer to carry your bags.

I appreciated this indirect sales approach, so I let him segue into his pitch. Between his earnest, gentle demeanor and the fact that it would save me the effort of having to go out and book a tour myself, I gave in and agreed to meet him in the hotel lobby the next morning. 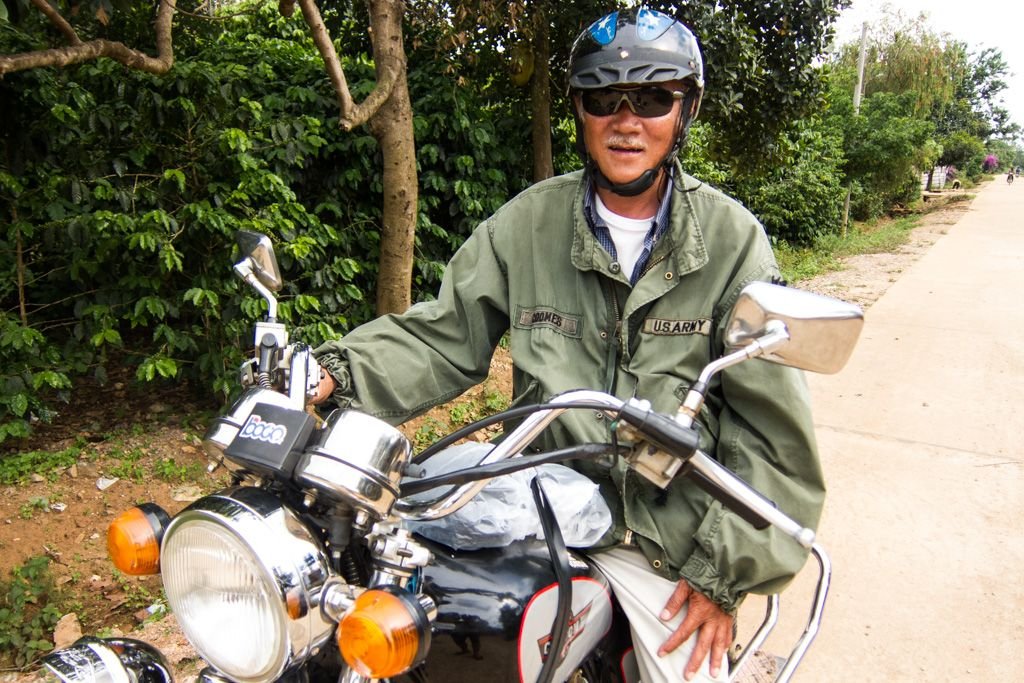 Eagle’s a war veteran; he used to be a part of the official Easyriders group, but now he runs his own motorbike tours. He had a jam-packed tour planned that would have been fantastic on its own, but his narration and passion were what made it an unforgettable outing. The whole day, he regaled me with tales from the war and explained various aspects of Vietnamese life: how silk is made, how people got “rich” off of coffee, how locals came to acquire the land they’re on today.

We drove through the countryside, hit by views like these: 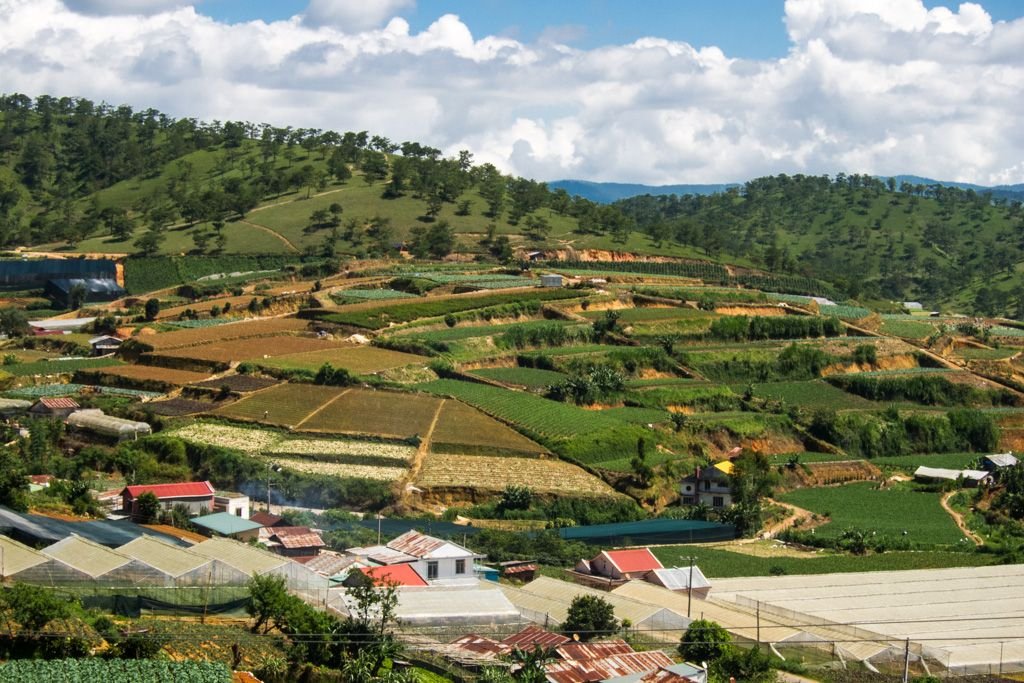 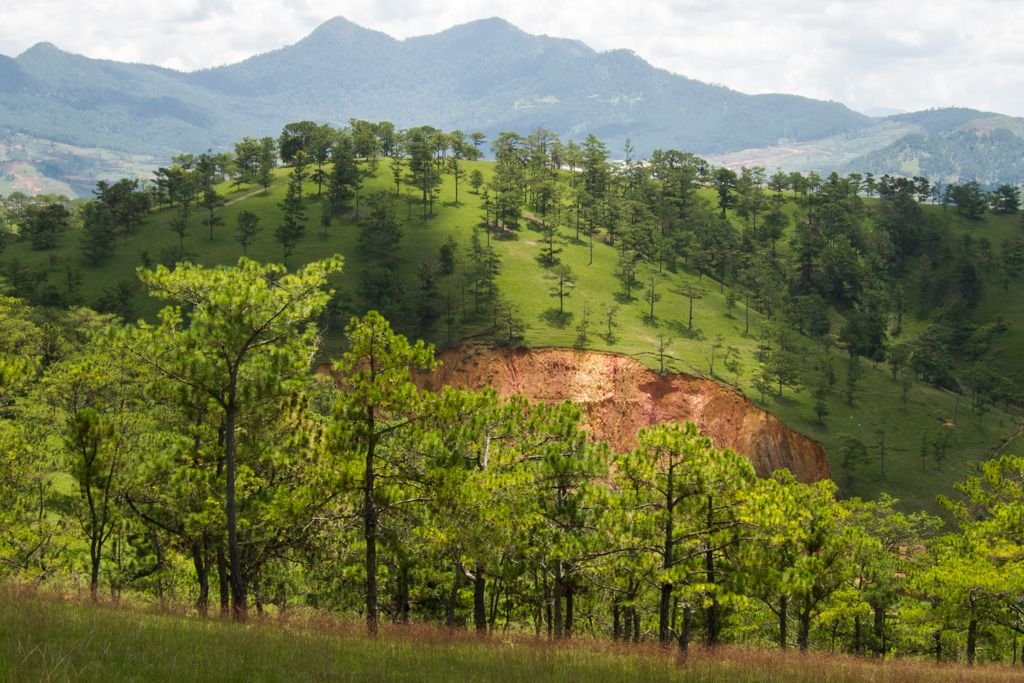 I would have been perfectly content just riding on the back of the motorbike ALL DAY LONG, but we made a bunch of stops along the way: to a silk worm factory, waterfall, flower farm, local village, even a spot in the woods where I went off on my own to do a short hike. 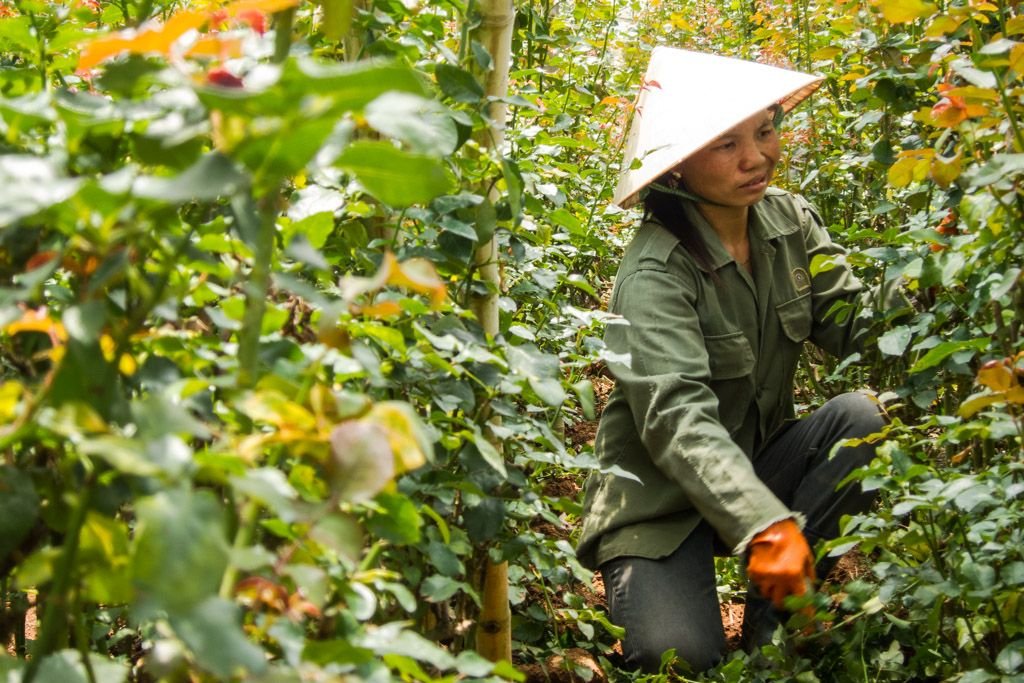 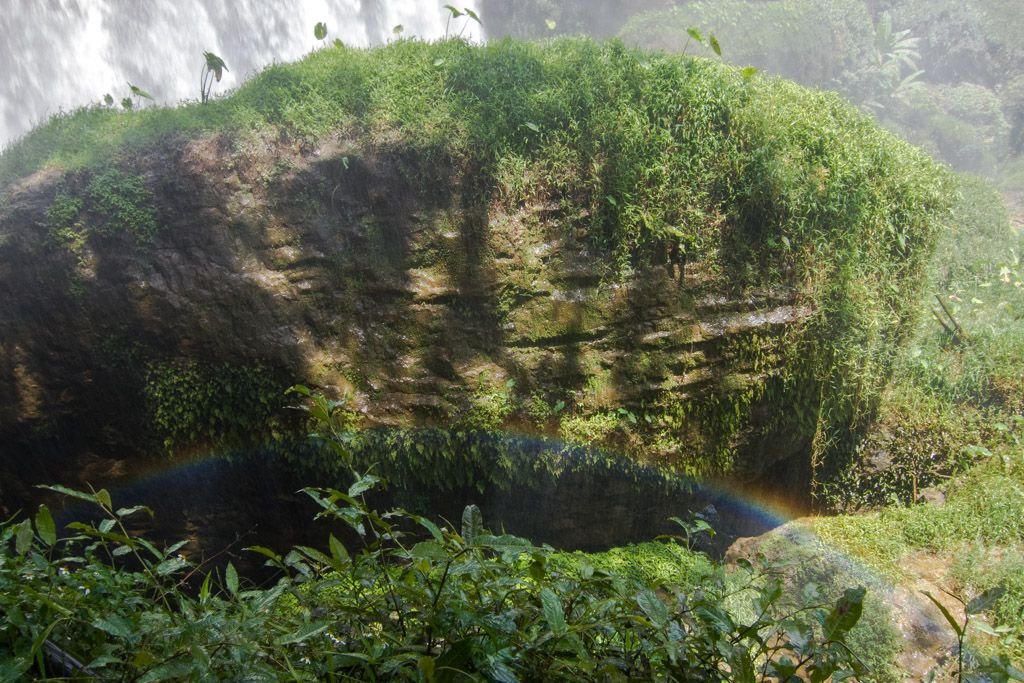 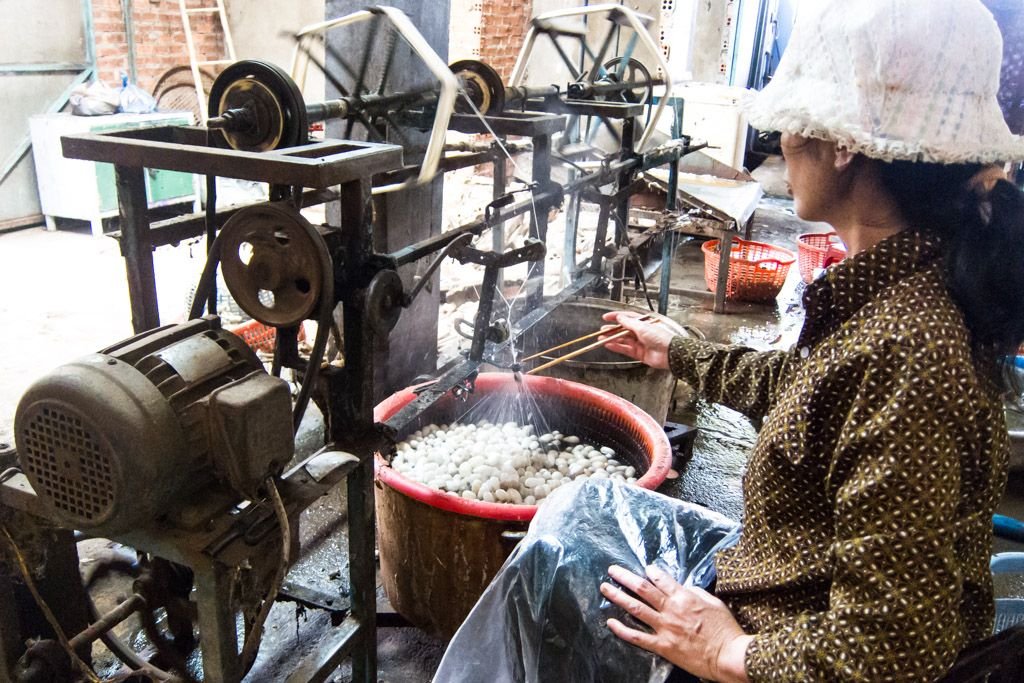 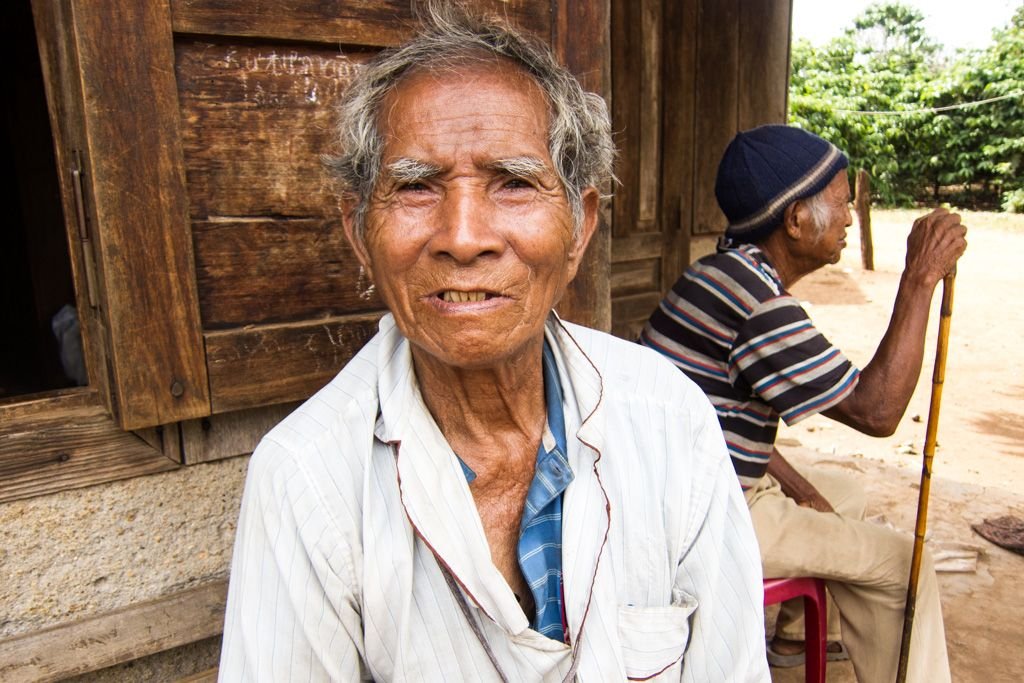 It was AWESOME – one of the best things I did while in Asia. If you’re ever in Vietnam, you should definitely book an Easyrider tour. 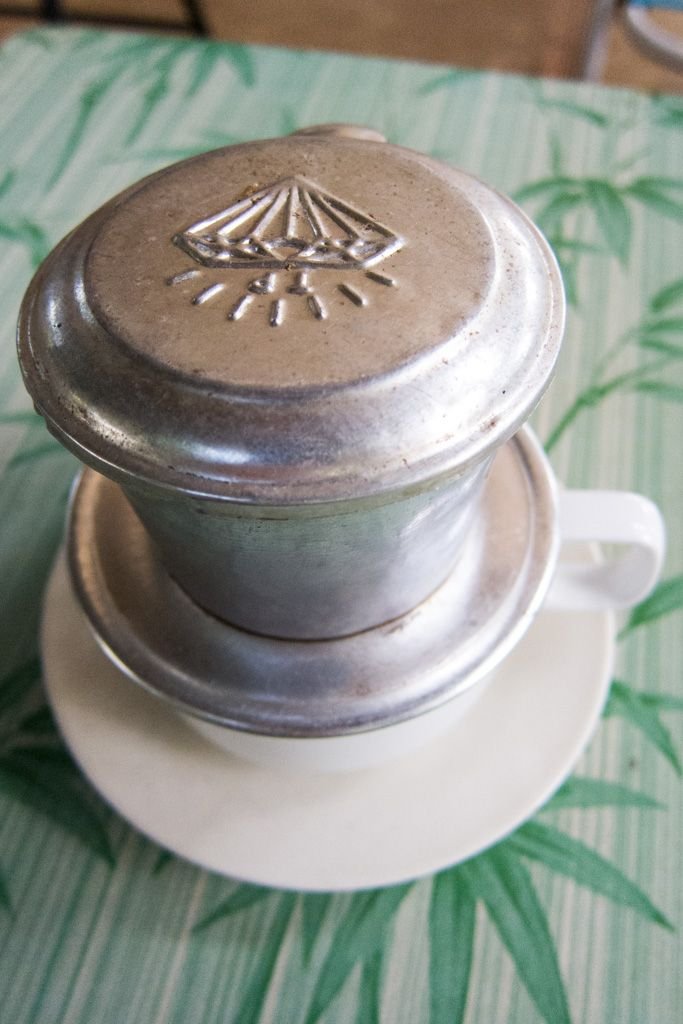 The notorious “weasel coffee” was on my must-do list for Vietnam. What’s that, you ask? Oh, just coffee made from beans that a weasel ate and then crapped out. Eagle kept referring to it as “shit coffee” throughout the day, and then finally he took me to a coffee farm to try some.

You guys – “shit coffee” is DELICIOUS. I’m pretty sure Stumptown could call it their Asian roast and no one would even question it. There’s some sort of magic that happens when the weasel tries to digest the coffee bean: an “enzymatic process that happens inside their stomachs give the undigested coffee beans a rather earthy, chocolaty flavor when roasted and ground“. Upon discovering this, the Vietnamese began intentionally letting weasels consume their coffee beans. The farm we visited had cages full of weasels for this specific purpose. I have to say, I’m not envious of the person who gets to extract the beans – and if that’s part of the reason why “shit coffee” is so expensive in Vietnam, then I totally understand. I paid about $14 for a cup and a TINY bag of beans, which is on par with American pricing. But this coffee rocked my world – and in fact, is STILL rocking it (my roommate and I still have that bag of beans to enjoy in NYC!), so I don’t regret that splurge.

“Weasel coffee” is also a thing in Indonesia and the Philippines. When I eventually make it to these countries, you can bet I’ll be sampling it there too! 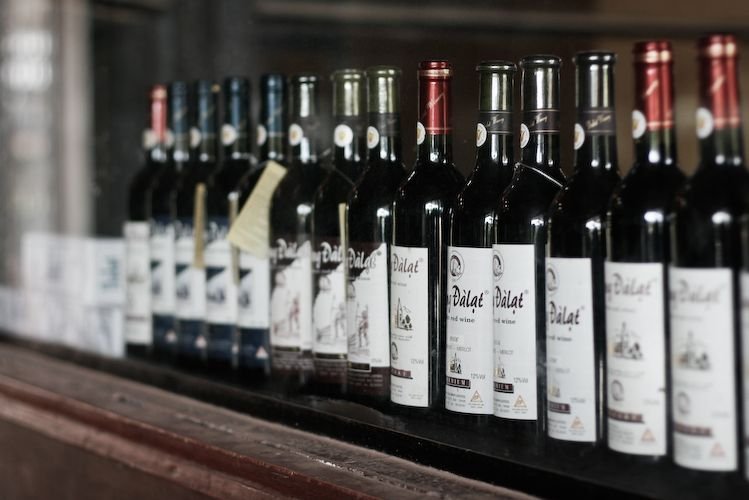 Upon returning to town from the bike tour, I bought myself a bottle of Dalat’s finest red and sat out on my balcony as the sun went down. I won’t say it was anything to write home about (though clearly it made the blog cut) – but for $2, I think I’ve forfeited my right to complain. It wasn’t terrible, considering it was made from rice and not grapes, and it did the job. It was the perfect end to a fantastic day in Dalat.

A daytrip around the countryside with an Easyrider costs 525,000 VND ($25 US). You can book one of these trips with virtually no effort on your part – trust me, the Easyriders will find you!