By on Denmark Europe Flashback Friday

My Danish friend Jasmin probably didn’t expect me to RSVP to the invite for her 30th birthday party in bumblef*ck, Denmark in 2010. But I thought hey, it’s been awhile since my last Europe trip (and by awhile, I mean 2 years). I hadn’t seen her and the rest of my Euro-friends since then. When would we all have a chance to hang out together again?

With that reasoning, I turned a birthday party invite into a 2.5-week trip through northern Europe: from Sweden to Denmark, then down to the Netherlands and Belgium. I met up with Jasmin and our Swiss friends in Denmark, then my Dutch friend Melvin in the Netherlands. I love independent travel, but it’s best when interspersed with meetups with international friends! 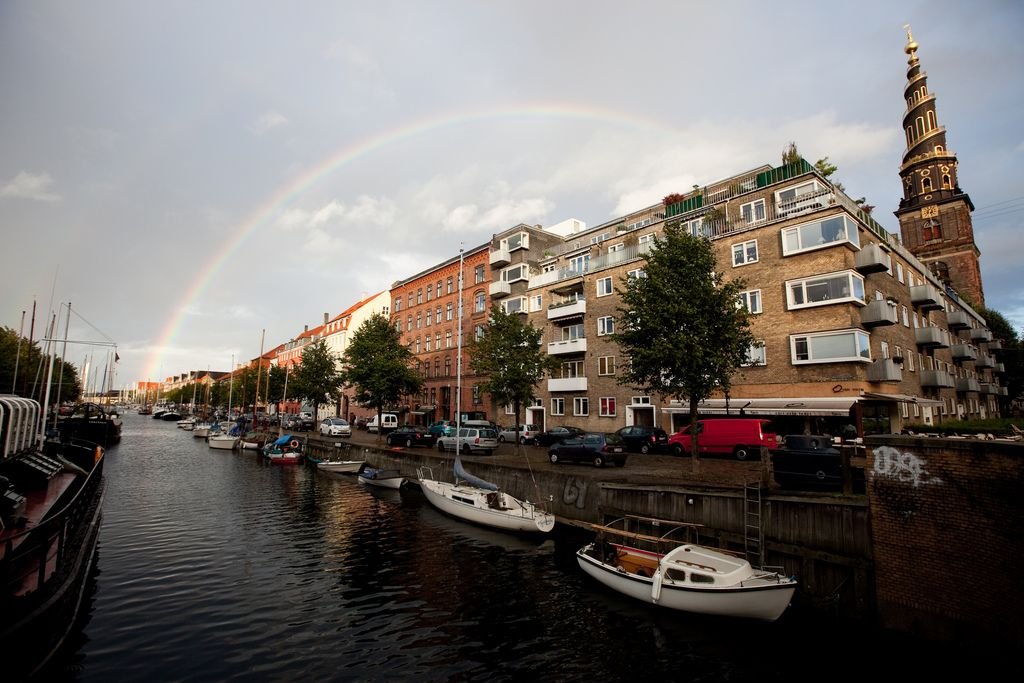 Copenhagen unexpectedly stole the show. I had high hopes for Stockholm and Amsterdam, neither of which really did it for me; I went into Copenhagen with a neutral mind and it won me over immediately. It had just the right mix of grit and charm to hold my intrigue.

While on one of my usual late-afternoon frolics, I caught a double rainbow over the canal. The rainbow, the waterfront, and the light were just BEGGING to be captured on camera. Needless to say, I obliged.

Tags: CopenhagenDenmarkEuropeScandinavia
Previous ArticleBest Coffee In Bangkok: Size S Coffee & Bakery
Next Article In With The Old, In With The New: Balancing Comfort With Adventure