Now that I’ve come down from the high of my 3-week tryst with Brunswick, I’m ready to dish on my love for the Melbourne neighborhood I called home earlier this month.

Here are the things I love about Brunswick:

Brunswick is located just 6km (3.7mi) north of the Melbourne CBD. It’s close enough to the city center that you can hop on the Upfield train and get there in 15 minutes, catch a tram and make it in under 30 minutes, or walk through Royal Park and Parkville and get there in 1-1.5 hours (depending on your frolicking pace).

While Brunswick is close enough to the city that commuting is a non-issue, it’s also far enough away that you can completely separate yourself from the city if you want. With all the residential streets, parks, and thrift stores, it’s easy to forget you’re even in a major city until you glimpse the skyline from Sydney Road. 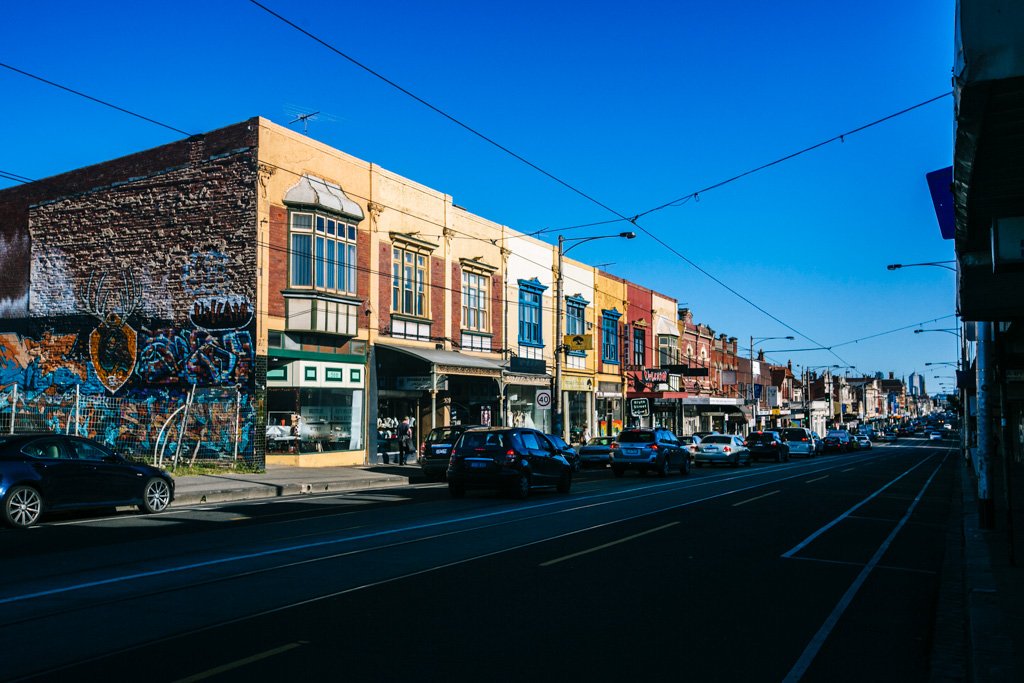 Not surprisingly, a large contingent of Brunswickers are cyclists. The neighborhood caters nicely with its prevalence of bike lanes, bike racks, and signs directing toward major bike routes. There’s even a free tire pump outside of the Jewell train station.

Best of all, 3 major bike paths run through Brunswick and towards the city. They’re completely separate from vehicle traffic, only occasionally requiring you to cross busy streets.

See also: Cycling Melbourne is the Best Way to See This City 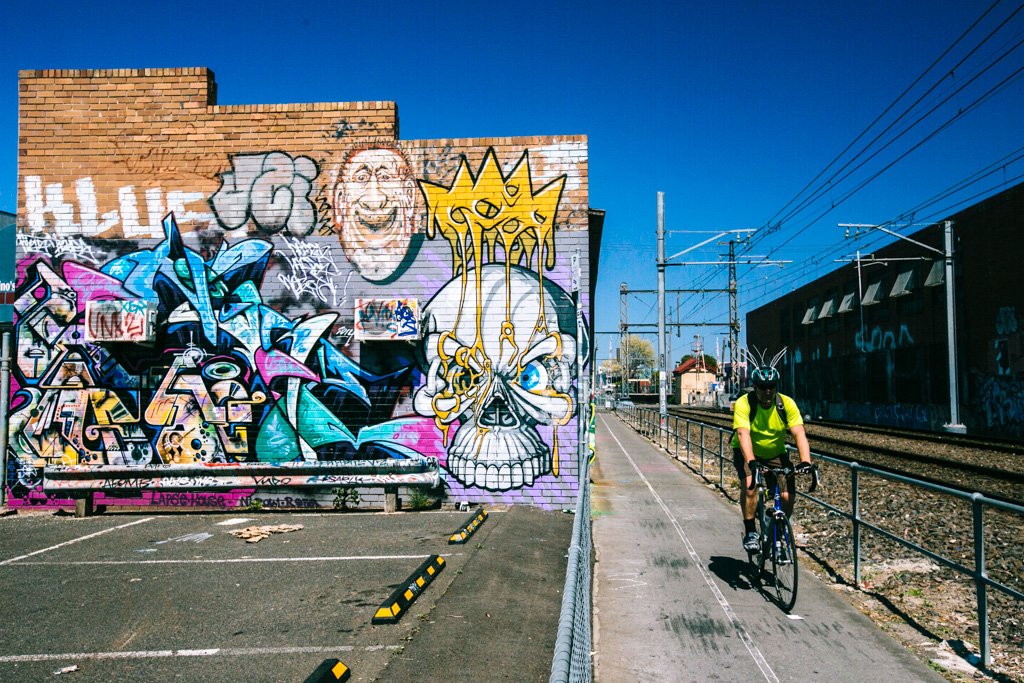 Melbourne as a whole is stacked with street art, but it’s more prevalent in some neighborhoods more than others. Brunswick is one of them, to the point where there’s almost always some form of street art in sight. It’s on the sides of commercial buildings and homes, along the train tracks, in alleyways – pretty much all over the place. 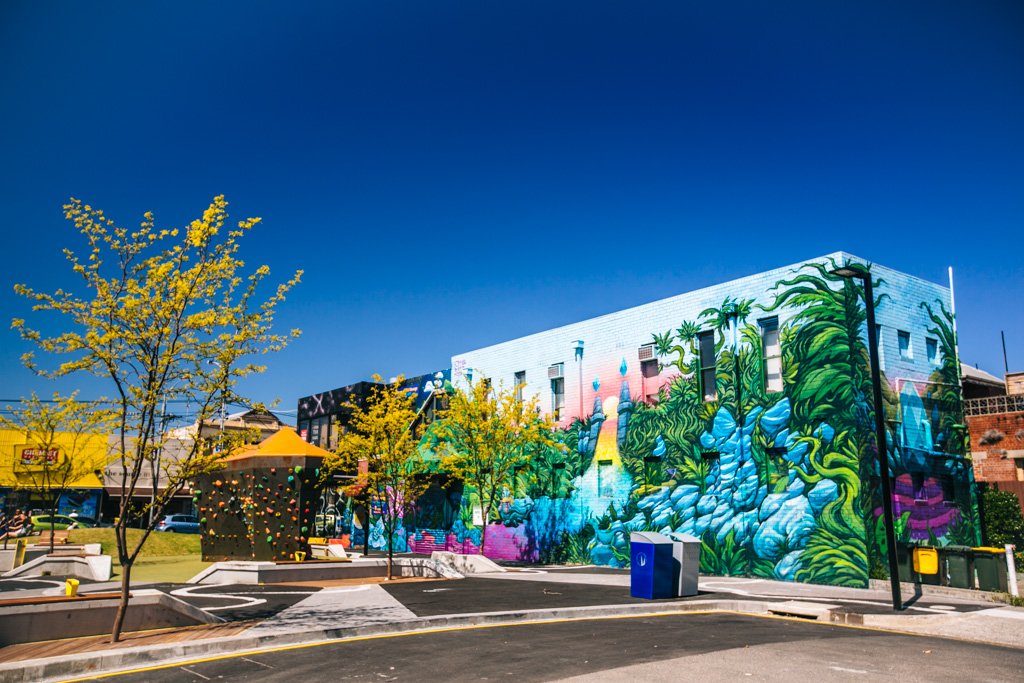 Brunswick’s become the go-to place for thrifting in Melbourne. What we Americans call thrift shops, Australians refer to as op shops (or opportunity shops, aka secondhand stores that often raise money for charity). There’s no better place for a backpacker to snag affordable replacements for the stained, hole-d clothing they’ve been toting around for months. Speaking of which, this is still on my to-do list, but keeps getting bumped due to me constantly getting distracted by a certain plentiful caffeinated beverage (see the next list item below!).

For more thrifting and scavenging, be sure to check out the Brunswick Flea (2nd Sunday of each month) and the Lost and Found Market (every weekend). These might be better suited for those living in Melbourne, not just passing through, as they’ve got some great antiques, home goods, and kitschy decor for sale – perfect for furnishing a home. 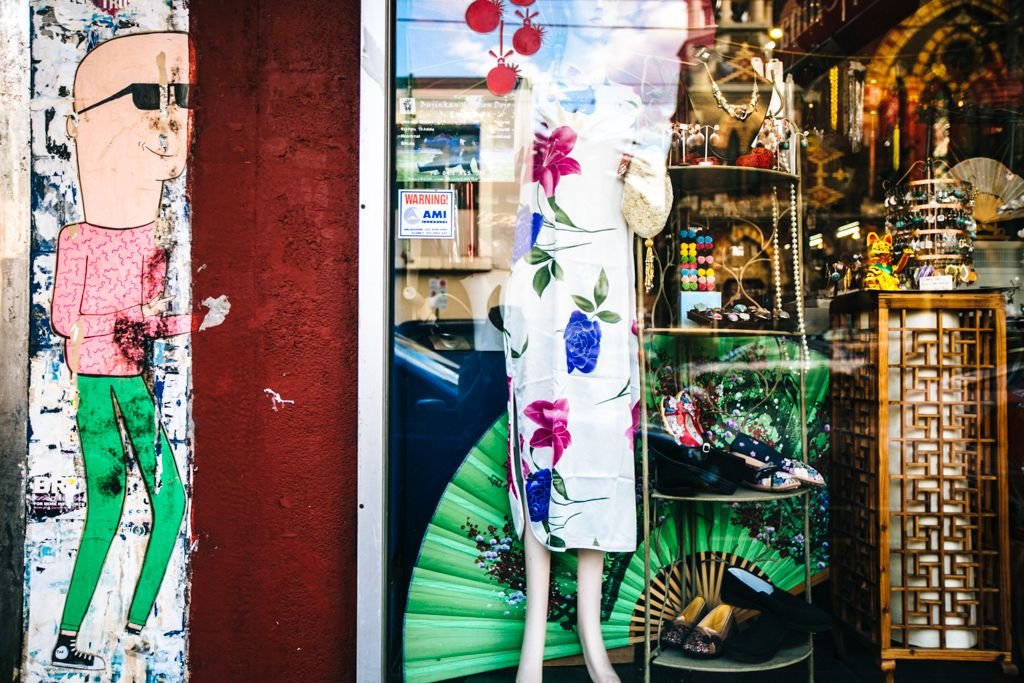 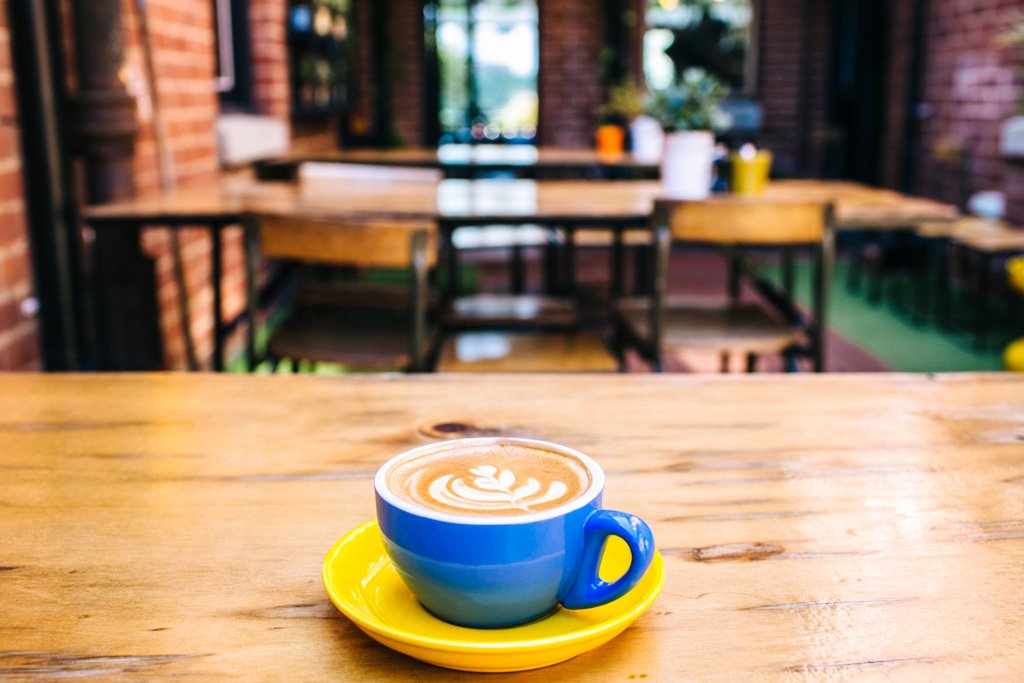 Spoilt For Choice With Coffee Shops

I’m the first to admit that I judge a neighborhood by its coffee shops. As a digital freelancer, I look for cafes with free wifi, adequate outlets and seating, and excellent coffee. Honest to god, I’ve never lived somewhere with such a massive selection of high quality cafes that meet all those criteria.

I loved holing up all afternoon with my laptop at: 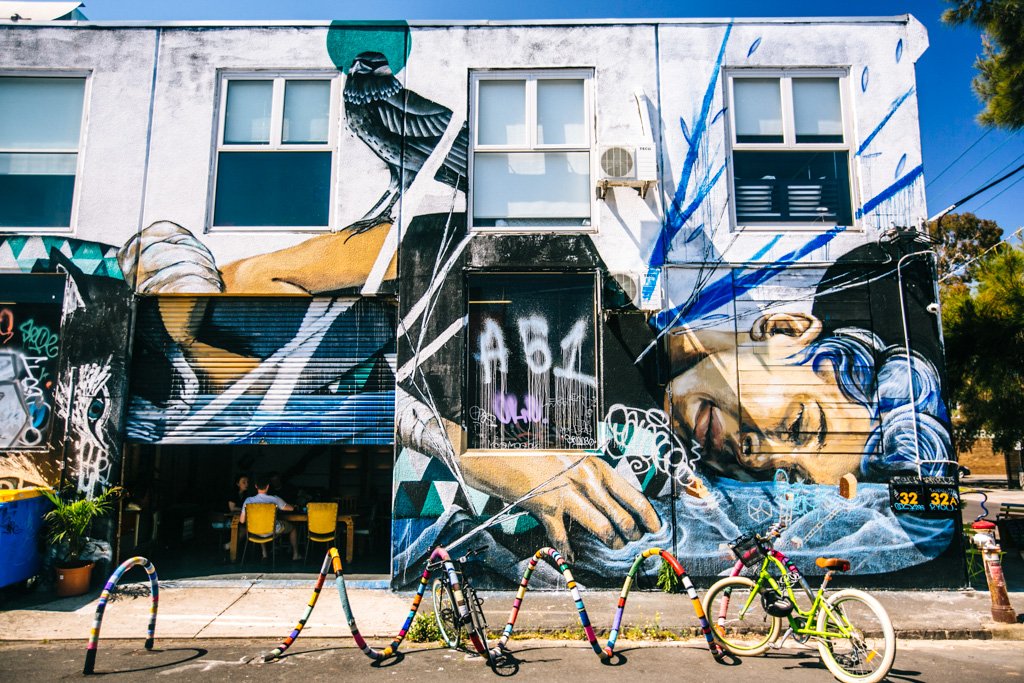 Acustico: coffee, street art, and cycling – all in one!

Admittedly I never got around to trying any of the bars in Brunswick because a). I’m poor, b). I’m not much of a drinker, and c). I was too busy cycling and ODing on coffee, but I passed by so many cool bars that I mentally bookmarked for potential future Sunday Sessions:

In general, if you’re into craft beer, you’ll be in heaven with the Brunswick bar scene. 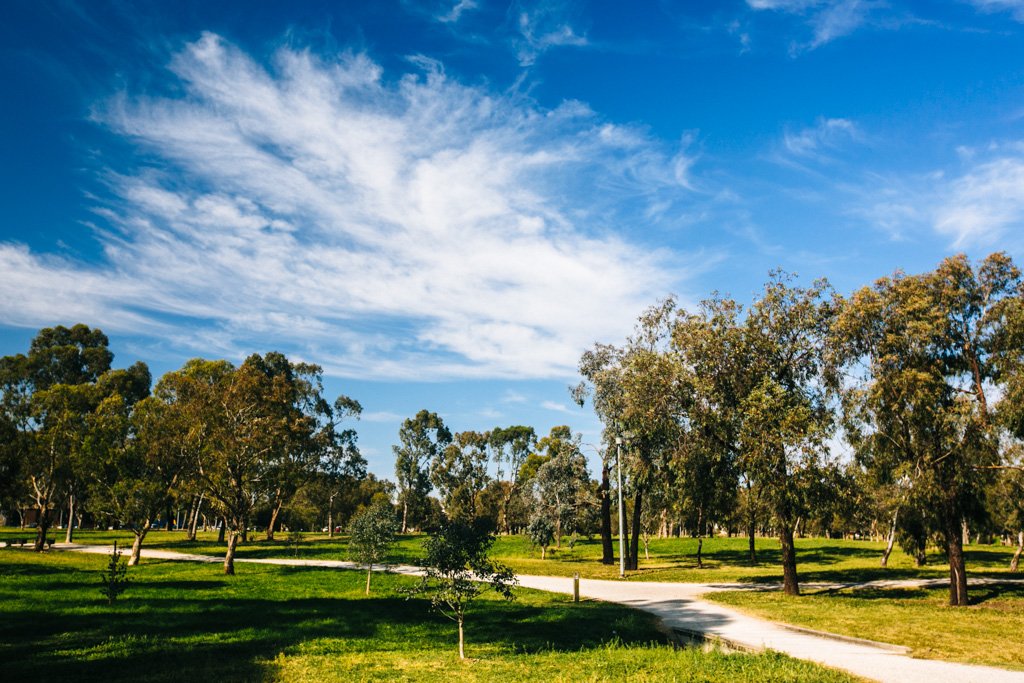 While one might be quick to label Brunswick a hipster nabe, there’s also plenty of families living here. Of course you’ll have the young and hip inhabiting cheap share houses, pursuing their music or other art endeavors and practicing sustainable living. But you’ll also pass by school kids and middle-aged folks on the street, and ethnic eateries on Sydney Road and Lygon Street that run the gamut from Indian to Lebanese. 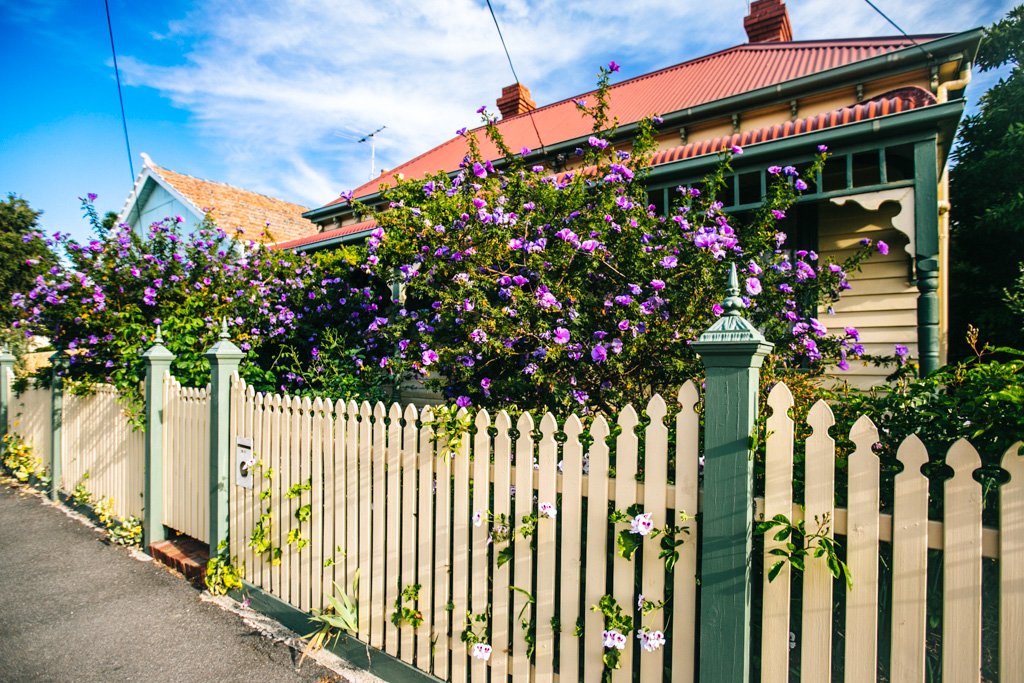 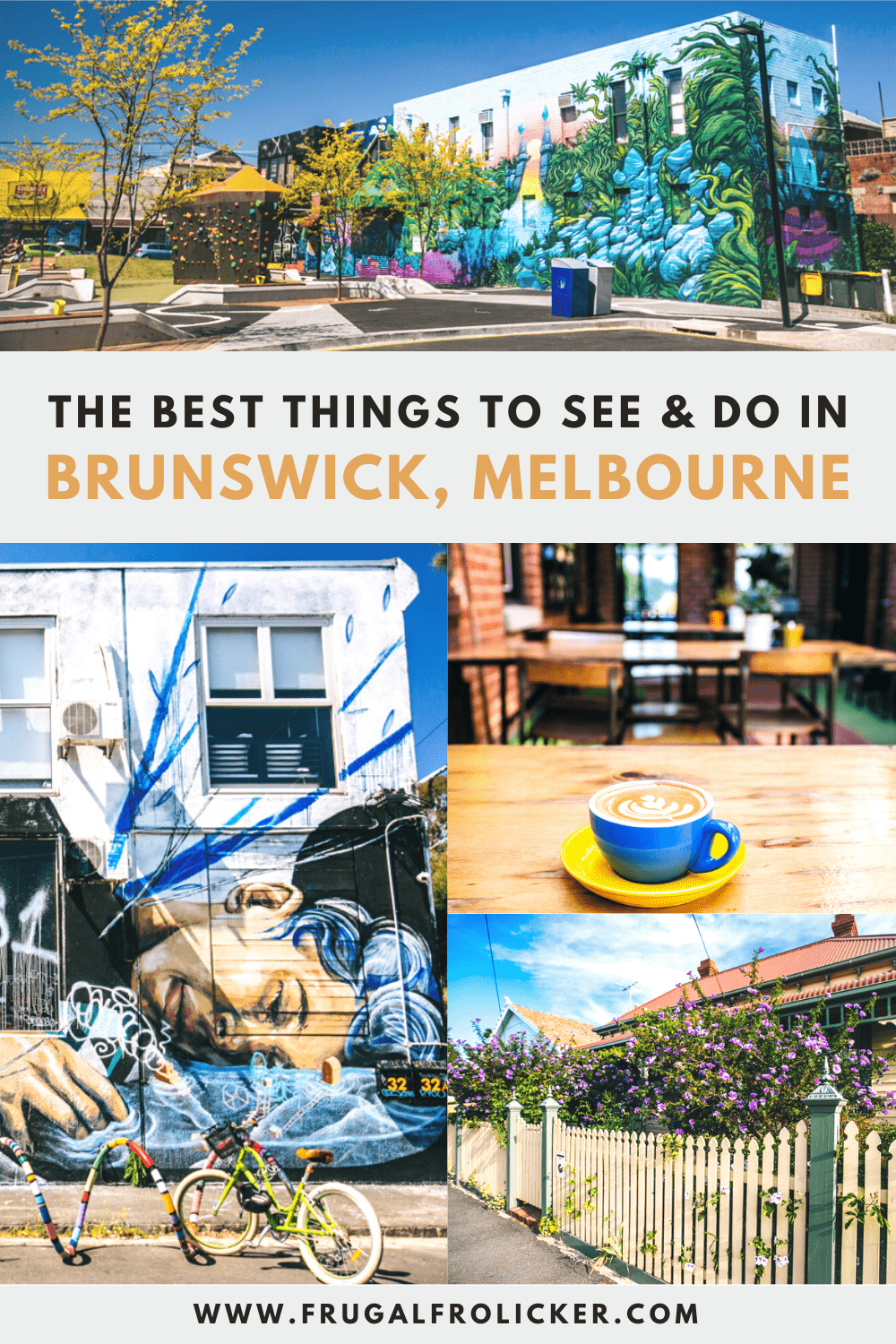 Tags: AustraliaBrunswickMelbourne
Previous Article50 Fantastic Outdoor Activities in NYC
Next Article Where To Go In Australia, And When