By on Inspiration Misadventures

I just wrapped up a 10-day road trip around the Eyre Peninsula, a part of South Australia you don’t really hear much about. It’s definitely not a tourist hotspot –  and though it deserves to be visited and raved about, I’m kind of glad it’s a hidden gem. I am not exaggerating when I say that I saw more shingleback lizards on the roads than cars! And for a hardcore introvert like me, having most of the spots I visited all to myself was absolute bliss ;)

Don’t worry, I’ll be sharing all of the adventures I had on the blog in the coming weeks! But for now, I just want to share one moment from the trip – the very end of it, actually – where things went to sh*t in an instant. 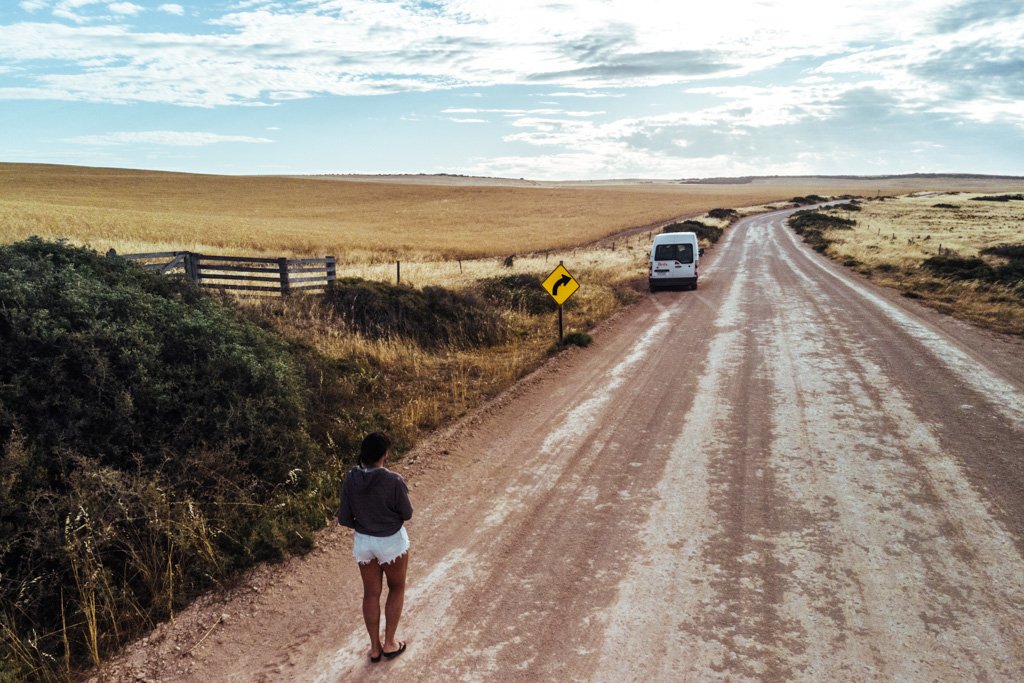 I had just returned my rental car, one of the brand new Action Pods from Britz (a big white van converted into a campervan, SO GLORIOUS), and was standing off to the side packing up my belongings when I noticed the staff were taking a long time inspecting the vehicle. “Did you get into an accident?” one of them asked me.

Uh what? I’d just driven 2800+ km like an overly-cautious grandma… I mean sure, I’d gone down a few questionable dirt tracks that maybe scuffed the van up a tiny bit. But I’d never hit anything, and I never noticed any damage.

Then they pointed out some light cracks in both of the headlights… like, cracks that hadn’t gone all the way through and were only noticeable if you stopped and looked closely. “Sorry, we can’t give you your bond back,” they told me.

I’d barely had time to process the fact that they were keeping my $5000 when I got a text just seconds later saying that my flight back to Sydney that evening was cancelled. 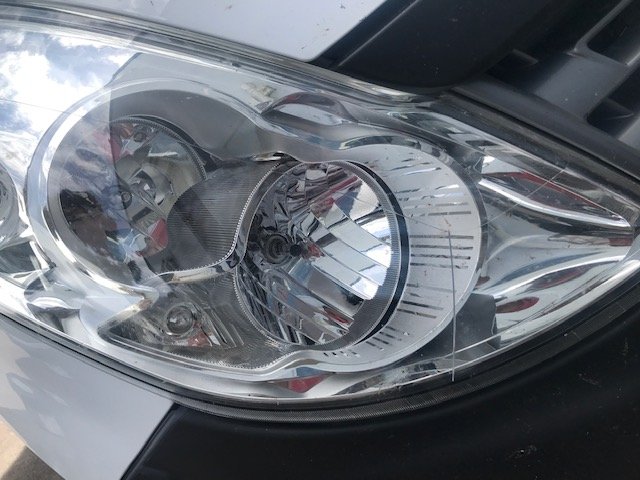 But wait. Was I really about to let this amazing trip be ruined by a couple of unfortunate events that I had absolutely no control over? HELL NO.

I quickly became aware of the fact that, if I didn’t do anything, an automatic freakout would happen… and I shut that sh*t down straight away.

Here’s the exact thought process I went through that helped me stay positive: 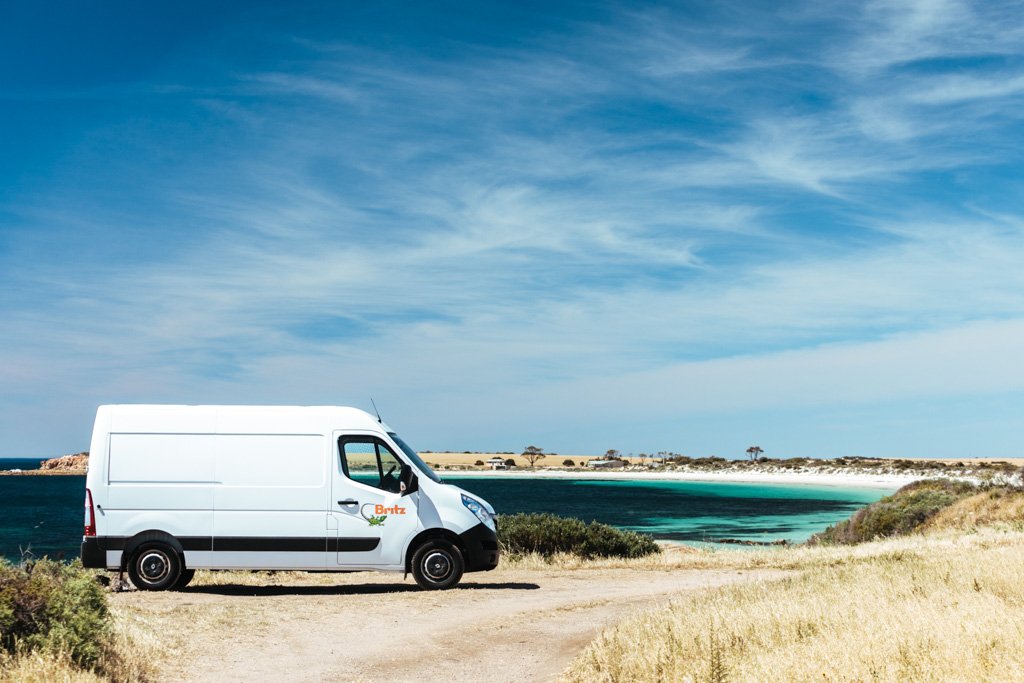 Was the damage done at this point in the trip? We’ll never know.

First, I commanded myself NOT to freak out. Or to be more specific, I commanded my subconscious not to freak out, as that’s the part of the mind that automatically runs certain processes and programs (like the freakout response to sudden negative events).

The subconscious mind LOVES to follow commands… but more often than not, we sit back and let it run the show instead. This first step interrupts that automation and says, wait a minute, *I* am in control here.

My next thought was, no matter what happens, it’s going to be ok. How do I know this? Because in my 34 years of life, it’s never *not* been ok. I’ve always been able to handle what’s thrown at me, so why would it be any different this time?

Note: This is basically my version of Marie Forleo’s “everything is figureoutable” mantra… and FYI her new book is well worth a read! 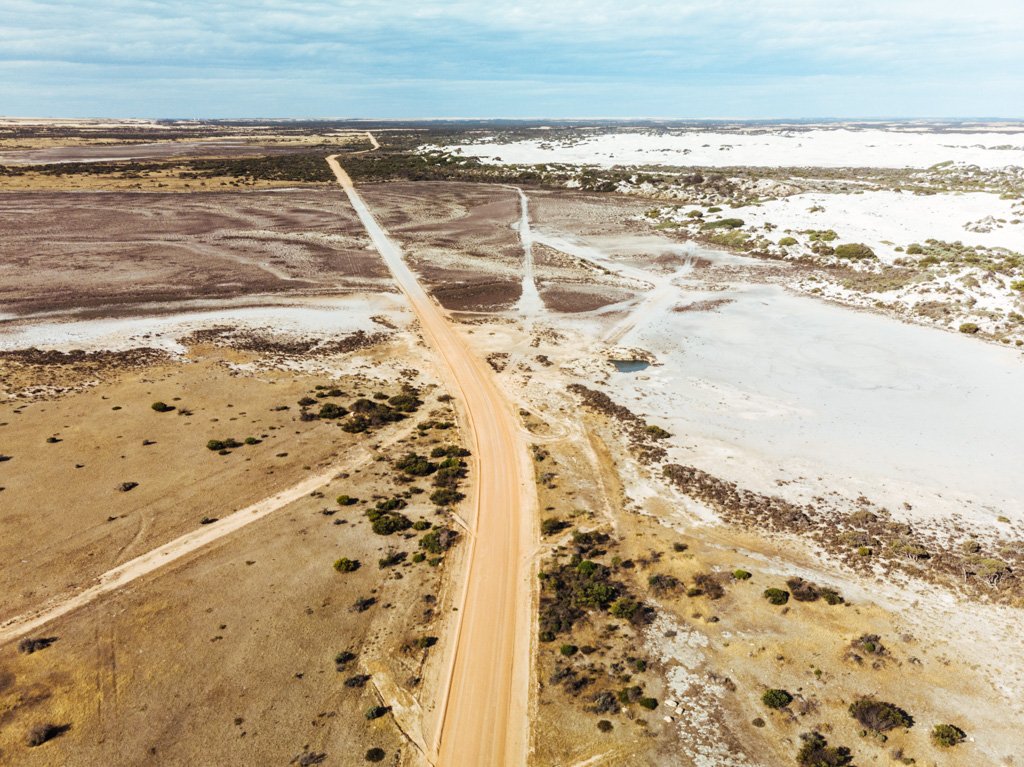 Then I started to rationally think through all of the FACTS of the situation, e.g.:

Reciting the facts of the situation helped calm me down because once I registered them, I realized that the situation wasn’t as bad as it initially seemed.

And finally, I reminded myself of everything I was grateful for in that moment:

Practicing gratitude always brings me contentment and gets me to be very present. So rather than letting my mind speed ahead and fret about what’ll happen next, I think about what I’m grateful for and it puts everything into perspective. 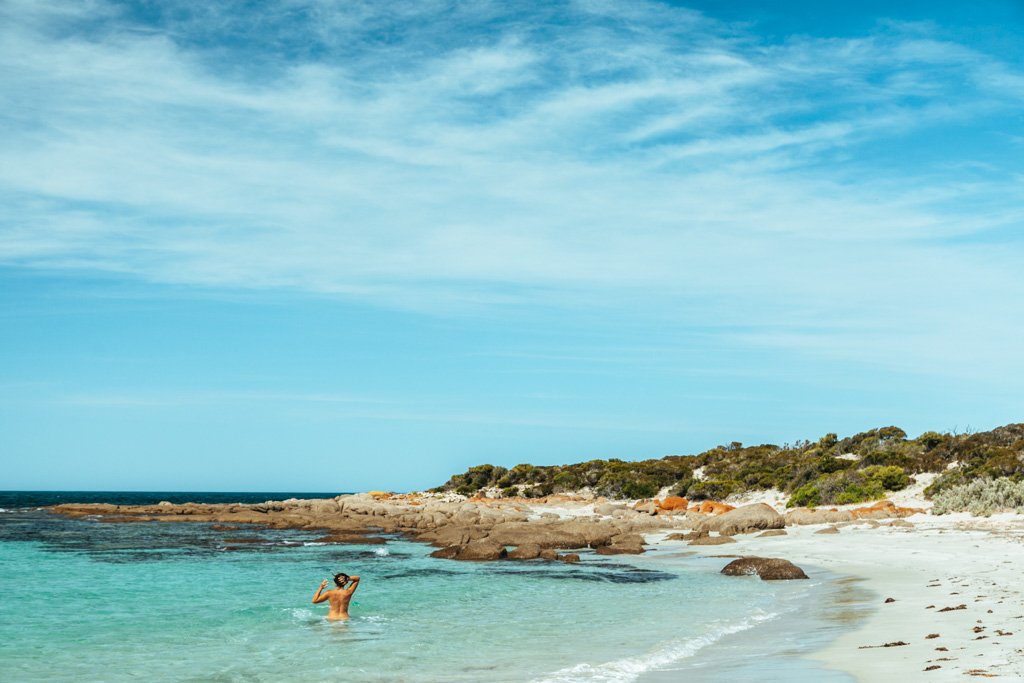 Also grateful for empty beaches because it means no swimsuit necessary!

One last step that is easy to overlook, but oh-so-important for reinforcing this new thought pattern, is taking a second to pat yourself on the back.

After the dust had settled and I was at the airport waiting to check in for my rebooked flight, I reflected on what had just happened. In real time, I wasn’t conscious of following the steps I just outlined above – but when I replayed the scene in my mind, I saw myself taking control of my emotional state and doing what I had to do to preserve the high I was on from the road trip I’d just finished.

Past Lindsay would have let these negative events kill her vibe and would undoubtedly be fretting over them for days to come.

Present Lindsay knows that this way of thinking DOES NOT SERVE HER, and has learned to master her emotions in recent years. That’s incredible growth that I should be proud of.

As for what happened next?

Jetstar rebooked me onto a Qantas flight that was leaving for Sydney around the same time as my original flight was meant to leave. So, no time wasted there. But the cool thing is that Qantas is a full service airline (vs Jetstar being a no-frills budget airline)… which meant that we had in-flight entertainment and dinner service (free alcohol included) for the 1.5 hour flight. How good is that! I actually ended up better off with my canceled flight.

Now, imagine if I had spent any amount of time freaking out over my flight being cancelled. That would have been such a waste of energy! I’d have freaked out over nothing because actually, I ended up with something better. 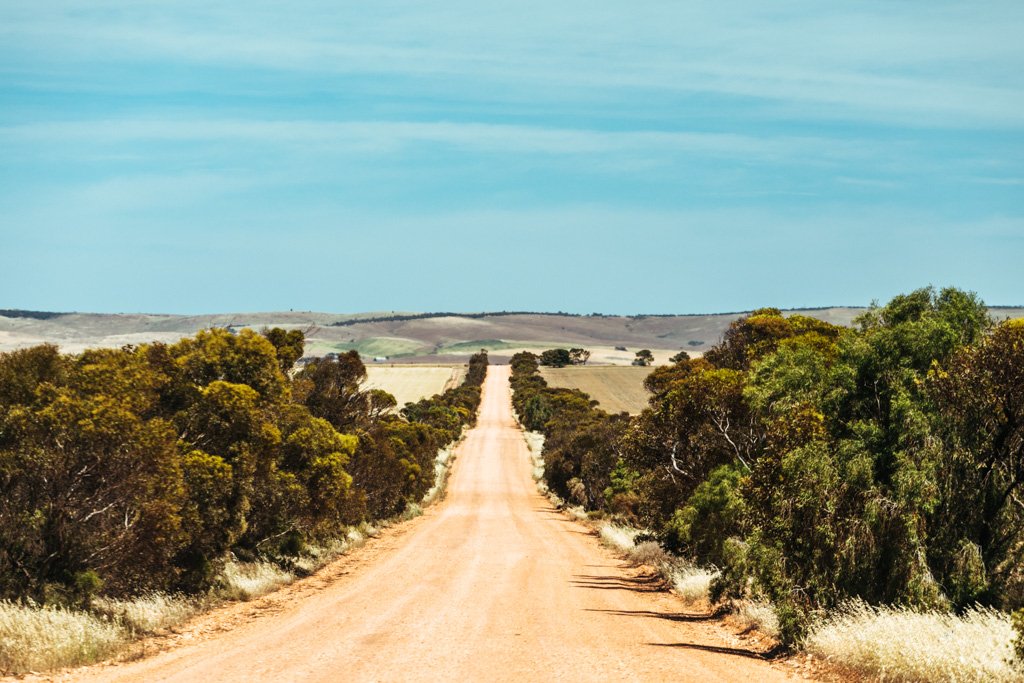 And for the car rental, Britz notified me the other day that the van was going in for repair and that they would be in touch afterwards with the paperwork. That’s all I really wanted to know in the interim, that this would all be resolved ASAP so that I don’t have a big chunk of money tied up for too long.

As for how much the repair costs and how much my credit card’s car insurance will cover, I’ll have to update this post once I know. I’m hopeful that the damage will be fully covered, but I’ve never had to make a claim before so I’m not entirely sure yet. Stay tuned for an update!

I wanted to share this story because it’s a great example of how I’m committed to my top value in life: FREEDOM.

There are soooooooo many layers of freedom to it: driving around exploring a new part of the world to me without any plans or restrictions, having the ability and the means to book a flight 6 months out and take 10 days to travel on my own without working, being able to do what I want when I want (on this trip, and for the most part, in my life in general).

But also: freedom from external factors having a negative impact on my mood, day, or experience.

Because when I let other people or events trigger a negative response in me, I’m giving them power and control. I’m giving AWAY my freedom to feel how I want to feel. 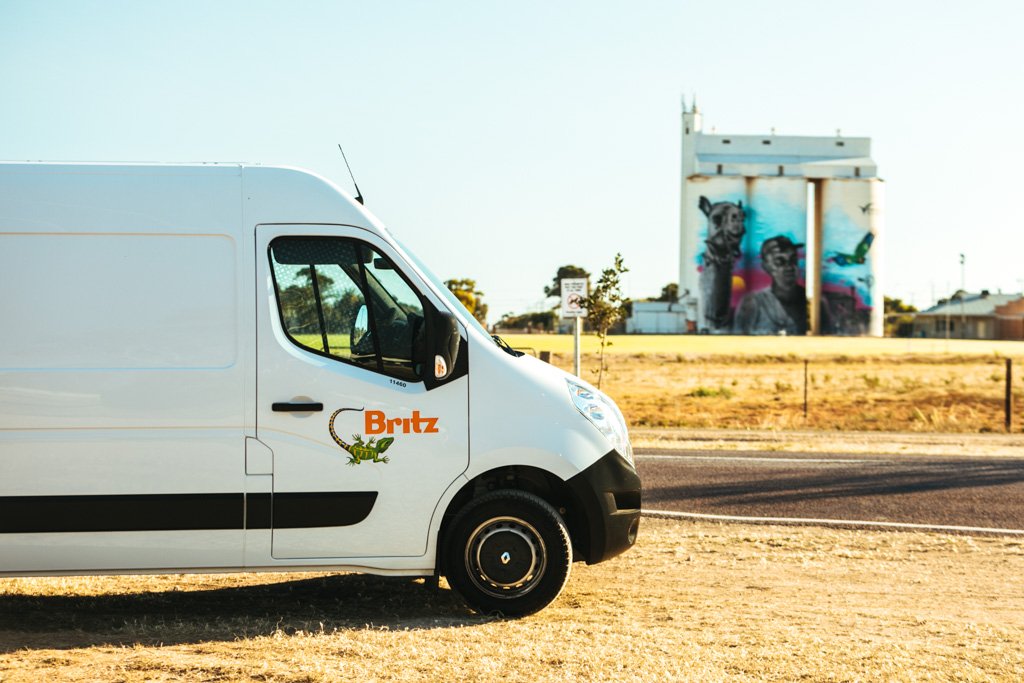 Though I was good at not letting it happen in this instance, there are plenty of times in recent months where I DID give my power away and let things outside of me determine how I felt inside. I let them trigger an automatic negative response in me that made me feel crappy and disempowered. But that’s NOT how I want to be living!

I don’t want to let external events rule my inner state, so I’m going to keep working on following the framework I mapped out in the 5 steps above. It’s an ongoing practice of emotional resilience.

Because guess what? Emotional resilience = more freedom… and I’m alllllllll about that freedom lifestyle.