Note: I know I said I’d never fly with Jetstar again, but I eventually calmed down and reasoned that maybe I had caught an employee on a bad day. The truth is, you can snag some incredible flight deals with Jetstar if you book during their sales or Frenzy Friday events. I’ve flown Jetstar Airways numerous times since publishing this post in early 2015 and have had nothing but pleasant experiences with their staff since then. How strict is Jetstar with carry on baggage these days? Well, I’ve only had my carry on weighed once or twice since this original incident.

Have you ever heard of an airline imposing a 7 kg (15 lb) weight limit for carry-on baggage? I reckon I’ve read some fine print here or there, or seen those box frames by check in counters with a sign asking “Does your carry-on bag fit in here?” (implying a maximum bag size). But in my 17 years of flying, I’d never seen such a stingy carry-on allowance, much less seen a weight limit actually enforced for it.

This seems to be a thing Australia-wide, with all local carriers imposing the same 7kg cabin baggage limit. As to whether this baggage limit is actually enforced, I gather that it varies by airline, destination, employee, and any number of other variables on a given day. My take is that most of the time you can probably get away with having a carry-on bag that’s a little bit over the limit. Sometimes they might weigh your carry-on baggage upon check in; occasionally they may weigh it at the gate before you board your flight. 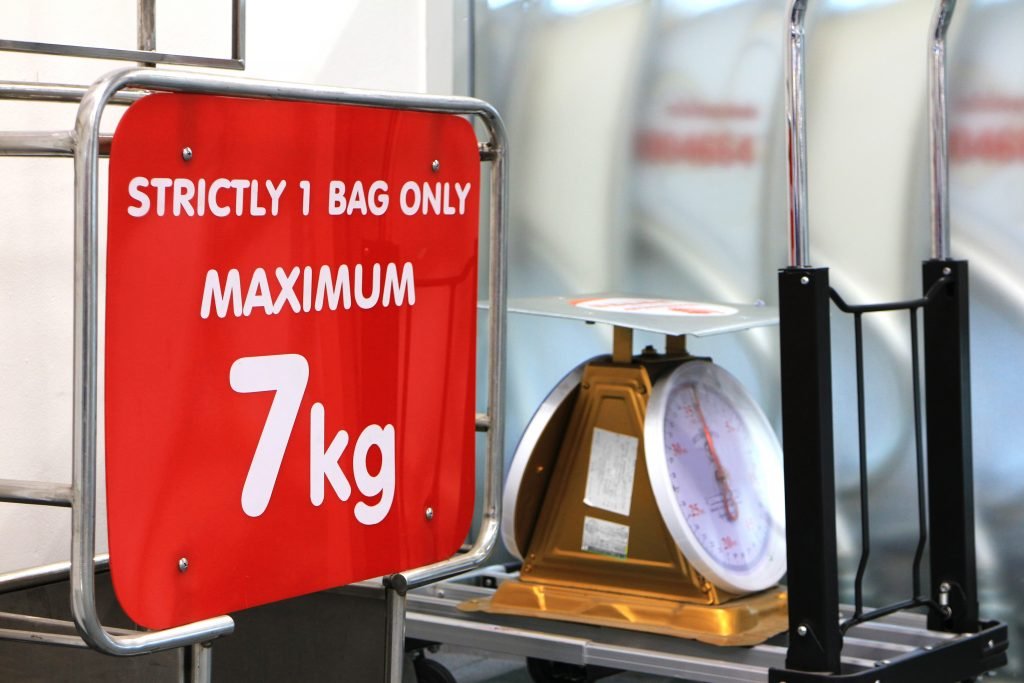 Bane of my traveling existence.

Oh but the fine agents at Jetstar Airways at Sydney Airport were taking no shit at 5am when I checked in for my 6:15 flight to Hobart back in January 2015 (don’t worry, I’ve already made both mental and physical notes not to EVER book a flight that early again). Dazed and functioning on just a few hours of sleep, I stepped up to the counter and flopped my modest-sized backpack down.

I don’t do mornings (or obey baggage limits).

“And now we just need to weigh your carry-on bag to make sure it’s under 7 kg”. Uh yeah, it’s definitely not, I told them. Had I been properly awake, I probably would have guffawed and been like HAHA yeah right, that’s a good one. “There’s a 7 kg limit total for all carry-on items. You’re going to have to put some things in your checked bag,” he sternly told me.

“But… but this is all my photography equipment. I can’t check it – it’s all fragile!” I stammered in disbelief. Is he for real right now?

“That’s the rule. We make no exceptions – everyone’s got some special needs. 7’s the limit.” Wow, way to make the customer feel appreciated.

“Can I speak to a manager, then? I really can’t check this gear.” I started getting desperate, nervous, irate.

“Sure, right there,” he pointed to a woman two counters down. “She’s got 11 kilos in her carry-on.”

“Oh no no no, 7 kilos only,” she shot back without so much as looking at me.

“Oh my god, I’m going to have a meltdown”. I felt my heart racing, my eyes tearing up. Was this really happening right now? 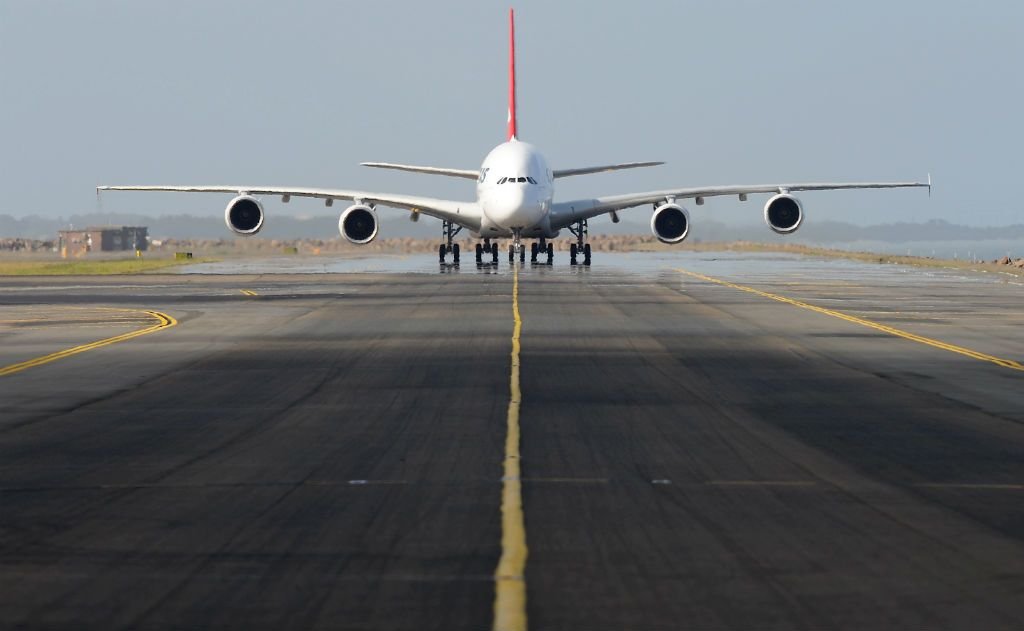 Photo credit: Sydney Airport
“Well that’s not going to help anyone,” he said without sympathy. OBVIOUSLY. Also: did he really just say that? ‘cause THAT’S not going to help, either. “Can you pack anything in the center of your checked bag?”. As if that would make my $2000 lens and $3500 camera immune to damage and theft.

“I… I guess?”. Admitting defeat, I ripped open the stuffed backpack I’d so diligently packed the night before and fumbled around to make room. In the center of the bag, obviously, taking this bugger’s sage advice. I fought back tears at the thought of anything happening to my expensive gear, especially at the start of a particularly photogenic trip.

Once all my bags were within the imposed weight limits, he finally handed me my boarding pass. “I know you have nothing to do with this policy, but it totally sucks”. It felt good to vent for a second.

“Well we can’t tell passengers how to pack their bags – they need to follow the rules and pack accordingly.” I felt like that merited no response on my part, so I grabbed my now-lighter carry-on and headed toward security without a word. 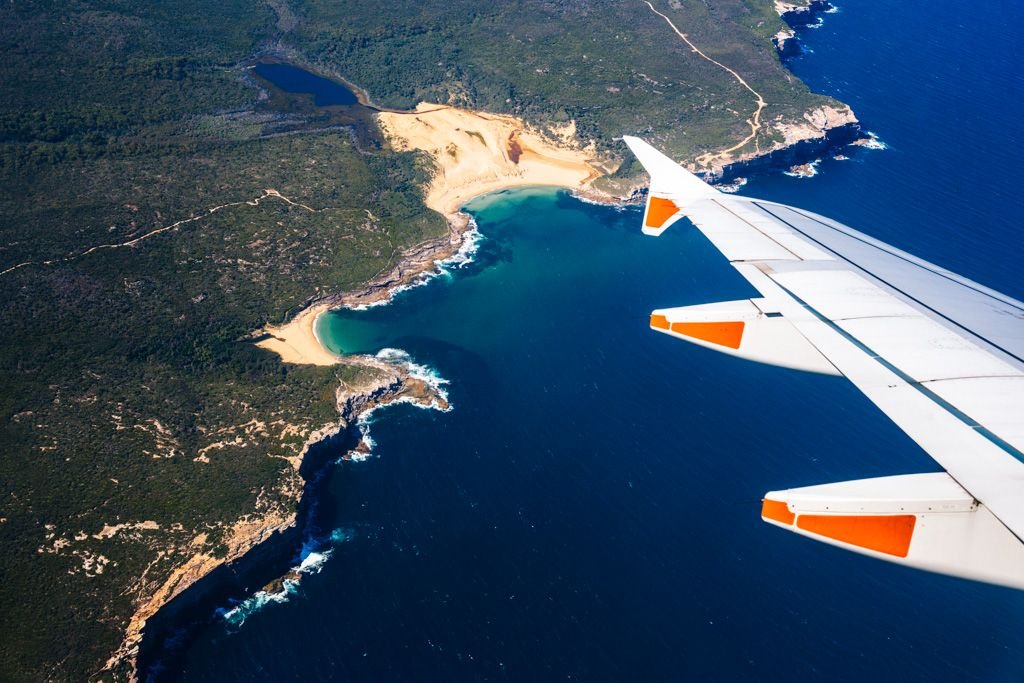 So, to expound upon the plain fact that THIS IS ABSURD – but mostly just so I can rationally vent for a hot second – I have a few thoughts on this debacle:

I totally get why an airline might instate a carry-on limit, especially a budget airline: to get passengers to pay for checked baggage, as opposed to everyone carrying on all of their things for free. I’m right there with them, because those people are the worst. They hog all the overhead compartment space. Mostly I’m just jealous, because I can never be a carry-on only kind of flier with all the extra photo gear I bring along with me.

The thing is: I’d prepaid for the maximum amount of checked baggage allowed, 40 kg, because I was originally planning on flying with all of my belongings from Sydney to Tassie and traveling on from there. I only used about half of it when I actually checked in. So if I paid to fly with an additional 40 kg on me, what does it matter whether that extra 4 kg goes with me as a carry-on or ends up in the cargo space? I’d understand if it made my carry-on bag larger, and hence took up more space on board. But my backpack retains its size and shape regardless of how much it’s filled, and it fit perfectly underneath the seat in front of me. Why not follow the usual rule of ensuring the carry-on bag fits within the allotted dimensions, rather than going by weight? Or barring that: can we just pretend like I weigh an extra 4 kg? That extra weight would certainly be allowed on the plane if it were on my body, so why does it matter if it’s in my bag instead?

I get that airport staff can’t take the time to make all these exceptions for all their passengers. So in lieu of that, wouldn’t it make more sense to instate rules that are fair and practical? Let passengers carry on bags that either fit underneath the seat or take up modest space in the overhead compartment. And if you actually want to enforce the rule, have all passengers try to fit their bags inside the max-dimension box frame upon checking in.

The worst part was that when we disembarked, I noticed some fellow passengers carrying both a backpack and a rolling suitcase with them off the plane. There was no way on God’s green earth that they met the 7 kg carry-on limit, which means some of the agents must have been more lenient. That shit sucks. If an airline requires its agents to be hard asses, they’d better ALL be hard asses and enforce the same rules. 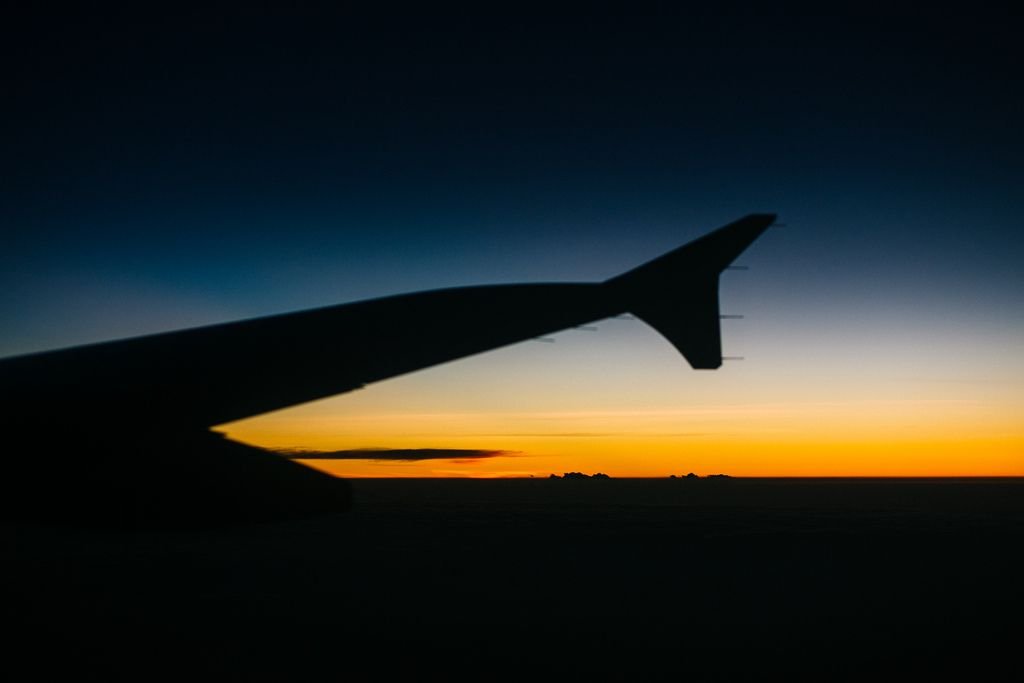 Is Jetstar strict on carry on baggage?

How strict is Jetstar with carry on baggage? This time they were extremely strict; other times they didn’t care at all. You might as well roll the dice before your flight because it all seems very random to me.

I’ve flown Jetstar several times in the 4 years that have passed since this incident, as I mentioned at the very start of this post. A couple of times when I was worried about the baggage limit, I stuffed my laptop into a separate tote bag which I kept out of sight at the check-in counter, which made my carry-on bag a bit lighter when they weighed it.

I’ve also been advised to get there *just* before check in closes for the flight, as the agents tend to be rushing to get through all the passengers and don’t have time to fret over baggage weight. Personally I’ve never tried this, as I always try to avoid stress by getting the airport early.

Also, there was one instance where Jetstar was weighing carry-on baggage at the gate when I flew from Sydney to Melbourne – the first time I’ve ever seen this happen with ANY flight I’ve taken. Though this doesn’t seem to be a common occurrence, you should keep this in mind as a possibility and perhaps come up with a plan to hand off some of your excess baggage to someone else at the gate if possible.

So if you’re flying Jetstar with a bag you want to take in the cabin with you, you may or may not have this bag weighed before boarding. And if your carry on bag is over the weight limit, they’ll either charge you extra or ask you to move some of its items to your checked bag. See Jetstar’s baggage page for more info.

Tags: airportAustraliaJetstar AirwaysSydney
Previous ArticleSvalbard, Norway // WANDERLUST WEDNESDAY
Next Article The Down Under Report: Month 2 of 12