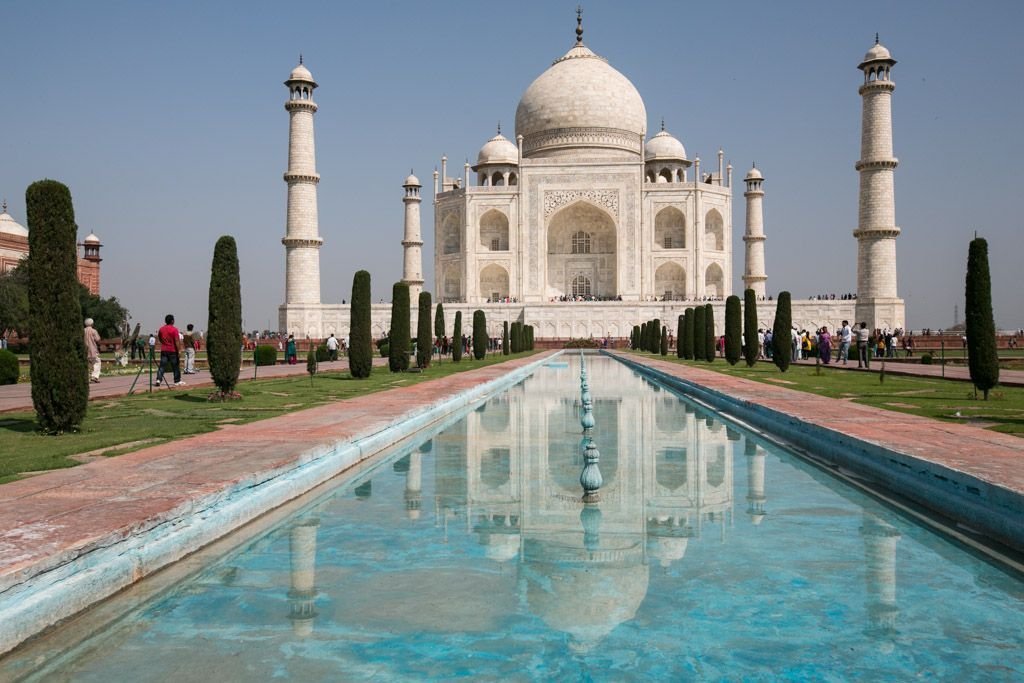 You can’t NOT pay a visit to the Taj Mahal if you’re in the north of India.

(Well, I guess that’s not entirely true, since I met multiple people who had skipped it. So let me qualify that statement by saying that *I* can’t not).

It’s just one of those things where you go in knowing that you’re going to drop a whole lot of money and invest too much time in something that’ll be over in an instant. For a whopping 750 rupees ($13.50) and a 2-3 hour train ride from Delhi to a place that in no way inspires more than an afternoon’s worth of sightseeing, I would have my moment of glory at the Taj Mahal.

Let’s fast-forward through the part where my train arrives an hour late (at around 11pm), the handful of rickshaw drivers outside the train station have no idea where my hotel (homestay) is and don’t want to take me there, and the one who finally does quotes me a ridiculous price then decides to double it once he realizes how far it is. To add insult to injury, the hotel actually ended up being not so far away – not even far enough to justify the original fare quote.

Oh, and the part where the tourist office neglected to inform the homestay family that I’d be staying with them. Bless the mother for waking up, giving me a room, and serving me a very late dinner upon arrival.

And lastly, the part where, the next morning, I set off on what should have been a 10-15 minute walk to the Taj, but end up lost in – shocker! – a bad neighborhood, without a clue where I’m going. Against my better judgment, I agreed to a cycle rickshaw ride to the Taj. Turns out, I would have made it there in under 10 minutes had I kept walking straight. Oh and shocker #2 – the rickshaw driver ripped me off.

I FINALLY MAKE IT TO THE TAJ MAHAL around 10:30am, breeze through the ‘high value’ foreigner line, and I’m in! The heat and crowds are just disgusting, even in the morning. But when I caught my first glimpse of the Taj through the archway, I stopped caring. 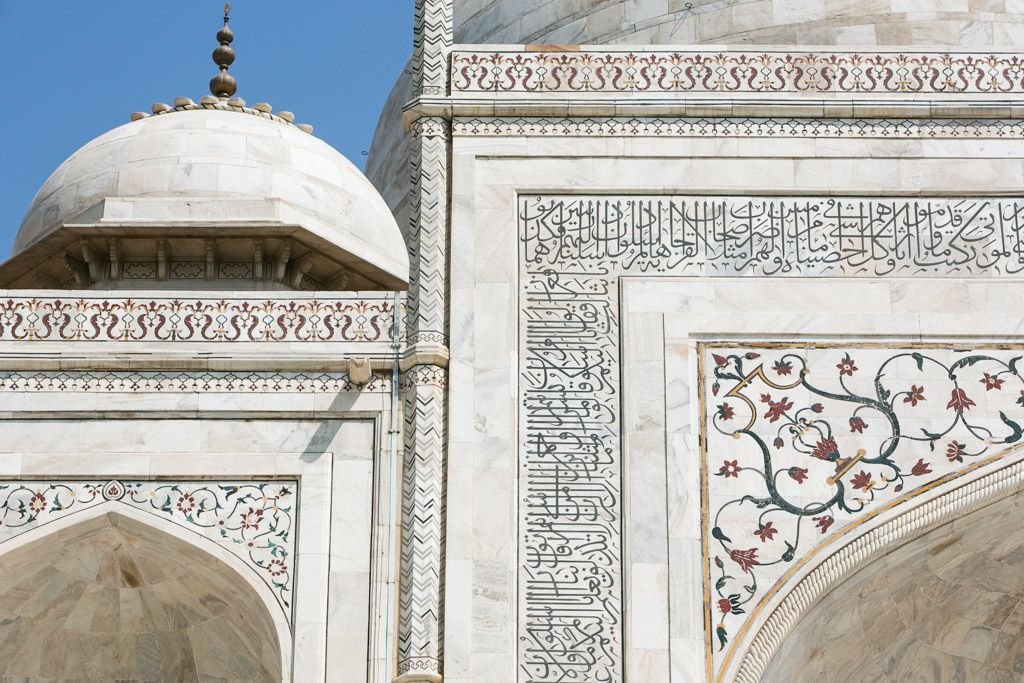 The Taj Mahal is just as beautiful as you imagine. It looks best from a distance, where you can admire the elegance of the entire complex, including those bright blue pools that lead up to it. I wanted nothing more than to stare at the Taj for a few hours and have its image permanently emblazoned in my mind.

Unfortunately, the men of India had something else in mind. Whenever I stopped walking to look at the Taj, Indian men would stop and ask me for a photo. They’d then pose next to me as their friend took our picture together (usually with a cell phone). Then all of the guy’s friends would take turns getting their photo taken with me. Then OTHER Indian men would see this as their cue to approach me and have their pictures taken with me as well. It was a never-ending process that got REALLY old, really fast. I mean, geez – you’re in the presence of one of the wonders of the world, and you’d rather take pictures of ME?! Seriously? Apparently being a young girl with white skin gives you celebrity status in India.

Despite all the hassle, I still say it was worth it to see the Taj Mahal. Definitely go see it – preferably in the company of a gentleman!