By on Asia Flashback Friday India

I’ve detailed my many misadventures in India with great candor, but I JUST REALIZED (like, literally 5 minutes before starting this post) that I never wrote about the desert town of Jaisalmer. Sure, there was a post about my camel safari in the Indian desert, which I took as an overnight trip from this town – but other than that, nada.

Well, here’s what I did in Jaisalmer. I had come straight there from Delhi, where an agent at the tourist office made out with me in his office, then begged to accompany me later on in my trip – i.e. I was basically on the run when I arrived in Jaisalmer. 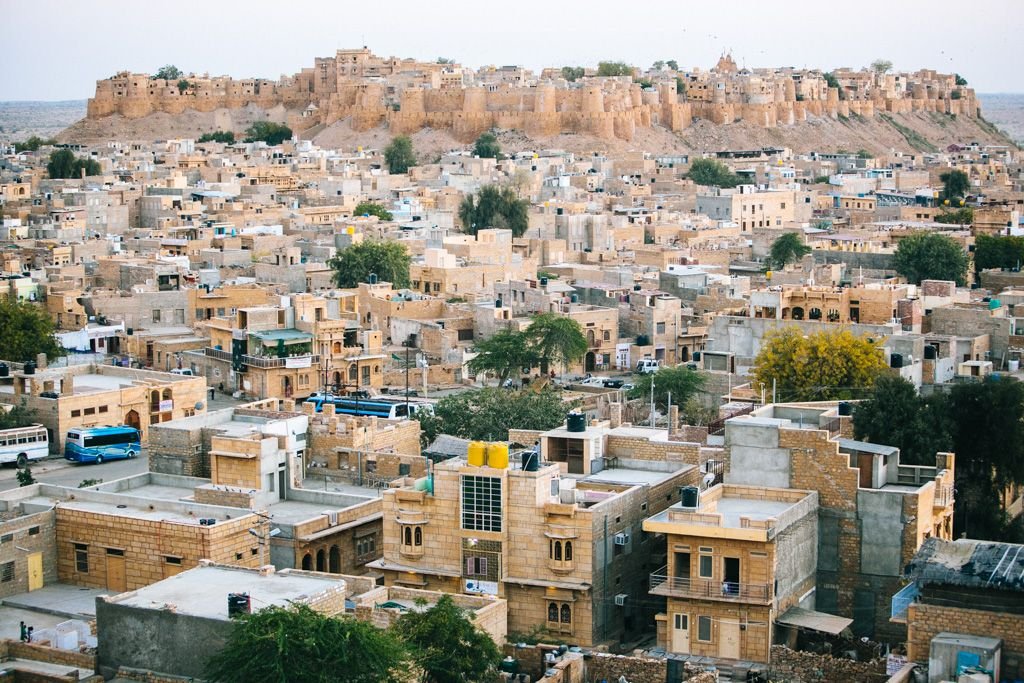 Aside from sweating proverbial balls and dodging the usual Indian chaos whilst frolicking this lovely town – both within the fort walls and outside of them – I sought refuge in the cutest of cafes inside the wall for a little peace and shade. I ordered some juice and dug into my book while sitting alone on the second floor terrace. Within minutes began a rotation of young Indian men who apparently worked at this cafe slash hotel: one by one they would come upstairs, ask if I needed anything, and then proceed to take a seat nearby and chat me up. When one guy left, another would take his place and follow the same formula.

I don’t know why, but the ongoing presence of these Indian gentlemen didn’t bother me as much as it normally would. Eventually the owner (let’s call him Fabio) came to sit with me and regaled me with tales of growing up as a “desert boy”. His family was from the desert, where they had no concept of time – he wasn’t even sure of his age! I was fascinated, and in a moment of weakness I decided to take him up on his offer to check out the best lookout point in Jaisalmer. Fabio whisked me off to his friend’s hotel across town, where we hung out on the roof and watched the sun go down over the fort. Nevermind the fact that he soon began whispering sweet nothings in my ear in such a romantical setting, and that later on he gave me a “desert massage” with mustard seed oil (wait, should I follow this up with a Part 2 sometime?). If you forget about those creepy things, this view of Jaisalmer WAS pretty magical.