The second I left the Canon HQ in Silom, Bangkok, I embarked on a little photo excursion. It was my 2nd of 3 stints in this city and I’d just been reunited with my newly-fixed Canon 5d Mark III which had been in the Canon repair shop for 6 weeks while I was busy traversing Cambodia and Vietnam. By the way, can we all take a second to remark on how completely ABSURD it is that Canon would take 6 weeks to repair a camera? I’m still not over it.

Bangkok’s Grand Palace was an obvious choice for a good photo op. Being mindful of their strict dress code, I was sure to show up with covered shoulders and legs – but that wasn’t good enough! No, they didn’t like my leggings because they were too tight. Only loose fitting pants allowed at this temple complex! They gave me a skirt-like fabric to wrap around my waist over the leggings, but apparently I did a shoddy job of tying it because the ticket collector re-tied it as they allowed me entry to the complex. Take note: the dress code at the Bangkok Grand Palace is no joke.

Thoroughly exasperated, I made my way to the temple and promptly forgot why I was annoyed when I saw what gorgeousness awaited: 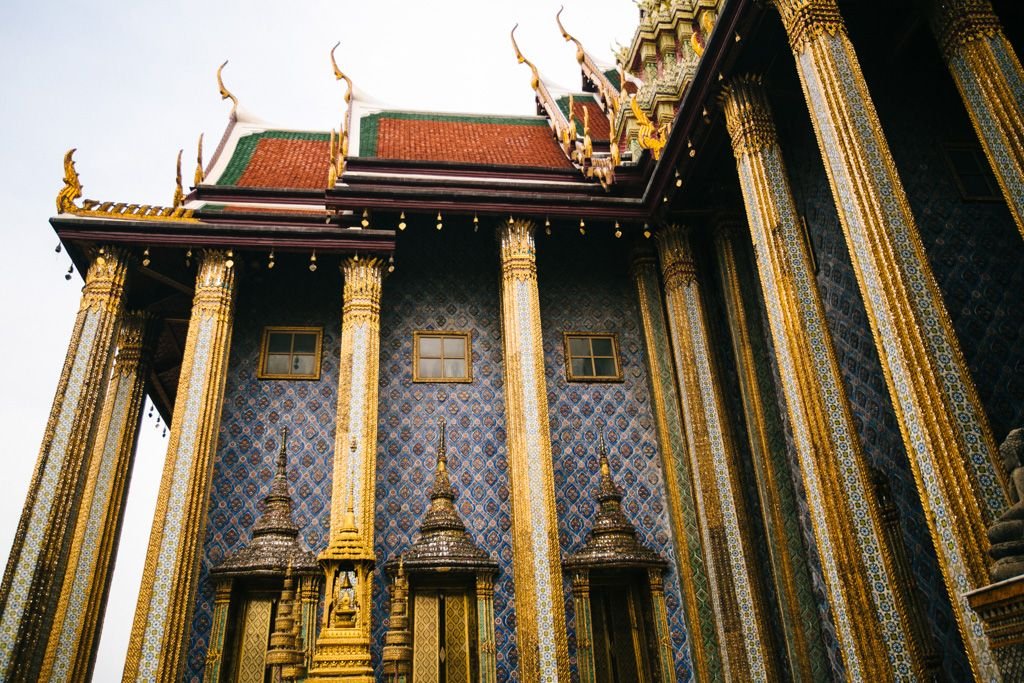 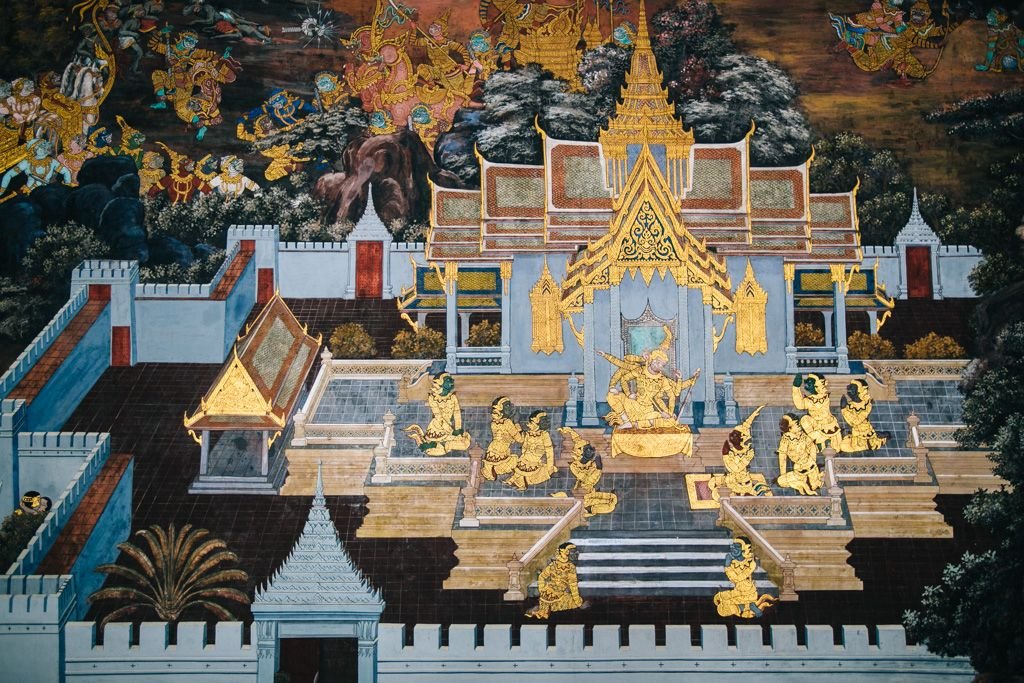 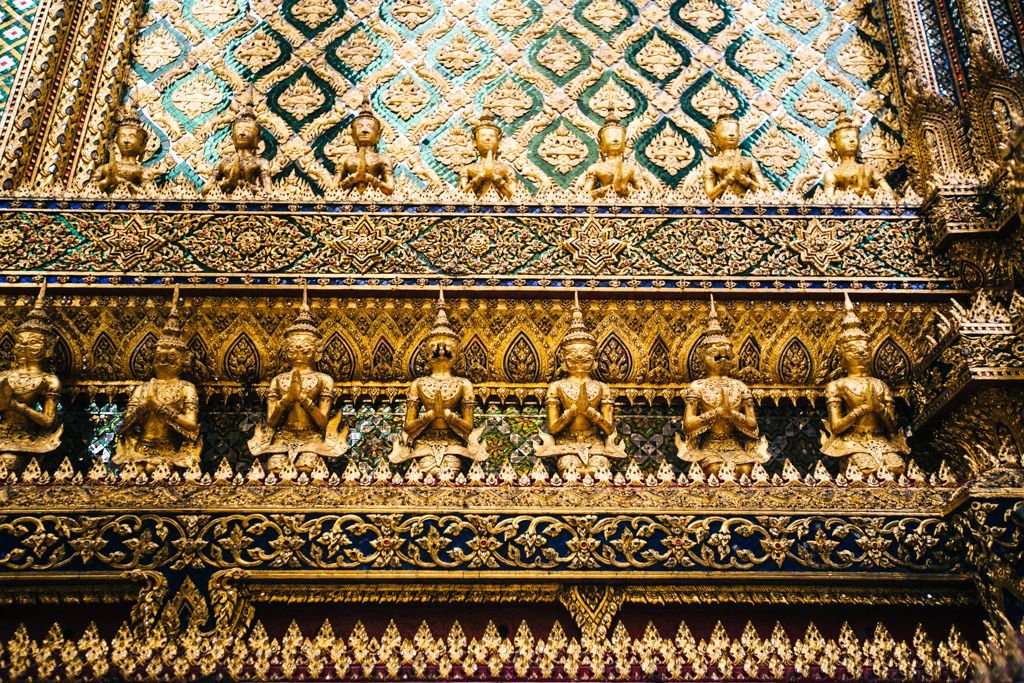 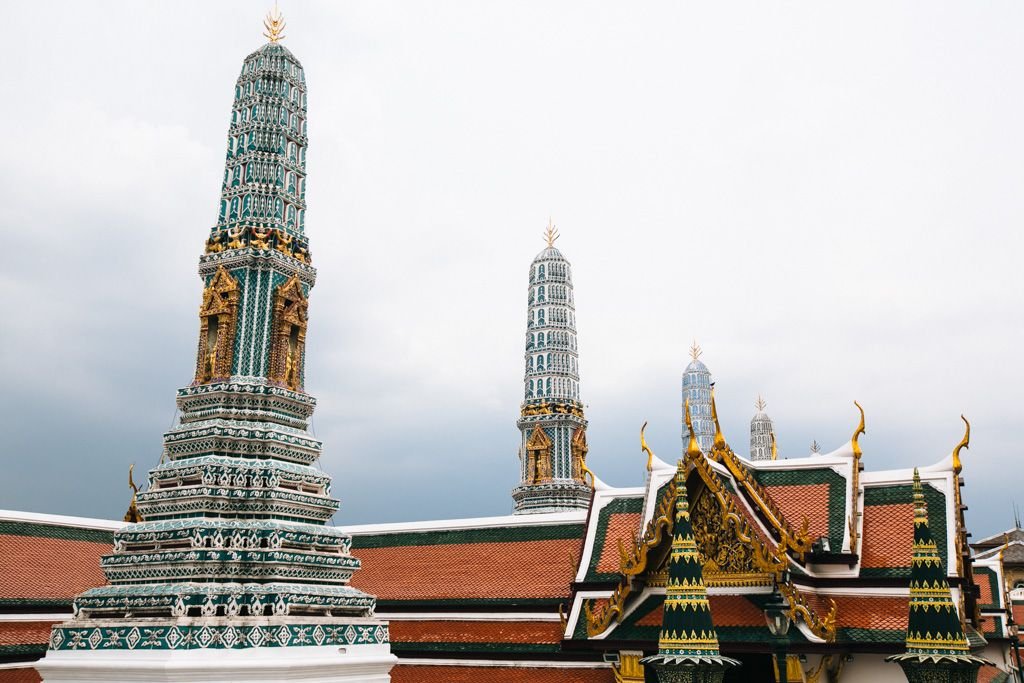 The Temple of the Emerald Buddha (Wat Phra Kaew) is one of the most famous temples in Bangkok. And rightfully so – I mean, look at it! 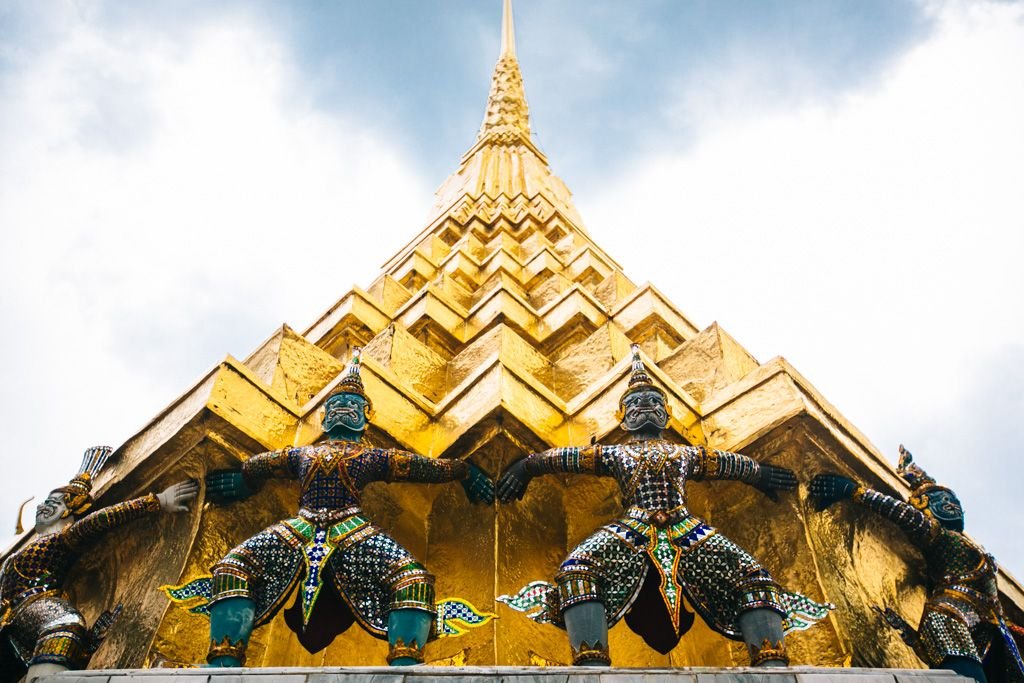 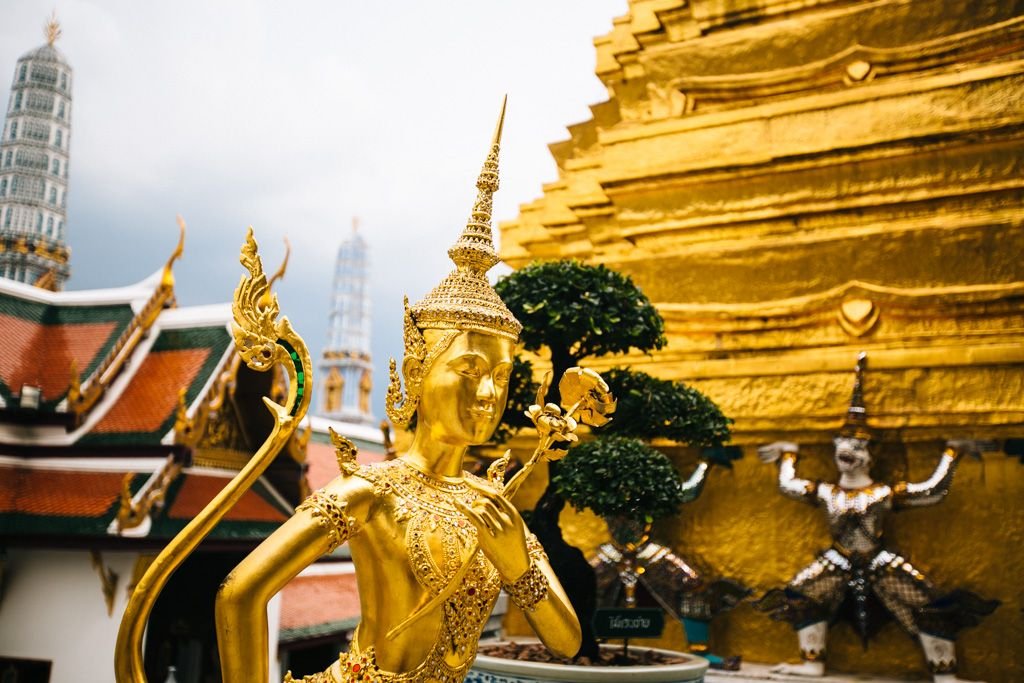 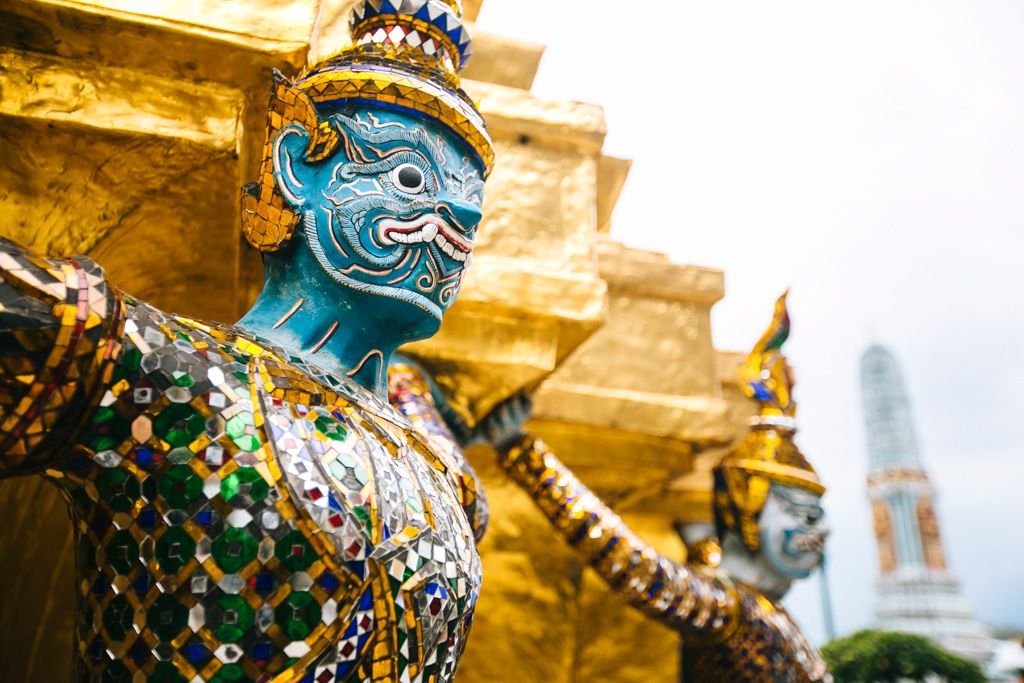 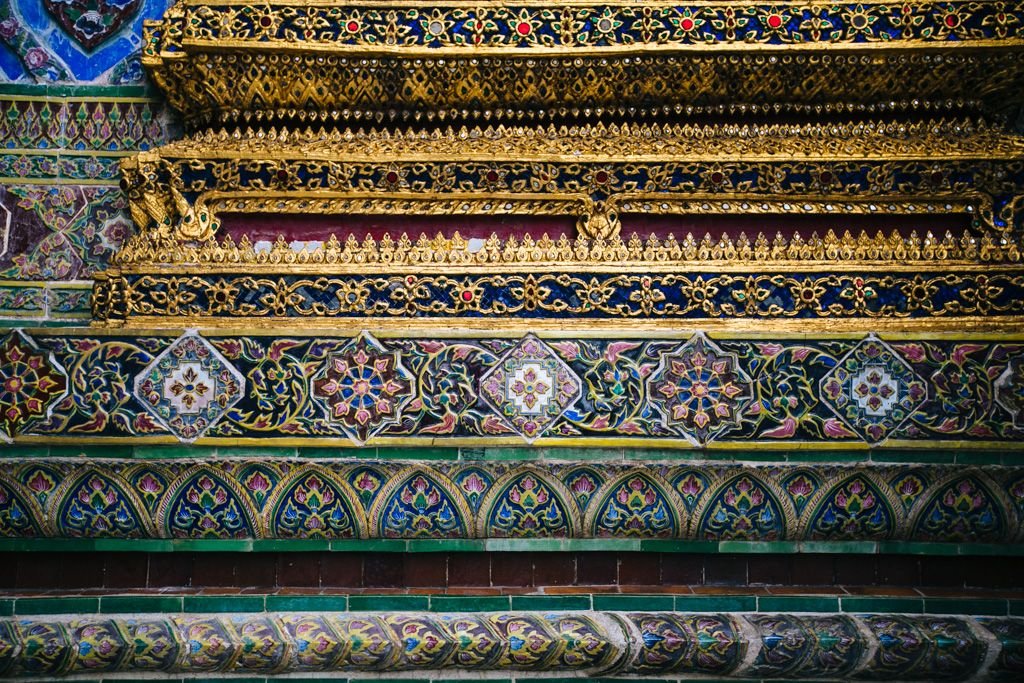 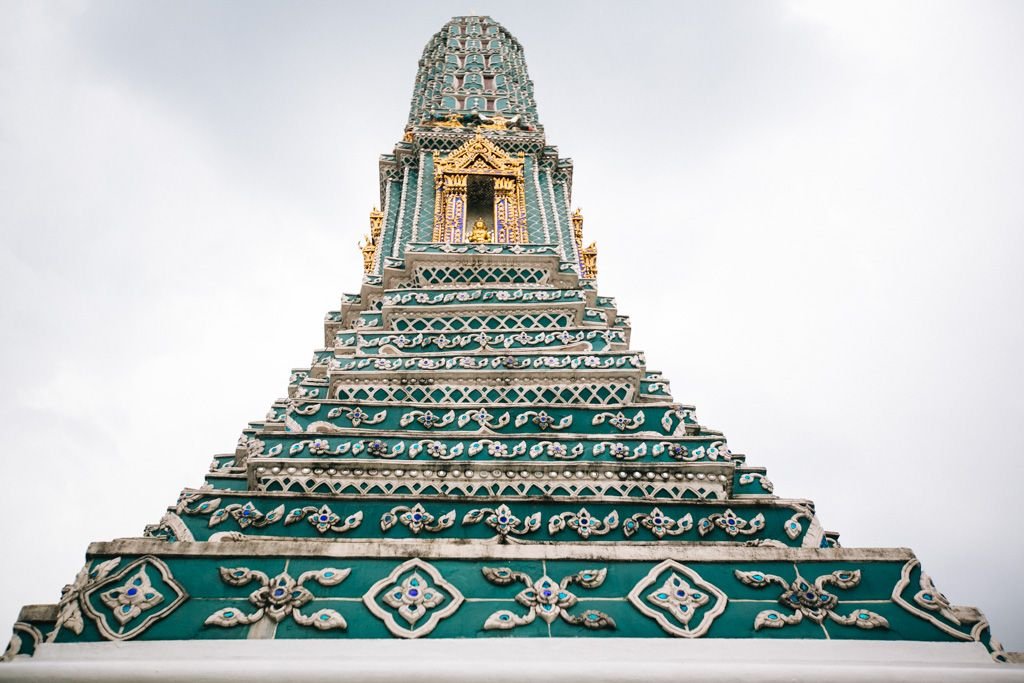 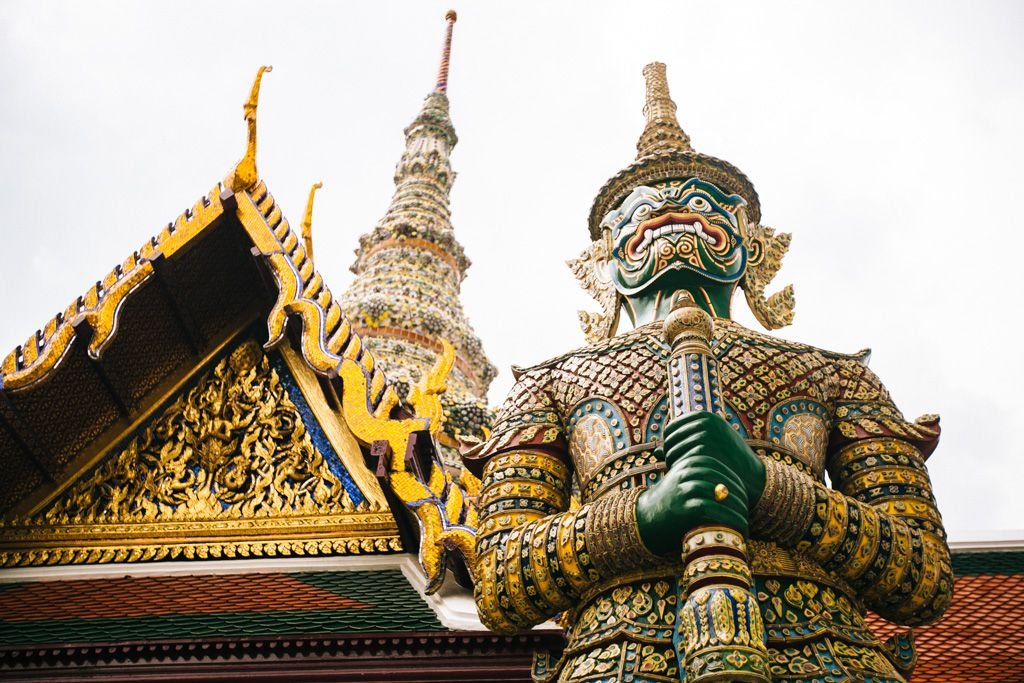 You might be shocked to hear that there is in fact an emerald Buddha statue inside one of the buildings (see below), just over 2 feet tall but dwarfed by the massive structure in which it’s contained. I was underwhelmed by it, not to mention I mentally checked out upon finding that no photography was allowed inside. 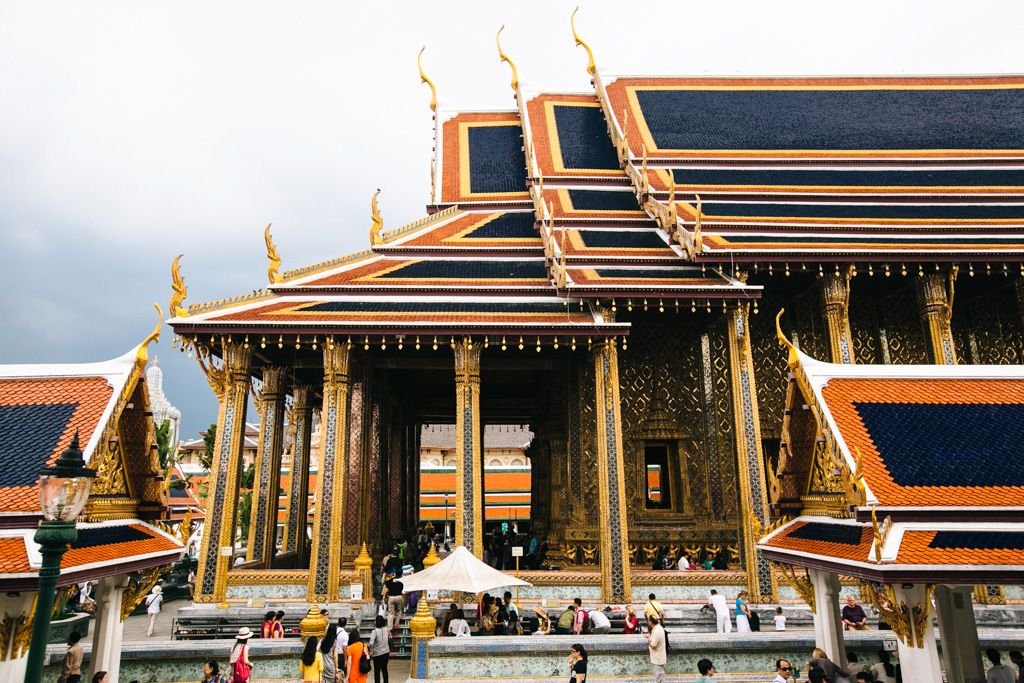 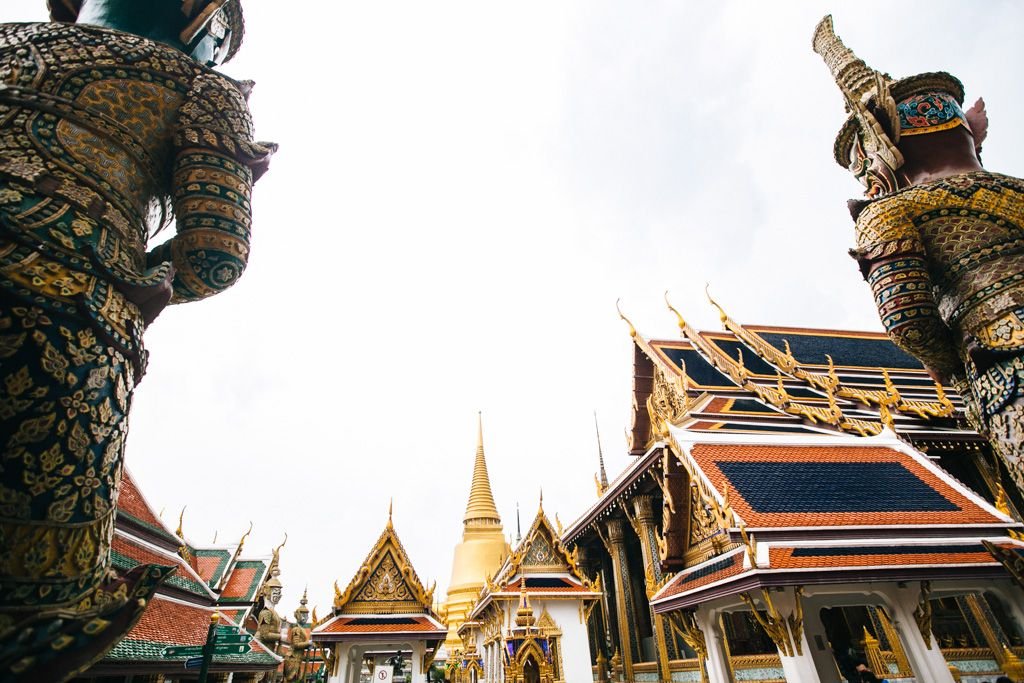 Once you leave the main temple complex, you find yourself in the palace area. Visitors are not allowed inside the buildings, but you’re free to roam the elegant grounds. 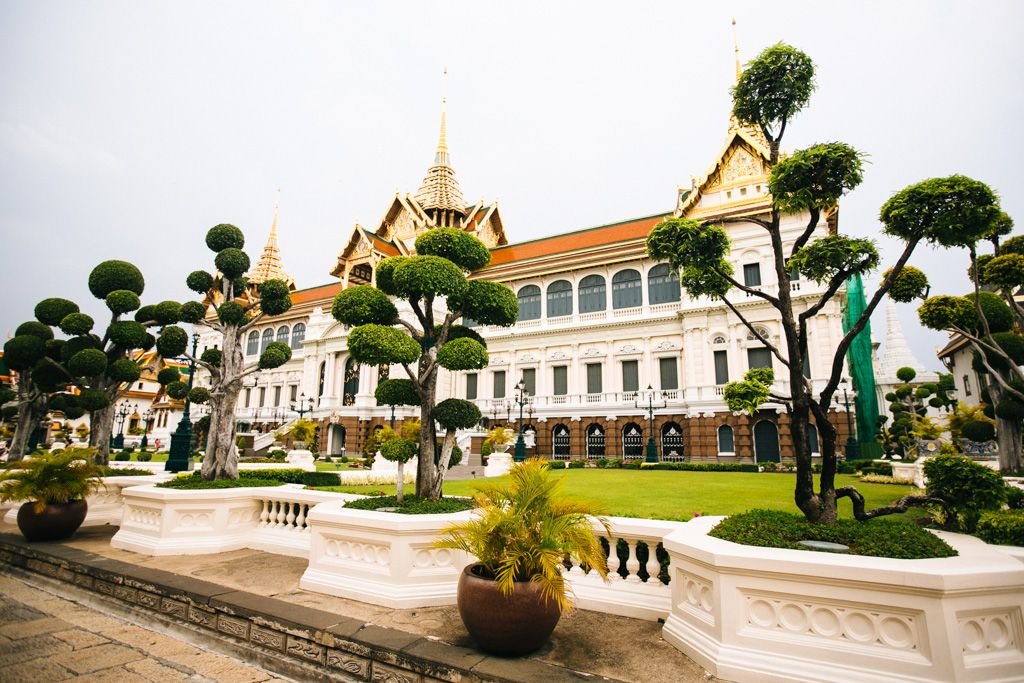 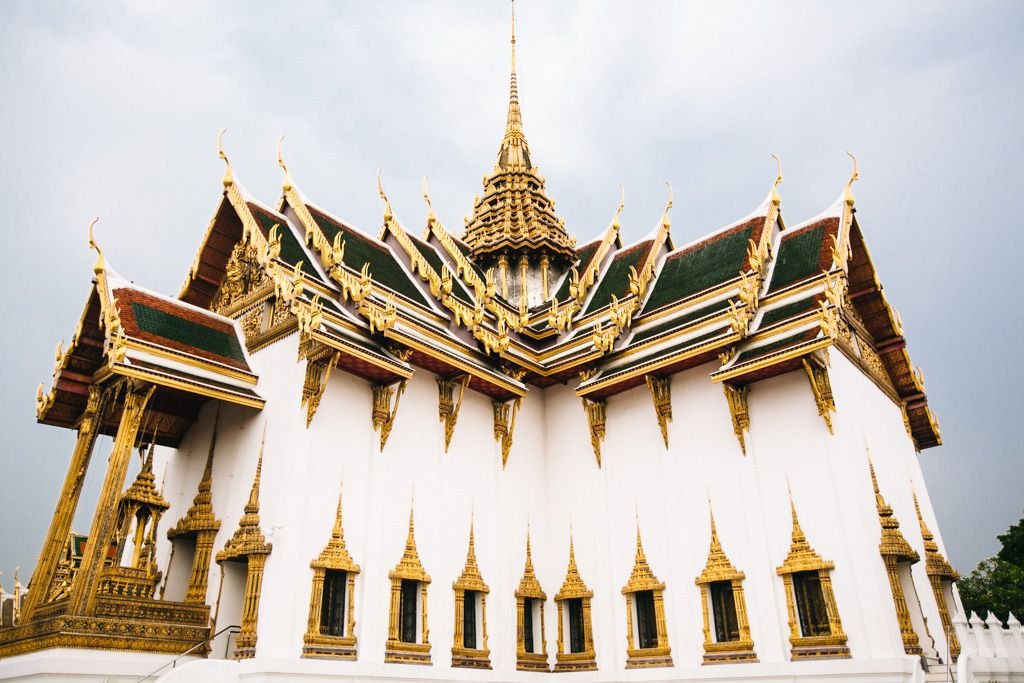 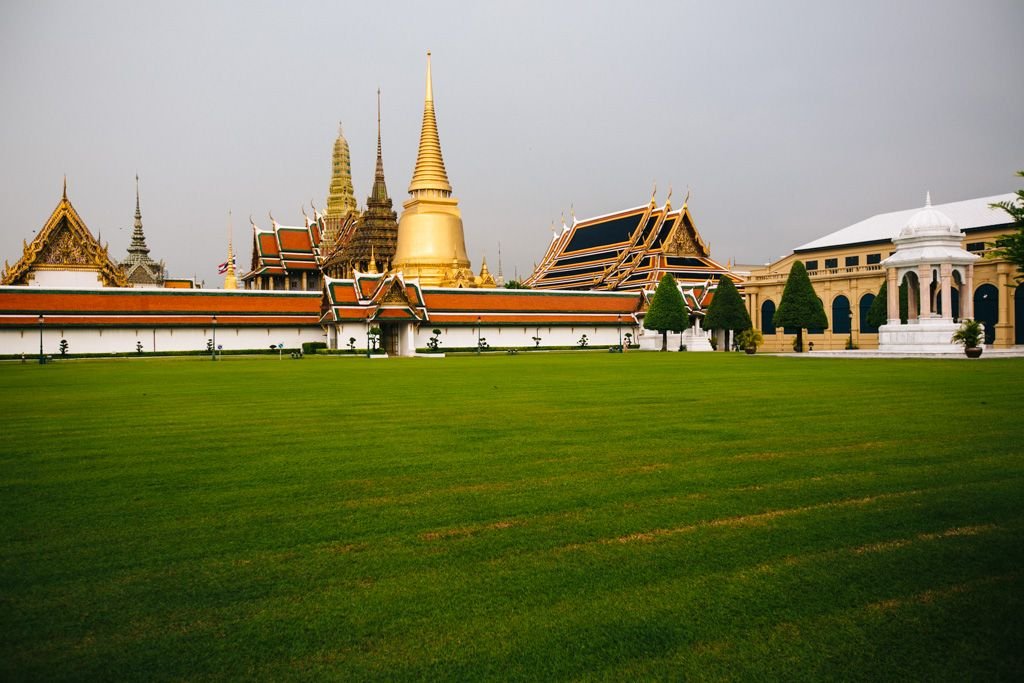 The Bangkok Grand Palace is (in my humble, well-traveled opinion) the most beautiful structure in Thailand. Don’t miss it if you’re in Bangkok!