By on Europe Planning

Guess what, guys? I’m back in the US right now!

But not for long, though. I felt like I should take advantage of being on this side of the world for a wedding and cross the pond afterwards for a little European frolicking on my way back to Sydney. And whoa, as I was typing that, I realized that I’ll literally be flying around the world for the first time ever. Exciting! (And EXHAUSTING!)

The way this Euro trip has shaken out, I’ll be spending 3.5 weeks in France and Italy. Smack dab in the middle of peak season, oh mah sweet lord. I’m going to try to be more of a morning person so I can avoid the insane crowds as much as possible and get better photos – however, I make no promises.

It’s tempting to squeeze in some other more exotic destinations (um hello Greece, Croatia, and Slovenia), but you know what? I feel called to France and Italy right now, and as a rule I follow my gut rather than my mind, so… France and Italy it is! 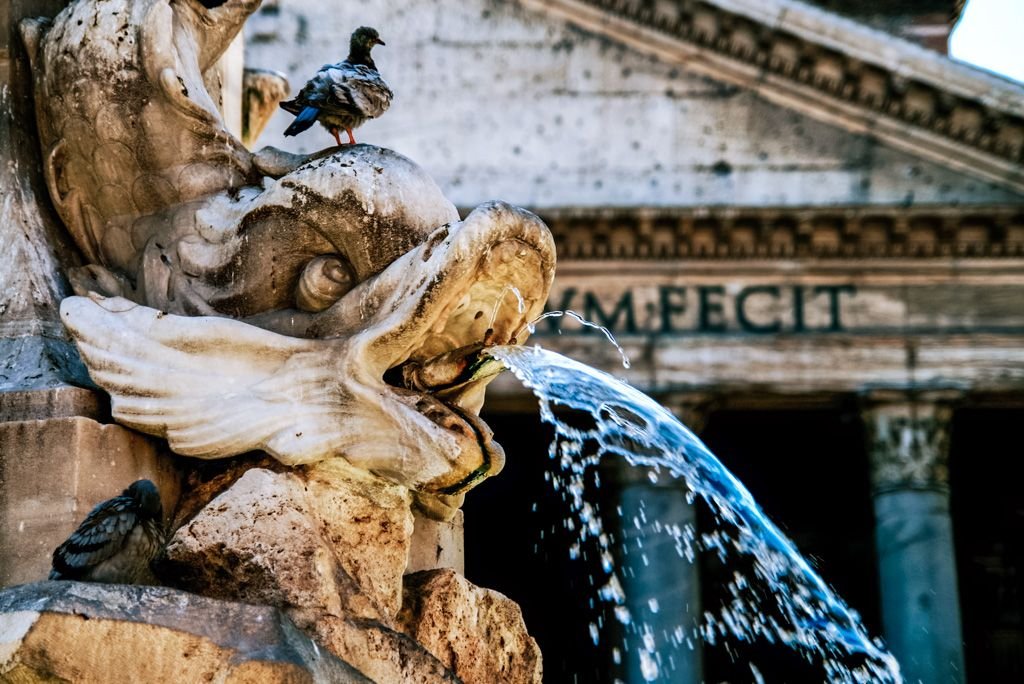 As usual, I’m traveling slowly and working along the way, so I’ve selected just a handful of places to visit. Unlike all my visa run trips last year, I actually spent considerable time researching for this trip – I even booked all my accommodation and train tickets in advance. And, the really beautiful thing is that nearly everywhere I’m going is a bucket list destination for me. It’s so nice to be traveling deliberately again, rather than aimlessly – a positive side effect from establishing a home base.

In other words, I am SO FREAKING EXCITED for this trip in a way I haven’t been since I moved to Australia. Here’s what I’ve got on the itinerary:

I’m finally remedying what might be my biggest travel oversight and visiting France for the first time! I have about 10 days in the country before moving on to Italy.

And um, I have to confess that I’m really nervous about the language barrier. I never studied French, and at this point any foreign language I’ve retained is some hodgepodge of Spanish and Italian… i.e. pretty useless. I’ve heard so much about how the French snub tourists who don’t attempt to speak the language, so I’m anticipating awkward social encounters galore. 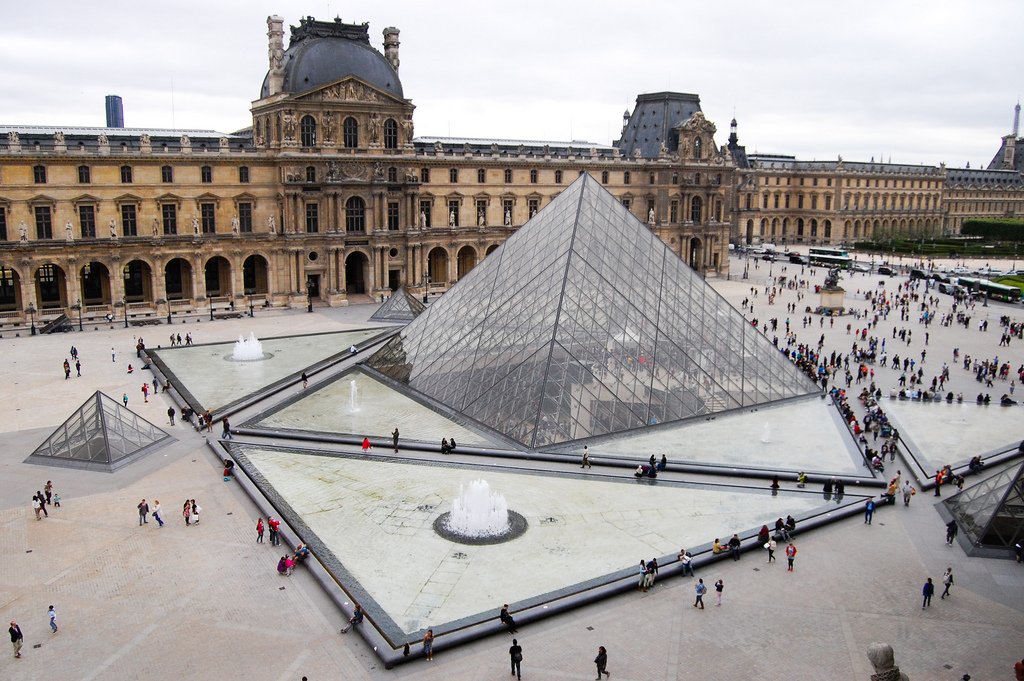 I’ve booked myself an Airbnb studio apartment for a whole WEEK in Paris! I can’t believe I’ve never been to Paris before. It’s definitely not for lack of interest, I swear – suffice it to say I’m pretty damn psyched for explore this city! It’s weird though, because most people claim to either love or hate Paris and there doesn’t seem to be much middle ground. I wonder which team I’ll end up on?

I don’t really have any specific must-dos here, but I’m thinking I’ll spend most days just wandering around the city taking pictures. I may take a day trip from Paris as well – any suggestions? 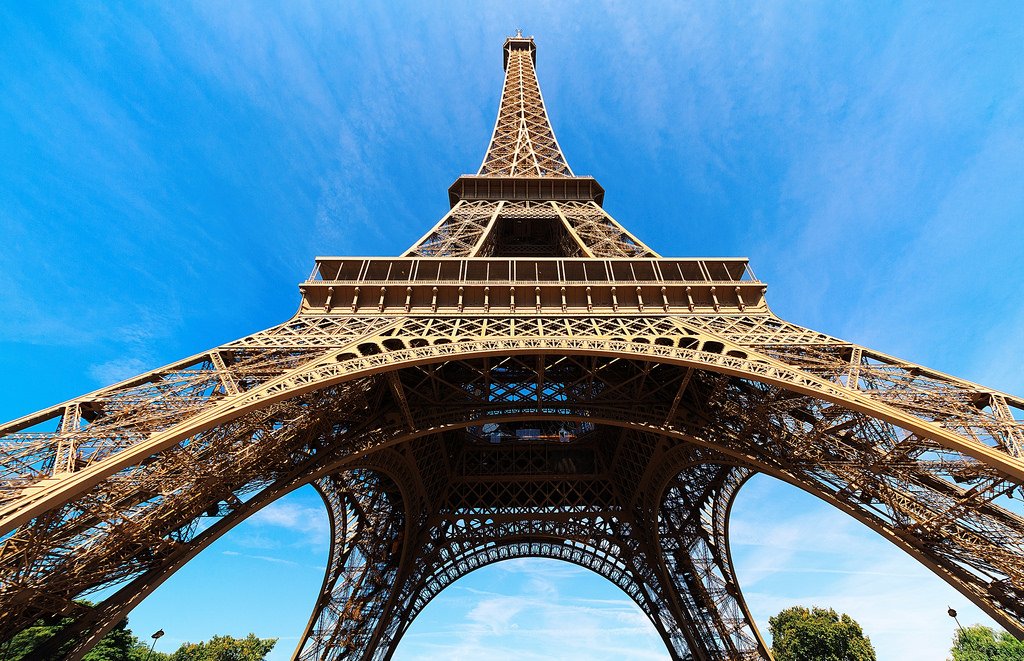 Annecy has been on my bucket list for a few years now, ever since I met a guy on Tinder who was from this French town. I specifically remember him scrolling through loads of photos on his phone of what must be the single most quintessentially European town in existence, and me with my jaw dropped the entire time. I resolved to see this gorgeous town for myself someday, and now I am!

But it’s not just the town I’m excited about – I’m also really looking forward to enjoying the gorgeous lake. There are some hikes and bike rides I’m keen to do around Lake Annecy, if time and public transport permit. 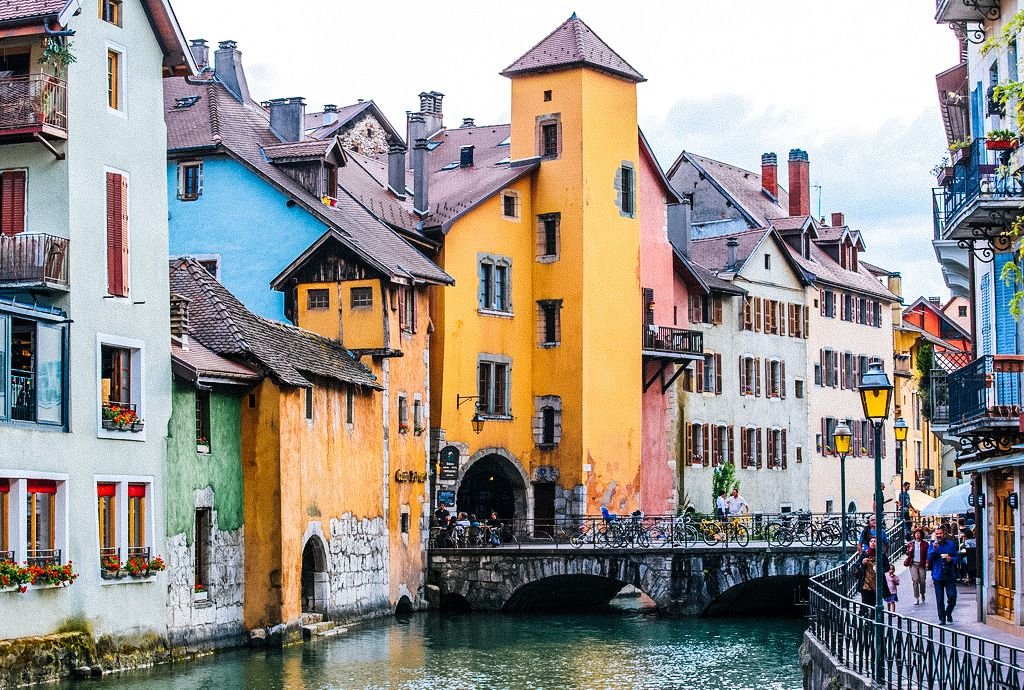 Photo by MaxLightCapture via Flickr Creative Commons (edited by me).

I spent 5 weeks in Italy 10 years ago and still feel like there was so much I missed the first time around. So for these 2 weeks, I’m sticking to the north and hitting up a few new places as well as one old favorite. I’m meeting a couple of my Euro-friends along the way, friends I haven’t seen in at least 5 years – should be very interesting!

It’ll also be amusing to see how differently I travel in Italy now that I have an additional decade of traveling under my belt. Last time, I ate nothing but pizza and pasta and didn’t drink any wine (I KNOW). I was also fresh off of 3 semesters of Italian and could speak the language decently. This time it’ll be a completely different story, hopefully a good one! 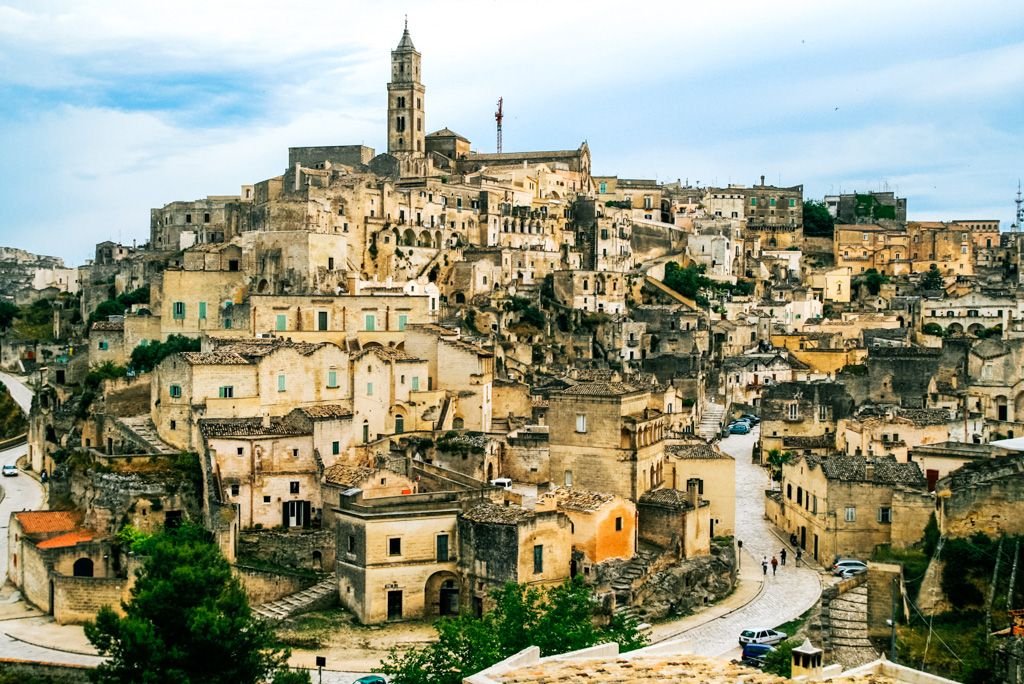 I AM SO EXCITED TO SEE CINQUE TERRE! I was so bummed about missing it on my last Italy trip, therefore it was my #1 priority while planning this one. Surely you’ve seen photos of this place – it’s mindblowingly stunning!

I’ve got 3 full days here, which I plan to spend doing all the walks and routinely gaping at all the colorful villages along the coast. I’m staying at a hostel in Corniglia, my one and only stint in a hostel this trip because every other accommodation option was horrendously pricey. 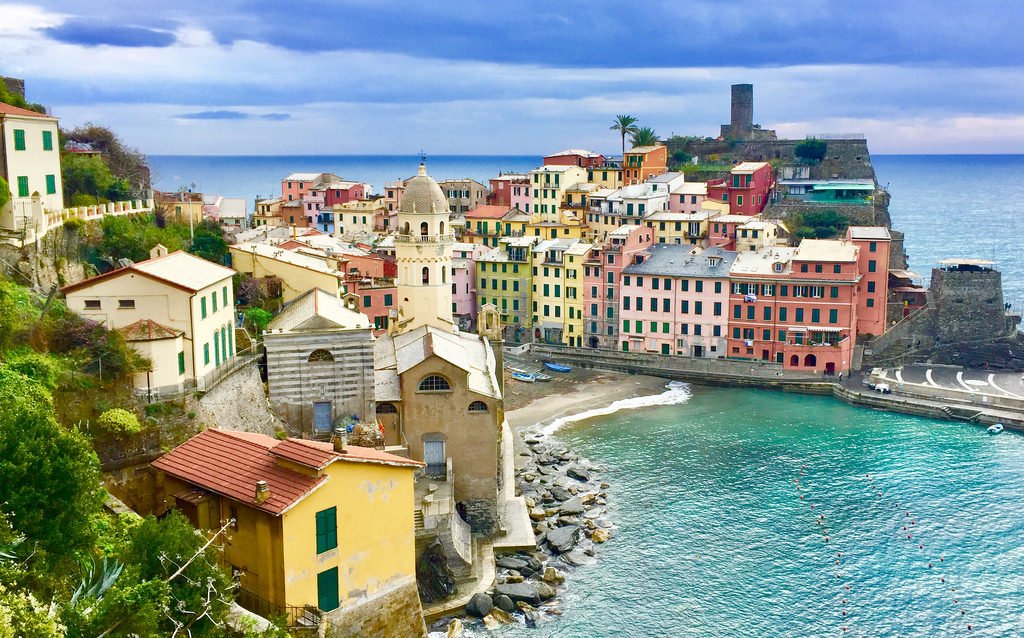 I’ve already been to Florence, but it didn’t take much convincing to get me to return to this beautiful city. I’m meeting my Dutch friend Melvin (from my Sydney Uni days) and his partner here for a 3-day reunion of sorts. We have absolutely nothing planned at this point and I’m very ok with that. 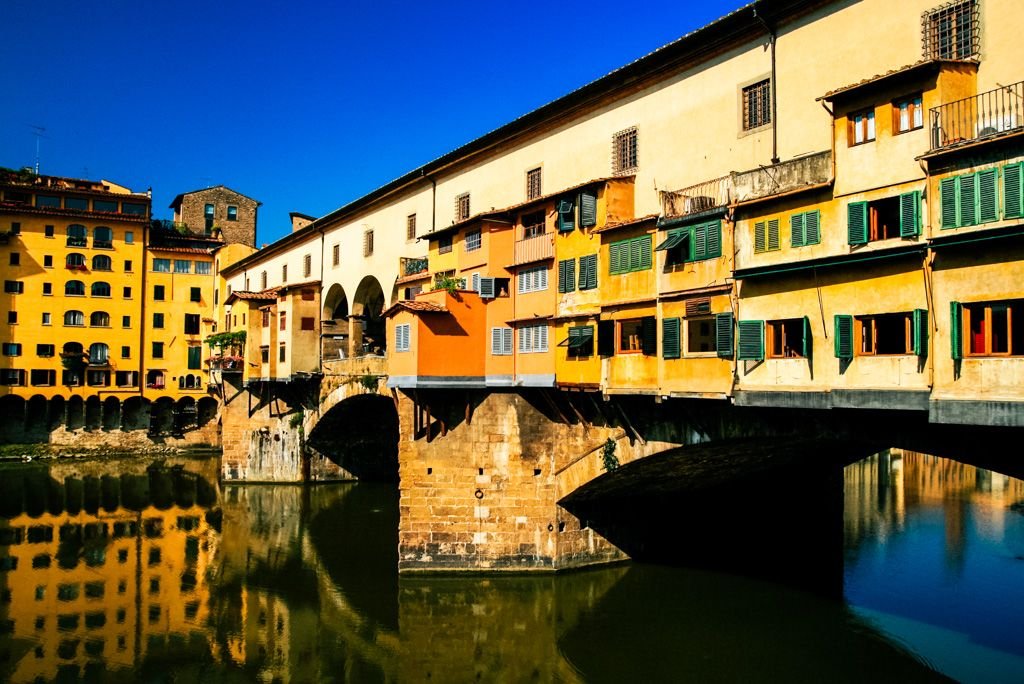 Photo by me back in 2007. Here’s hoping I come back with better photos this time!

For some odd reason, these beautiful mountains aren’t all that well known – so in case you haven’t heard of them, the Dolomites sit in the northeast of the country, very close to the Swiss border and just north of Venice. This is another place I’ve been dying to make it to. I’m obviously a beach girl, but I can appreciate a good mountain range – especially one as gorgeous and unique-looking as the Dolomites. I cannot WAIT to go hiking and ogle some lakefront landscapes there.

My Danish friend Jasmin and her partner will be driving down for 5 days, which means we’ll have a car for exploring the area – yay! We’ve booked 3 nights in a hut in the mountains, and 2 nights in an apartment on one of the lakes.

I can’t say Verona was on my list of places to see, but I needed somewhere to stay for the last 2 days of my trip before flying out of Milan, and really felt like I wanted to stay in a smaller city or town rather than a major city. The way I see it, a small town/city will have less to distract me from work, so I should be able to hunker down in my Airbnb and get shit done without much FOMO here. I’m not overly excited about seeking out the Romeo & Juliet balcony, but I guess I might as well while I’m there. 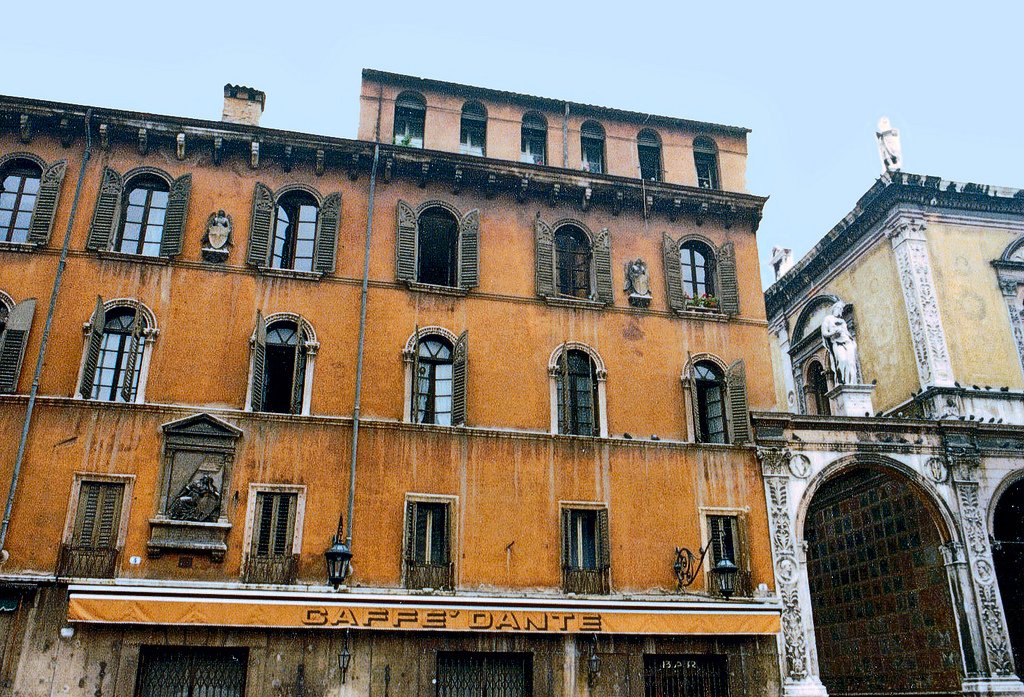 What should I see and do in France and Italy?? Please leave some tips in a comment below!