I waffled awhile on whether I’d continue my monthly recaps after my year on the Australia Work and Holiday visa ended. I really enjoy writing them and reflecting on my life and travels, so I think they’ll be here to stay. I’ll be recapping by actual months now, not chunks of 28-33 days conveniently broken up based on my movements. Though this month I’m going to break that rule a little so I can include the last couple days in November that didn’t make it into the last recap because I had technically finished my year in Australia on the 29th of November. Let’s call it December + 2. Make sense? Good, let’s do this! 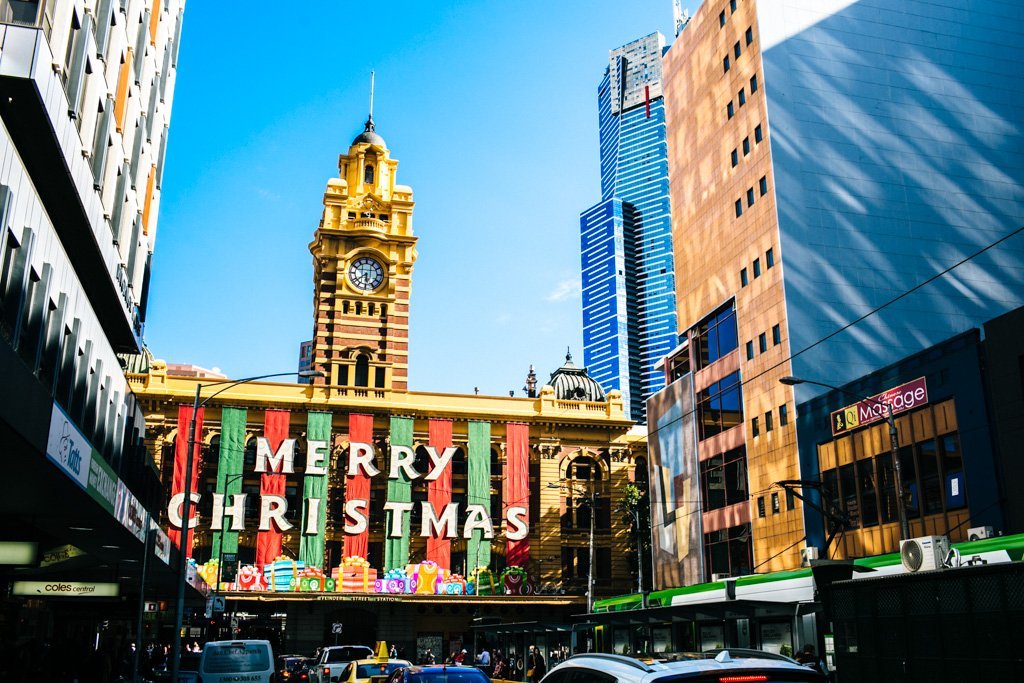 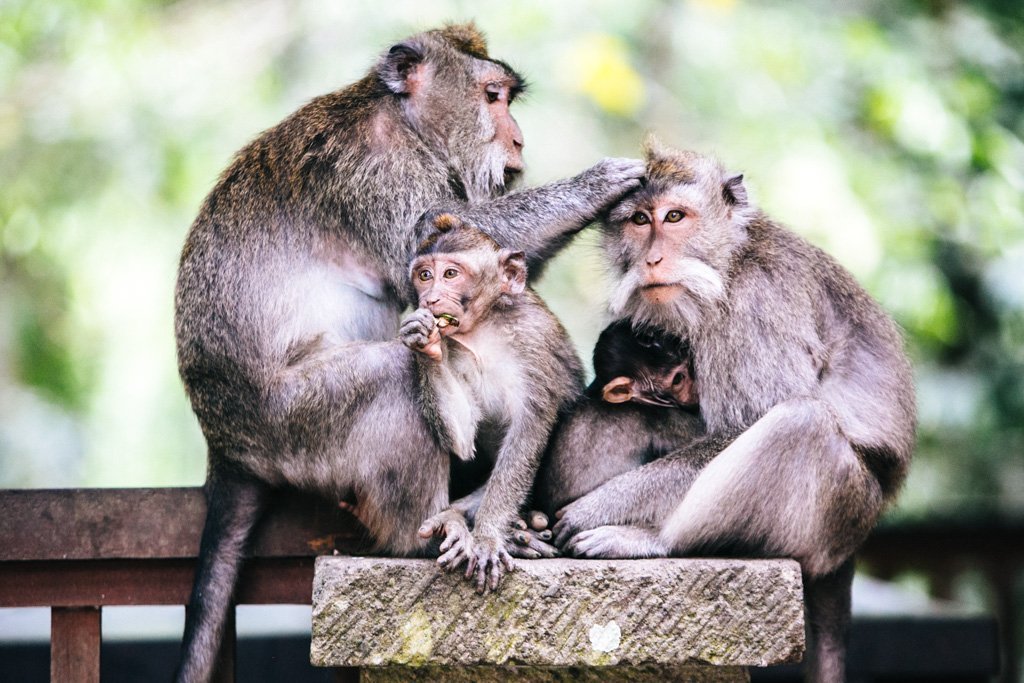 My first glimpse of the monkeys at Ubud’s Monkey Forest

I don’t know why, but the second I saw two parent-child monkey pairings outside the entrance to the Monkey Forest, I cracked the biggest smile and ogled them for about 20 straight minutes. How can a creature be simultaneously ugly and cute?! The parents were bathing their kids, the kids were hiding their faces against their parent’s chest, it was just the most precious thing ever. I was so content with this one sighting that I didn’t even feel the need to go inside the forest. 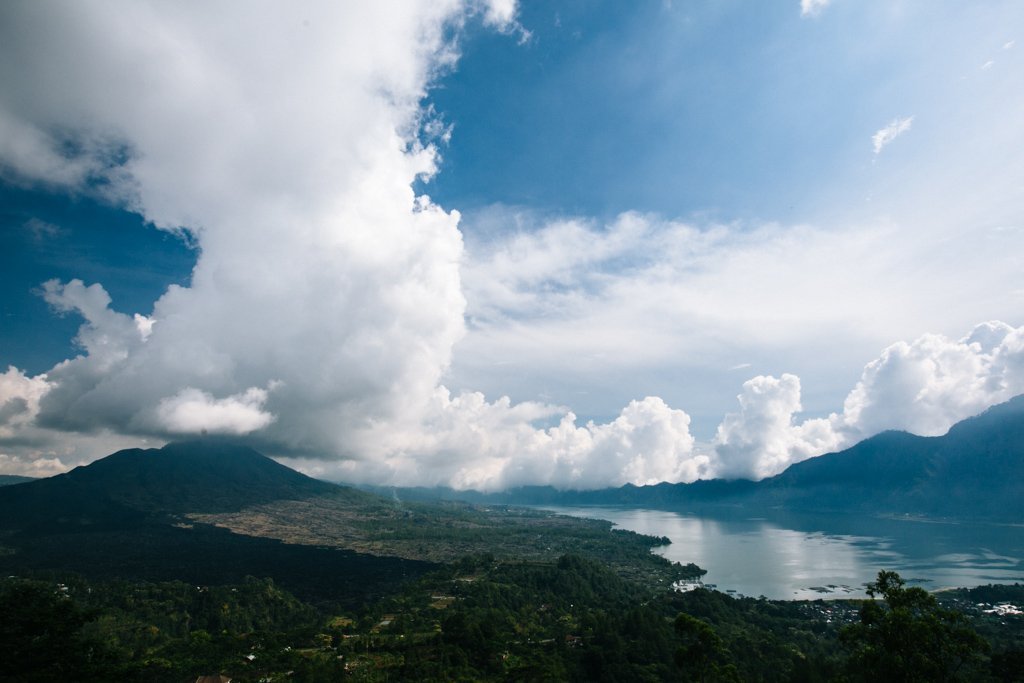 The view of Mount Batur

My cycling trip through the Bali countryside began with a breakfast buffet with a view of Mount Batur and the surrounding lake. It was just STUNNING, easily the highlight of the day for me. 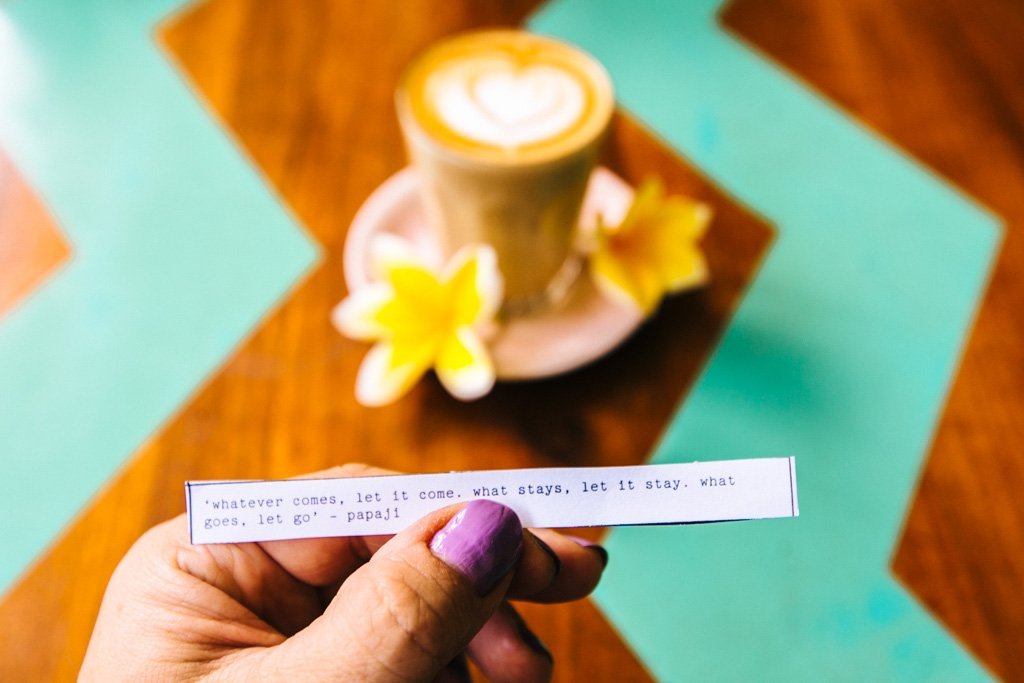 So here’s the deal with coffee in Bali:

Balinese coffee is crap. It tastes like instant coffee (maybe it is?). But it’s what most hotels serve with breakfast, so you drink it to wake up and then immediately wash it down with fresh fruit juice.

Luwak coffee is Bali’s luxury coffee. Much like the “shit coffee” I had in Vietnam, this one is made from beans consumed and extracted by the luwak (their digestion process has some kind of effect on the flavor of the bean). It’s super strong and much preferable to Balinese coffee, but I didn’t find it all that tasty.

Coffee snobs, fear not: Bali’s major cities have embraced third wave coffee, so you’ll be able to get a quality cup somewhere. It was such a joy to come upon Seniman Coffee Studio in Ubud and Revolver Espresso in Seminyak. I gladly threw my rupiah at them on a daily basis in exchange for multiple Melbourne-caliber flat whites (SERIOUSLY THAT GOOD). Camping out with my laptop and coffee at these cafes quickly became a part of my daily ritual in these two towns. 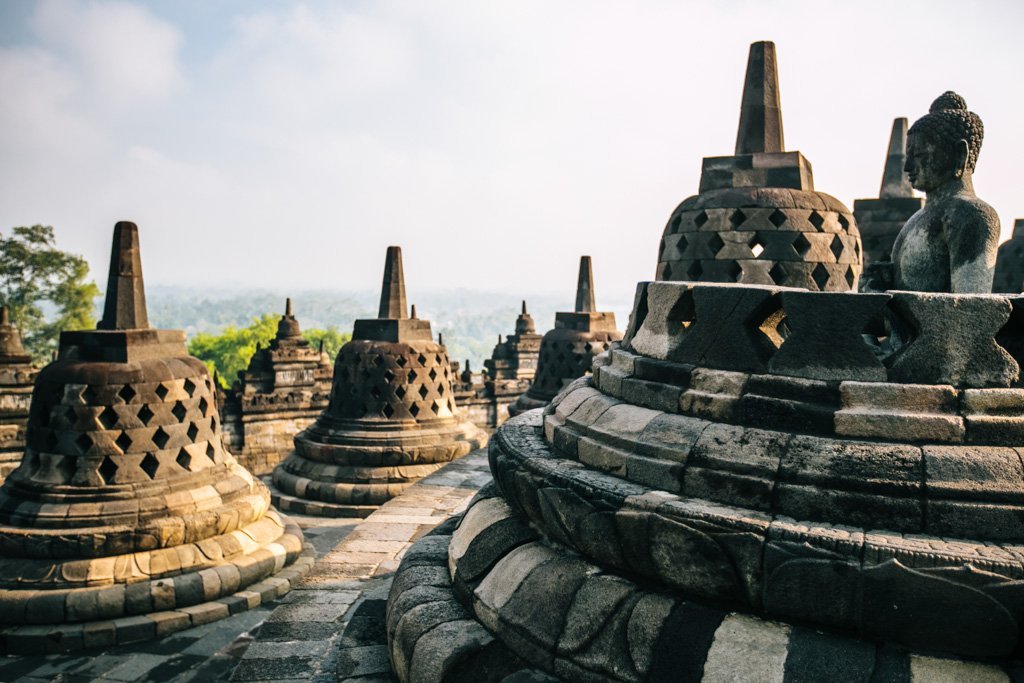 Standing on this famous Buddhist temple at sunrise was a travel dream come true. 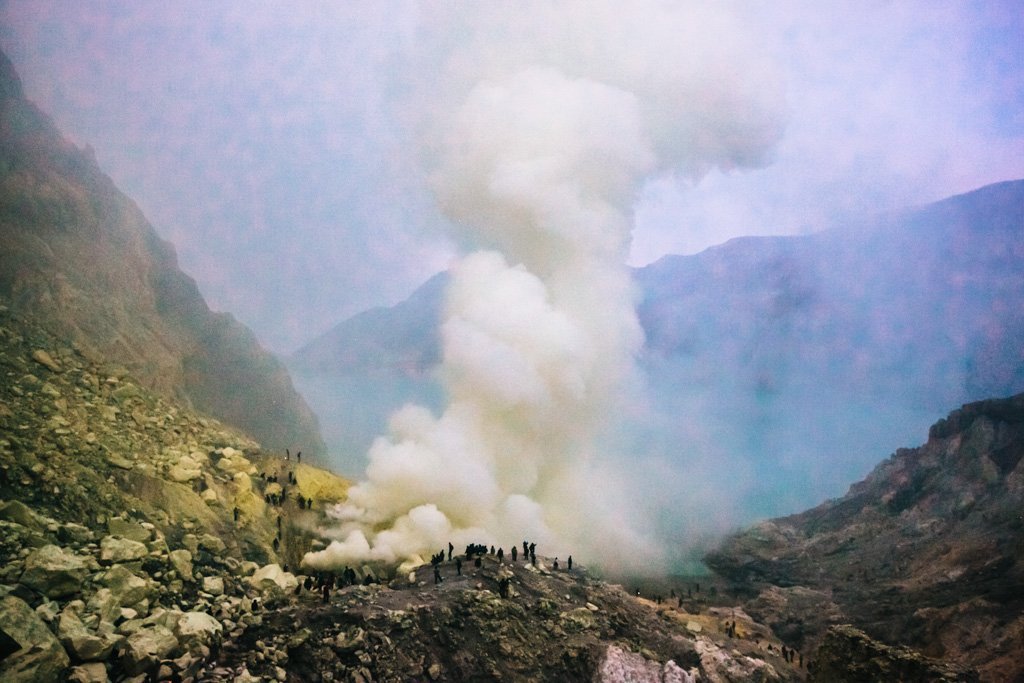 Getting there was rough, but ultimately I’m very glad I hiked uphill in the middle of the night to reach this crater. Glimpsing patches of electric blue flames near the acidic green crater lake made for such an other-worldly scene! 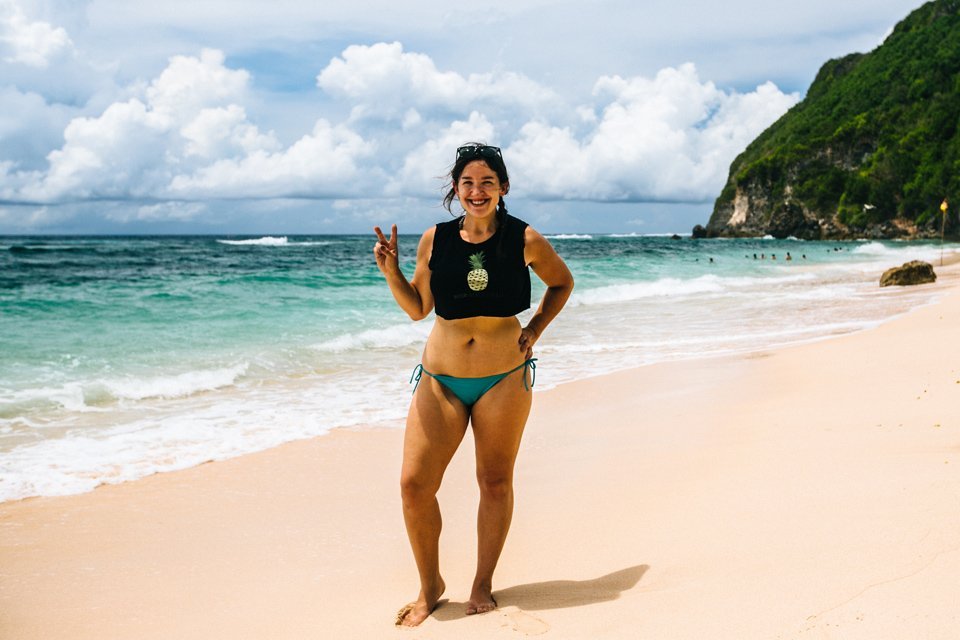 A day at the exclusive Karma Beach

Way back when I still thought of Bali as an exotic destination (and not a cheap getaway for Aussies), I always pictured it having amazing beaches. Not true, though! Beaches are not the best thing about Bali – in fact, many are pretty drab-looking and rife with litter.

I dared to defy this claim by searching for an indisputably gorgeous beach in Bali. Surely there had to be at least one beach on the island worth writing home about, am I right? Some Googling led me to the beach at Karma Resort, accessible by cable car and open to non-guests who are willing to pay for access. Normally I’d turn my nose right up at the notion of paying for something I could get elsewhere for free, but in this case I reasoned that this beach had to be exclusive for a reason. Also: CABLE CAR.

It was my priciest-ever beach outing, at about $20 for admission (a chunk of that went toward food and drink, at least) plus cab fare to and from the resort. Totally worth it to hang out on a glorious white sand beach all afternoon, laying out on a lounge chair without anyone hawking souvenirs or massages. Bliss! 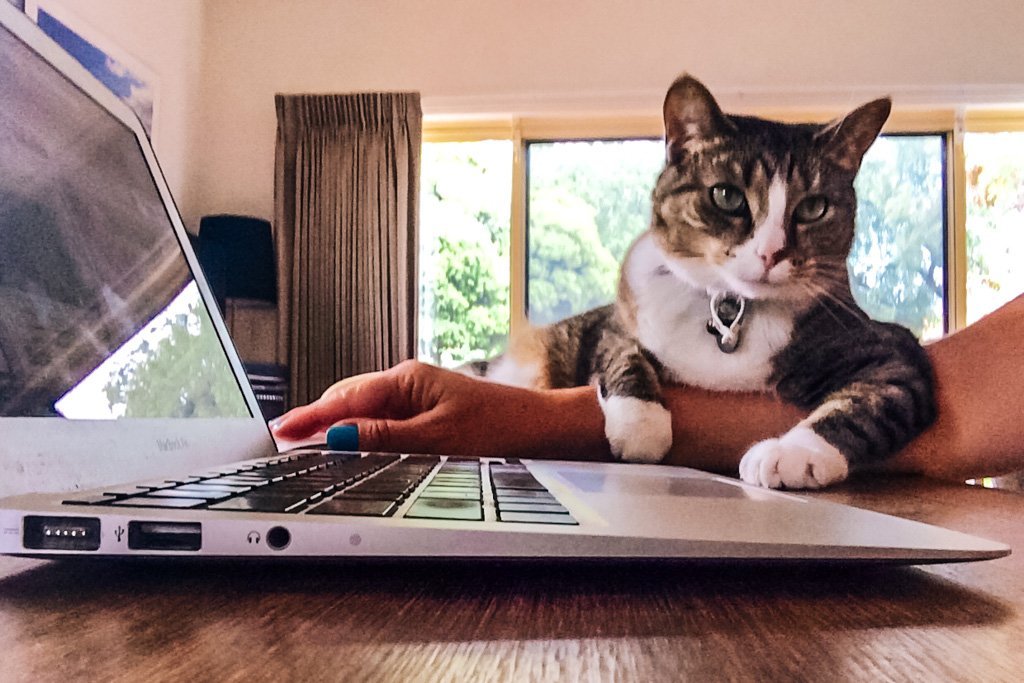 A whole house to myself for 4 weeks

I hit the house sitting jackpot by scoring a sit in Northcote, a pretty desirable Melbourne ‘hood, for a whole month! I loved hibernating in this spacious home, blasting my music, watching the entire Glee series, and getting lots of work done. I’d take Basa (the dog) on evening walks and fall asleep to Lottie (the cat) nestling herself either on my head or on my arms as I slept.

A 5-star hotel comp falls through

Real talk: would you guys consider me a sellout if I were to occasionally stay in more luxurious accommodations (for free, in exchange for a blog post, photos, and/or social media promotion)? It’s something I have mixed feelings about, but if you think about it I’m actually being SUPER frugal, true to my blog name, because I’m not actually paying for the fancy hotel myself – I’m working for it.

Anyway, I had a comped 5 star hotel stay lined up in Bali that would have included my own private pool and a complimentary foot massage package, aka the most amazing way to end my trip (and especially recuperate from Java), but just before I left Australia my PR contact went AWOL and stopped responding to my emails. I even tried calling her twice once I got to Bali and she was allegedly out of the office. So strange! 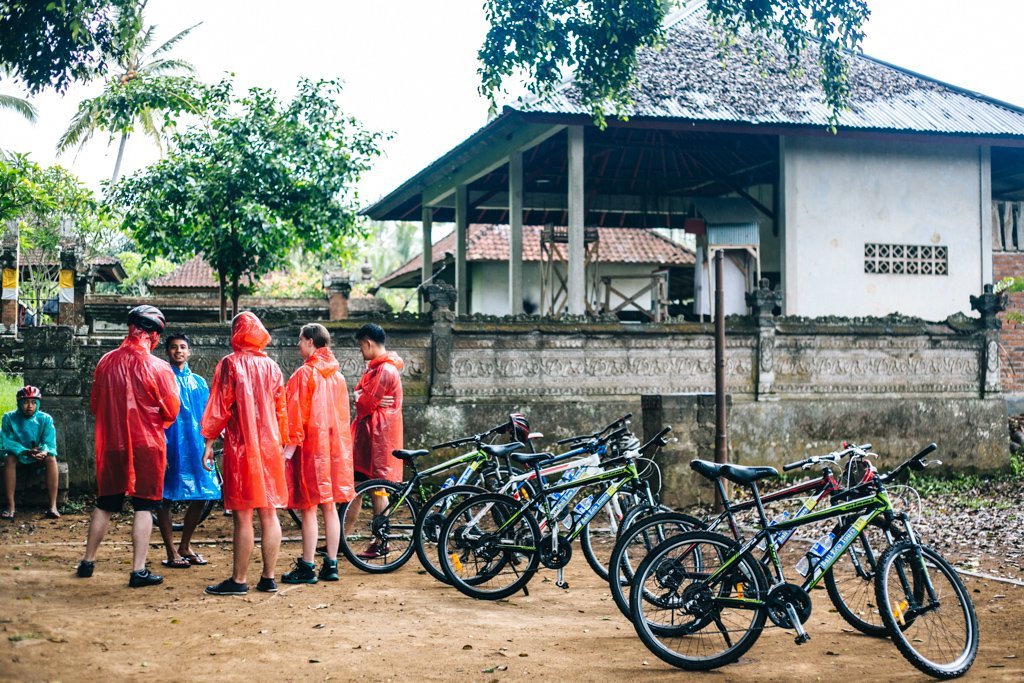 A rainy cycling tour in Bali

I was beyond bummed that after a week of sun, the rain finally made an appearance in Ubud on the day of my cycling tour through the Bali countryside. I hate rain and basically all manners of precipitation, but I usually cope alright by staying out of it. Cycling for an hour in a torrential downpour that DID NOT STOP until the very end was pretty miserable. I’d really wanted to explore the countryside and see some villages, but we hardly saw a thing through the rain. Major bummer on what was otherwise a lovely morning out.

Geez, what a hot mess Java was. I was off my game, exhausted, maybe a little lazy, and what resulted was the perfect storm of inconveniences, mistakes, and scams. I was especially sad to have missed out on hiking to Mount Bromo for sunrise – I ended up skipping it due to the volcano warning which banned tourists from entering (or so they said). I later met a fellow traveler who had done Bromo the day I would have been there and he said nothing happened when he went in. That’s what I get for always following the rules! 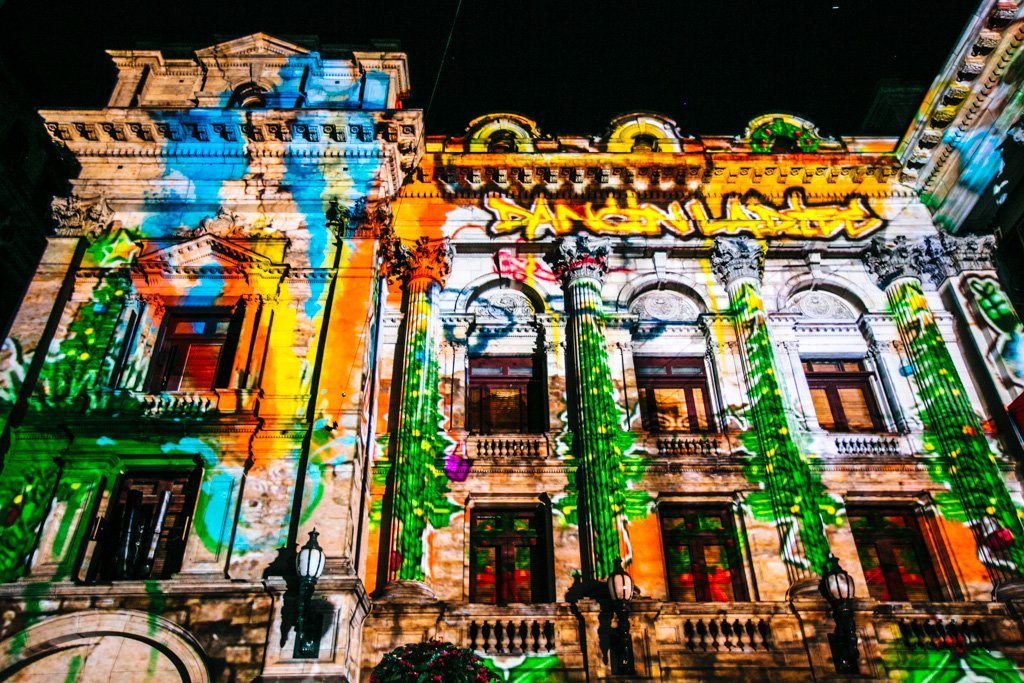 A Christmas light show on the Melbourne Town Hall building

Melb’s wacky weather is not news. I’ve heard people refer to it having 4 seasons in a day more times than I can count, but I recently learned that it tends to play a fun game in summer called *Scorching Hot One Day, Cool The Next*. As in, 110F followed by 60F (45C –> 15C) in less than a 24 hour span. How is this even possible?! Is there anywhere else in the world where this happens? I’m not super bothered by the heat, but the house I was sitting for had no aircon and only one fan in the entire place (a ceiling fan in the living room). Sleeping at night was pretty rough for a few hot nights.