India didn’t even make the original cut when I first started planning my 2013 Asia trip. My initial plan was to do the Everest Base Camp trek in Nepal, then make my way around Southeast Asia for a few months.

But then I thought about how India was RIGHT THERE, conveniently situated between Nepal and SEA. And how Holi, a serious bucket list item of mine, was conveniently taking place a few weeks after I was due to complete the EBC trek. Who knew if the time and place would be this right in the future?

And with that logic, India made the final cut as Month #2 of my 5-month journey. I finished up my time there by meeting some friends in Jaipur to celebrate the Holi festival – which, much like my entire time spent in India, can best be described as an intense experience.

Holi is known as the Festival of Colors, an annual celebration of the coming of spring. It’s celebrated mainly in India and Nepal by throwing colored powder – with some music, dancing, and bonfires thrown in as well, depending on the town. One of my favorite things about traveling is getting to be a part of the local festivals. I’ve planned trips around these events and it’s always been an incredible experience. In my opinion, there’s no better way to get a feel of a place or culture. 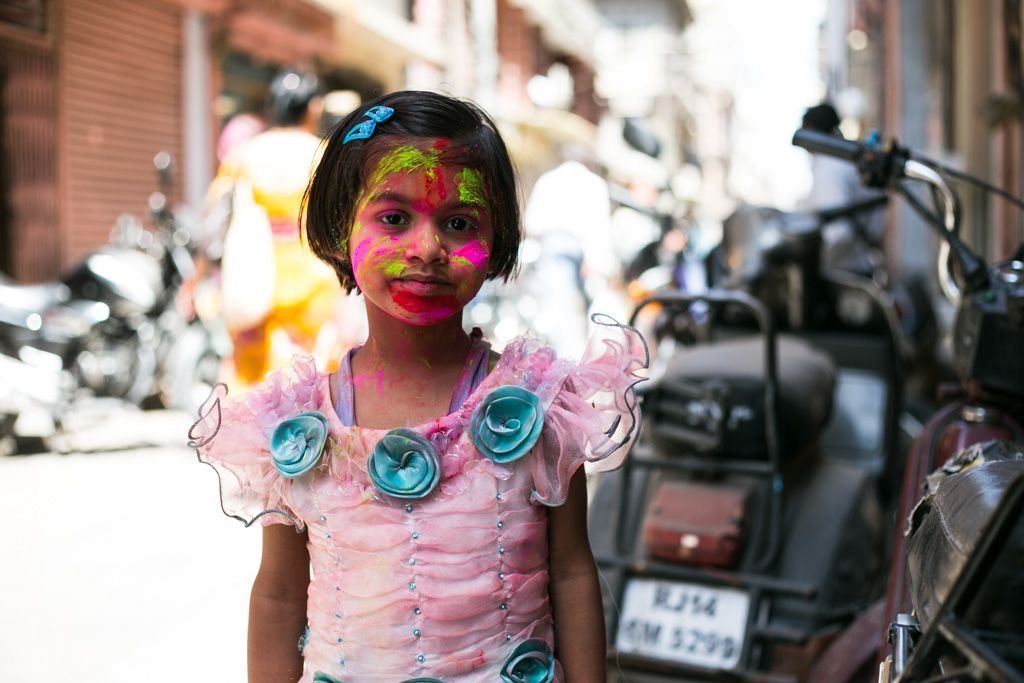 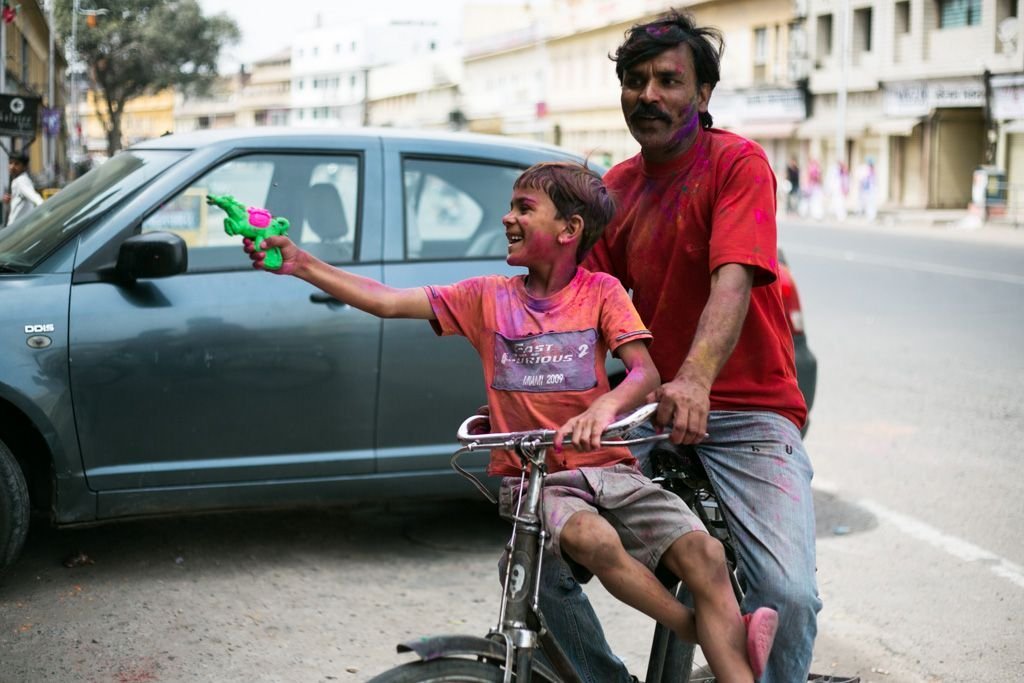 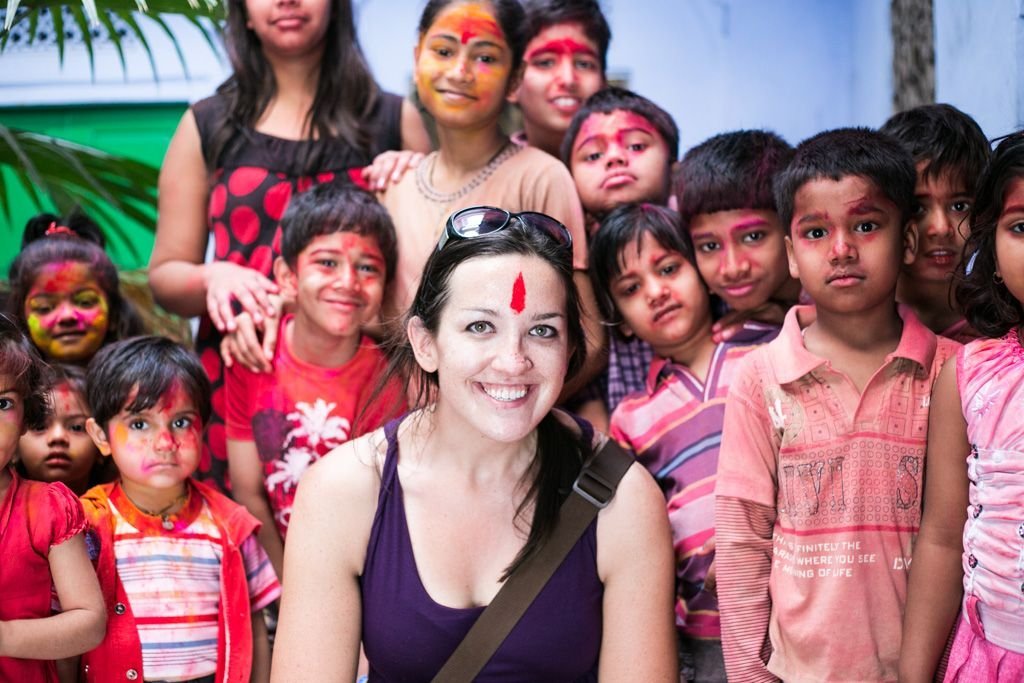 Though Holi is celebrated all throughout northern India, I chose to be in Jaipur for it because they also had an Elephant Parade the day before. It had to be a pretty big deal if a photo taken from this event made the cover of the Rough Guide to Rajasthan, right?

I met my friends Keina and Pascal for breakfast the morning of the parade, come to find out that it was JUST ANNOUNCED that morning that they were pulling the elephants from the Elephant Parade (due to animal rights protests). What kind of elephant parade has no elephants?! Exactly. So they swiftly renamed the event the Holi Festival. We still went to check it out, but let’s just say it’s not even worth blogging about.

The next day was Holi, which found us dressed in scrub clothes and armed with water guns and colored powder. Multiple people had warned us not to go into the Pink City because it “wasn’t safe”, and to stick to the hotel parties arranged for tourists. In typical Lindsay fashion, I scoffed at the thought of having an inauthentic Holi experience – and since when do I go where all the tourists go? That’s right, never! We all agreed to head to the Pink City, to nowhere in particular… and figured we’d just wander around and see where the action was.

Well, it didn’t take long to find it. In no time, we were bombarded with Indian men and boys who would greet us with evil smiles and smother us with their colored powder. Mostly it was innocent touching of the face and neck – but then I noticed some of them trying to smear the color on my chest area. There were a few men we encountered that were quite belligerent and wouldn’t respect us when we told them not to touch us. I found that yelling “DON’T TOUCH ME” with a stern look on my face usually scared them off. I also may have kicked a few guys who persisted. No one messes with this New York girl!

We soon noticed that there were no Indian women to be found on the streets during Holi – it was just Indian men and some tourists here and there. It was then that we realized that Holi is like a free-for-all for the Indian men to touch western women. All the warnings finally made sense to me after experiencing it firsthand. Yeah yeah, I could have listened to them straight away and done the lame tourist parties instead, but it wouldn’t have been the REAL Holi. Really, Holi was a culmination of all that I had experienced in the previous 3 weeks in India. Despite the intensity of it, I had a blast running from the Indians and playing with my friends. Everyone was in great spirits all day – we constantly heard passers-by shouting “Happy Holi!” to us on the street (which we soon morphed into “Ravioli!”, for kicks). 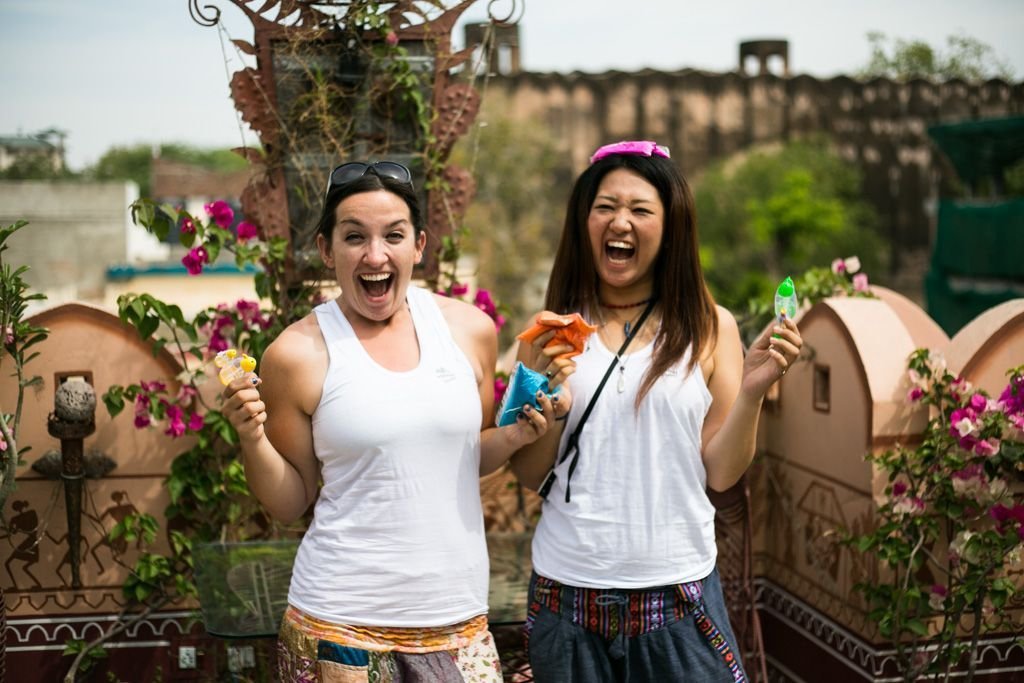 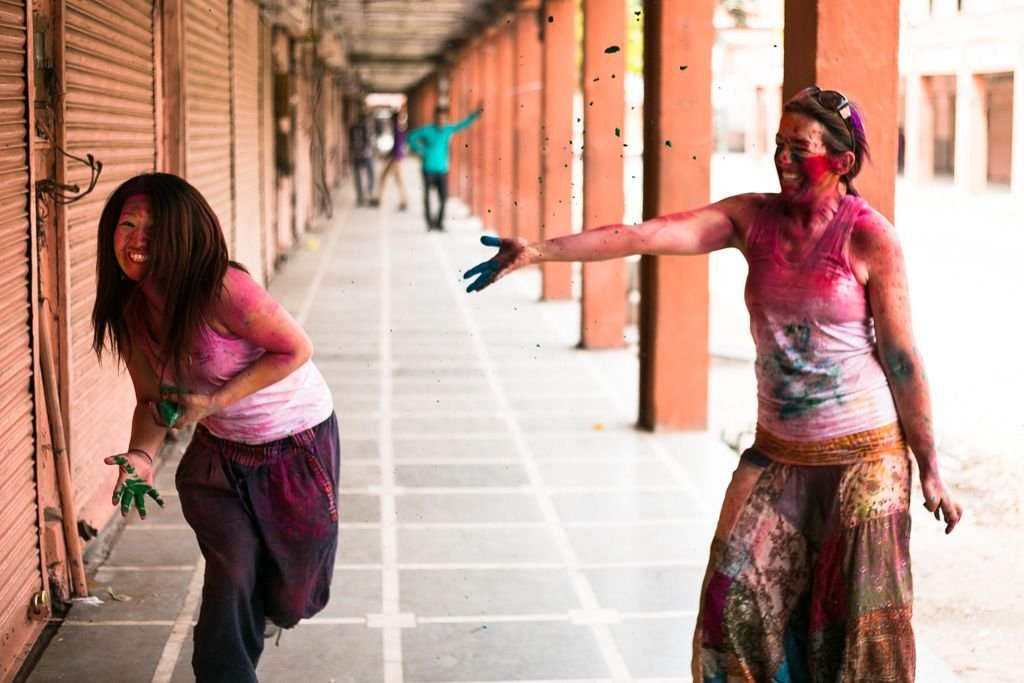 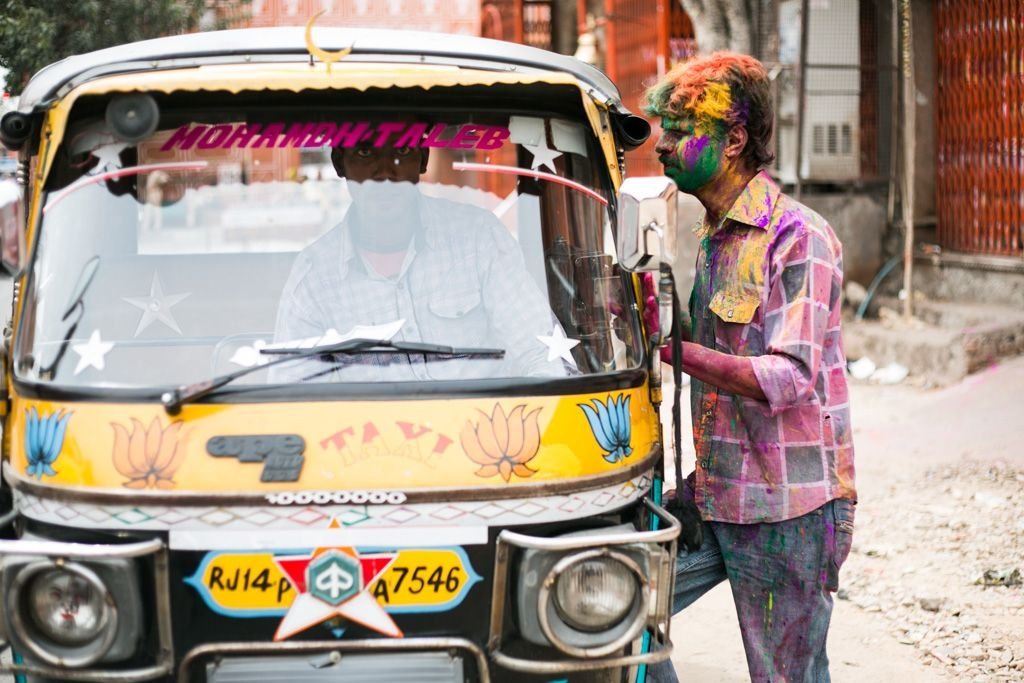 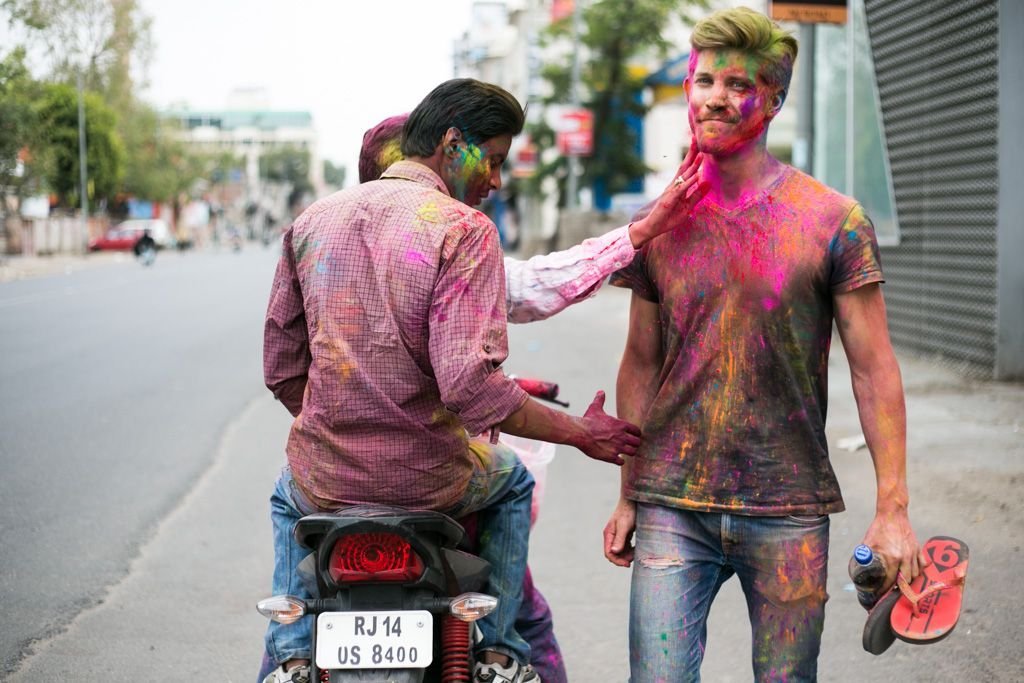 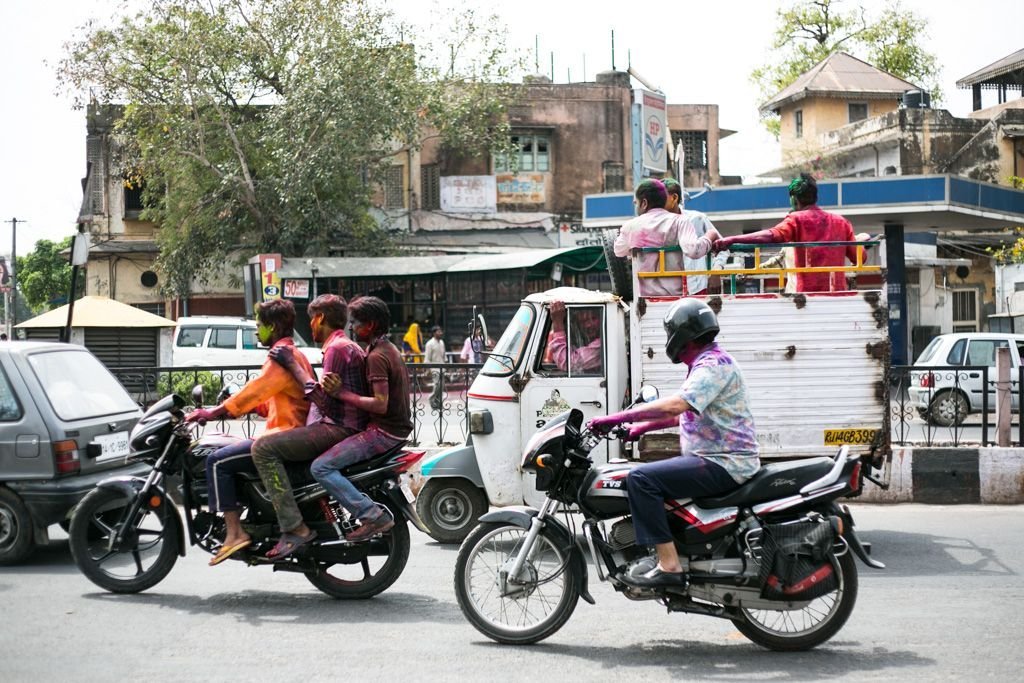 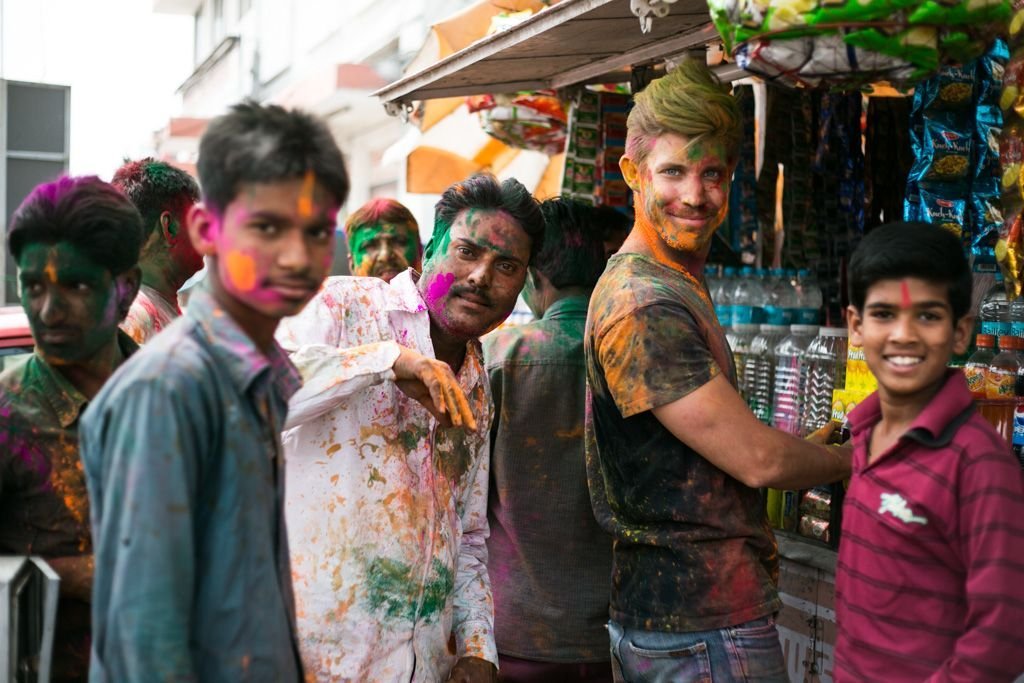 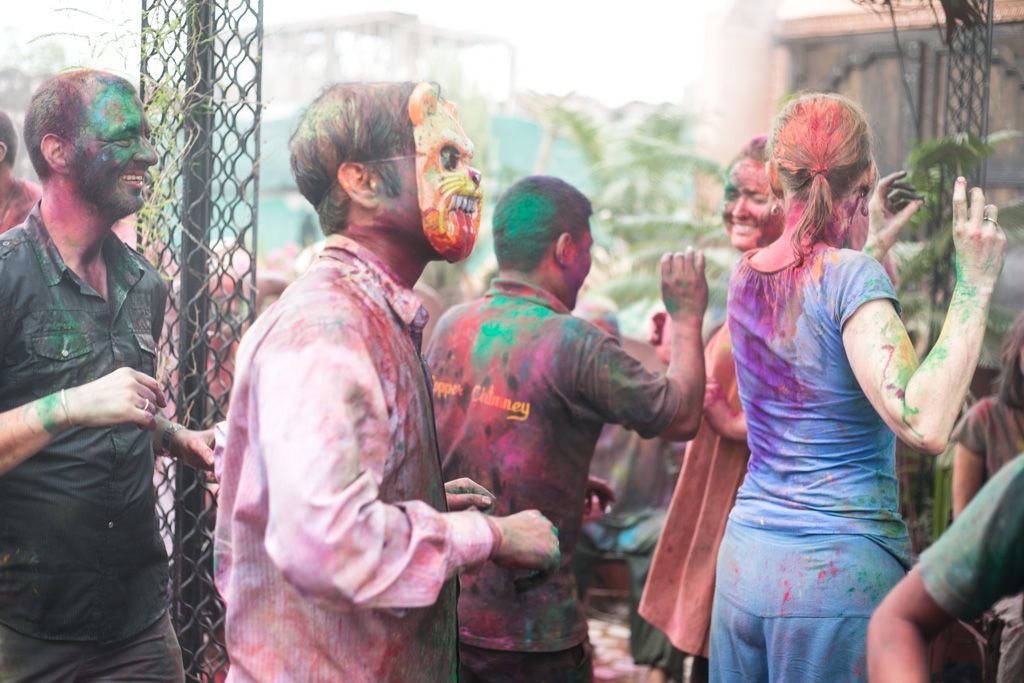 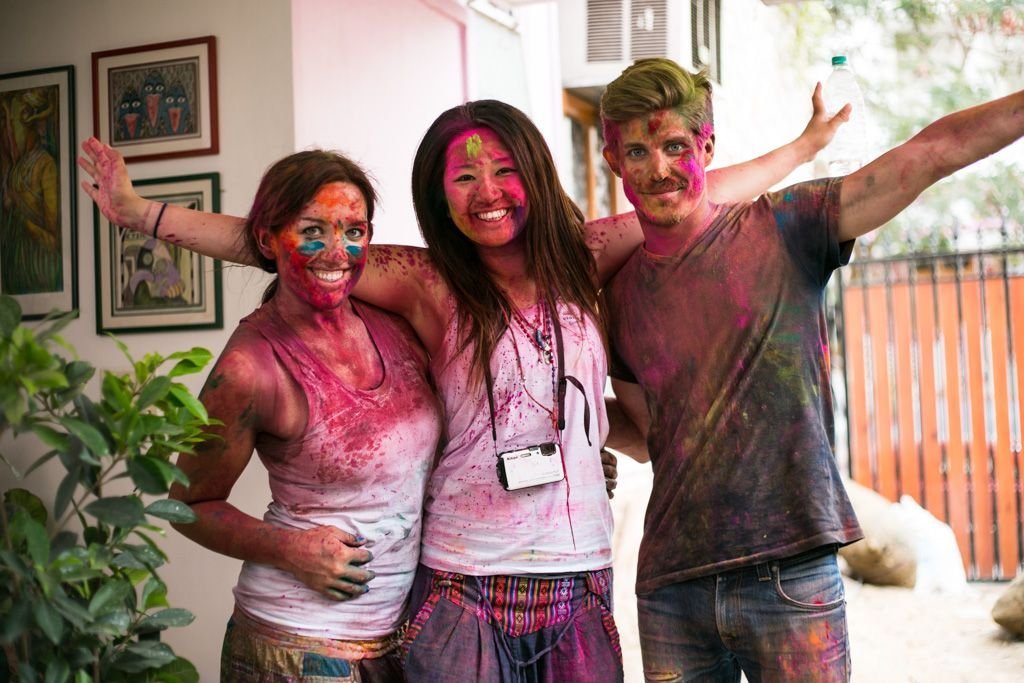 Tags: AsiaHoliIndiaJaipur
Previous ArticleCrossing The Border On The New Bangkok-Siem Reap Bus
Next Article Traveling in India: 3.5 Weeks in Review